Lance Woolridge wants to continue paving the way for young South Africans as he looks to drive Veloce Racing into the Extreme E title conversation.

The 30-year-old will be entering his third event as a team driver when the electric off-road series heads to Sardinia, after spending much of 2021 as a reserve driver. 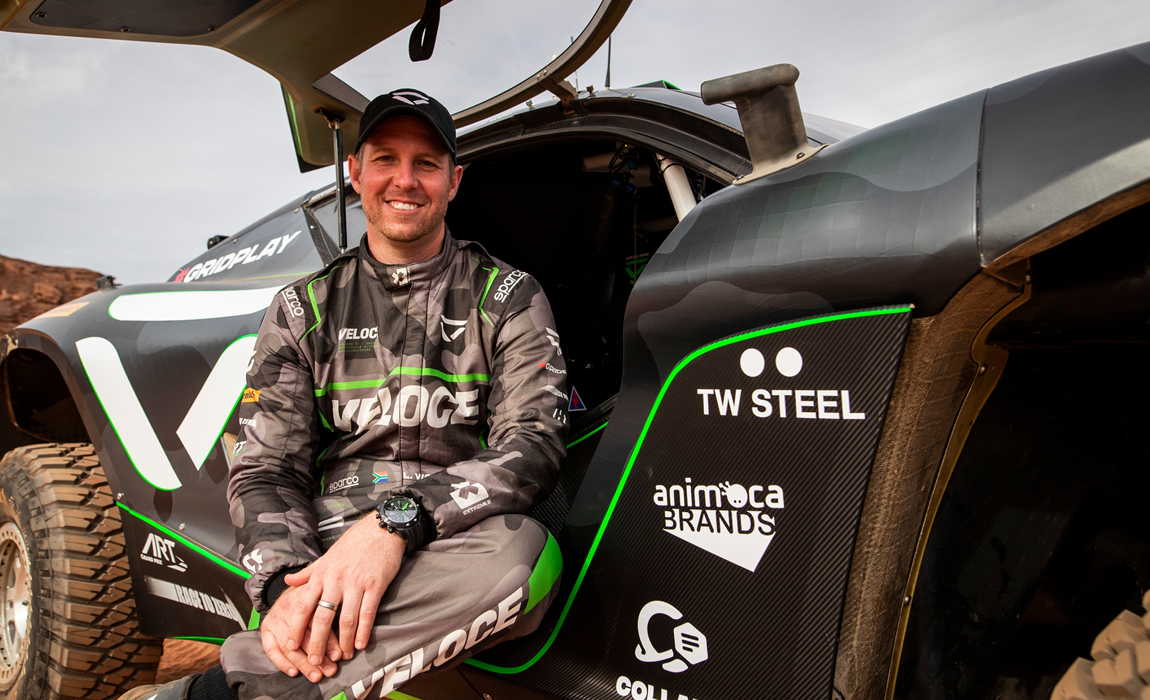 Speaking exclusively to Xlerate, Woolridge tells of his eagerness to get behind the wheel of the Veloce car in a competitive scenario.

“I took a big interest in Extreme E straight away and I was following all the developments,” says Woolridge. “An opportunity came up from Ian Davies – the Veloce Racing team manager – who offered me the chance to be part of the team. So, I have been lucky enough to be involved from the start, through developing and testing the car before and during the first year.“

“Any driver is not a good spectator from the sidelines! It did however give me another perspective on the whole championship, being able to see and analyse everything from outside without the pressure of being the driver.” 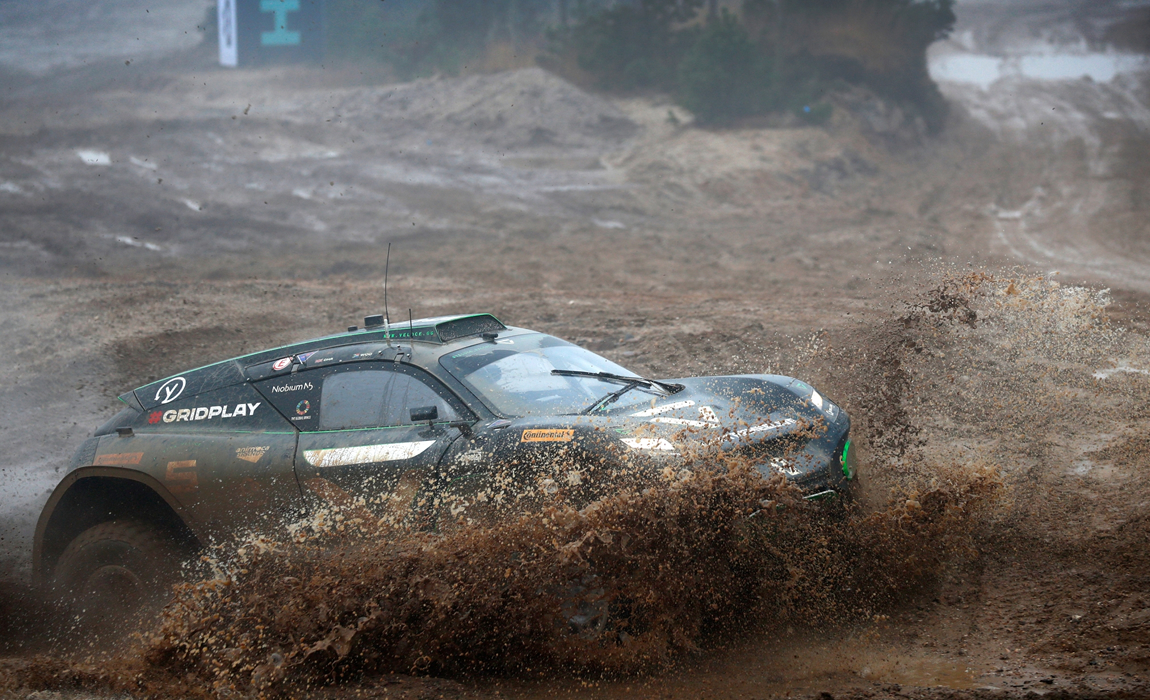 Woolridge got his first taste of competition in England for the fifth and final event of 2021, before securing his seat as a permanent driver for 2022. After showing great pace in round one in Saudi Arabia, the Veloce car had to be retired following an accident for Cristine GZ, but Woolridge says this won’t change the team’s aggressive driving strategy in future events.

“What happened in Saudi was a just an unfortunate accident, not at all Cristine’s fault. There’s no reason to ‘back off’ as such because we have shown the pace to compete.“ 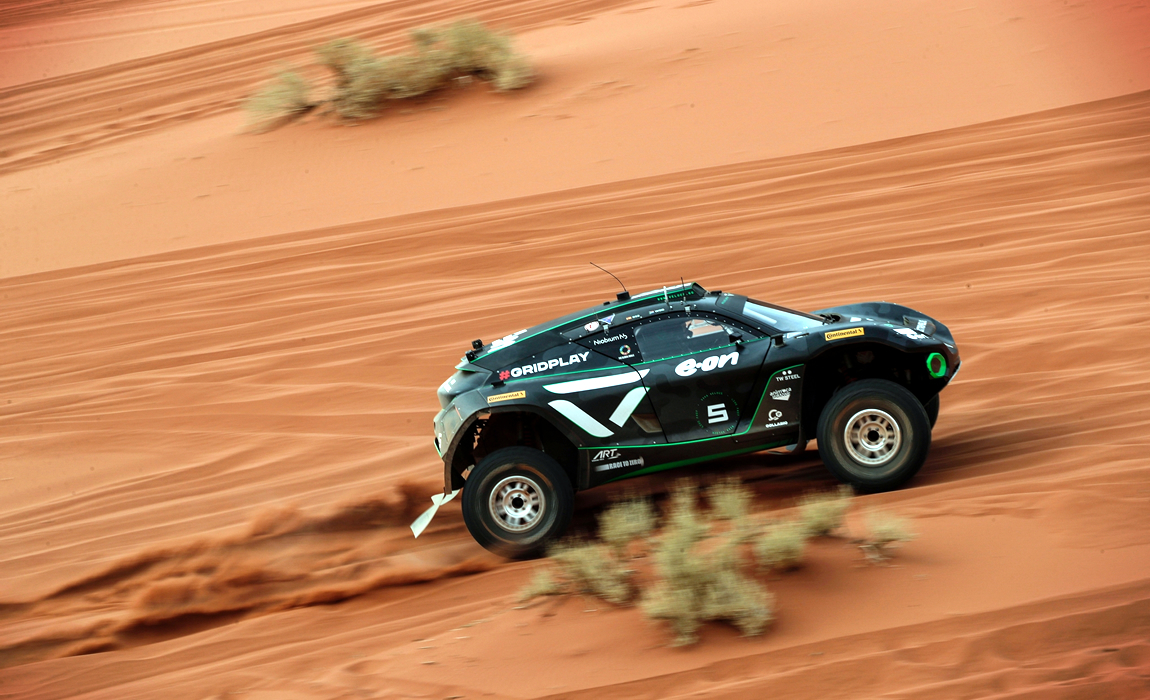 “We’ve also got some nice upgrades on the car that we’re testing in France ahead of the next race, so that’s really exciting. The car will be a lot stronger and predictable, particularly from the suspension side, so yeah, I think we have a good reason to believe that we can get a good result.”

The goal for Veloce is clear; take the fight to the likes of Team X44 and Rosberg X Racing, the two title contenders of last season. Woolridge is confident that his team is more than capable of rubbing shoulders with the very best. 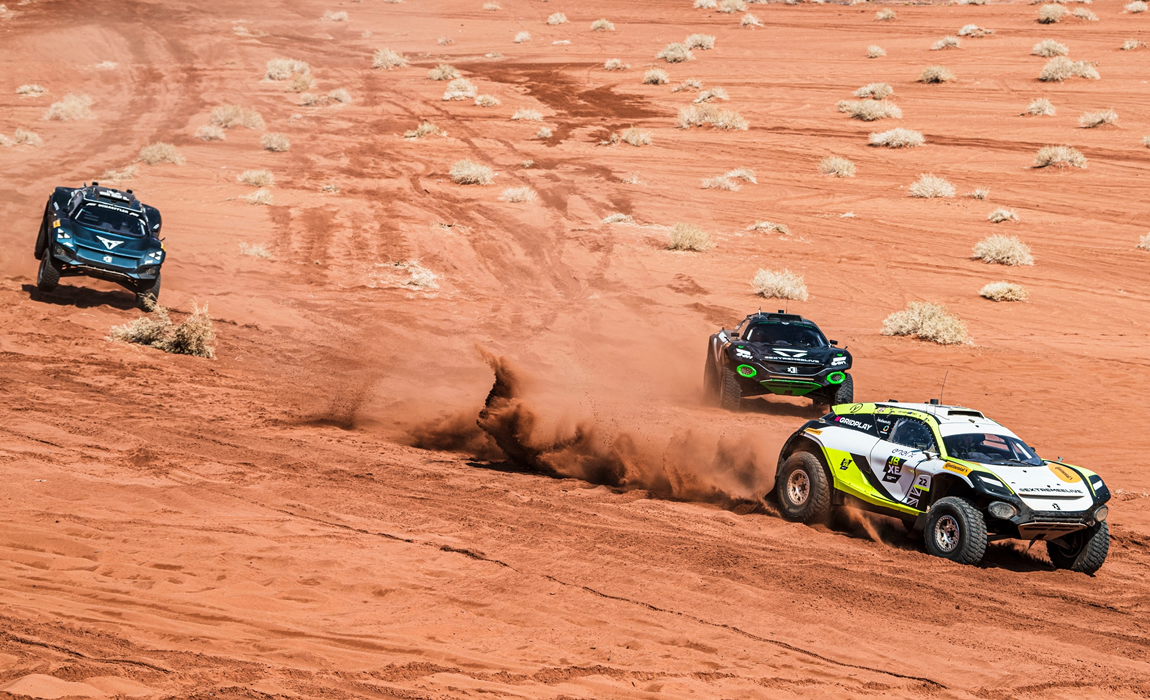 “That’s the beauty of Extreme E, that we’re all in the same car so there’s no technological or financial advantage for any team, so it’s up to our driving. We have shown at certain times that we have the pace to do that so it’s about getting it all together and getting through the weekend, and I am fully confident in us as a team.”

It’s clear Woolridge is up for the challenge, and he continues on to explain how much of a dream come true it is for him to be competing alongside the likes of Sebastien Loeb and Carlos Sainz.

“I’ve often got to pinch myself at these events because if you had told me growing up as a little boy, these were just dreams of mine.“

“That being said, I did also always want to be a Springbok rugby player but seeing where I am now, it’s a big privilege that I really appreciate. I’m learning a lot all the time and being involved in these events, networking with the guys and girls, it’s a real privilege.” 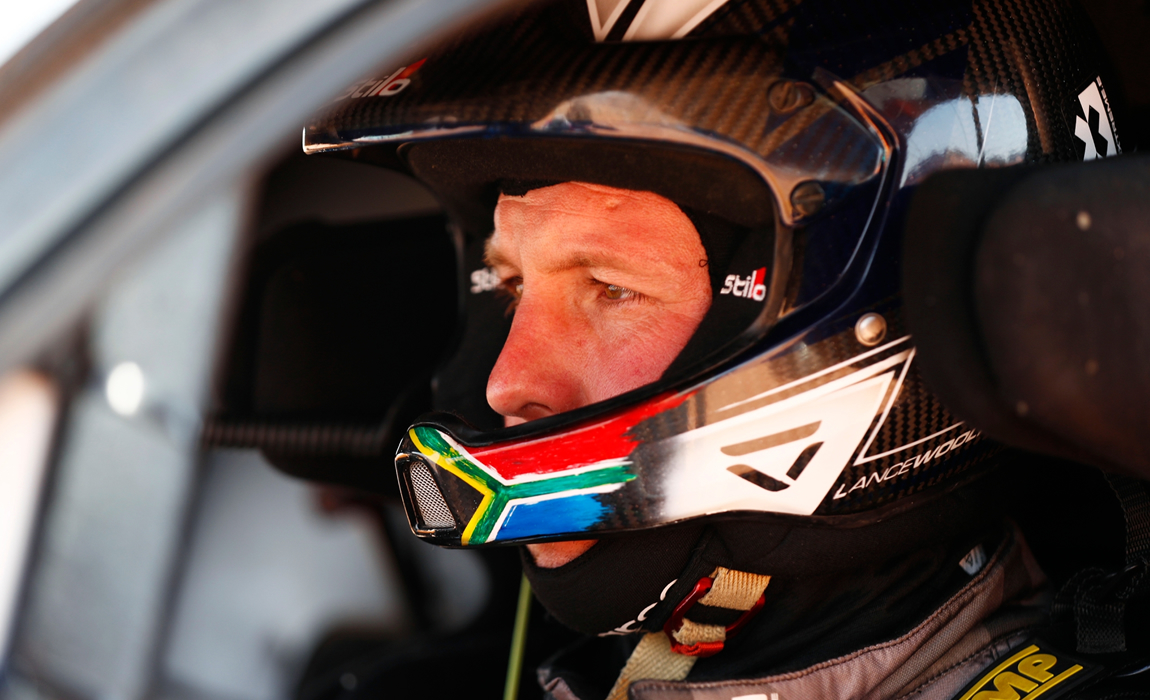 He touches on his South African heritage and explains the pride he takes in being able to fly the flag for his country.

“It’s a fantastic opportunity that I’ve got, and it’s really special to me. South Africans have a lot of talent in the motorsport world, but with all the things that go on in our country, motorsport is not high on our priority list.“

“However, when you’ve got guys like Kelvin van der Linde and Jordan Pepper in track racing, Brad Binder in Moto GP, some of our other guys that do Rally Raid and Dakar, you see we have a really high calibre of drivers and competition in our country. It’s very nice and a privilege to show other South Africans that it is possible to hang with the world’s best.”

Woolridge himself comes from Rally Raid and is a two-time Class T champion in the South African Cross-Country Championship. His experience of throwing heavy machinery through difficult terrain has proved invaluable in Extreme E, although he admits there are key differences between the cars. 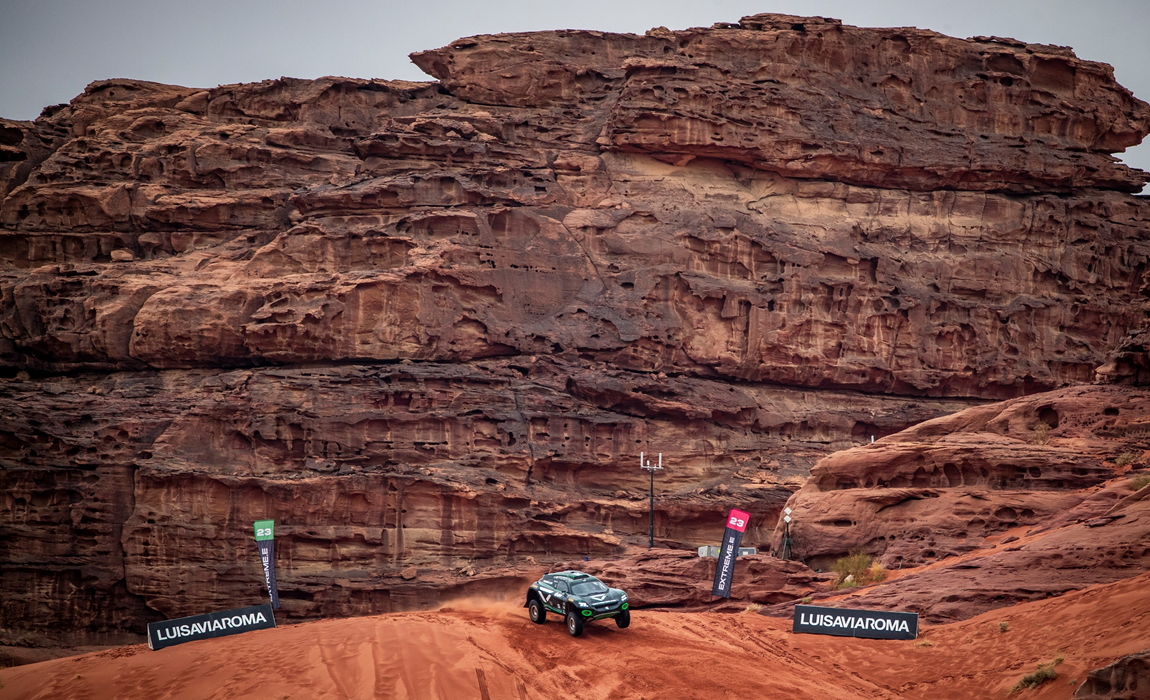 “There are nice similarities between the cars – big wheels, similar weight, same suspension travel. However, in Rally Raid you are used to having to pace yourself for 400-500km a day over multiple days, whereas Extreme E is this high burst of intensity over six or seven kilometres, more like the style of F1 qualifying. That side is very different and has taken some adapting to, but in turn it’s given me that other angle to my driving.”

“From the electric side there are also key differences, the biggest of which is the sense of speed. In a combustion engine you have revs and gear changes that give you that feeling of how fast you are going, whereas the Extreme E car is more and more quiet the faster you go. But still at the end of the day, it’s a steering wheel, brakes, accelerator. Put a driver in a car and we’ll make it go!”

Finally, Woolridge is proud to be able to do some good for the planet for Extreme E, and highlights the impact the Championship is having on helping to raise awareness of the dangers of climate change. 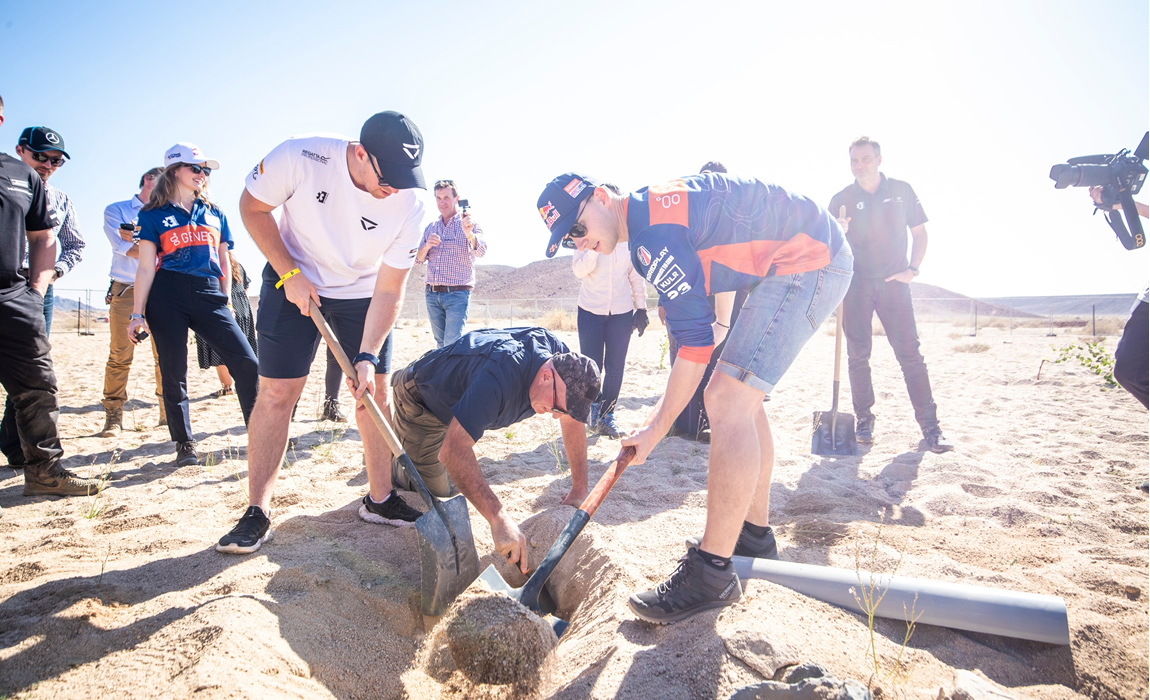 “Extreme E is so multi-faceted, with this exciting motorsport part to it but also this environmental side is very real. A lot of other championships will say they’re doing something and not do it, but with Extreme E you can really see the actions and giving back. The drivers and staff are all trying to do more to look after the environment, and doing our best educate those around us and spread that awareness.”

“We know the change won’t happen overnight, but just to be involved in sharing that awareness is really nice.” 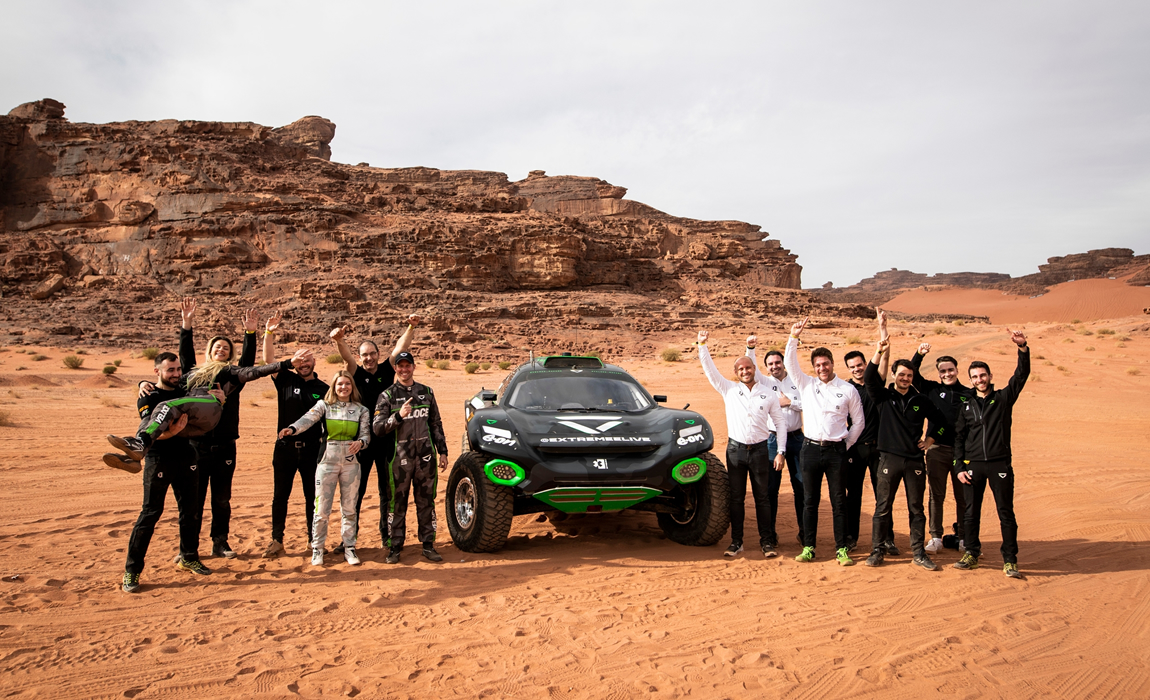