They were followed by Veloce Racing, the only other car to come out unscathed after incidents down the beach straight towards Turn 2.

JBXE Racing claimed the final podium position by virtue of travelling a few hundred yards further than Team X44, after both teams had to retire their cars.

The result means RXR mark themselves as the team to beat, after winning both of the first two races of Extreme E.

They extend their advantage at the top of the championship standings to 71 points, ahead of top qualifiers Team X44 on 57.

Turn 2 Trouble in the Final 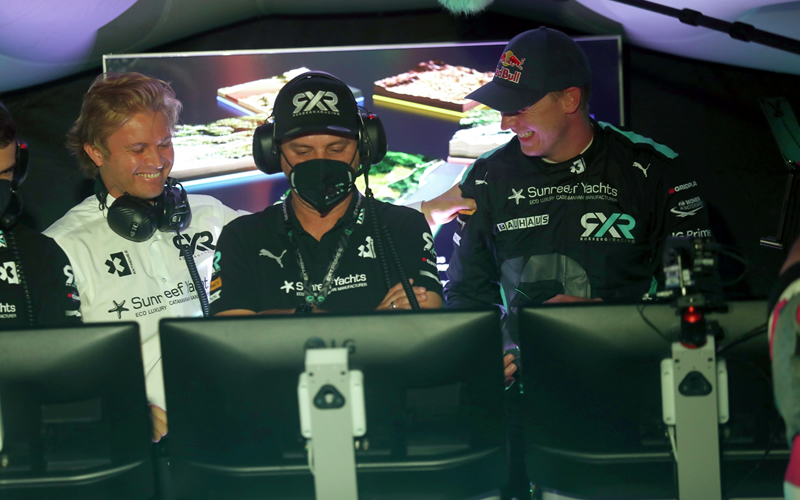 Nico Rosberg revealed in the post-event press conference that even before the final had started, his team were facing difficulties as they lost radio contact with Taylor on the pre-grid.

They managed to fix the problem to the point that the team could communicate with her, but she would not be able to reply. 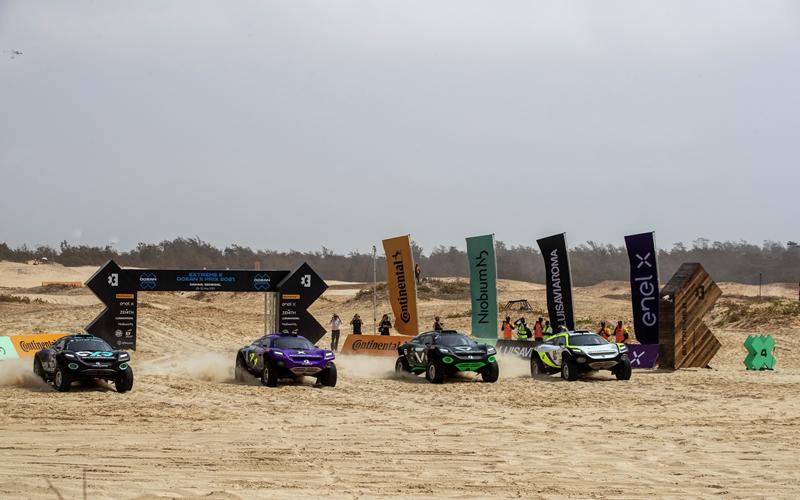 Off the line, Stephane Sarrazin of Veloce was smothered by Michaela Ahlin-Kottulinsky and Cristina Gutierrez of JBXE and X44 respectively, meaning he had to let go of the throttle and dropped back.

During this incident, Ahlin-Kottulinsky received a shunt and sustained heavy damage, and also started to drop away from the leading pair.

Taylor and Gutierrez arrived together at Turn 2, but Gutierrez’s steering broke as she was forced wide. 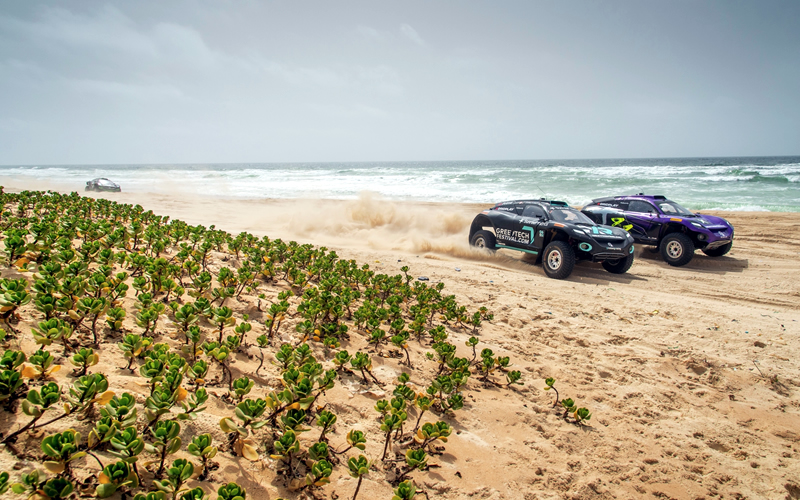 She pulled off to the side of the course and was passed by Ahlin-Kottulinsky before the Swede’s car also gave up, due to a broken driveshaft and suspension.

Sarrazin followed Taylor throughout lap one, told by his team to not take any risks because they had seen what had happened to their ill-fated competitors.

As the drivers reached the Switch Zone, the race was red flagged to remove the stranded cars left by Turn 2, resulting in a full restart.

Kristoffersson and Jamie Chadwick jumped into their respective cars to complete the final lap shoot out for the top spot.

It was Kristoffersson that won the race off the line and down the straight to Turn 2, and he led Chadwick all the way to the finish to take the win. 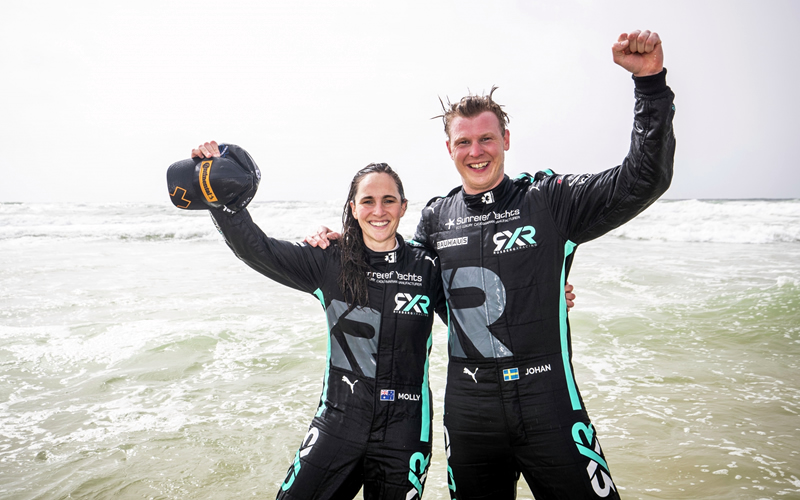 “I have to say it’s nice! I like to have discussions with Nico and bring up new ideas, He has a lot of experience, and he likes to be in the moment for the competition. I think he likes the position he is in now, and he wants to be involved.”

Rosberg himself has developed a newfound appreciation for the role that he did not have during his Formula 1 days.

“It’s a new challenge for me because I have never been on the opposite side in this role, Now I look back at when I used to criticize Toto Wolff, (Rosberg’s team principal at Mercedes F1 team), I’m like s***, I shouldn’t have criticized him! It’s actually quite difficult to be in that role!”

The first of the semi-finals saw the top three qualifiers face-off in a race for two spots in the final.

It was Mattias Ekström in his ABT Cupra car that got the best start, staying clear of the battling Kristoffersson and Sebastian Loeb. 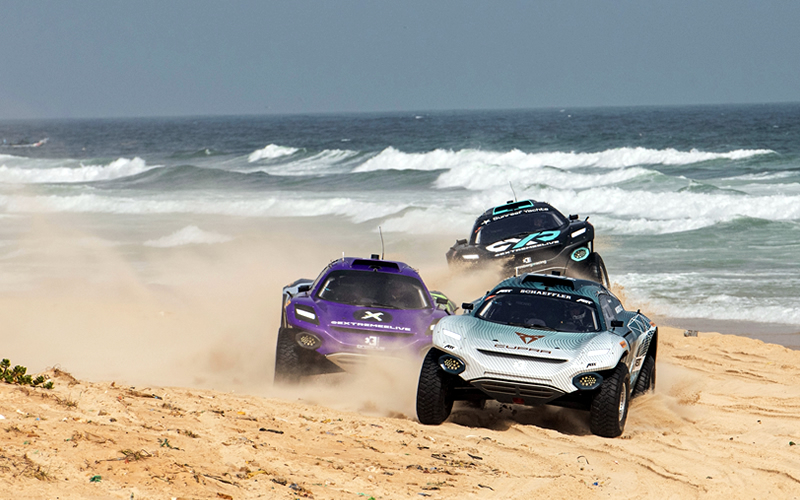 Kristoffersson took a wide line into Turn 2 and slingshot past Loeb before shutting the door and taking P2.

But in the Switch Zone, gremlins hit ABT Cupra as Jutta Kleinschmidt’s radio failed, so her mechanics were unable to tell her when to pull away following her mandatory 40-second stop.

This pushed her to the back of the order, and despite taking a few alternative lines in her lap, she was unable to recover. 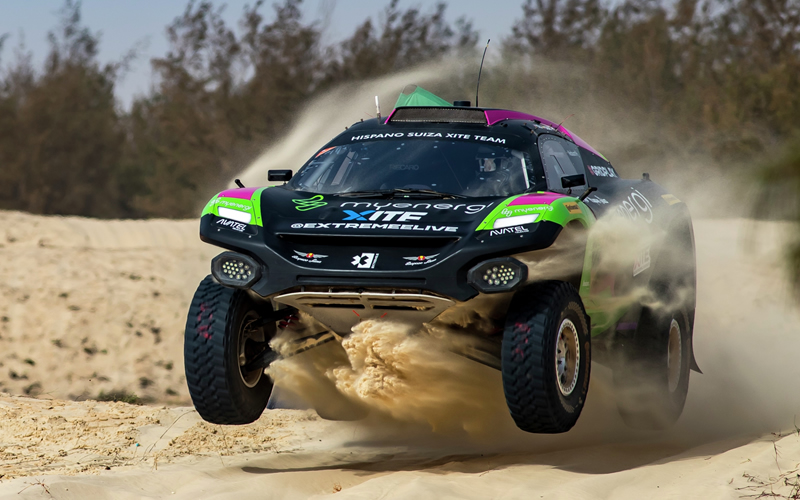 Semi-Final 2 featured a brilliant duel between XITE Energy Racing and Veloce, as JBXE ran clear ahead.

Oliver Bennett managed to get ahead of Chadwick at the end of lap one, giving Christina Gz a slender advantage for the final lap.

Sarrazin worked an alternative line to his advantage to get the slingshot on Gz early in lap two, but the two cars continued to tussle. 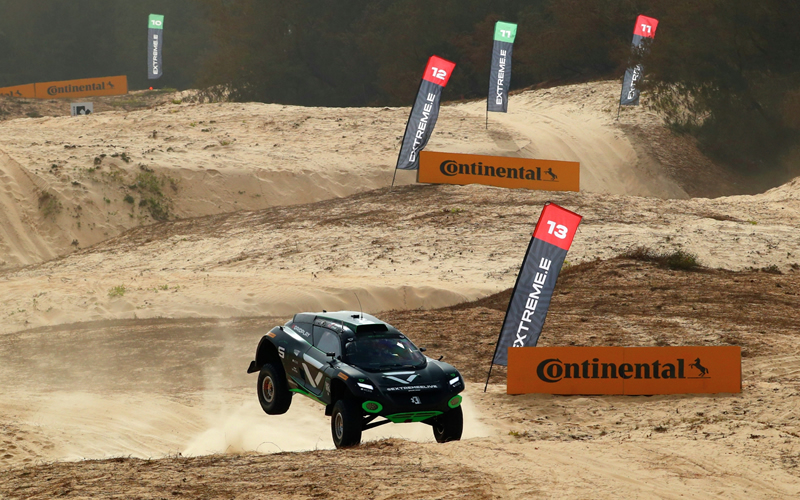 Late in the lap, Sarrazin appeared to pick up a problem and slowed right down but was able to position his car in a way that kept Gz behind him before he managed to sort the issue, taking the last remaining spot in the final.

Along with winning the five points available for the fastest middle sector of the weekend, Kyle LeDuc and Sara Price were able to finish P1 in their Shoot Out race with the two other teams that did not make the final. 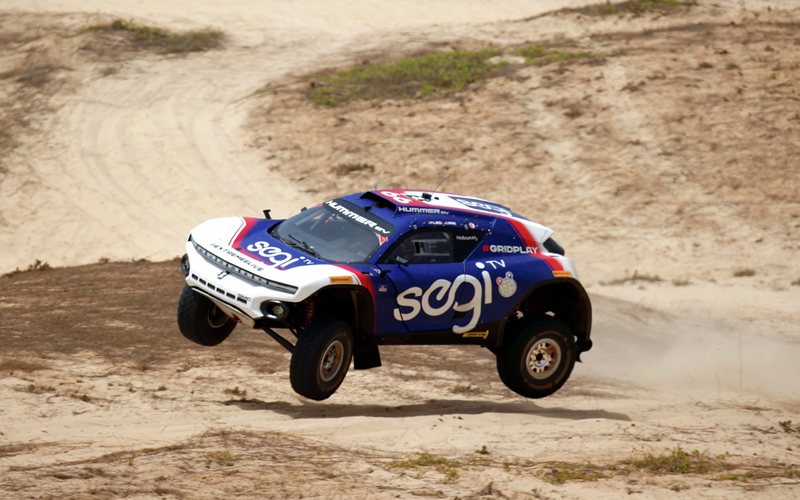 Taking control of the car for lap two, LeDuc managed to pull off a mega overtake on both the Andretti United and Acciona Sainz cars with a flat-out push through the sand dunes.

Next time on Extreme E…

The series heads to Greenland for the Arctic X-Prix, on August 28-29, with the event aiming to draw attention to the melting ice caps.