The traditional summer break is one that seems to drag its heels for drivers, teams and spectators alike. With the return to racing, however, the Kwik Fit British Touring Car Championship descended upon Snetterton and where once the rumble of American bombers rolled across the Norfolk countryside, today it is home to the sounds of action, excitement and motorsport. 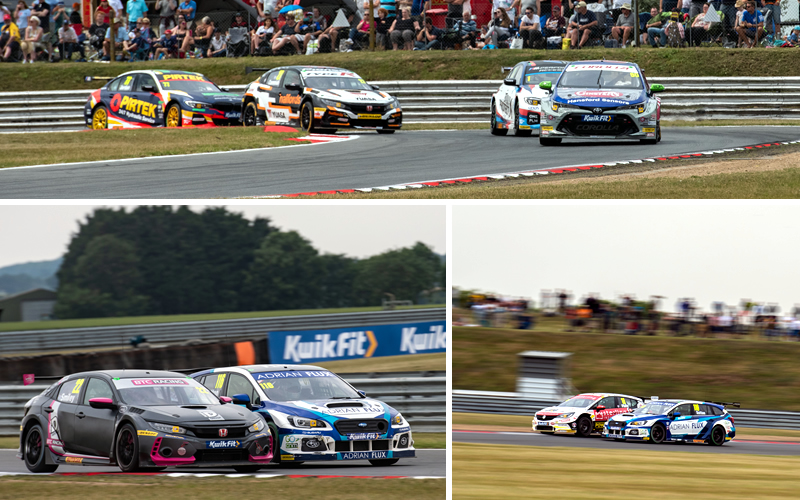 The talking point of the weekend was the decision to dispense with the traditional tyre compound selection. For the first time, all 3 compounds were available to use, albeit one tyre compound per race, but the ability to adapt to each race by allowing teams and drivers to select which tyre to use up until the field left the grid on the green flag lap meant that the racing across the entire grid was always going to be frenetic.

Tom Ingram kicked the weekend off in style by securing pole position during Saturday’s qualifying session. The Team Toyota GB with Ginsters Corolla already has a reverse grid win to its name this season but an outright lights to flag victory in Race 1 was a superb result for the team. 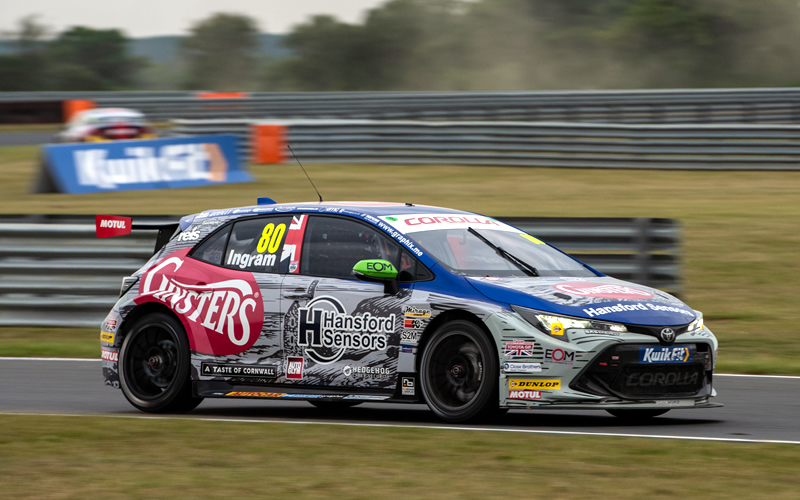 Dan Cammish continues to show promise in the Halfords Yuasa Racing Honda Civic Type R as the Yorkshireman took a solid second place but the hunt for his first BTCC win marches on. 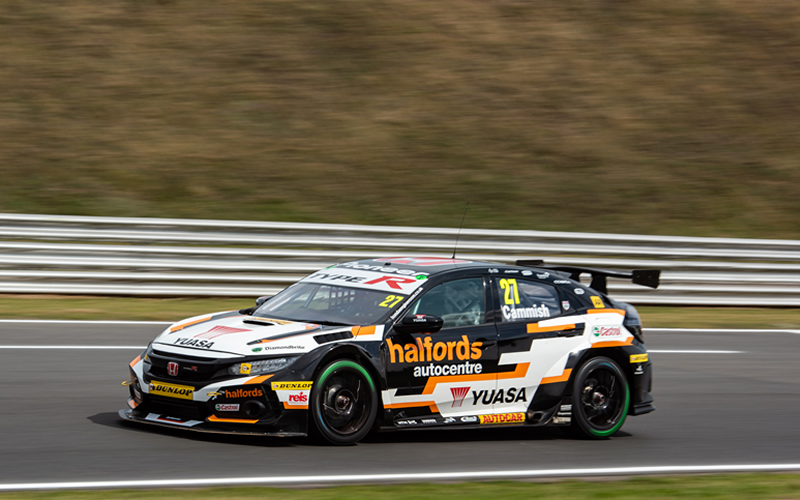 The Team BMW 3 Series had a tougher time of things this weekend. The rest of the field (with the exception of Team Parker Racings’ 1 Series) were given a turbo boost gain which equated to around 4bhp and had had a centre of gravity adjustment. 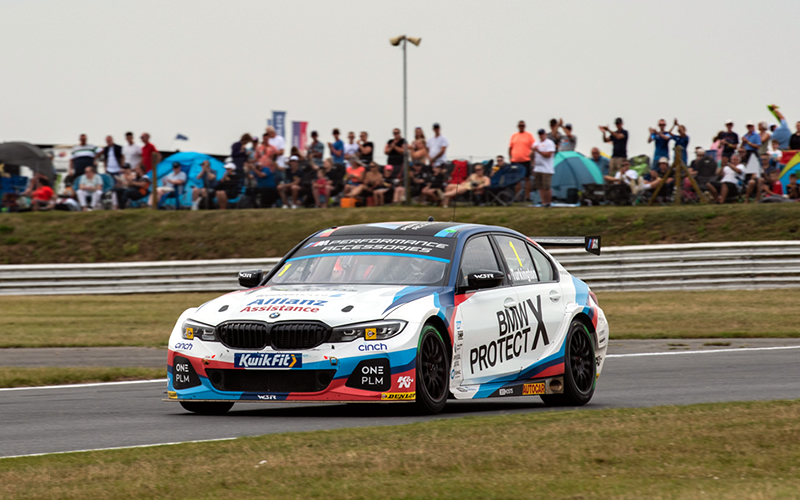 This didn’t stop the championship leader, Colin Turkington, from securing a well earned 6th win of the season in Race 2 and it was also the 10th of the year for the WSR-run BMW’s, a record number achieved by the Surrey outfit in a single season. 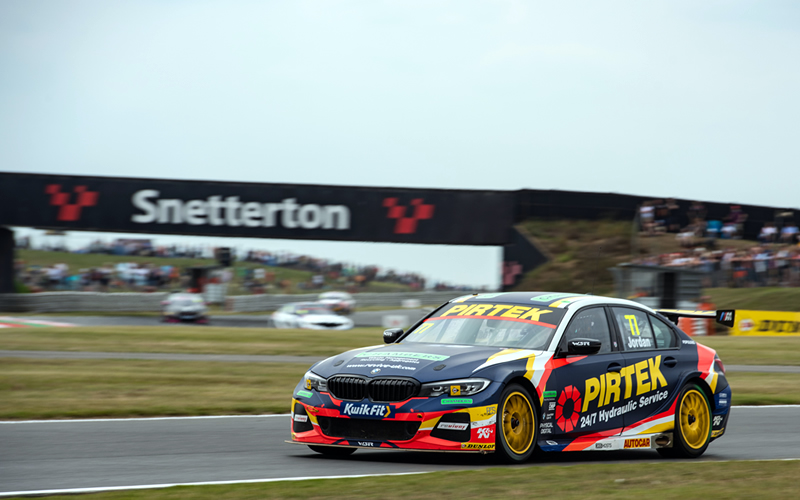 Dan Cammish scored another second place finish of the day while Andrew Jordan finished on the third step of the podium which led to another milestone. It was the 200th BTCC podium in total for the WSR/BMW partnership.

Rory Butcher took the honours in the final encounter of the day but not before the touch paper was lit to start the fireworks. The Scotsman started from 12th on the grid but fought his way through the field and with a battling Jason Plato and Ash Sutton ahead of him on the road fighting for the lead. 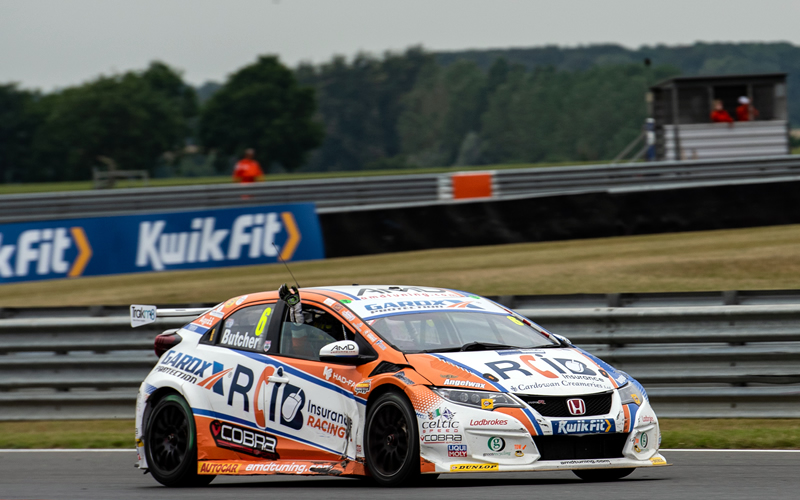 The savvy Scot jumped at the first opportunity having gone three-wide down the Bentley Straight and took the pair on the run through Brundle and Nelson, following contact between the Sterling Insurance Power Maxed Racing Vauxhall and the Adrian Flux Subaru Racing Levorg. 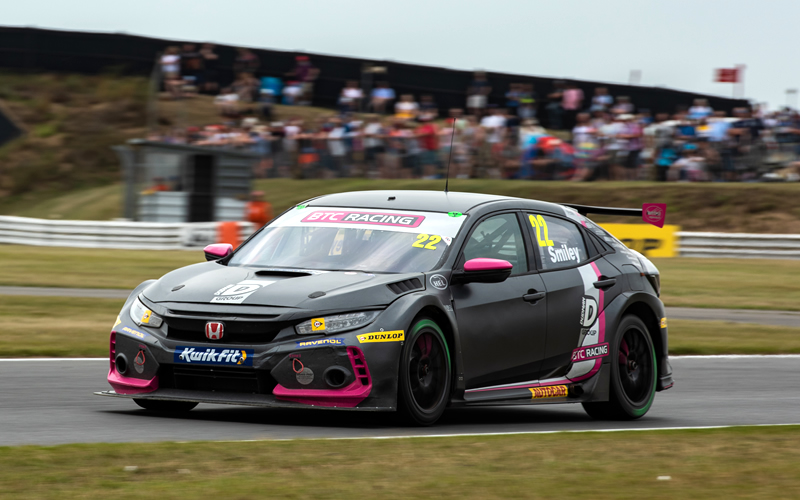 BTC Norlin duo, Chris Smiley and Josh Cook, completed the podium following on from Smileys’ reverse grid pole position and Cook following Butchers lead to carve his way through the field from 15th.

Jason Plato finished in 5th on the road after the incident with Ash Sutton, the latter ending up in 20th position. After the race, an irate Sutton called Plato “brainless and dangerous” following his on-track antics throughout the race and as a result, Plato was handed a cumulative 15-second penalty, included an incident with Chris Smiley, which ultimately demoted him to 17th. 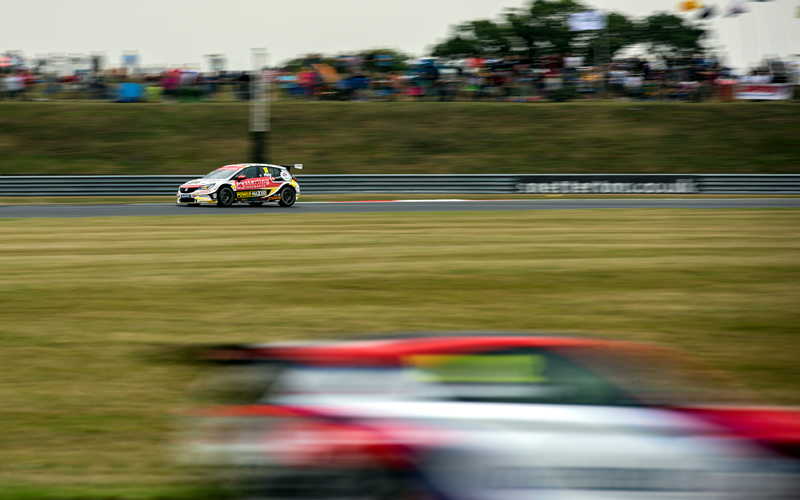 Elsewhere in the field, Ollie Jackson put on a strong performance by posting 3 Top 10 finishes in all 3 races. Nic Hamilton, in the sister Ford Focus, also showed an increase in pace and performance, finishing 22nd, 20th and 18th across all the races. Sam Osborne scored his first BTCC point in Race 3, a result that delighted both him and the team.

For Aiden Moffat, Snetterton could very well have been a public test session as the Laser Tools Racing team traded in their Mercedes Benz A-Class for the Infiniti Q50, a car which was last seen in 2015 in the hands of Support Our Paras Racing. The car has had a complete rebuild but made a good account for itself across the weekend. 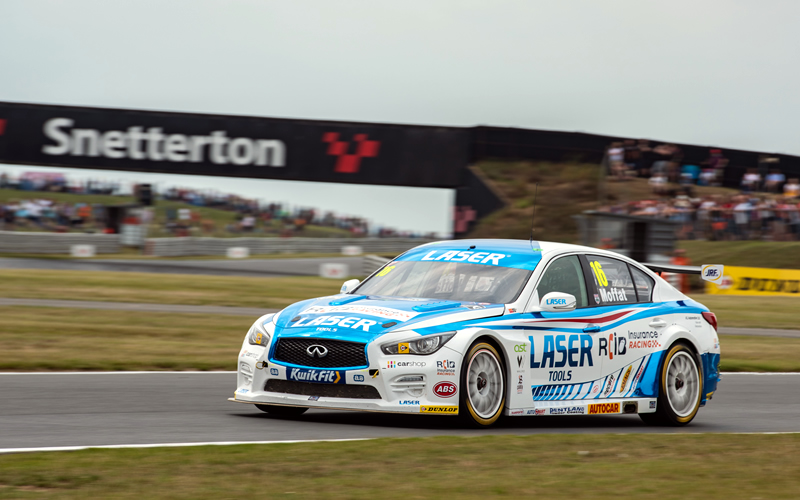 Like Chalk and Cheese, the return to racing is usually supported by the silly season rumour mill. As ever, it is all to be taken with a pinch of salt but could we be seeing some plans for 2020 already developing? Permit me to be a bit cryptic here.

Where there are two, shall be none.  Where there is one, there once was two and a champion to a new home. Could a new marque be gracing the BTCC grid, not just the support package?

What we do know for sure is that EXCELR8 Motorsport’s preparations for next year have been given a substantial boost after the team confirmed a fresh title sponsorship agreement with Draper Tools. 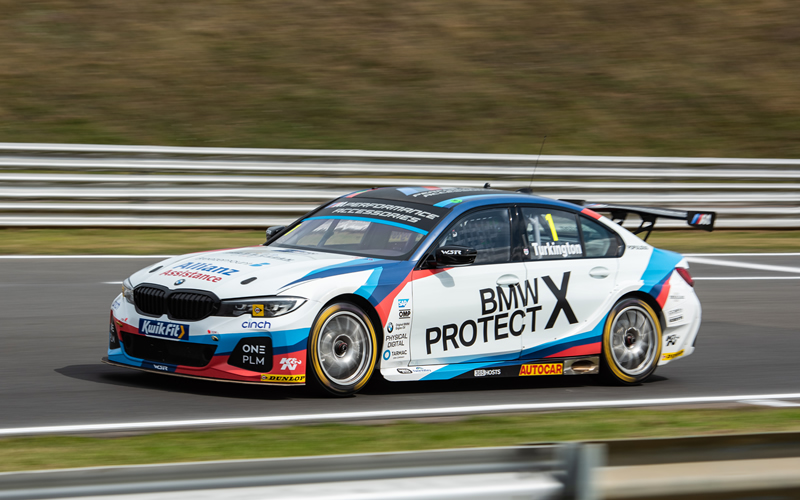 Colin Turkington still leads the way in the championship, followed by teammate Andrew Jordan and the ever-impressive Rory Butcher, who also leads the independent standings. 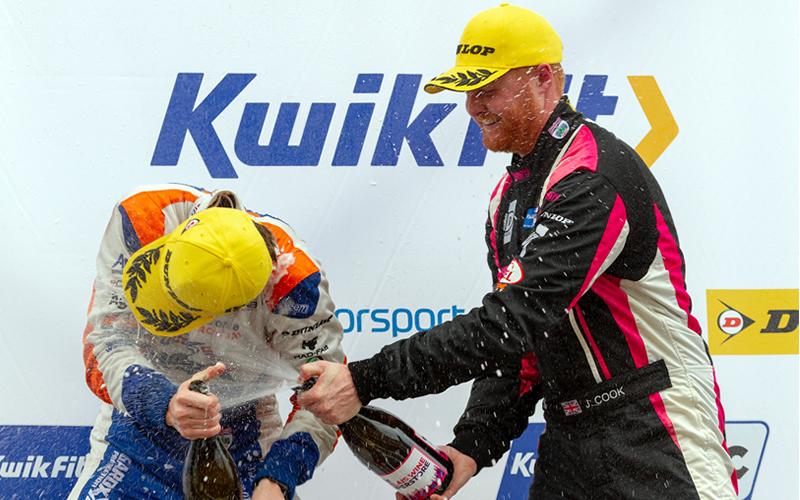 Next time out, Thruxton features for a second time this year but only as a one-off. This second event at the Hampshire circuit is being replaced by the Silverstone International layout for 2020.