The second half of the BTCC season got underway at the weekend at Thruxton. The championship paying its second visit there this season after hosting the season opener. Ash Sutton came into the event leading the championship, hotly pursued by Tom Ingram. 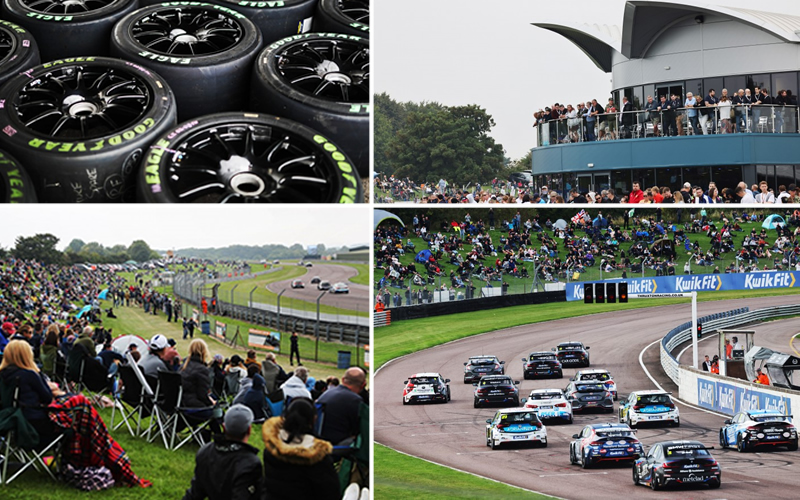 Dan Rowbottom continued his impressive form by putting his Honda on pole position, just 0.08s ahead of Jake hill in second. On row two was Josh Cook, looking to emulate his spectacular double win here at the start of the season with Rory Butcher alongside him.

Rowbottom made a good start, but couldn’t keep up with the blistering start that Cook made. He immediately got ahead of Hill on the start line and used the momentum to get himself alongside and then ahead of Rowbottom as they went into the complex. 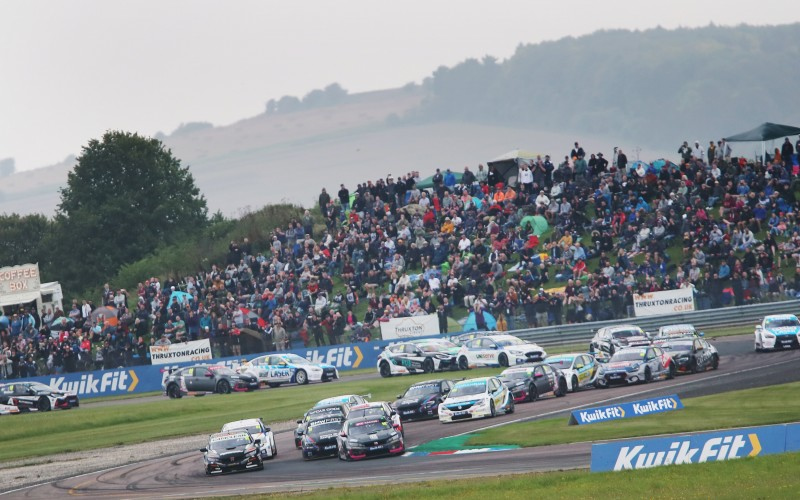 Oliphant also made a great start from the fifth spot, managing to get himself up to second by the time they got to Seagrave. Jake Hill made a determined move at the end of the lap to get himself around the outside of Oliphant as the cars headed into the Club chicane for the first time.

While the top three pulled away the battles were happening just behind, with Rowbottom and Butcher exchanging paint, and Ash Sutton waiting to pounce on any mistake Adam Morgan might make. On the eighth lap, Sutton made his move at the fastest corner on the track to get ahead of Morgan as he quickly closed on the cars ahead. 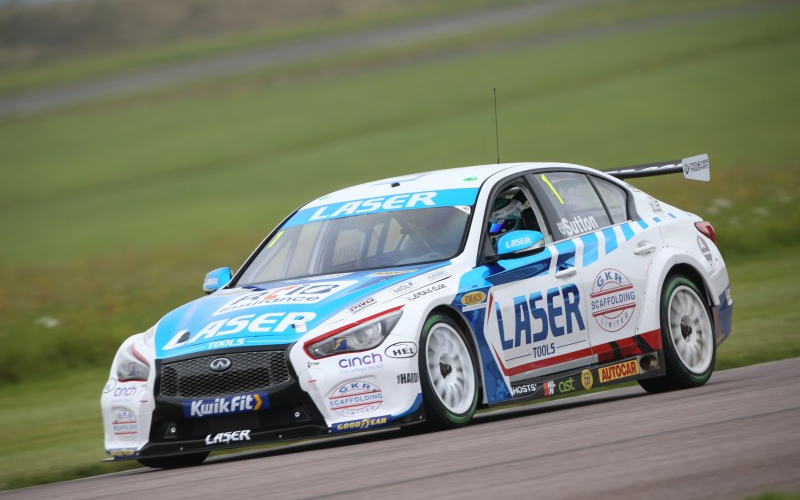 It only took half a lap before he was ahead of Rowbottom and began to put pressure on Butcher. Despite the pressure, Sutton couldn’t find a way past the Scotsman but still outscored his two main championship rivals. The race was won comfortably by Josh Cook, with Hill in second and Oliphant in third. 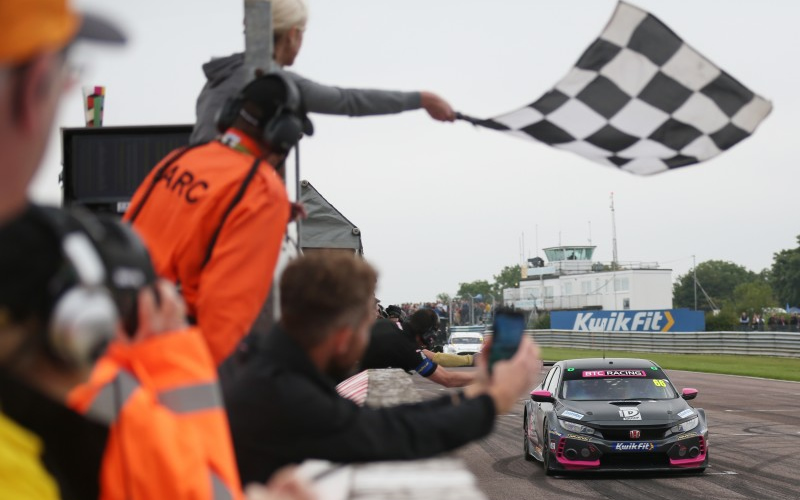 The second race saw Cook once again getaway in the lead, just behind Oliphant managed to jump Hill and get his BMW up into second, with Butcher also managing to get ahead of the focus and into the third spot. Those positions soon changed as Sutton stormed past both Hill and Butcher as they went around Church and went on the hunt for Oliphant in second. 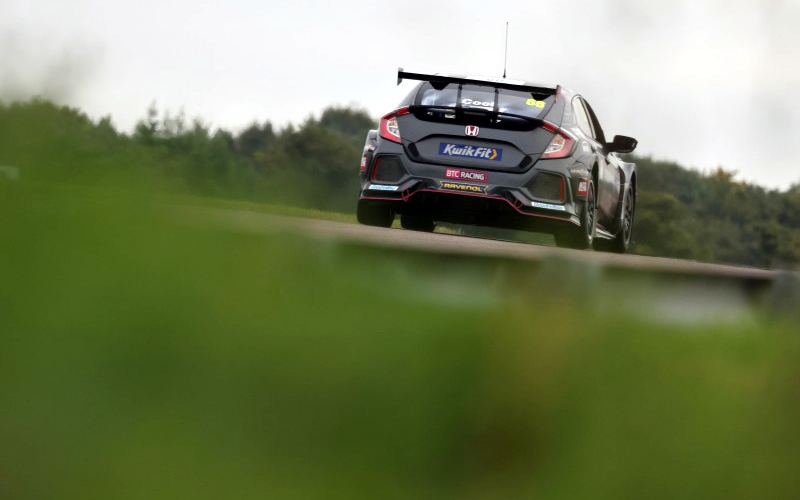 It only took until the start of the fourth lap before Sutton would catch and overtake Oliphant, getting a better exit out of the chicane he drew alongside Oliphant and got ahead as they went into Allard. While Sutton was chasing down the lead, the man in second place in the championship was trying to gain ground. Ingram was battling heavily with Butcher for the fifth spot but was struggling to find a way past the Toyota. Meanwhile, Sutton once again got a good exit out of the chicane and got himself in the lead as they went across the start line. Sutton never looked in trouble and comfortably claimed the victory. 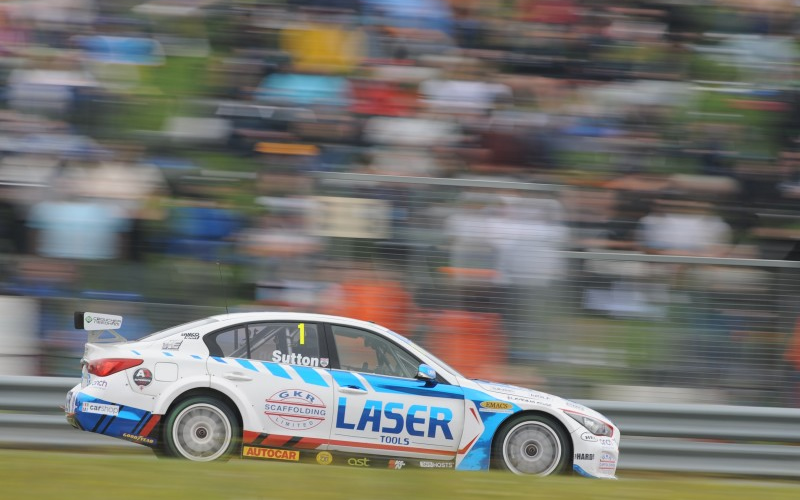 Ingram finally found a way past Butcher on the last lap as he got himself ahead as they exited the complex, but disaster struck as towards the end of the lap he got a puncture and dropped down the order, losing, even more, ground on Sutton in the championship race.

For the final race of the day, Adam Morgan found himself in pole position courtesy of the reverse grid draw, alongside him would be Senna Proctor with Turkington and Butcher on row two. There was drama at the start as Shedden caught the back of Jade Edwards’ car spearing her straight off as the Scotsman went backwards into the tyre wall in a crash reminiscent of the one Edwards was involved in at the opening race of the season. 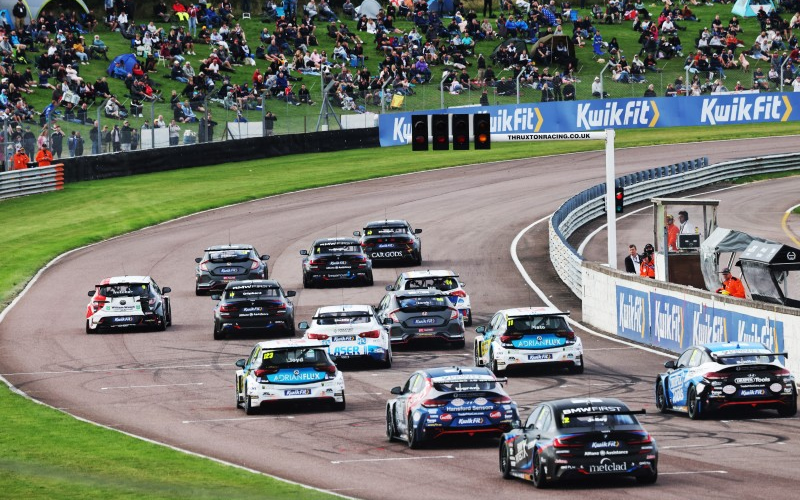 Morgan led the pack away from the restart and gained a few car lengths lead by the time they got into the first corner ahead of Turkington. In the championship battle, Ingram was determined to get himself ahead of Sutton and managed to take advantage of the lighter car on the eighth lap. He got himself ahead of Sutton and in the meantime, Plato managed to get ahead of the championship leader as Sutton began to be swamped by cars, losing another place to Smiley. The safety car made its second appearance as Boardley and Smelt got together, leaving Smelt’s Toyota stranded in the barriers, just before the safety car was called Ingram managed to gain another place on Oliphant. 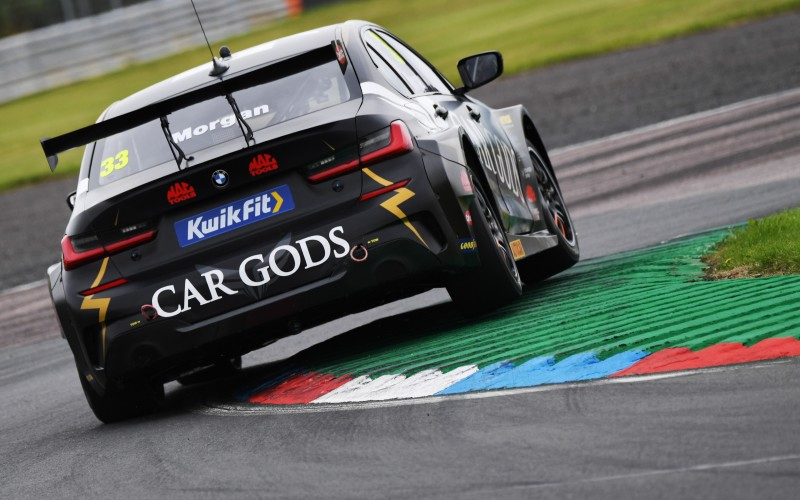 Morgan once again made a good restart with Turkington closely on his tail, but it didn’t take long for another safety car to make an appearance. Ollie Jackson had to pull off at the complex with a broken suspension which instigated the third safety car period. Morgan had a scary moment the lap after the restart as he locked up going into the chicane having to straight line it, he gained quite an advantage but eventually ended up slowing up so Turkington could catch him up. Meanwhile, Ingram was making more progress as he got himself ahead of Josh Cook and made a last-lap move on Butcher to get himself fifth spot. Morgan held on for the win ahead of Turkington and Proctor.

Ash Sutton still sits at the top of the championship with another good haul of points as his main challengers lost ground on him. He sits 30 points ahead of Ingram with Josh Cook moving up to third, seven points behind the Hyundai driver. 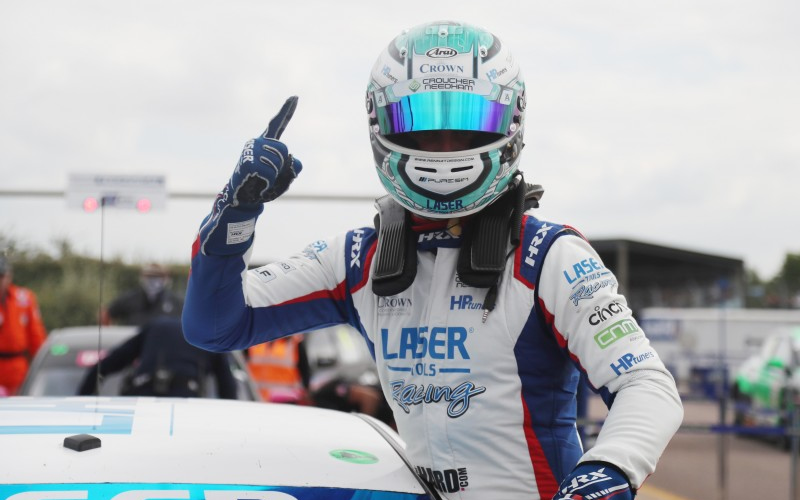 The championship now moves onto Croft in two weeks time where Sutton will be hoping to extend his advantage.