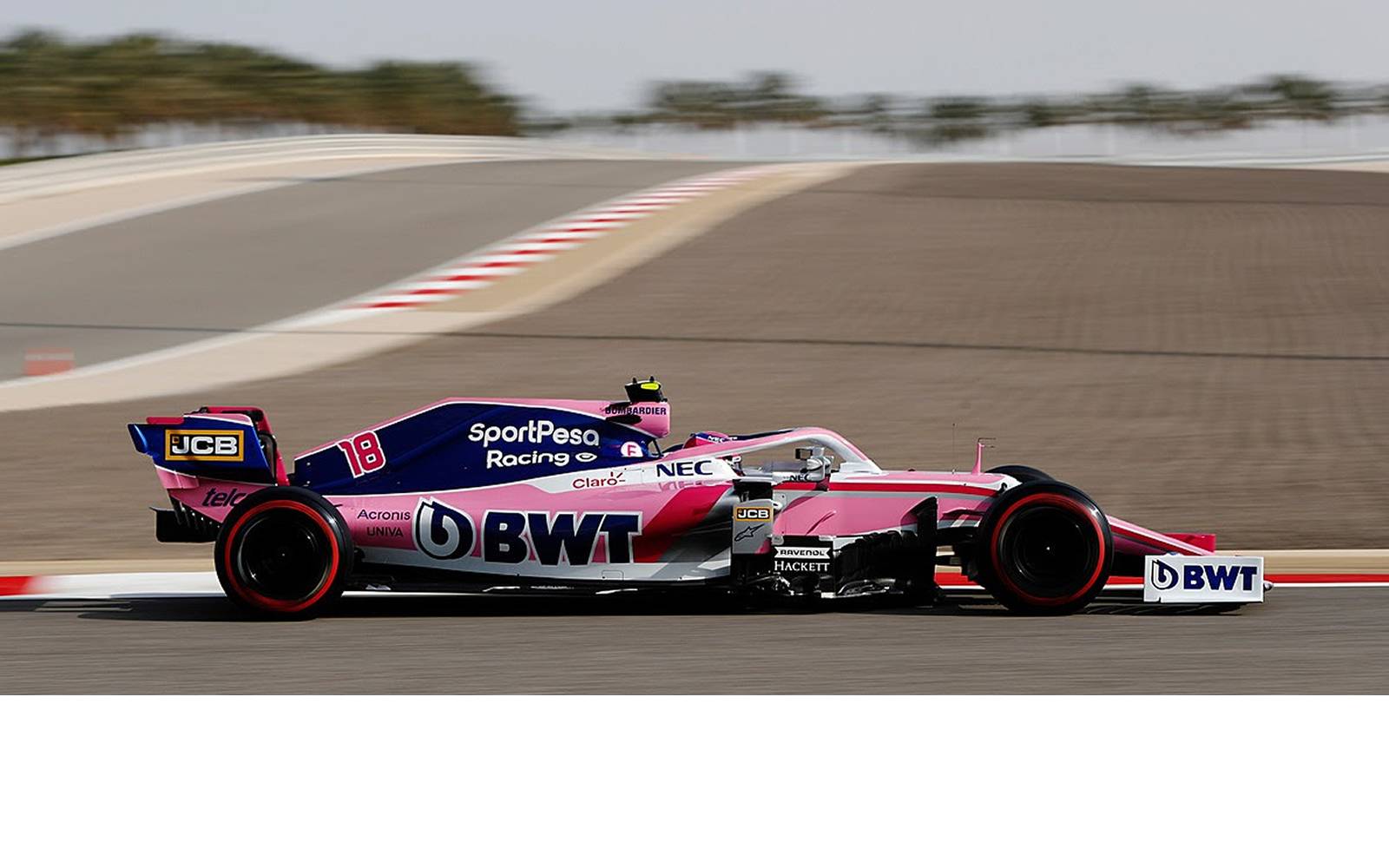 It was a case of “where were Ferrari in Australia?”

After the practice sessions, Ferrari were showing that they were at least a second quicker than any of their competitors, which then posed the questions of whether the others were “sand-bagging” or if Ferrari were actually ‘that’ quicker from Australia?

The Q1 session began with Albon posting the first real time of 1:31.125, which wasn’t going to be a contending time. Kubica ran wide at turn four which forced him to come into the pits. It had been a measure over the practice sessions of cars running wide at certain sectors.

Lando Norris was on a fast lap in Q1 and as he approached the final corner he found Romain Grosjean sitting on the racing line with no speed. Norris had to brake hard and as Grosjean sped up the back end of his Haas wobbled and slipped. Race direction indicated they would be looking into this incident and Norris was straight on the radio to his team with his frustrations.

With just under nine minutes of the session left Hamilton was two tenths slower than his team mate when Charles Leclerc went one second faster than Bottas to put himself top of the pile. Vettel put his Ferrari second, just two tenths down on his team mate.

The teams were indicating that a 1:28.8 would be quick enough to put them through to Q2. With that in mind and three and half minutes until the end of the Q1 session, Kvyat, Giovinazzi, Perez, Kubica and Russell all found themselves battling to get out of the bottom five.

Verstappen and Magnussen were still in the garage. There was not a lot of space between them and the bottom five and it looked a risky move as the time ticked down to the point where they would not be able to get a flying lap in if they needed it.

Lando Norris put himself into a great position by posting the fourth fastest time of the session, Perez was able to get himself out of the bottom five as did Kvyat. The session came to an end and it left Giovinazzi, Hulkenberg, Stroll, Russell and Kubica out. The shock from Q1 was Nico Hulkenberg who had been putting in fast times over all the practice sessions. Raikkonen was able the driver on the cusp and made it through by seven tenths.

The Q2 session began and it was Bottas who was out setting the pace, but he found himself slower than the following cars of Raikkonen and Norris who were both quicker in sector one. Bottas posted a 1:28.830 lap with Hamilton going quicker by three tenths. Norris went fourth and it was the Ferrari of Charles Leclerc who went half a second quicker than Hamilton. Verstappen sat fifth and Vettel sixth. Kevin Magnussen surprisingly moved into fourth in the Haas.

Once again, Kimi Raikkonen was at risk of dropping into the bottom five which consisted of Ricciardo, Gasly, Kvyat, Albon and Perez. Romain Grosjean was able to move from ninth to seventh and Perez crossed the line unable to get himself out of the bottom five. Vettel moved into second, two tenths quicker than Hamilton.

As the time came down and the cars zipped across the line it would show that Ricciardo, Albon, Gasly, Perez and Kvyat would fail to make it through to Q3. Both Haas and McLaren’s would see themselves go through and once again Raikkonen was able to avoid the drop to put his Alfa Romeo into Q3.

Kevin Magnussen was the first car to go top of the timing board with a 1:28.70 but that fell to Bottas who immediately went four tenths quicker, Hamilton went even faster but it was Charles Leclerc who topped the timing with a 1:27.958, equalling the lap record set by Sebastian Vettel. As Leclerc’s car crossed the line, the camera cut to Vettel and as he sat in his car he rolled his eyes and bowed his head. Was this the German conceding to his younger team mate?

Hamilton crossed the line two tenths down and with five and half minutes to go the timing board looked like this:

With three and half minutes to go Norris headed out followed by Raikkonen and Grosjean.

At the one and a half minute mark Leclerc came out later than all the others, but sitting on pole.

Vettel set a personal best in sector one but then Hamilton was also going quick. By sector two he was nine hundredths down on Leclerc and inevitably went second on the timing screens behind his team mate. Leclerc had secured pole.

Not to be out-done or overshadowed by the occasion Leclerc then set the track record of 1;27.866. The man from Monaco had secured his first ever career pole position in only his second ever qualifying session for Ferrari.

The top ten finished like this (barring any penalties):

Nico Hülkenberg:
“We unfortunately suffered a couple of issues with the car at the worst possible time during qualifying. We lost performance and there was no chance of fixing anything in a short amount of time. We need to understand and fix these problems so they don’t happen again. I’ve felt good in the car all weekend, so it’s a shame to miss out on a top ten grid slot for the race. Hopefully we can make something out of tomorrow, it’s going to be tough from so far back, but we’ll be giving it our best.”

Daniel Ricciardo:
“Qualifying wasn’t perfect for us by any means, but it’s an improvement from where we’ve been so far this weekend. In the end we were closer to Q3 than we expected at the end of Friday. We’re there or thereabouts and we know we have things to work on. I’m still learning to master this car, but I’m getting there each time I step into it. We have a free choice of tyres for tomorrow’s race, which gives us some things to assess overnight on strategy. I’ll be aiming to get the most out of it, and taking a handful of points is certainly a possibility.”

Sergio Perez:
“A disappointing result tonight, but that’s where we are at the moment. We took a few steps forward after practice, but it seems everybody else did as well. I had some issues with my car in Q2 because I lost bits of my bodywork – around the barge board, which didn’t help. I hope we can recover some performance once we fix it. Even though we are not happy with our speed today, we can’t allow ourselves to drop our heads. It’s a long race tomorrow and a lot can happen. With a good start and the right strategy, I believe we could come away with some points.”

Daniil Kvyat:
“It wasn’t the best Qualifying for us today, we didn’t do the final run in Q2 so it’s hard to judge how we would have gone, but I think we had a chance for Q3. Something was missing in the car, so we will review what that was. We had a clear idea of what we wanted to do in the last run of Q2, so it’s just unfortunate we didn’t get the chance to do it. Now we turn our focus to the race tomorrow, we’ll have to fight harder but I think we will be competitive.”