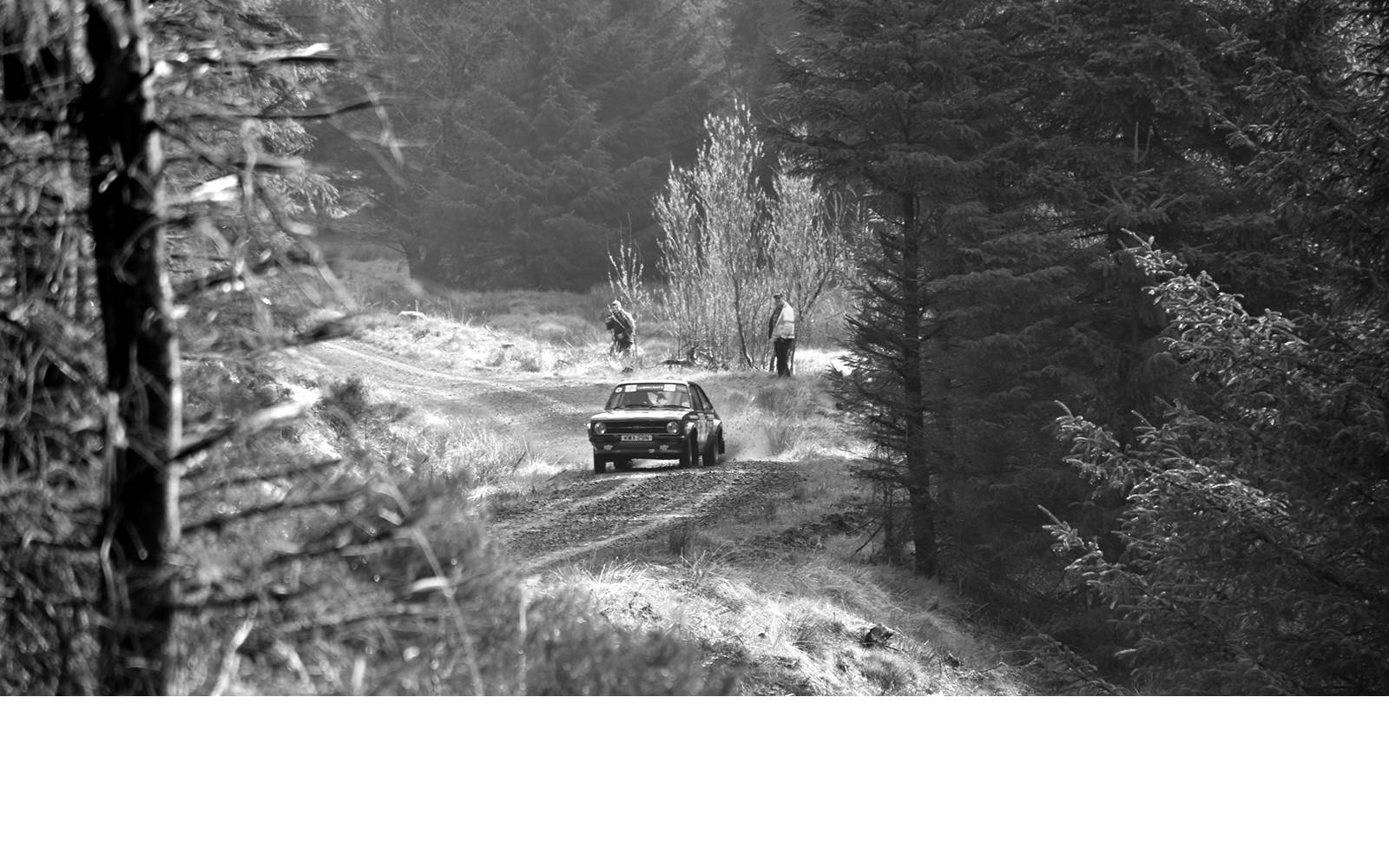 Since 2007 The Furness Motor Club has run the Pirelli Historic Rally alongside the international event which caters for the more modern machinery; however, the Historical element of this event stretches way back to the 1970’s. The event formally known as the Tour of Cumbria has been a part of many Championships and rally series throughout its lifespan, such as the Castrol Autosport and Mintex National Championships. Also gaining International status as part of the British Rally Championship, for which it continues to play its part in today, it once again returns to Carlisle and the unique stages of the Kielder Forests Complex with the Motorsport UK British Historic Rally Championships for Round 2.

Last time out in North Wales, Nick Elliot and Dave price pedalled their MK2 Escort home for the opening round top points haul and led the standings on arrival at the start line of SS1 Whitesike 1. Elliot started off the proceedings with an opening stage win, beating the man with the No1 on his door, Mathew Robinson; who was back to defend his 2018 Pirelli win.

Unfortunately for Elliot, it would all go wrong on only the second stage of the rally, SS2 The Forks. The stage was the longest of the event, some 15 miles and would allow the crews to really get into the groove. However, close to the end of this fast and flowing stage, Elliot misread a Chicane which put him out of the rally. Elliot who sustained a broken wrist displayed the SOS board and the stage was subsequently cancelled, with notional times being given to all but the now rally leader Robinson, who was playing the role of road sweeper upfront.

Although the event was a short compact one with just four stages totalling some 40 stage miles for the 62 competitors to contend with, that did not mean it was an easy rally. In addition to Elliot, another pair to exit early were Alan Walker & Will Rogers, who rolled their Escort RS on the opening stage. Rob Smith & Alun Cook bent the steering of their Escort in SS2; while the RS1800 of Simon Webster & Jez Rogers was to be retired at the midpoint service halt due to a sticking throttle. A string of other retirements for various mechanical reasons would appear right the way down the field with the odd visit to one of those infamous “Killer Kielder” ditches.

Mathew Robinson who would re-join the BHRC for this round said that he would be out on selected gravel rounds this season in preparation for the Roger Albert Clark Rally at the end of the year. He and Co-Driver Dave Robson continued to dominate the rally in the second half of the event winning both SS3 Roughside and SS4 Pundershaw, beating second-place Joe Price by a minute to take the overall win making it his second Pirelli Victory in consecutive years.

Despite a big scare in Stage 1 losing some 10 seconds with a spin, Price and Co-Driver Chris Brooks who had also finished second on Round 1 Rally North Wales, would spend the entire rally attempting to chase down Robinson, but were unable to get close to him on any of the four stages. Mr “Consistent” Price who was focused on just bringing it home, now leads the overall driver standings over Adrian Hetherington, who finished on the third step of the podium with Co-Driver Ronan O’Neill.

Hetherington who has only ever tackled the Kielder stages in the dark on the RAC in the past now shares second in the overall drivers’ standings on 41 points with Stanley Orr. Despite having “a bit of a mixed day”, Orr not only won Cat 2 but finished 7th overall in his MK1 Escort RS1600 with Graham Henderson beside him on the notes.

Finishing 5th overall and winning Cat3 in their MK2 Escort were Steve Bennett & Osian Owen. Bennett who experienced electrical gremlins throughout the first half of the event had managed top 10 stage times on all stages, with a 5th fastest time on SS3.

Bennett was very close to taking 4th place overall but was pipped by the Open+ class winners Phil Burton & Dylan Thomas who were in the more modern spec MK2 Escort. Burton who also won the Rally2 Challenge beat Henri Grenhan & Jack Bowen by the margin of just under 28 seconds.

Adding some much-needed variety from all the Ford Escorts was the Open class winners of David Dobson & Steve Pugh in the awesome looking Opel Manta. Finishing 21st OA and beating the Ford Escort of Anthony Harrison & Simon Barnes bringing a welcomed sight to the stages.

Elsewhere in other class battles, Class C1/C2 honours went to husband-wife pairing of Stuart and Linda Cariss in their MK1 Escort 1600 Sport. Finishing 31st OA just one position behind Class C3 winners Josh Carr & Adrian Wilford, they won their class by about a minute ahead of another MK1 Escort of Robert Rook & Simon Pickard who finished in 38th OA.

Finishing 15th OA, Class D3 winners Josh Brown & Jane Edgington saw off the competition from Andrew Robinson & Kevin Wilson (23rd OA), a minute was enough to secure them the win in a pack of MK2 Escorts.

Tearing up the stages and also another welcomed sight, was the Triumph TR7 of David Kynaston & Andy Conibear. Powering on home for the Class D4 award and finishing the event in 39th position OA.

The FUCHS LUBRICANTS Motorsport UK British Historic Rally Championships remains on gravel and “Opp North” for Round 3, with the ATL Carlisle Stages in June.