The FUCHS Lubricants British Historic Championship returned to Wales for the third round of the 2022 season and a continuation of the action at the Plains Rally. Last time out on the Rally North Wales, winner Matt Edwards dragged his battered and bruised Fiat Abarth 131 around the Mid Wales stages to put an end to the years of MK2 Escort’s dominance in this hotly contested series. The three-times British Rally Champ would return in the Rallysport Developments machine for another battle at the Plains Rally to once again take on the MK2 Escort filled Category 3. 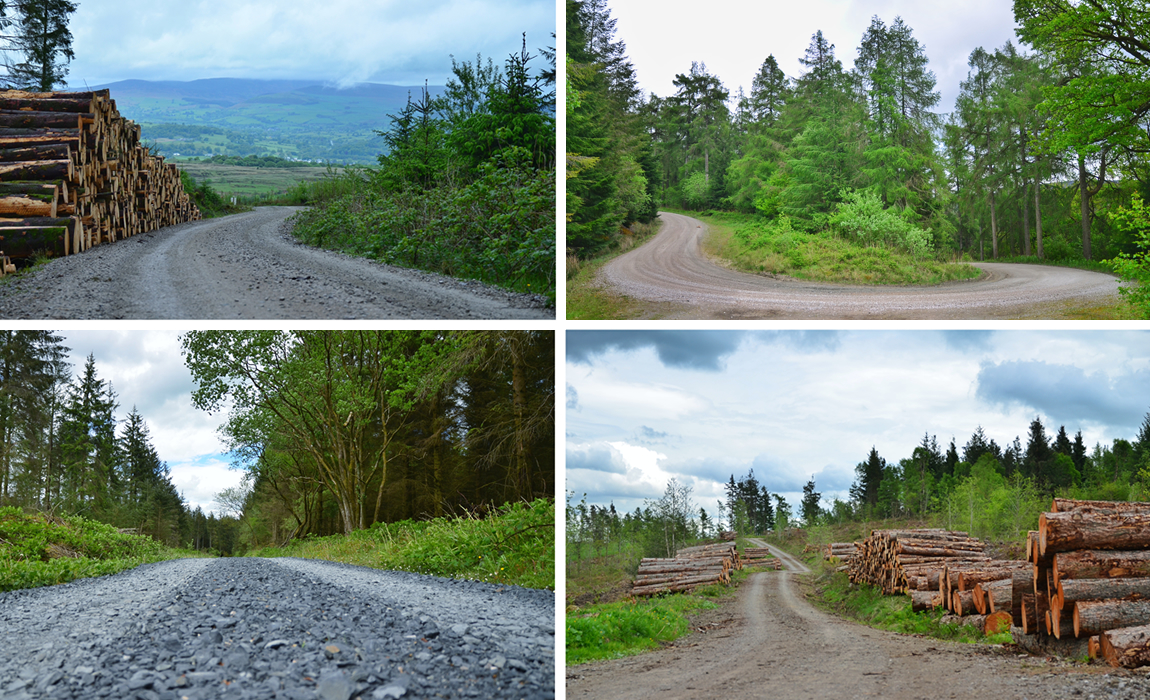 Organised by the Knutsford & District Motorclub, the Plains rally relocated further North to Bala for the 2022 edition. It featured, just like Rally North Wales had done, some of those infamous gravel stages in the forest of which the Worlds best have competed on over the years. Ten short but sharp stages covering some 44 competitive stage miles were laid out through Aberhirnant, Llangower, Alwen and Clocaenog Forest. There were, however, some noticeable names missing from the start list such as round 1 winner Matt Robinson and the 2021 BHRC Champ, Ben Friend but that did not detract from the battle that unfolded on the day.

It was an early start for the crews, with the opening stage through Aberheirnant getting underway at just after 7.20 am. The 4.06-mile test began with a mighty fast long straight where crews reported reaching around the 90-95mph mark before hitting a tight hairpin bend. The speed was enough of a wake-up call in itself, but the man with the number one on the doors (Edwards) was not only confident following his previous Championship win but was wide awake and beat the stage boogie time. Nick Elliott in the Appendix K version of the Abarth 131 was just a second behind on the timesheets with Edwards’s closest D5 class competitor, Henri Grehan 2 seconds off the pace. 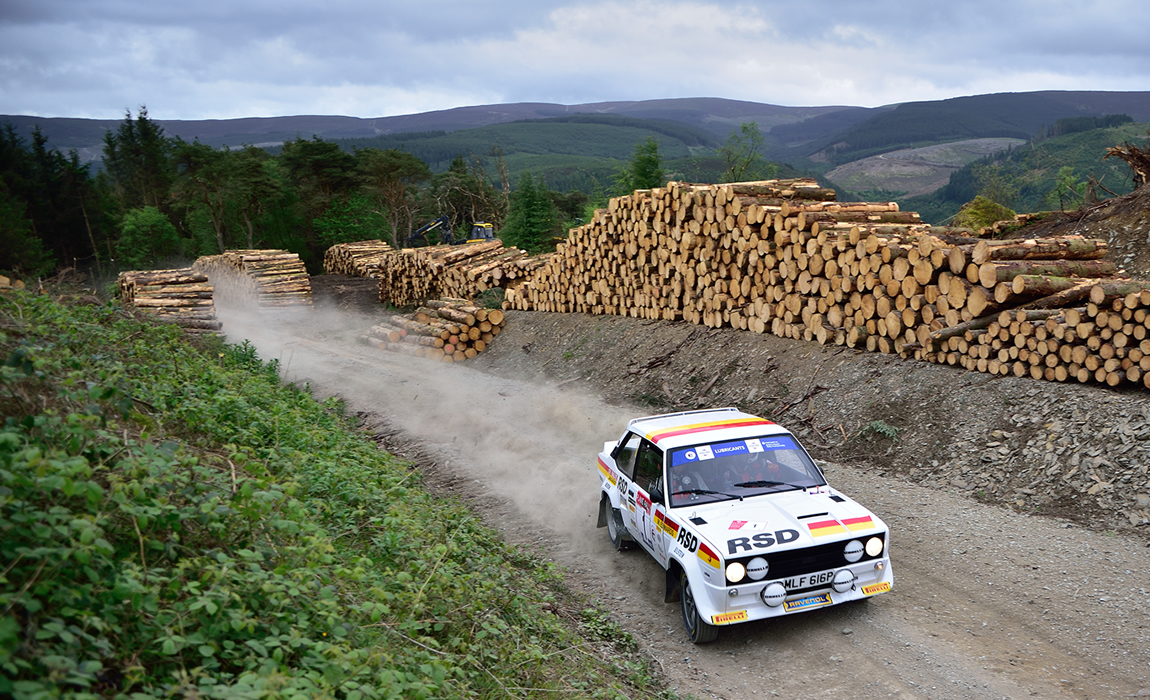 Across the road in Llangower, Edwards was starting to lay down the foundations, beating Elliott by 3 seconds and Grehan by 5 but on the road section towards stage 3, we lost Nick Elliott. Engine failure to his 131 left him parked up at the side of the road with hardly any stage miles compleated and with that, perhaps Edwards most likely challenger was sadly out of the rally. 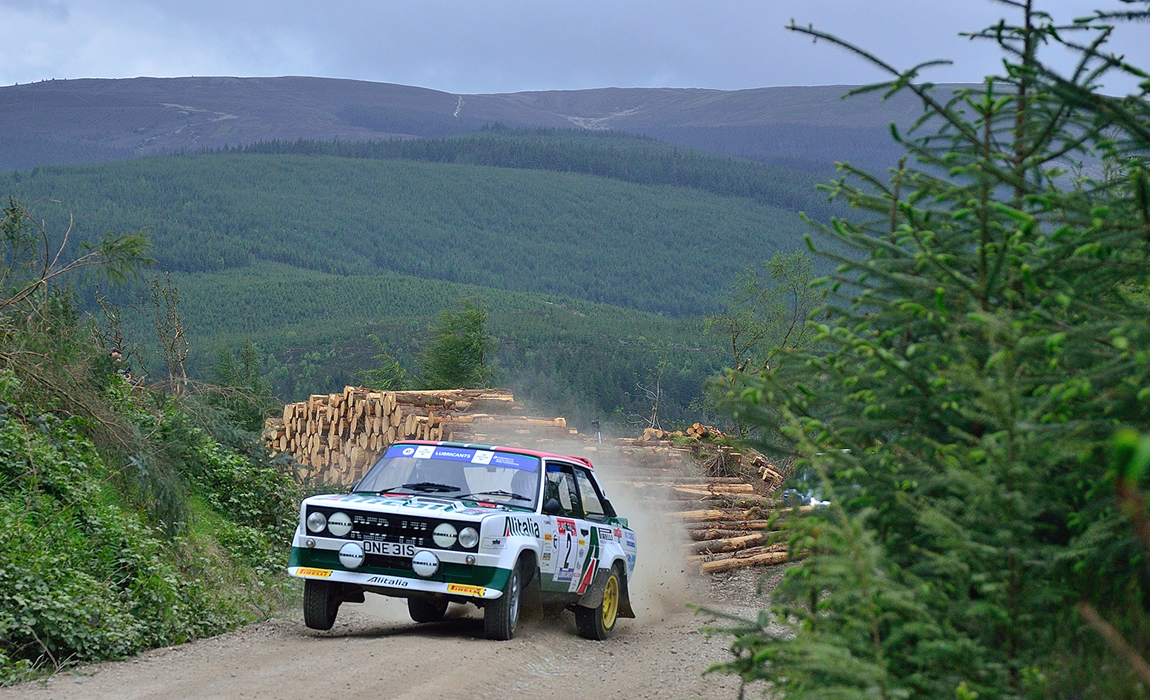 Meanwhile, in Category 2, that man Adam Milner once again, just like he did last time out on Rally North Wales, was punching above his weight in his Cat2 MK1 Escort. By posting times that were up there with a bunch of Cat3 MK2 Escorts, after those two opening stages down near Bala, he alongside Co-Driver Roy Jarvis were laying in 13th overall and was already 9 seconds upon his closest rival, young Ben Smith in the C3 MK1 Escort. 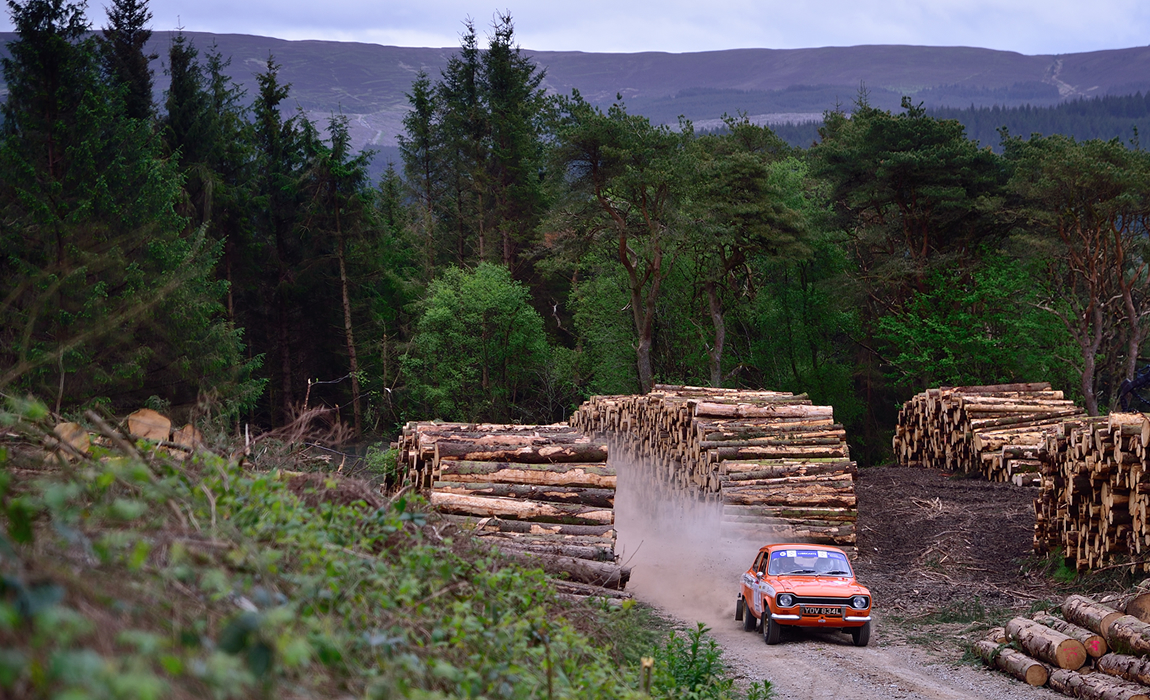 In the southside of Alwen, through the shortest stage of the event, Henri Grehan was able to match Edward’s time and Robert Gough was not that far off of them either after posting a time that was just 1 second slower. 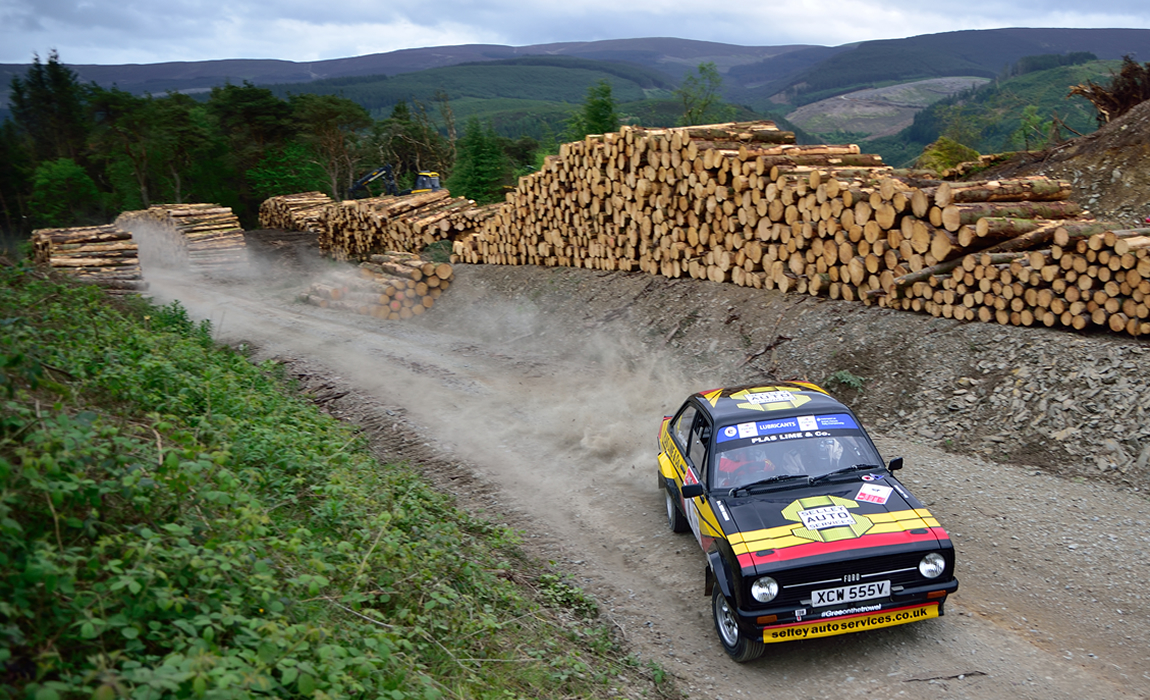 Despite “not knowing these stages in rear wheel drive cars”, Edwards alongside Co-Driver Hamish Campbell had started the rally how they had finished the last. With no pre-event test, they were straight into it and the car was feeling good. They won the next two stages in Alwen North and the East side of Clocaenog Forest before heading into the midday service halt back at Bala with a 21 second lead over Grehan. 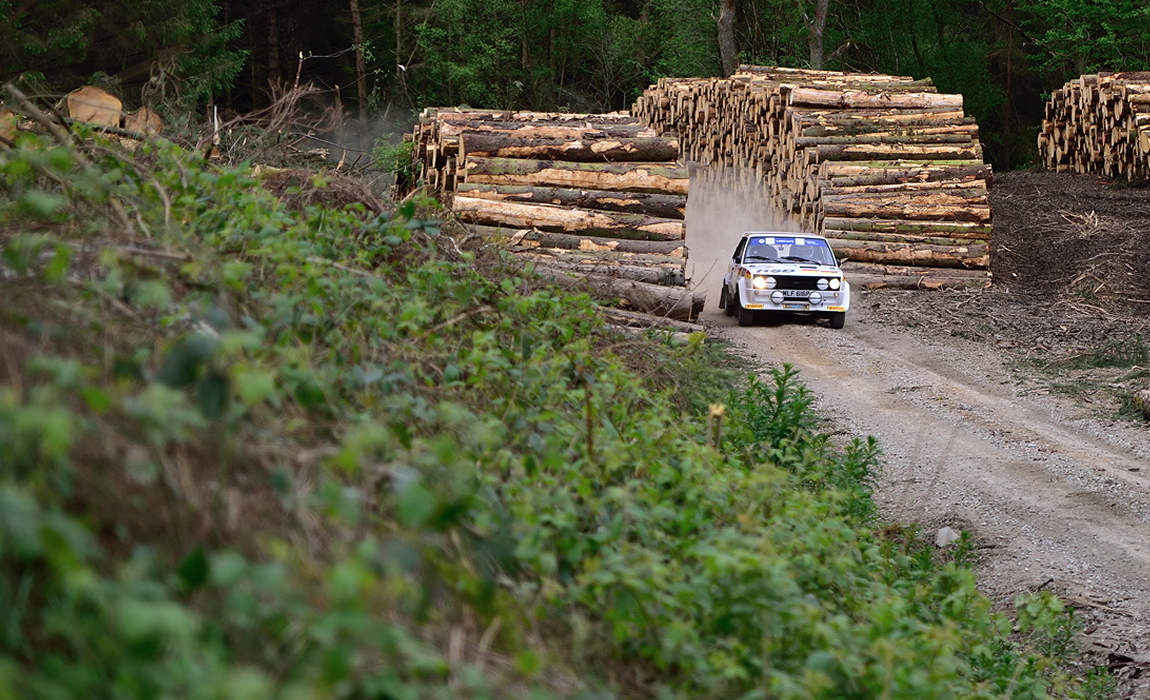 Adam Milner was continuing to dominate Cat2, the pace that he was laying down on the stages proved all too much for Ben Smith to keep up with. Smith who has shown real promise in his MK1 at the opening two rounds would, unfortunately, have an accident in SS5 Cloc East causing a red flag whilst fighting with Chris Skill. Braking a strut/stub axel to his Escort, Smith and his father were both ok but the damage caused would retire them from the rally.

Despite nearly having an off through the flying finish of SS2 and then having what he described as a “hair raising moment” in stage 4 when his throttle stuck open after the return spring snapped. Milner’s full bag of stage wins over the morning loop had earned him 6th overall and a whopping 59 seconds lead over the Ex-Works MK1 Escort being driven by Chris Skill. 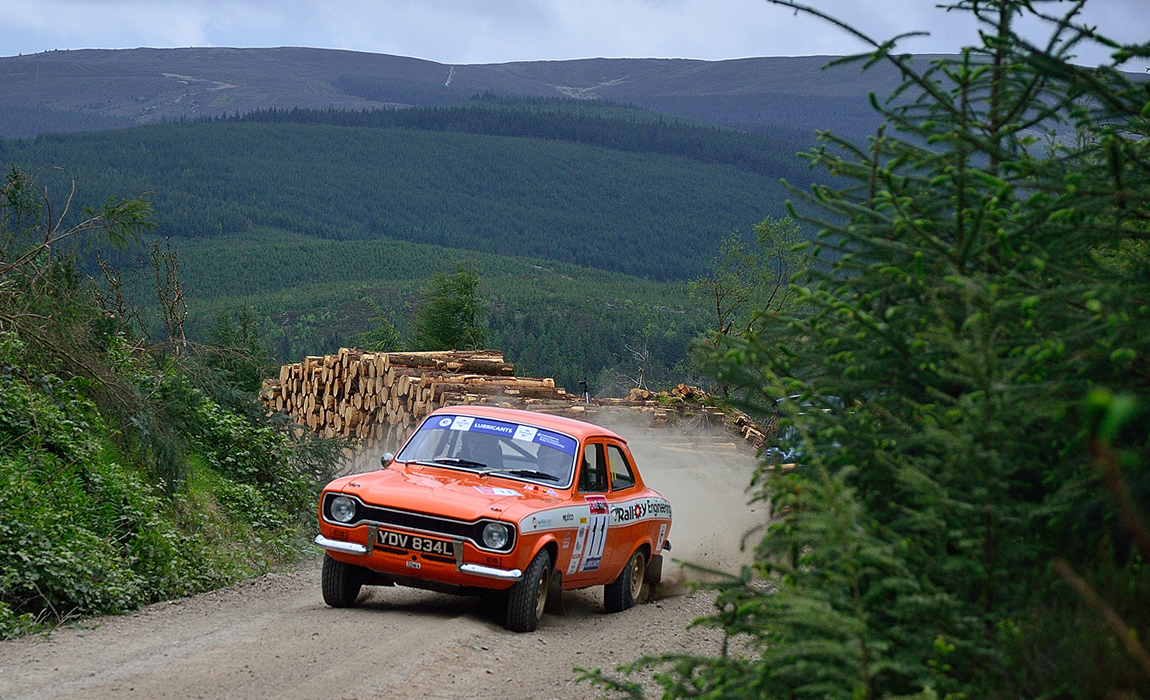 Back out after service and Edwards was on his homeward straight, pushing the Fiat so hard that he even beat the modern 4WD machinery that was contesting the event in the re-run through Aberheirnant. Whilst Edwards continued to dominate by winning all stages to extend his lead further out front; over the course of the afternoon’s loop, a closely fought battle ensued behind him.

As the crews entered the final 5miles through Cloceanog, there was just two seconds separating Grehan and Gough. By the time they had emerged from the final stage, there was indeed a change but it was not the outcome one was perhaps expecting. Instead of Gough taking 2nd from Grehan, it was in fact Hugh Hunter who had stolen the final place on the podium from Gough. 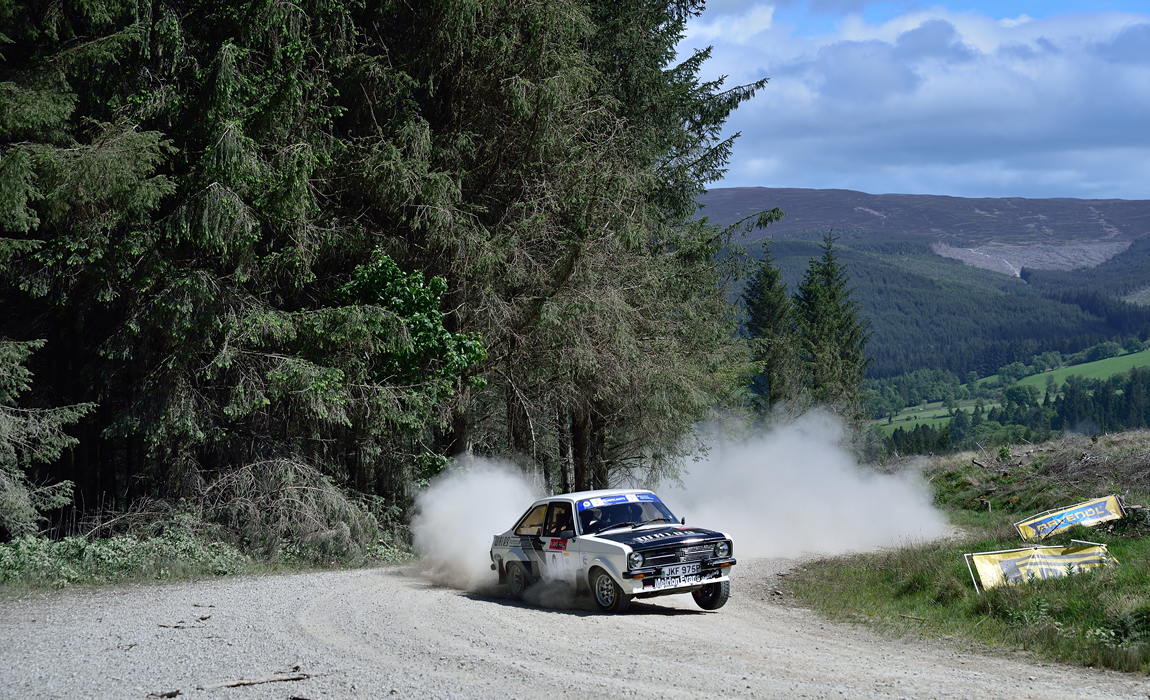 After making steady progress and then posting the second-fastest time in the final stage, whilst locked in a very tight battle all afternoon with not just Gough but Henri Grehan. Hunter and Co-Driver Rob Fagg’s afternoon’s efforts had earned themselves 3rd in the BHRC Cat3 from Robert Gough in that final stage of the rally, SS10 Clocainog 2.

Grehan alongside Co-Driver Daniel Petrie although were some distance from Edward out front, were still having to watch their backs throughout that afternoon loop. After nursing a flattened exhaust (which lost them a little bit of power) throughout the final couple of stages; a relieved Grehan was JUST about able to keep the challengers at bay to end the day second on the podium and simply said “That was hard going this afternoon” at the stop line of the final stage. 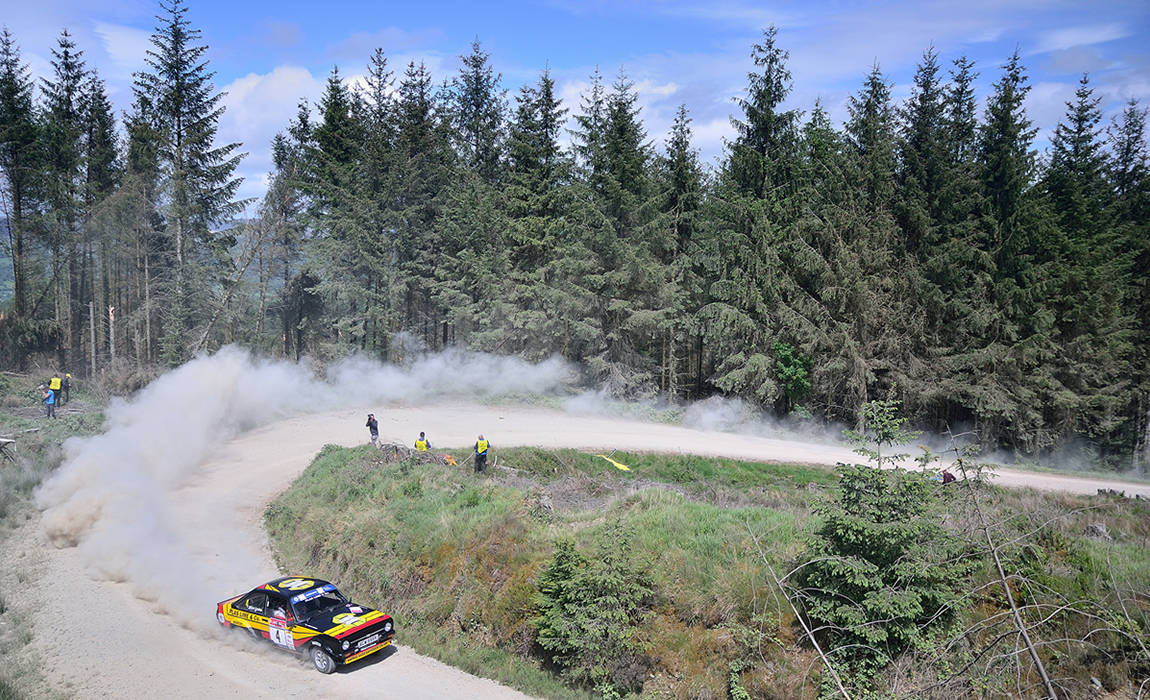 Matt Edwards and Hammish Campbell once again had delivered an epic performance from start to finish. By avoiding any drama and the battle behind them, coupled with their lightning pace, nobody could catch them and with over a minute in hand to their nearest competitors, they had secured their second BHRC victory.

“The pressure was off early on” Matt said, “the car was as we left it and everything felt really good from the start, so that sort of unlocked the potential to just go and just drive it”. “It’s a huge credit to RSD and Hamish has been great on the notes all day.” 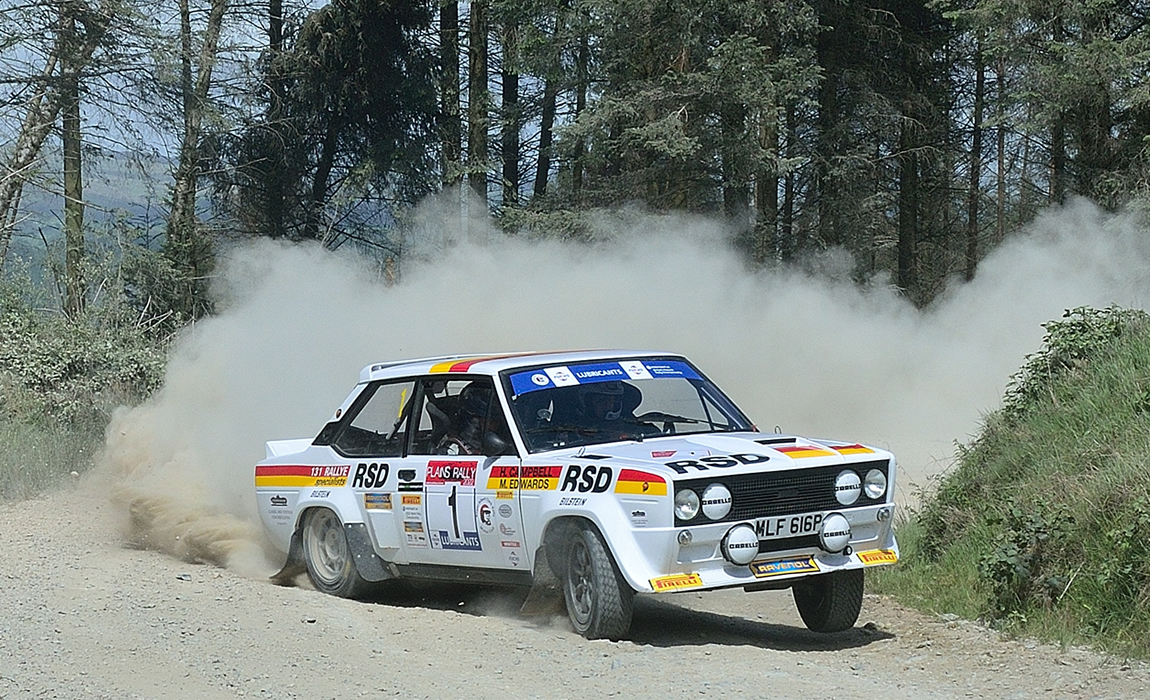 Whilst Milner who continued to lead Cat 2, thought that his day was going well, a chasing Chris Skill admitted that he wasn’t going to be able to catch him as he believed that Milner was “just mad”. Skill, though was happy to settle for second, some 20 seconds behind Milner who crossed the finish line to once again take the Category 2 honours. 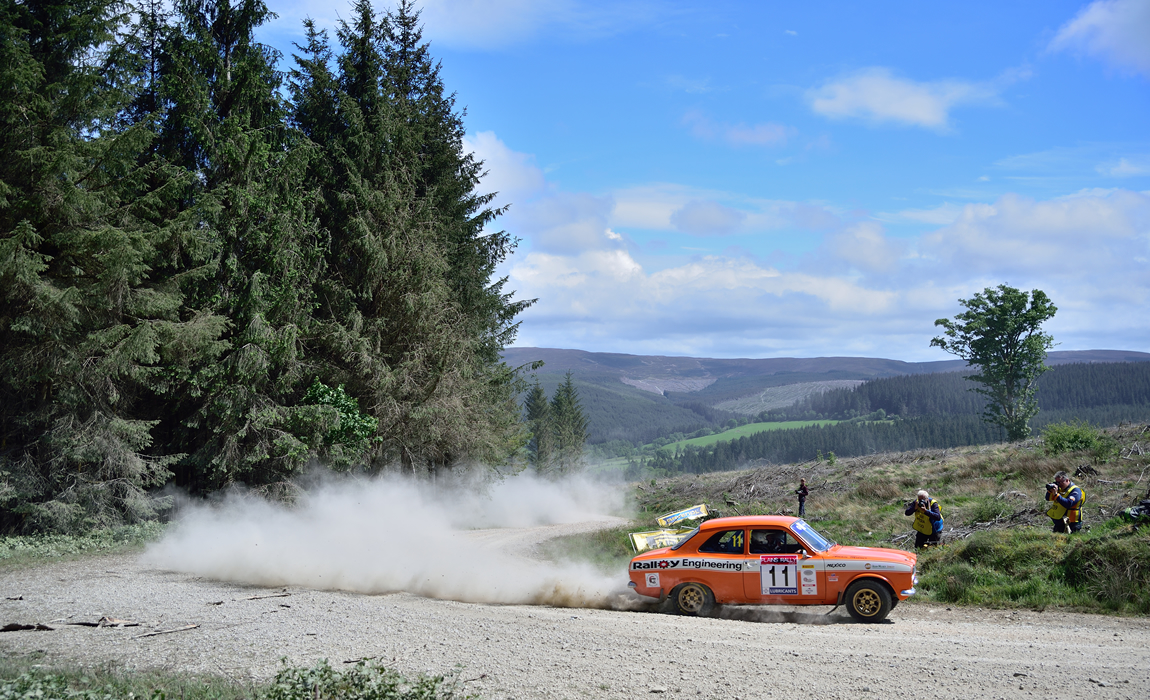 Milner crossed the finish line to take his second Category 2 win in Wales and said “Just to get the end is a good day in the office, I enjoyed it, especially that last stage.”

Once again Bob Bean, sadly still the only Category 1 car out competing successfully navigated all ten stages alongside Mike Curry calling the notes to take the honours in the Ford Cortina, making it three out of three. 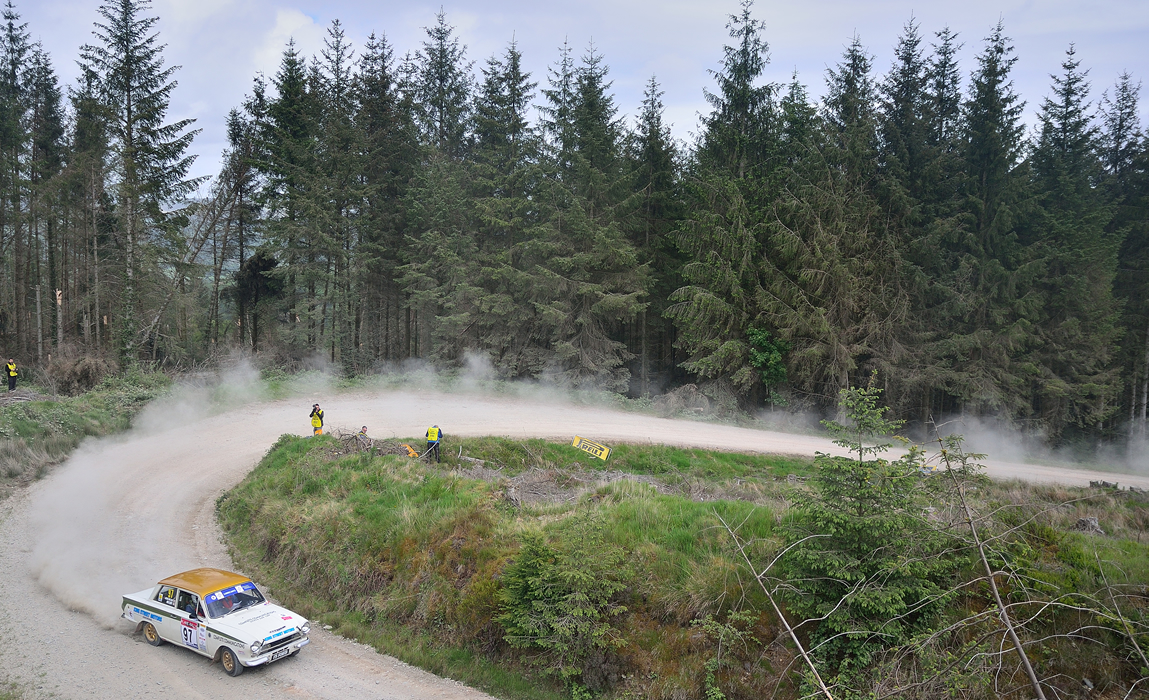 Henri Grehan left Bala leading the BHCR on 71 points with Matt Edwards 8 points behind ahead of Nick Elliot in third, following his DNF this time out on the Plains. The Championship now has a bit of a break in the proceedings following the cancellation of the Red Kite. It will now have to wait until the 3rd of September to resume the battle at the Woodpecker Stages, Ludlow.