The second round of the 2021 British Rally Championship brought with it not only the return to gravel but the long-awaited return for Welsh Rallying. Organised by the very capable Quinton Motorclub, The Nicky Grist Stages offered up a 44-mile gravel rally spread over 8 very popular stages (2 loops of 4 repeated stages) in and around the Epynt Military ranges close to Builth Wells where the rally was based. 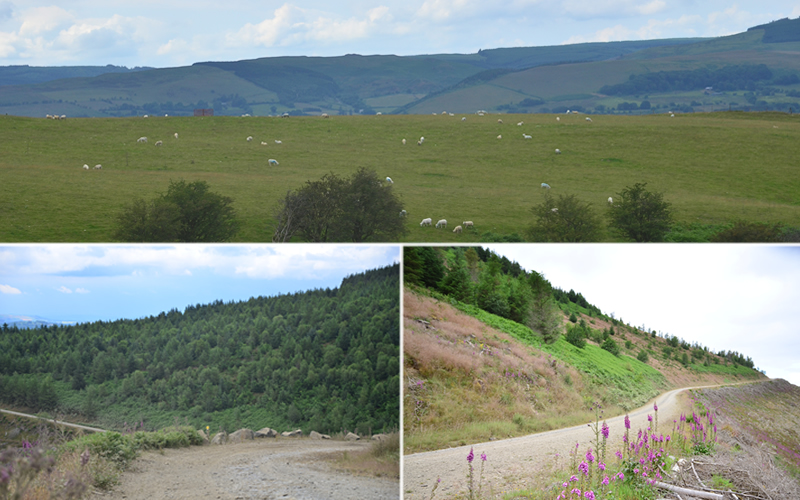 Following on from the opening round of the BRC, The Neil Howard Stages at Oulton Park; the battle between a top lineup of English, Irish and Welsh competitors continued to rage on in Wales at the Nicky Grist Stages. But unlike Round 1 where it was in front of rally fans, this event was met with some very challenging circumstances just weeks before the event was due to take place.

Despite the relaxation of COVID restrictions from the Welsh Government both the MOD (Ministry of Defence) and NRW (Natural Resources Wales), the landowners where the rally would take place, stipulated no spectators. Largely down to the significant military training operations in the area on the day, this along with a whole host of other challenging circumstances was overcome by the organisers and all involved to successfully put on a top-class rally that delivered thrilling battles across the field.

Some 40 BRC registered competitors would tackle the world-class stages, which in the past have featured in Britains round of the World Rally Championship.

Defending 2019 Champ Matt Edwards was first on the road in his VW Polo GTi R5 but it would be Osian Pryce (also in an R5 VW Polo) who was quickest off the mark in the opening 3.5 mile Llyn Login test, getting the better of Tom Cave (Ford Fiesta Rally 2) by just 1 second. 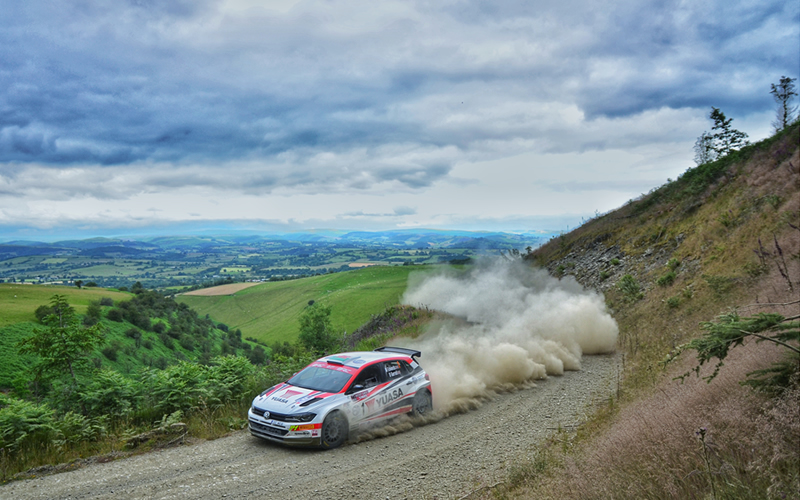 Matt Edwards would soon get up to speed in the very next stage, the slightly longer 5.39 miles Monument test where he would grab his first stage win of the day beating Pryce by some 3 seconds. After this stage both Edwards and Pryce were on the exact same time overall and with Cave just 1 second behind the pair, it was clear that this rally was going to provide a great battle. 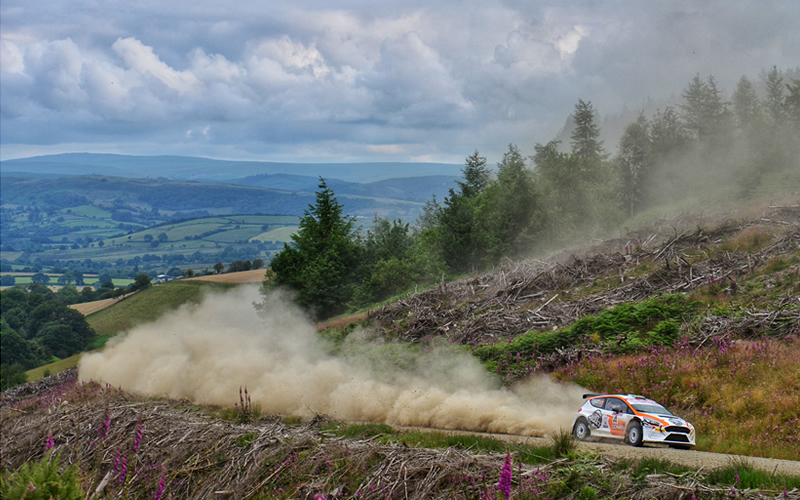 In Halfway Forest we would see yet another different stage winner, Cave would post the fastest time beating Edwards by just one second. This earned Cave the joint lead of the rally with Edwards at the expense of Pryce, with the longest stage of the rally, the 9 miles through Crychan Forest up next. 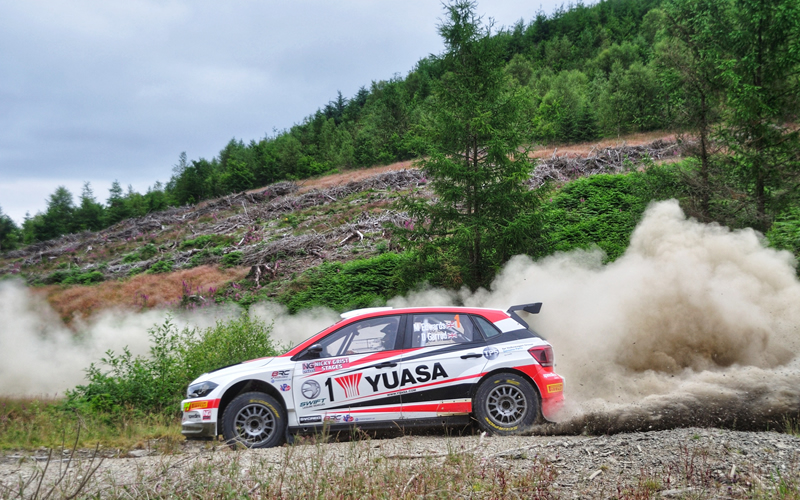 In the final stage of the morning loop, Edwards was finally able to take up the position as the sole overall rally leader. By winning SS4 Crychan, his second stage win of the morning; he headed back to the midday service with a 2 second lead over Cave; this was despite suffering a misfire. 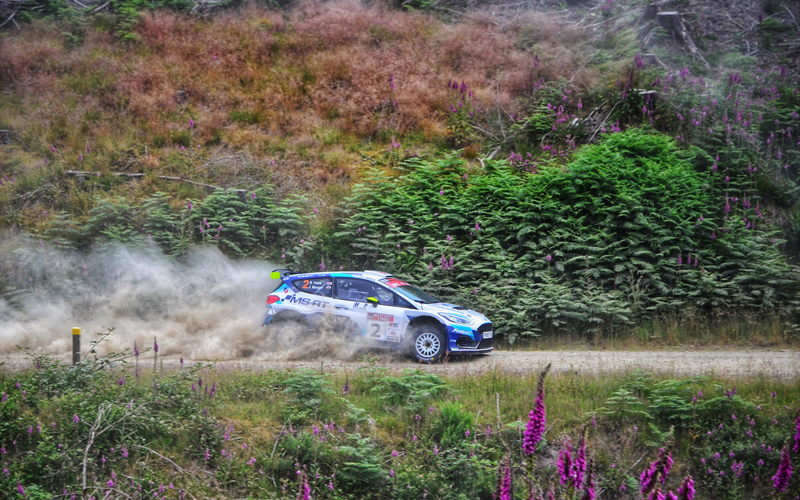 Meanwhile, behind the battle up front, a pair of M-Sport Fiesta’s driven by Rhys Yates and Mathew Wilson were fighting it out for fourth place. Yates had just about managed to keep Wilson at bay all morning and ended the loop with a 3 seconds advantage over Wilson after 4 stages. 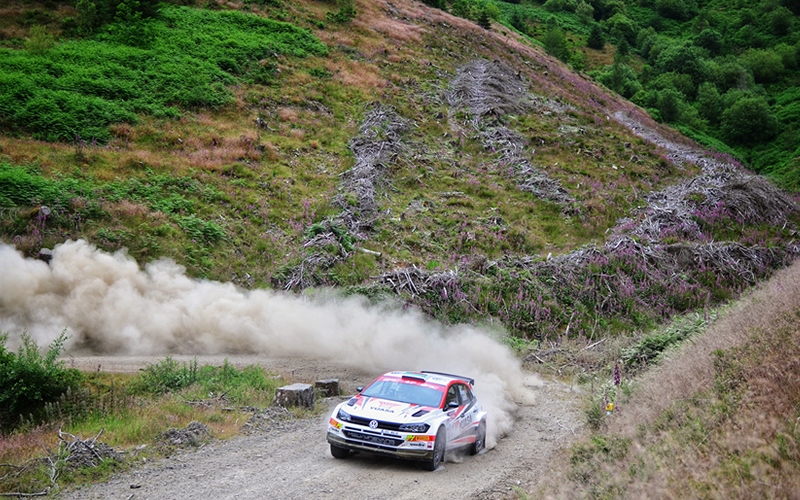 Back out after service and Matt Edwards set about stamping his authority on the rally over the likes of Cave and Pryce. The Reigning BRC Champion opened up his afternoon assault by winning the second run over Llyn Login. He then went on to follow that up by winning Monument and Halfway which enabled him to stretch out his overall lead to Cave by 7 seconds. 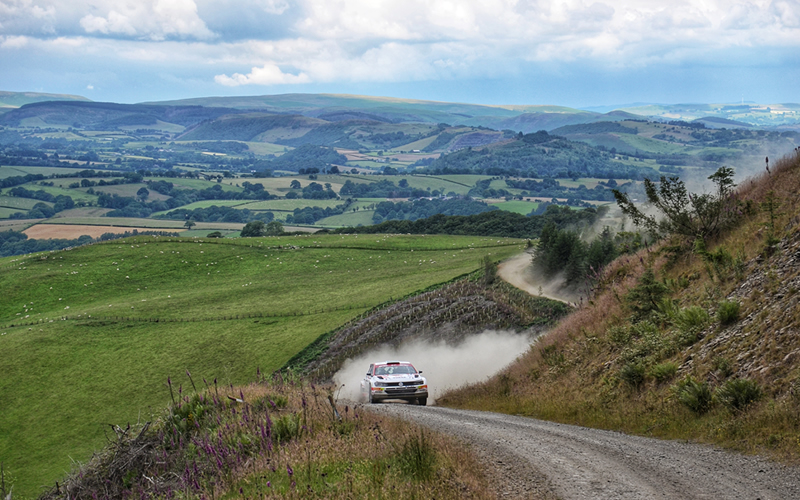 The final stage of the rally was won by Pryce but Edwards was able to hold off the challenge from Cave through the final 9 miles in Crychan Forest to secure the victory. Eventually winning the rally by 5 seconds, the two times BRC Champ Matt Edwards alongside Co-Driver Darren Garrod had endured a tough battle all day with fellow countryman Tom Cave and his Co-Driver Dale Furniss.

Osian Pryce and Noel O’Sullivan rounded off the Podium while Rhys Yates was able to maintain the gap to Matt Wilson to bring his Rally 2 Fiesta home in 4th.

In the JBRC class Ruairi Bell got the better of Finlay Retson by over a minute and Fraser Anderson took the ABRC class honours. Brendan Cumiskey won the BRC4 class whilst Elliot Payne beat Stephen Petch to win the NRC class.

We’ve had a great day, I’m absolutely over the moon with the win, it means a lot with the top ten that we’ve had here today, to come out on top its been one hell of a fight all day. It’s been a fantastic effort by the team and a huge thanks to everyone for persevering with the event to make it all happen, it’s been a mega effort and I’m really pleased to come out on top.

Edwards now leads the BRC as the series heads across the Scottish border for Round 3 – The Grampian Forest Rally on 14th August.