The British Rally Championship headed to North Eastern Scotland for round three of the 2021 championship. The Grampian Forest Rally, which features stages just a stone’s throw away from Aberdeen for the first time since the 1980’s offered up a fresh new gravel challenge for BRC contenders. 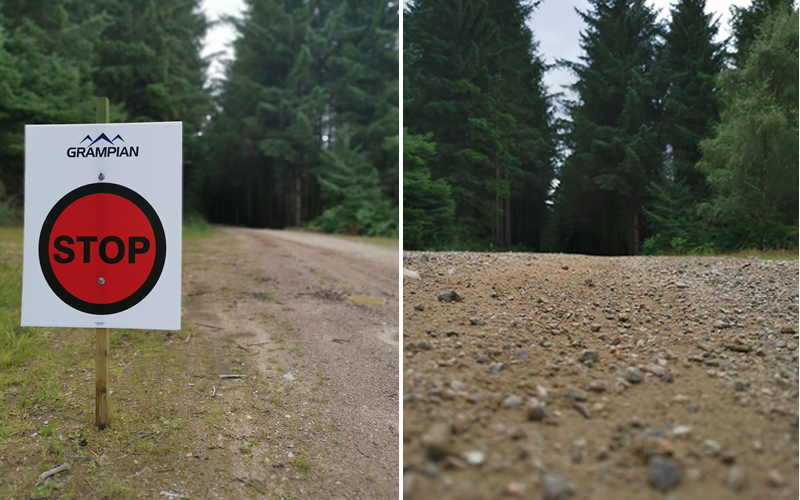 Organised by the Stonehaven and District Motorclub, the event which also hosted the Scottish Rally Championship, featured 6 stages totalling 44 miles of competitive action. 13 BRC1 registered crews were joined by a number of other top National Cup crews to take on the fast and flowing Scottish gravel stages in the Durris, Fetteresso and Drumtochty Forests. 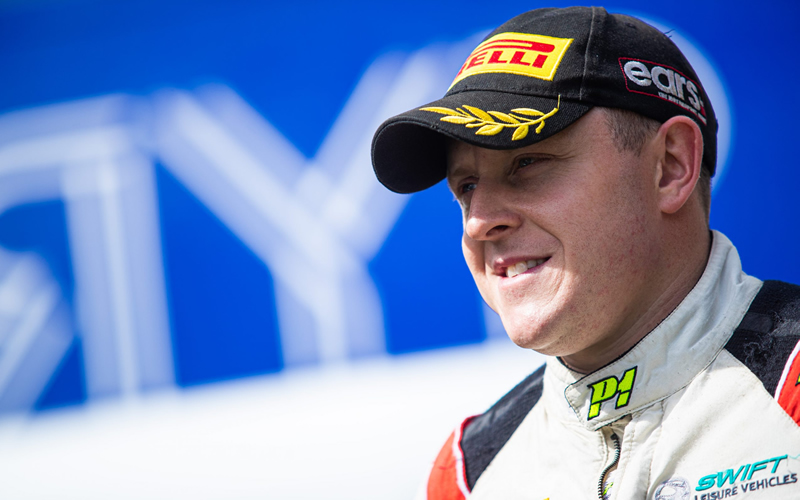 Current BRC Champ and winner last time out in Wales at the Nicky Grist Stages, Matt Edwards led the crews into the first opening stage of the rally; which was the shortest of the three (which were to be repeated in the afternoon). A 6-mile stage in the Durris Forest saw M-Sports Mathew Wilson kick start the day with his first stage win of the rally in his Ford Fiesta Rally2. 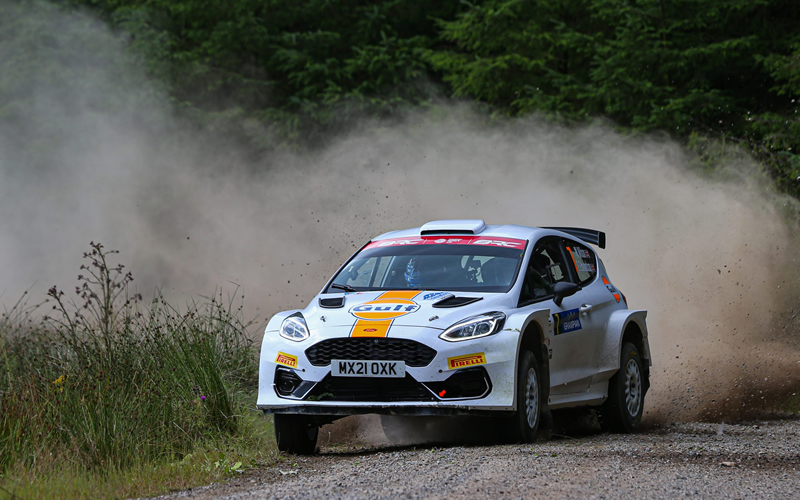 Wilson who finished 5th last time out on the Grist in Wales posted a time which was 3 seconds faster than Osian Pryce in the VW Polo GTI R5 car. With Matt Edwards in joint third with the second M-Sport Rally2 Fiesta of Rhys Yates, the times at the top of the leader board were close and a battle in the Scottish Forest was being set up nicely.

The next stage through Fettteresso was the longest of the route at 8.5 miles. By bagging his second stage win, Wilson was able to stretch out his lead over second place man Pryce to 11 seconds; whilst Edwards set about closing down the gap to them both. 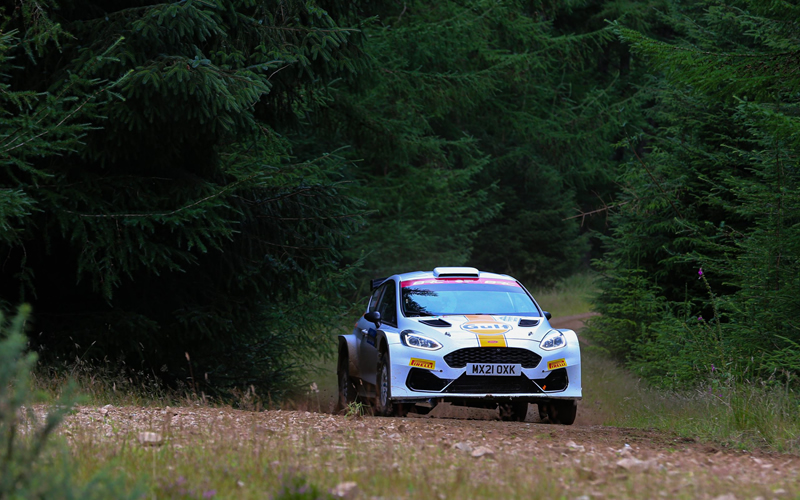 In the final stage of the morning loop, Drumtochty, Edwards wheels were in motion despite having a missfire to his VW Polo GTI R5. With his first stage win under his belt, he had overtaken Pryce earning him second place and was just 8 seconds behind the rally leader Wilson. 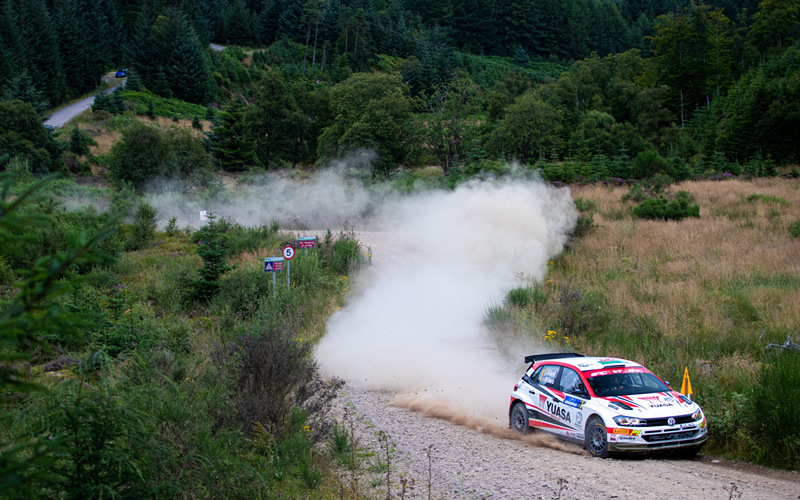 Pryce although started the morning off with that second fastest time on the opening stage, for the other two longer stages he was left behind by Wilson and Edwards having to trade times with the likes of Rhys Yates and Keith Cronin. Pryce had alteast maintained his third place overall with a 9 second gap to them over the morning loop. 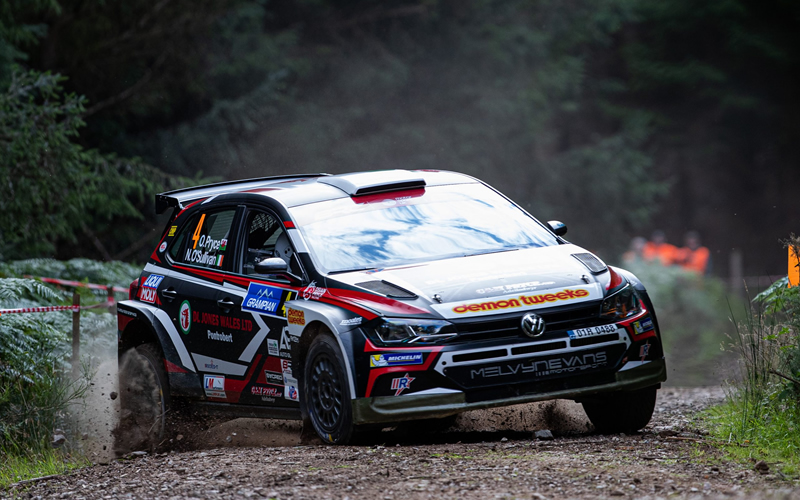 Edwards continued on his quest to catch Wilson in the first of the afternoon loop of stages. The second run through Fetteresso Forest ended with the pair stopping the timer on the exact same time. Although this was promising that Edwards could match the pace of Wilson, there was only a further two more stages left to overhaul him in and potentially overturn that 8-second deficit. 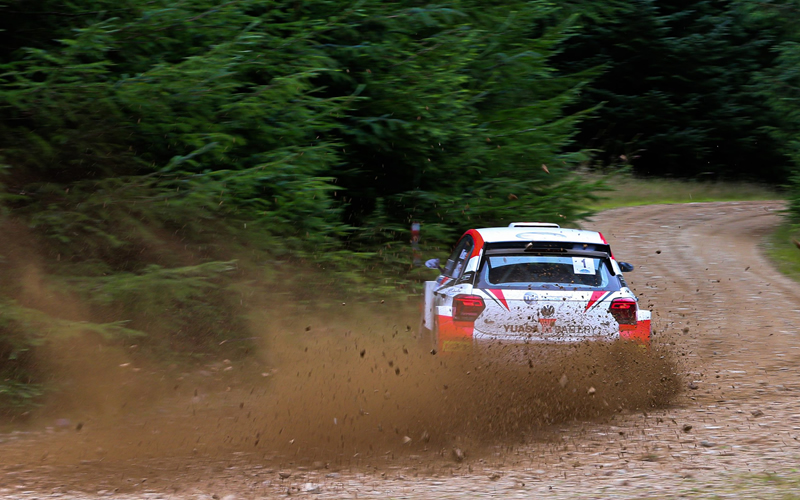 Unfortunately for Edwards that battle with Wilson was to end on the penultimate stage of the rally, in Drumtochty Forest. The misfire which had first appeared in stage 3 had returned but this time proved terminal. The Polo was parked up leaving Wilson to cruise home through the final short Durris Stage to take the win. 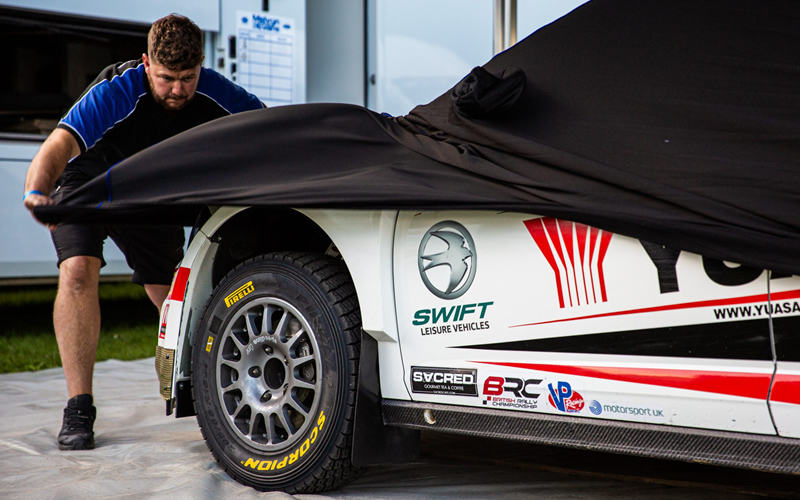 Whilst the reigning BRC Champ Edwards was disappointingly facing his first DNF, M-Sports lead test driver Wilson who was guided by Co-Driver Elliot Edmondson was revelling in his first British Rally Championship win in some 16 years. 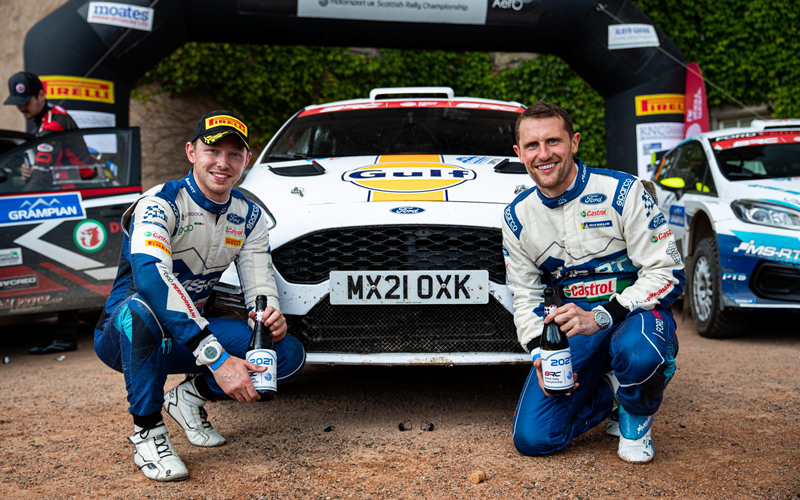 “We are really happy, It’s a shame we didn’t have the fight with Matt in the last two stages but I think we felt controlled there. It was just the one stage that he took a few seconds off of us but that was the only stage. Other than that yeah we’ve have a really good day!

Edwards exit also promoted Osian Pryce into second who ended the day with the final stage win of the rally and securing his best BRC result of the season thus far. Rhys Yates rounded off the third spot on the podium having managed to fight off a challenge from Kieth Cronin. 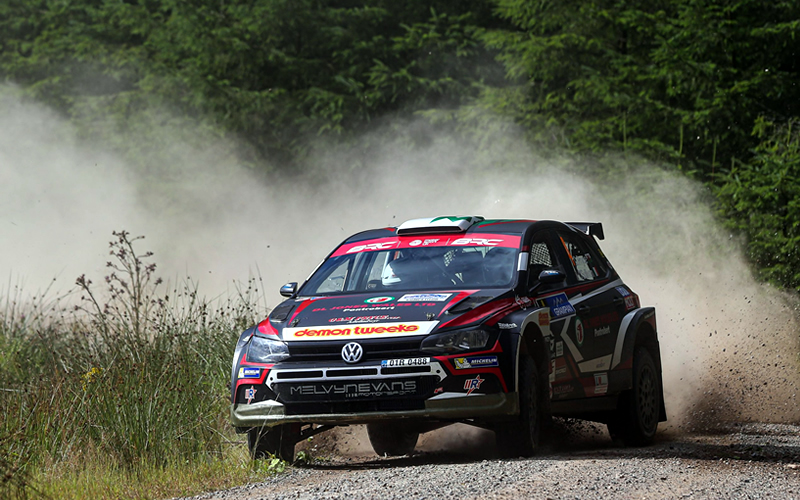 Yates having already played his Joker card on the opening round, once added to his results from the Grist and now Grampian left Scotland on top of the championships standings just a single point ahead of Osian Pryce. 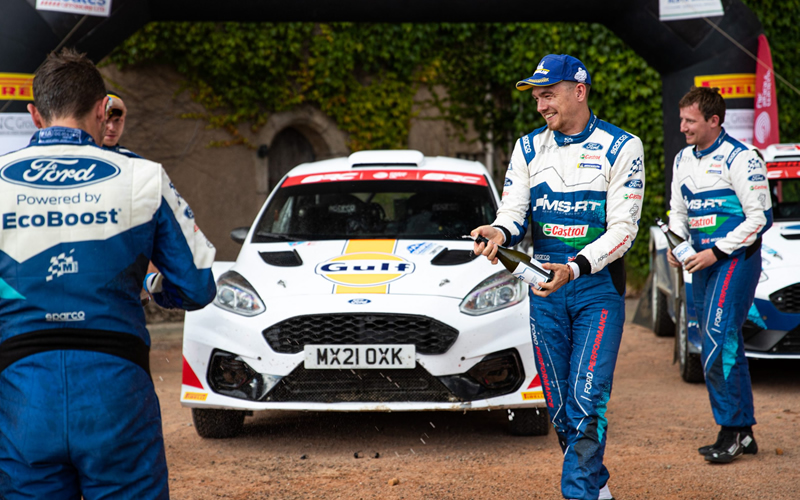 Elsewhere in the National Cup Garry Pearson in the Skoda Fabia R5 got the better of Stephen Petch in his Ford Fiesta RS WRC by some 40 seconds. Pearson played an abosloute blinder on the Scottish Gravel winning all but the third stage leaving Petch to fight it out with Elliot Payne behind him. 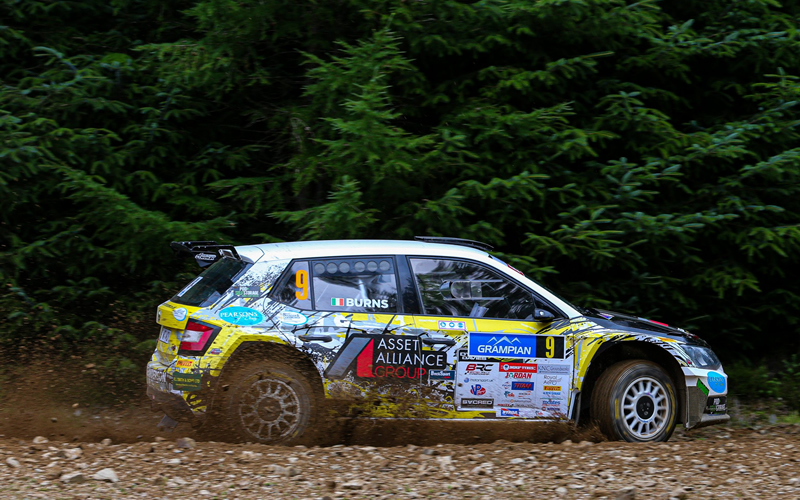 Eamonn Kelly took the BRC4 Juniors honers in his Ford Fiest Rally4 despite never getting a class stage win. Ruairi Bell led for most of the rally up until retirement on the penultimate stage which gifted Eamonn Kelly the win by some 18 seconds to second place David Kelly.

The BRC heads to the famous forest of North Yorkshire for the next round at the Track Rod Rally Yorkshire where fast gravel stages in the likes of Dalby Forest await the crews on 24th – 25th September.