For the first time since its inception back in 1958, the British Rally Championship arrived on the picturesque Isle of Mull for the fifth round of the 2021 season – The Beatson’s Building Supplies Mull Rally. With 17 stages covering 148 miles, this event was to be one of the longest and perhaps the most individual of events on the calendar this season and would be a challenging one at that. 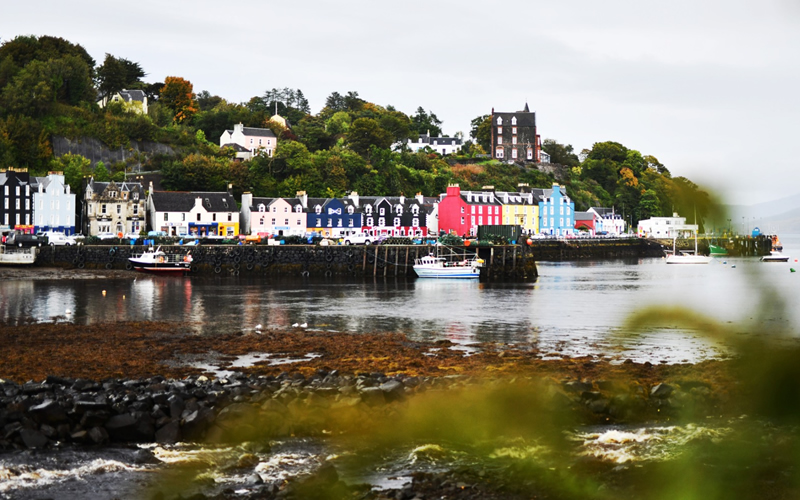 For an event that began life in 1969 as a club level road rally, it offered up an immense challenge for the handful of BRC crews that had boarded the ferry across the Scottish seas. The rally was spread across three legs and consisted of a real mix of narrow but quick tarmac roads. With proper night stages that this iconic event is traditionally well known for thrown into the mix, the event promised to live up to both its status and expectations.

Osian Pryce arrived on the Island leading the standings and played his joker card with the aim of maximizing his points haul, but would only face competition in the BRC from the recent victor of Rally Yorkshire, Matt Edwards. This was the Welsh pairs first attempt at Mull but that would not stop the pair from comparing stage times with crews from the Scottish Tarmac Championships. 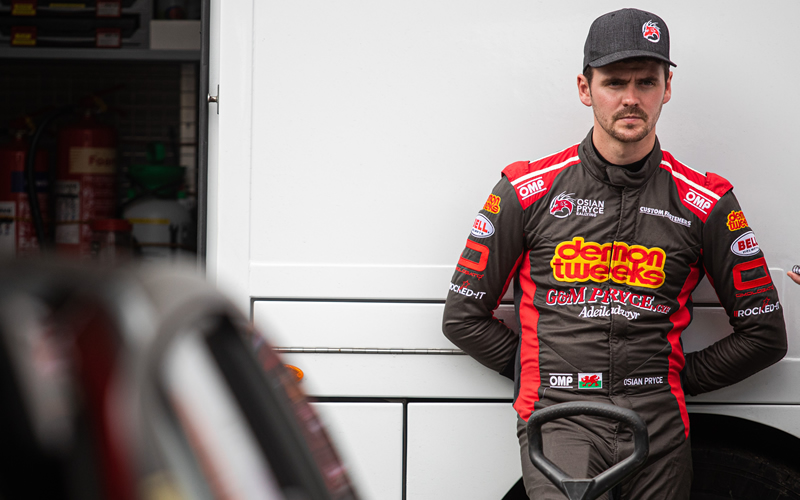 Elsewhere in the BRC National Cup, Garry Pearson would make the switch from the Skoda Fabia to a Mitsubishi EVO IX for this event. The likes of Will Creighton, Kyle White and Finley Retson would also fight it out for the BRC Junior Honours with Championship leader Eamonn Kelly.

The opening leg of the rally consisted of five stages in the darkness but as the rain began to fall, our reigning two times BRC Champ Matt Edwards would leave the road only a few corners into the opening test of the event, Mishnish Loch 1. 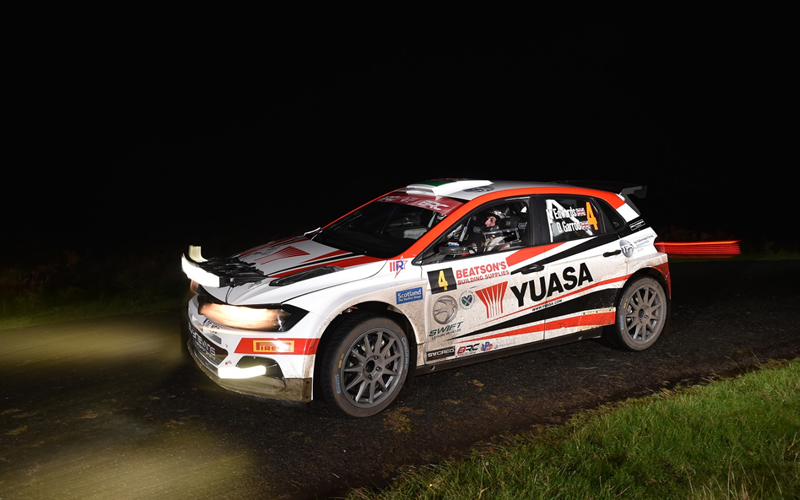 The VW Polo GTi R5 of Edwards suffered some damage and he lost around 15minutes at the side of the road. At the stop line, Edwards was visibly not happy, reporting that he lost the brakes early on at a tight left-hander. This drama on the opening stage had not only put Edwards on the back foot right from the off but had also placed the championships title hopes firmly on the shoulders of Pryce, with pretty much the whole of the rally ahead of them. 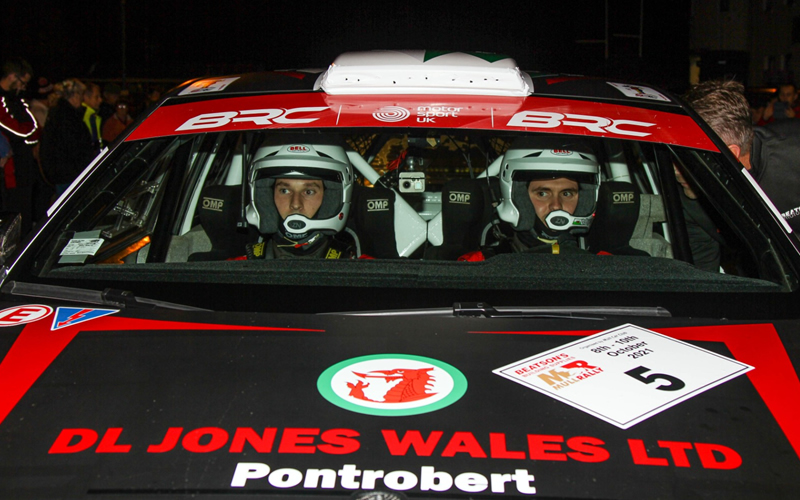 Pryce, although felt he was on the wrong tyre choice made it through the first two stages, posting the fifth-fastest time on the opener and then fourth on SS2 but was nearly a minute down on the leading Scottish crews heading into the first service stop. 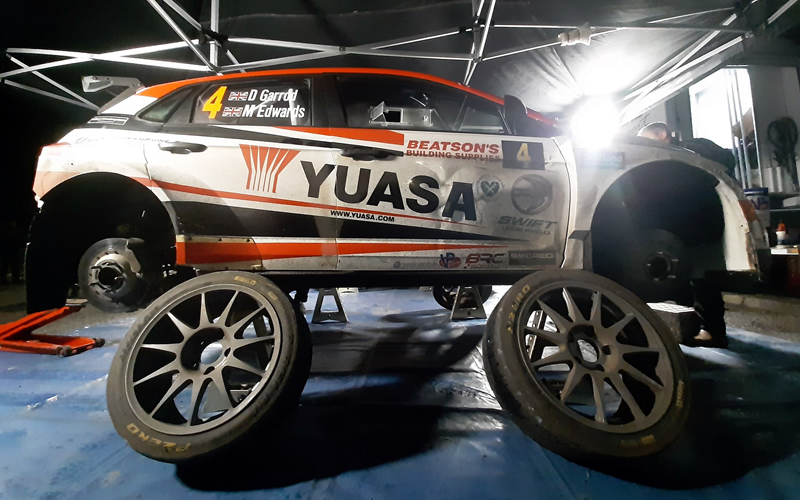 Back out after service and Edwards, now with working brakes was back up to speed beating Pryce by 4.5 seconds on SS3 Loch Kinloch and set about recovering his time loss from the opening stage disaster. Edwards went on to beat Pryce on the remaining two stages to end the first leg over 12minutes adrift from Pryce but Pryce now had time on his side for which he had to manage moving forward. 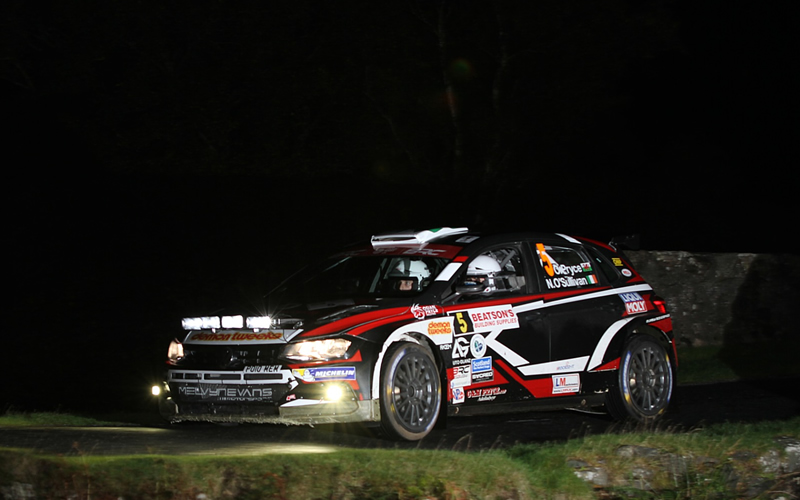 Meanwhile, in the National Cup, Gary Pearson would set the early pace but the Scottish driver would have an off on the final 20 miler night stage Glen Aros – Calgary Bay with brake issues, handing the lead over John Morrison in the R5 Fiesta. 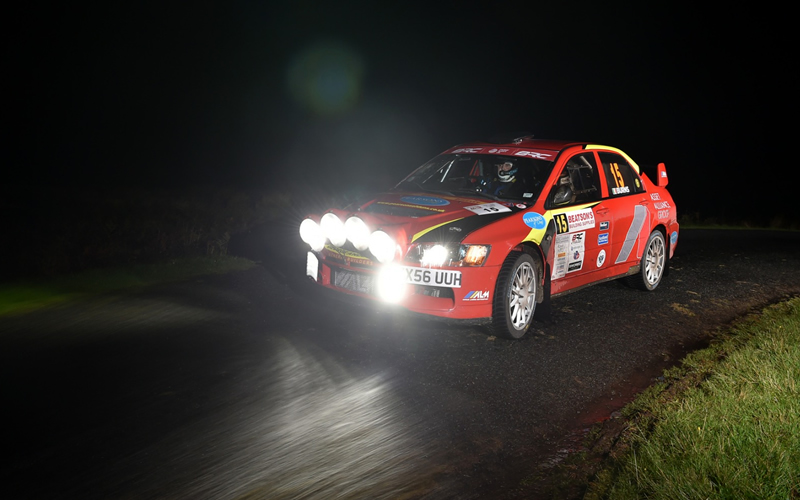 In the BRC Juniors, Kyle White set the opening stage pace and Finlay Retson the on the second stage but after the service stop Will Creighton took charge of the rally with three stage wins to lead Retson by over 30 seconds at the end of the first leg of action. 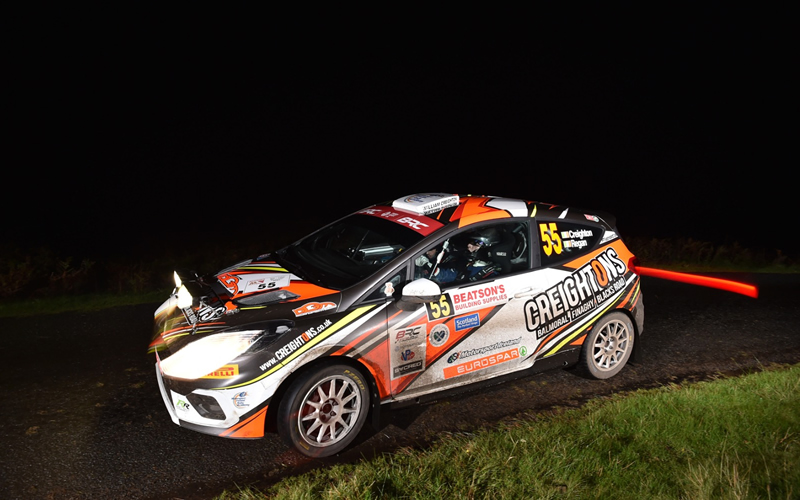 After a late challenging and dramatic opening night, the rally would restart the following morning with a further 8 daytime stages on the agenda over 51 competitive miles.

Matt Edwards was facing a mammoth recovery task ahead of him while Osian Pryce had the job of keeping it on the road. Edwards began the morning by tackling the Lock Kinloch stage where he had came a cropper the previous night and won it comfortably by nearly 9 seconds to Pryce. 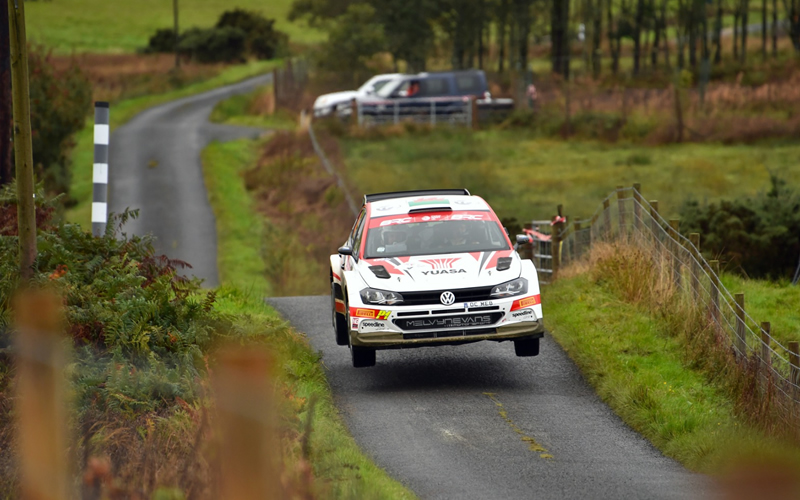 Edwards followed that up in SS7 Knock 2 winning by a further 12.6 seconds and had a bit more of a smile on his face at the end of that loop. However, while Edwards was enjoying driving the Polo, Pryce was really struggling with the setup and was a little baffled as to where they were going wrong, even though the Melvyn Evans Motorsport run cars were in pretty much similar ranges of setup. 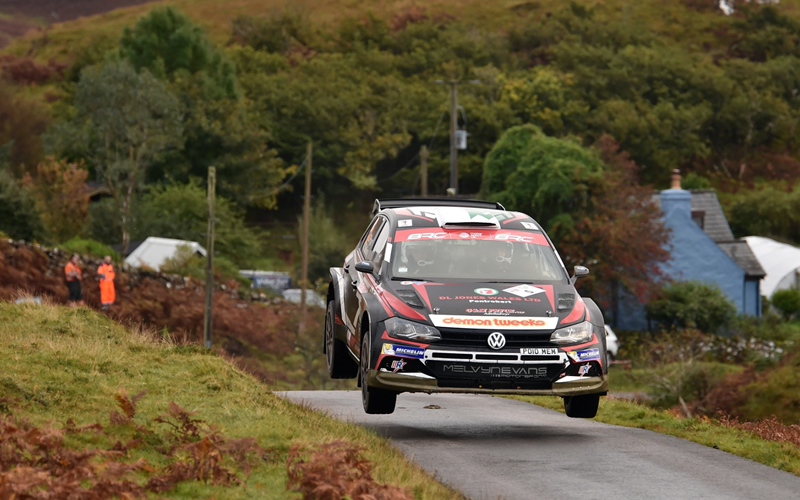 Over the course of the day, Edwards continued to claw back time, ending the daytime loop having reduced the gap down from Pryce to just under ten and half minutes. But with 4 stages covering just 46 miles remaining on the final nighttime leg of the rally, it was unlikely that he would be able to contest Pryce for the win. 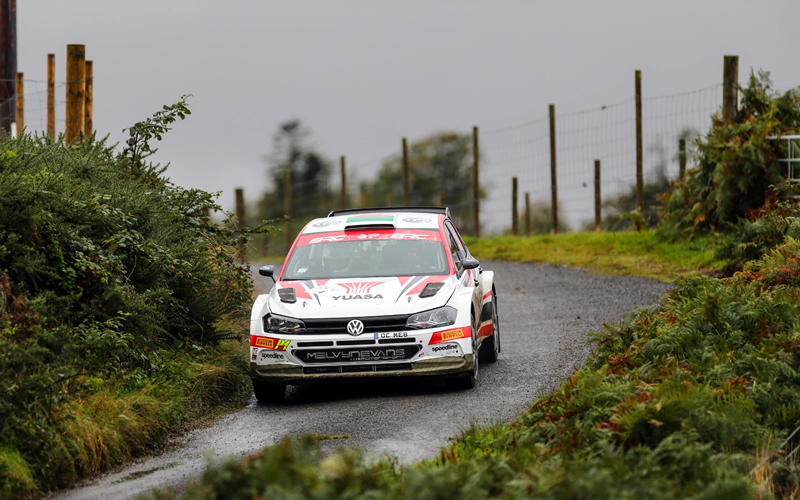 Despite being at a bit of a loss with the Polos setup, Pryce who was looking forward to the second batch of night stages had found himself in second overall. With the forthcoming Ulster Rally at the end of the season in mind, the only aim for the remainder of the rally was to use the millage to continuously make improvements to the setup. 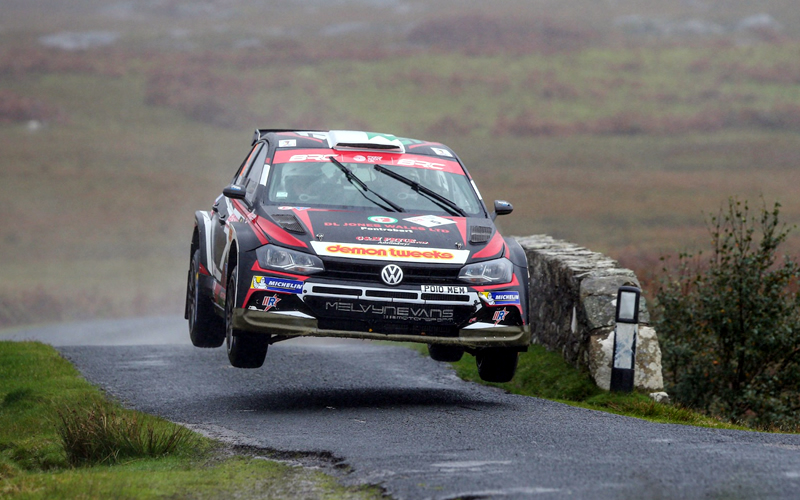 Meanwhile, in the National Cup, Garry Pearson was on a charge and was chasing down Alistair Inglis in the R5 Fiesta, it was now a straight-up two-way fight between the pair with just 4.7 seconds separating them heading into the final evening leg of the rally over the night stages. 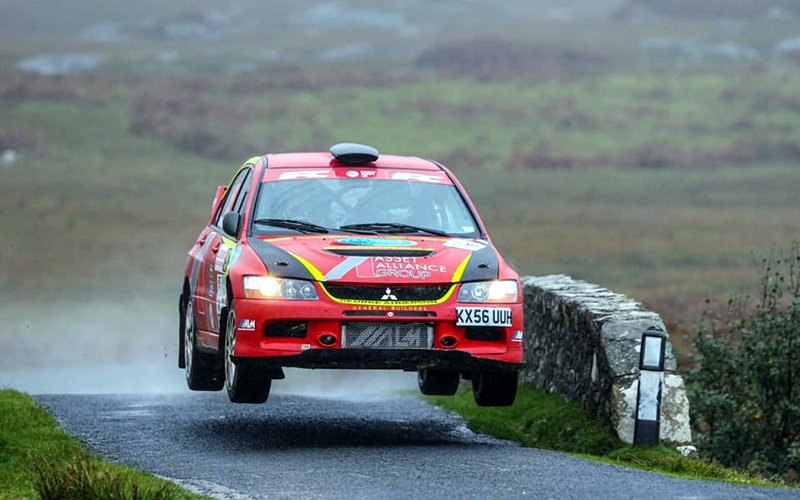 Will Creighton who was “just trying to keep it tidy” continued to lead the Juniors, comfortably increasing his lead over Finlay Retson on every stage to end the loop with a sizable 1min 32 seconds lead heading into the final nighttime leg. 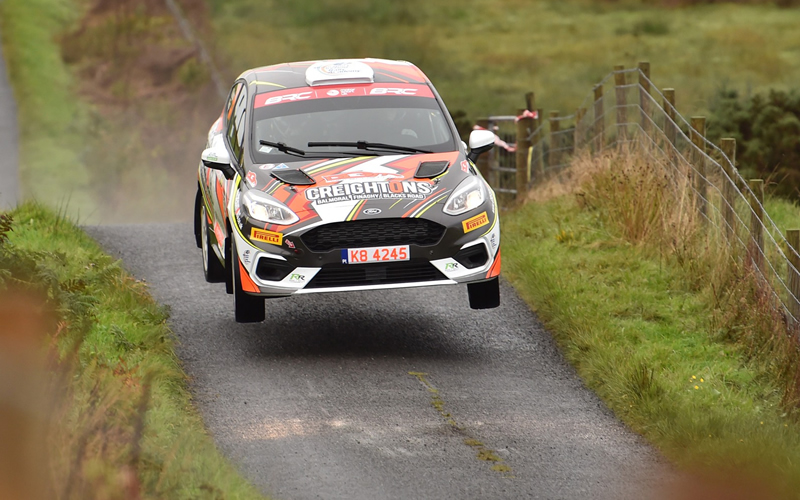 The evening’s loop and final leg of the rally began with 22 miles of Calgary Bay – Loch Tuath. Edwards continued to push hard into the night and continued to post amazing stage times taking further time back. But Edwards had driven as hard as he could thus far but in reality, he had ultimately done all that he possibly could.

Garry Pearson alongside Co-Driver Niall Burns added their second BRC National Cup win to their season on the Mull, having brought their Mitsubishi EVO IX home with a sizable lead over Jason Black, their championship is looking promising. 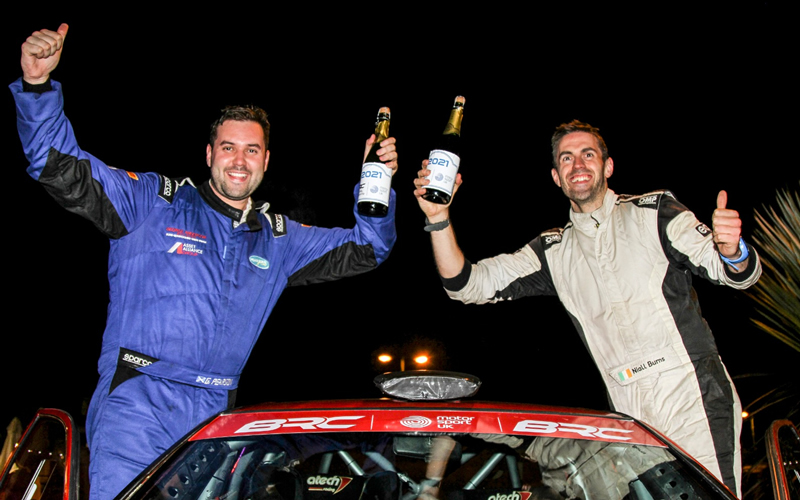 William Creighton and Co-Driver Liam Regan crossed the finish line with a convincing win in their Rally4 Fiesta. The likes of Finlay Retson in second and Eamonn Kelly rounding off the Juniors podium were outclassed in Mull. Creighton had taken his third victory of the season so far and moves closer to the fight with Championship leader Eamonn Kelly. 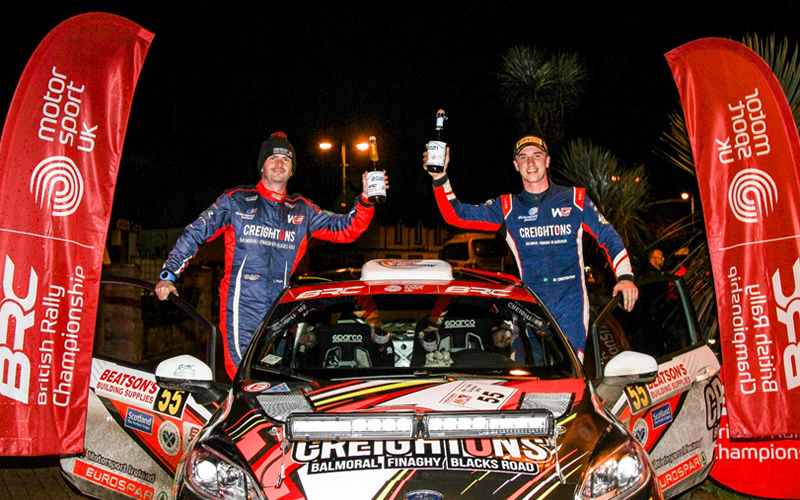 Osian Pryce alongside Co-Driver Noel O’Sullivan pushed on to bring their VW Polo GTi R5 home for not only second overall but for the BRC victory, their first since 2013, with the added 5 bonus joker points also bagged.

Although a winner, Pryce was a little disheartened that the fight with Edwards didn’t happen, sighting the need to make sure that he got those all-important points, was the focus for all but the first 3k of the rally. 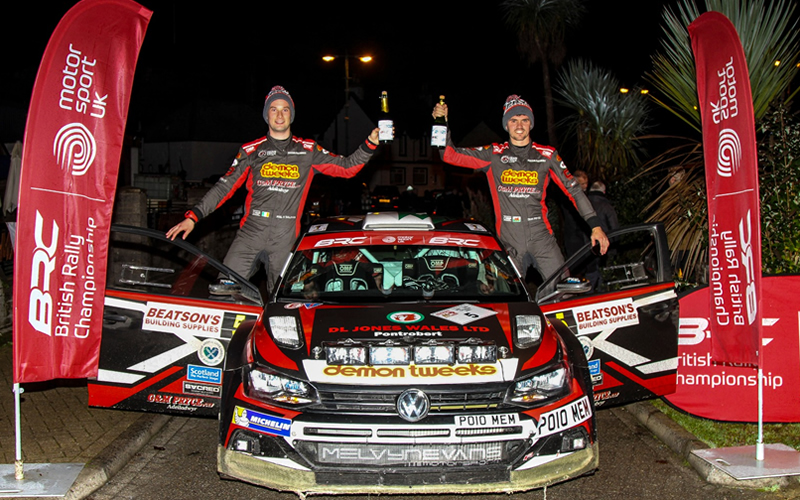 “We made the most of the situation…. full points and joker points as well, it makes the Championships quite exciting but I think this is where the works starts.

It’s not been the easiest weekend for us having to defend our position since 3ks into the rally, but we’ve done the job and we can’t ask for more.

It’s probably been the hardest rally that I’ve done in a very long time, purely because you’ve got nothing to fight for and everything to lose.”

Matt Edwards came in some 12 minutes down on the timings sheets, unable to really do any more following that opening stage troubles on the first night of the rally. He still managed 5th overall and left Mull with a decent haul of points to put towards his BRC campaign but those impressive stage times which showed what could have been are perhaps a hard one to swallow. With SS14 the most impressive of them all, setting a time that was 1 second a mile quicker than the stage record being the headline for Edwards. 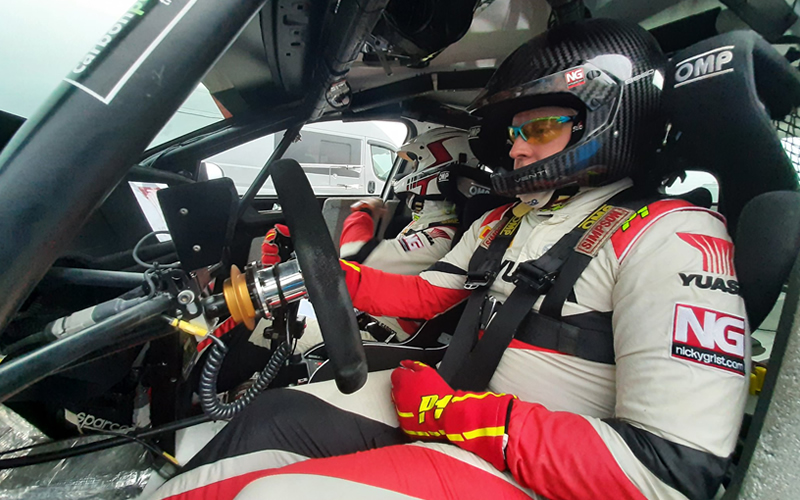 “I tried to take the maximum on every stage and did maximum effort all day”.

“The car for me has been perfect, I haven’t put a click on it since we got here, I really enjoyed it.”

“To have had the confidence and the car to be able to push as hard as we could. Its some feeling to have had that pace today”

(In the championships) “With two 1st, one 2nd and a 4th, It’s not a bad outcome after the first night”

With those bonus joker points, Pryce extends his lead at the top of the Championship standings significantly now. Both Edwards and Pryce will be joined by more of the regular BRC crews on the next round at the Cambrian Rally, North Wales on 30th October; as the series returns to Gravel for a favourite event on some of the classic world-class stages.