Some 17 months had passed since the last BTRDA Rally event, the Malcolm Wilson Rally way back in March 2020. But finally, the long wait for the return of one of the UK’s most popular Rally series and the return of Welsh Rallying happened with The Nicky Grist Stages.

Sponsored by the man himself (Nicky Grist) and organised by the experienced Quinton Motor Club, the 2021 edition of the Nicky Grist Stages featured 8 stages (2 loops of 4 stages repeated) covering 44 stage miles on some of the World-Class Welsh gravel stages in and around the Epynt Military ranges. 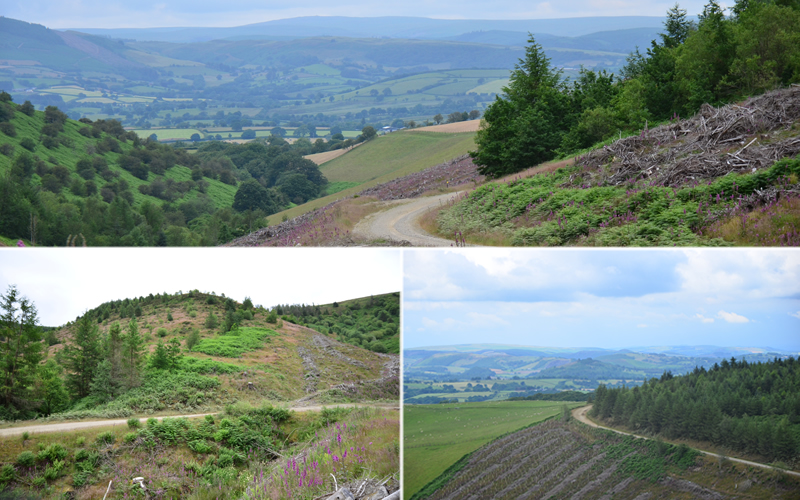 The rally based out of the Royal Showground in Builth Wells played host to the opening round of the 2021 MRF Tyres BTRDA Rally Series and attracted a huge entry of 130 competitors. But sorting out who’s entry was accepted and then their seeding order was not the only challenge for the Quinton MC team.

Despite the relaxation of COVID restrictions from the Welsh Government both the MOD (Ministry of Defence) and NRW (Natural Resources Wales), the landowners where the rally would take place, stipulated no spectators just weeks before the day of the rally. This was largely down to the significant military training operations in the area on the day, this along with a whole host of other challenging circumstances was overcome by the organisers and all involved to successfully put on a top-class National rally. 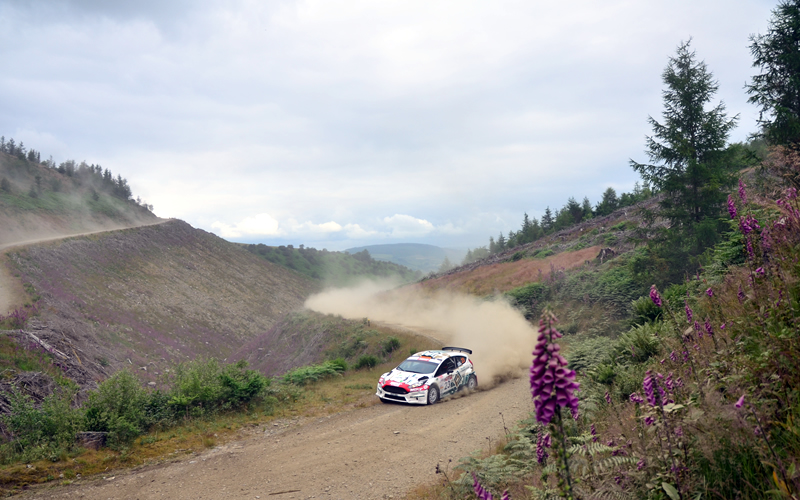 2019 BTRDA Bronze Star Champion Callum Black made his return in a R5 Fiesta to compete in the Gold Star this season and he would see off some stiff competition from the likes of Ian Bainbridge and Gorge Lepley in Wales for the opening round. 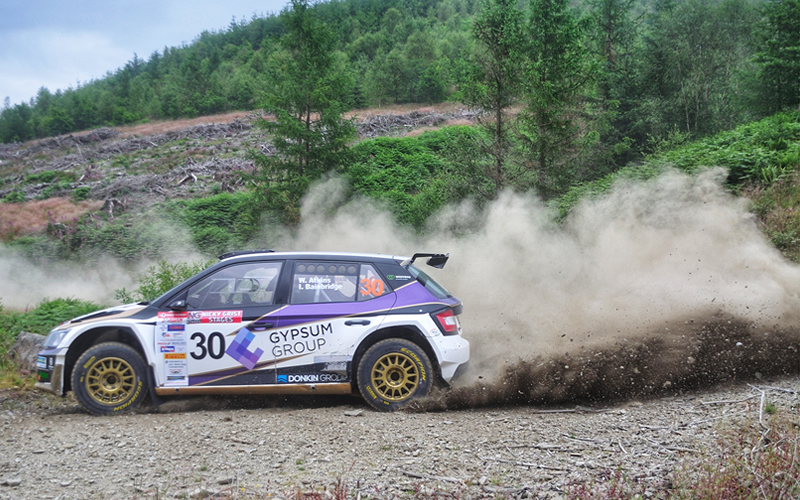 Black got his challenge underway with the opening stage win in the short 3.5 mile Llyn Loggin test, getting the better of Bainbridge by just 1 second; but Bainbridge in his Skoda Fabia responded on the very next stage, Monument taking two seconds back out of Black to take the lead. 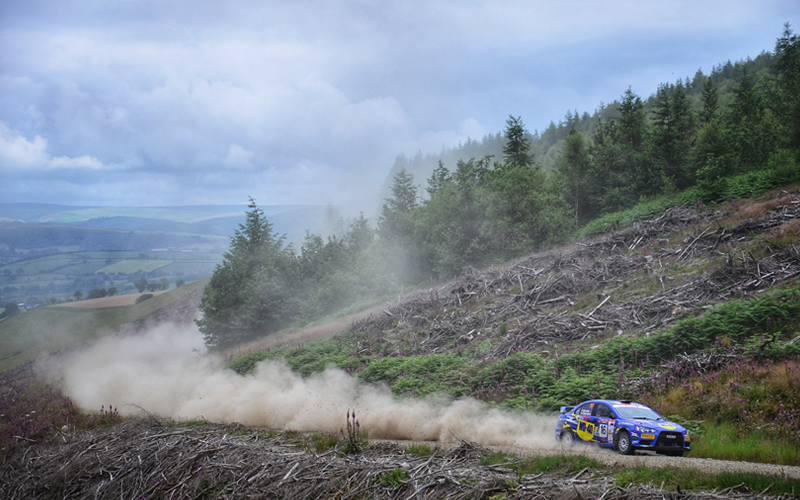 In Halfway Forest, Black posted his second stage win of the morning but George Lepley in the WD40 sponsored Mitsubishi Evo X had managed to separate Bainbridge from Black in this one. This returned the lead of the rally back to Black, with the 9-miles through Crychan Forest left to run before the midday service. 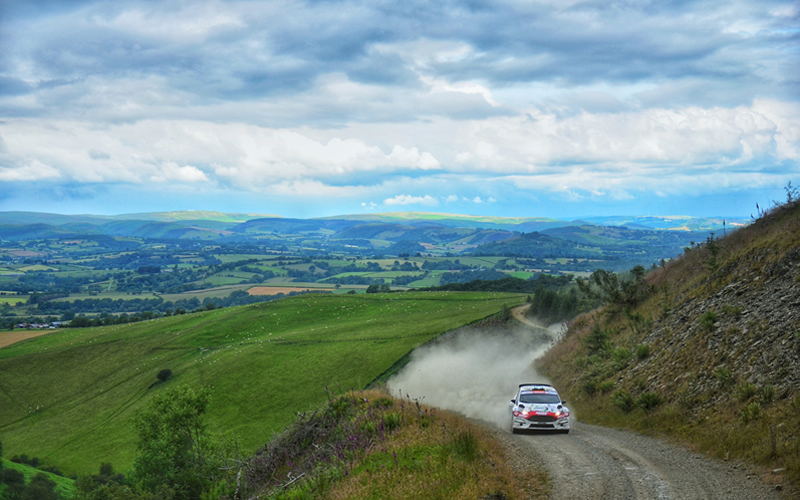 In SS4 Crychan, Black posted a convincing stage win beating Bainbridge by 6 seconds and despite picking up a broken Anti Roll Bar in the morning loop, he had extended his overall lead to 12 seconds as the crews headed into service at Builth Wells. But Bainbridge would have the 2019 Silver Star Champ Lepley behind him to worry about who was just 2 seconds behind him after the morning loop of 4 stages. 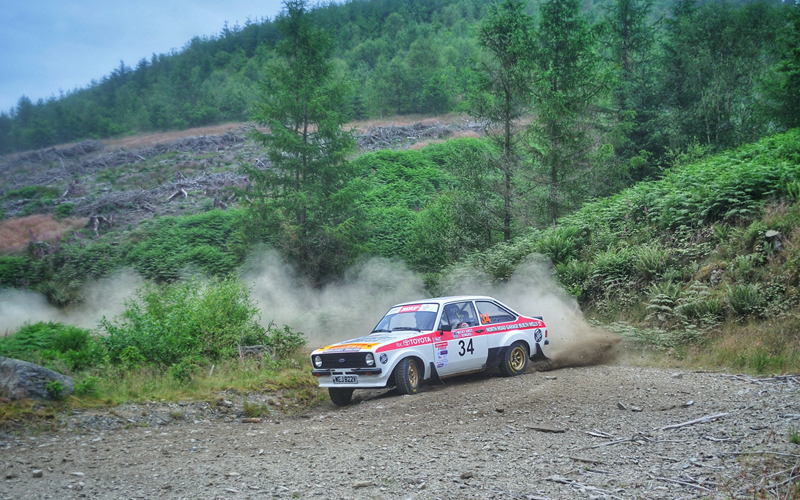 Local Builth boy Jason Tauber Pritchard was once again on form in his Historic Spec Mk2 Ford Escort, laying 11th overall and leading both the Silver Star category some 38 seconds ahead of Frank Kelly and the Historics with a 21 seconds gap to Paul Barret by the midpoint of the rally. 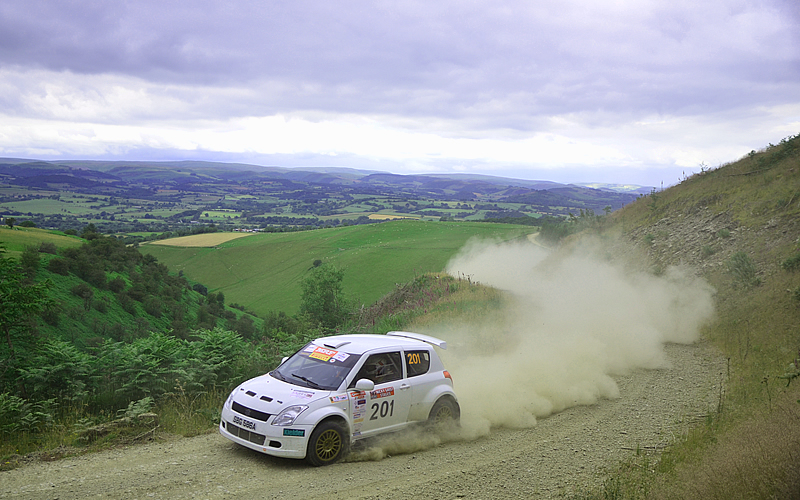 Elsewhere over the morning loop Steve Black in his Suzuki Swift was holding a strong lead over his 1400 rivals, 11 seconds ahead of the Vauxhall Nova of David Brick. 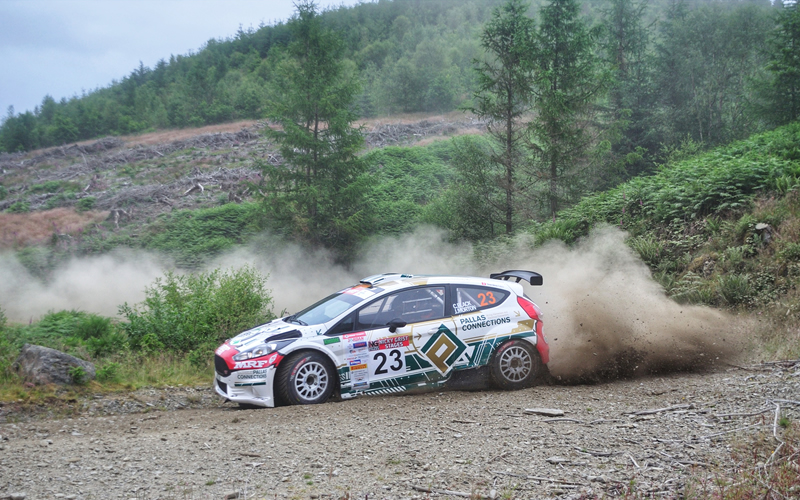 Back out after service for the afternoon and Callum Black set out in search of his first Gold Star victory of the season. Winning the first stage of the afternoon loop (Llyn Login 2), this spurred him on to win the next two stages. Although Ian Bainbridge was able to pick up the final stage win of the rally, Black crossed the finish line at the end of the final blast through Crychan Forest with a good 21 second lead over Bainbridge in second to secure the opening round victory.

Its been a brilliant days rallying! I’m chuffed with the win and the pace vs The BRC boys. The broken ARB for the morning loop wasn’t ideal, but MRF Racing were mint and Jack Morton (Co-Driver) was brilliant. Huge thanks to all my sponsors and the fantastic team. It’s good to be back. 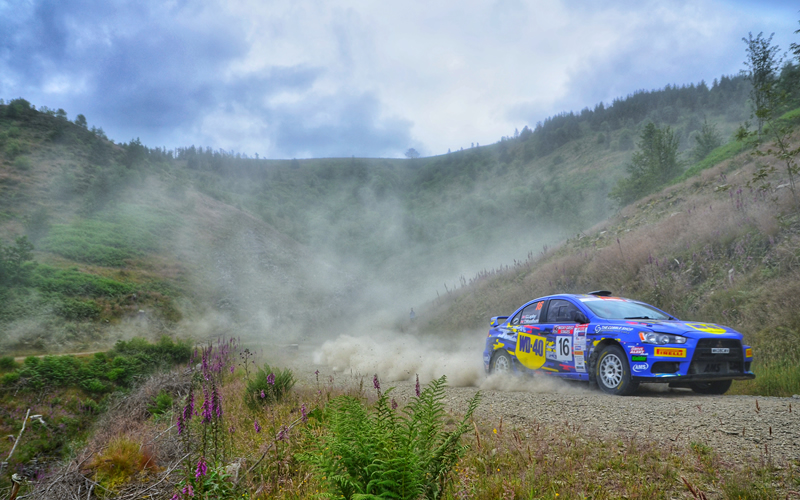 George Lepley rounded off the third spot on the podium having narrowly survived the final stage and a challenge from Tom Llewellin who came in just 1 second behind him. 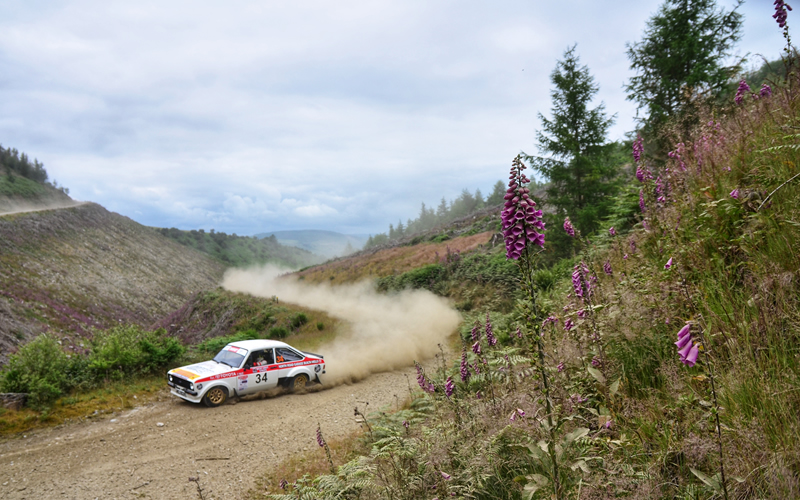 Jason Pritchard who finished just outside the top ten in 11th overall can be more than satisfied with this result. Winning both the Siver Star some 51 seconds ahead of Frank Kelly and being first Historic car home ahead of Paul Street, The Nicky Grist was the perfect start to his 2021 campaing. 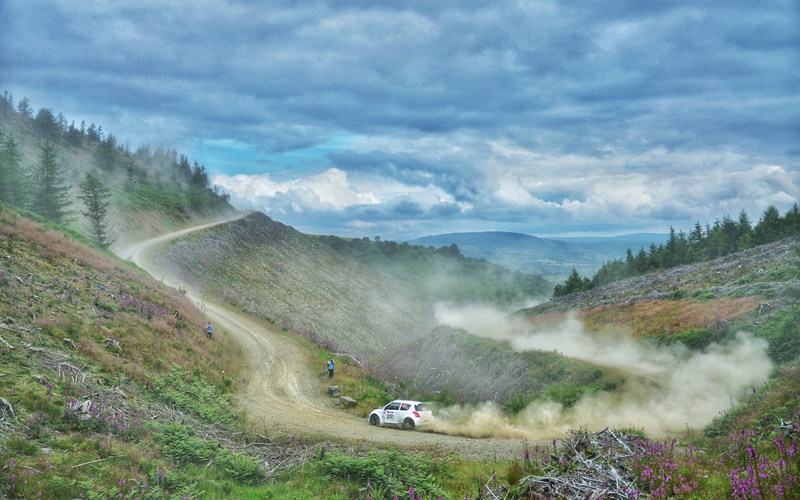 Steve Black secured the 1400’s class victory in convincing style with a whopping 36 seconds lead over his nearest rival Richard Jordan. The likes of David Brick who lost out on second place to Jordan in the final stage never really looked like challenging Black for the win.

The MRF Tyres BTRDA Rally Series moves north of the border for the second round at the Scottish Rally on 24th July, the 75th Anniversary of this iconic Scottish event.