The MRF Tyres sponsored BTRDA rally series arrived in the Scottish borders at the bonniest town, Jedburgh for the third round of the 2022 Championship and to a welcomed new event on its calendar. A mainstay in Scottish rallying, The Brick and Steel Construction Sponsored Border Counties rally has been hosting National Rallying for decades and celebrates its 50th year but one will have to cast one’s eyes all the way back to the early nineties to when the event participated last in the BTRDA Rally series. Organised in collaboration by the Hawick and Border Car Club and The Berwick and District Motor Club, the 2022 edition saw the crews tackle classic forest tests in the renowned Tweed Valley and Wauchope Forest complexes for six stages, covering around 45 miles of competitive action. 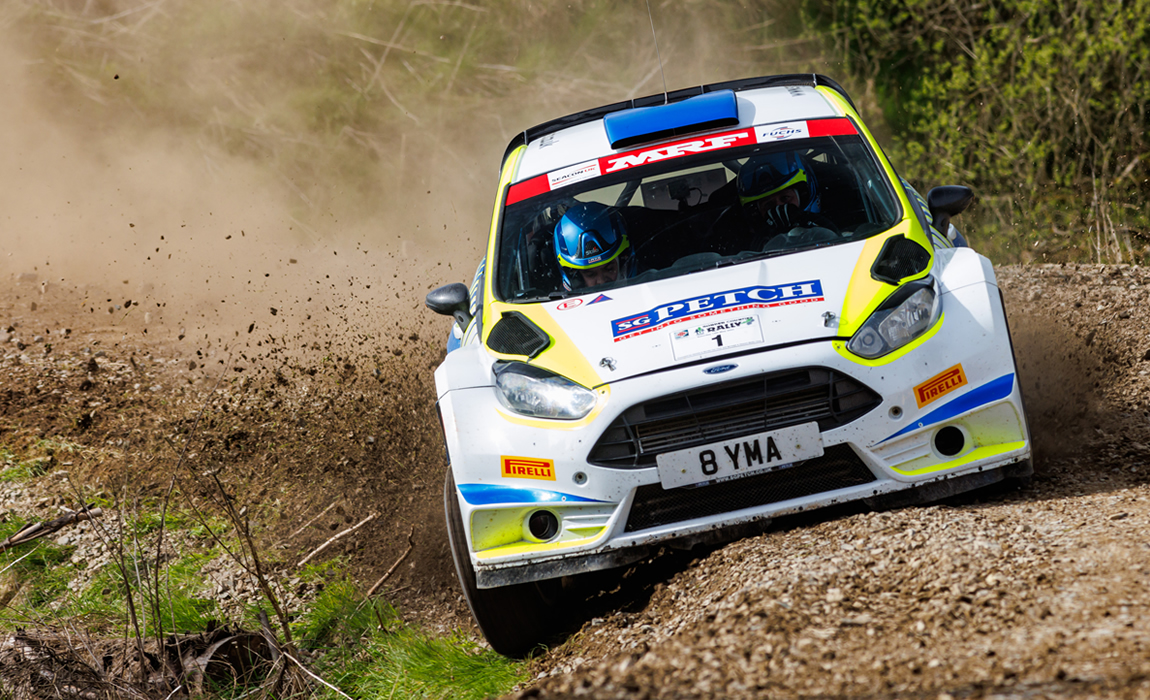 With a little over seventy competitors taking part, Round 1 winner Stephen Petch seeded as car number one would lead a gaggle of BTRDA regulars out into the gravel stages. This would include the likes of Matthew Hirst who was leading the Championship heading to the Borders after his win last time out on the Rally Nuts Stages (Round 2). Young guns Elliot Payne and Perry Gardener, along with Tom Llewellin who had made the switch from that Mitsubishi Mirage to a Rally2 Ford Fiesta in search of a lift in competitiveness.

And the early signs for Llewellin in the Rally2 Spec Ford Fiesta were good as he would be the fastest out of the blocks on the opening 7-mile test in Blackburn Rig. Getting the better of Perry Gardener in the R5 version of the Fiesta by 3 seconds, Llewellin alongside Co-Driver Ross Whittock were clearly wasting no time in getting settled into the car. 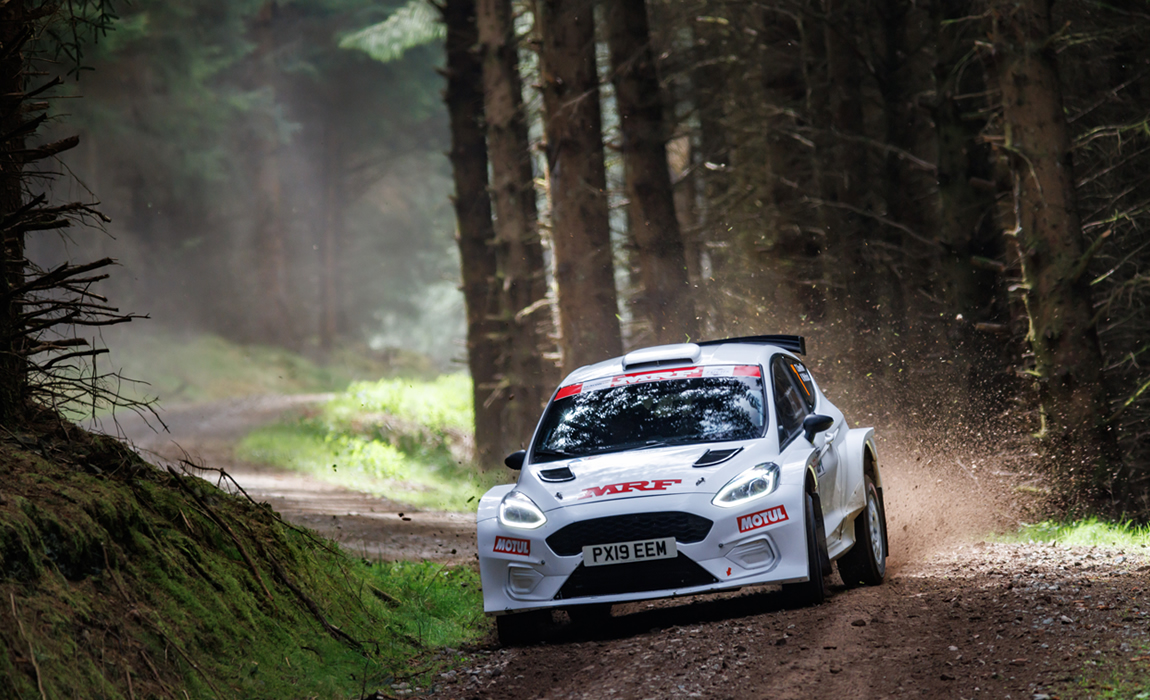 In SS2, the Lime Kiln Edge Stage Elliot Payne also in a Rally2 Fiesta matched Llewellin’s time to climb to second overall, just four seconds behind the leader but Llewellin was on form. The third test, SS3 Cardrona was the shortest stage of the event but Llewellin was still able to pull out a further four seconds from Payne to double his lead of the rally heading into the midday service halt back in Jedburgh.

But after an extremely positive morning in the Rally2 Fiesta, it would all go wrong for Llewellin on the first of the afternoon’s stages. Slipping off the road in SS4, his rally, unfortunately, ended in a ditch in Craik Forest.

The demise of Llewellin handed the lead of the rally over to Payne, who had some 14 seconds in hand to his nearest BTRDA rival, Gardener, with Petch a further 3 seconds behind. 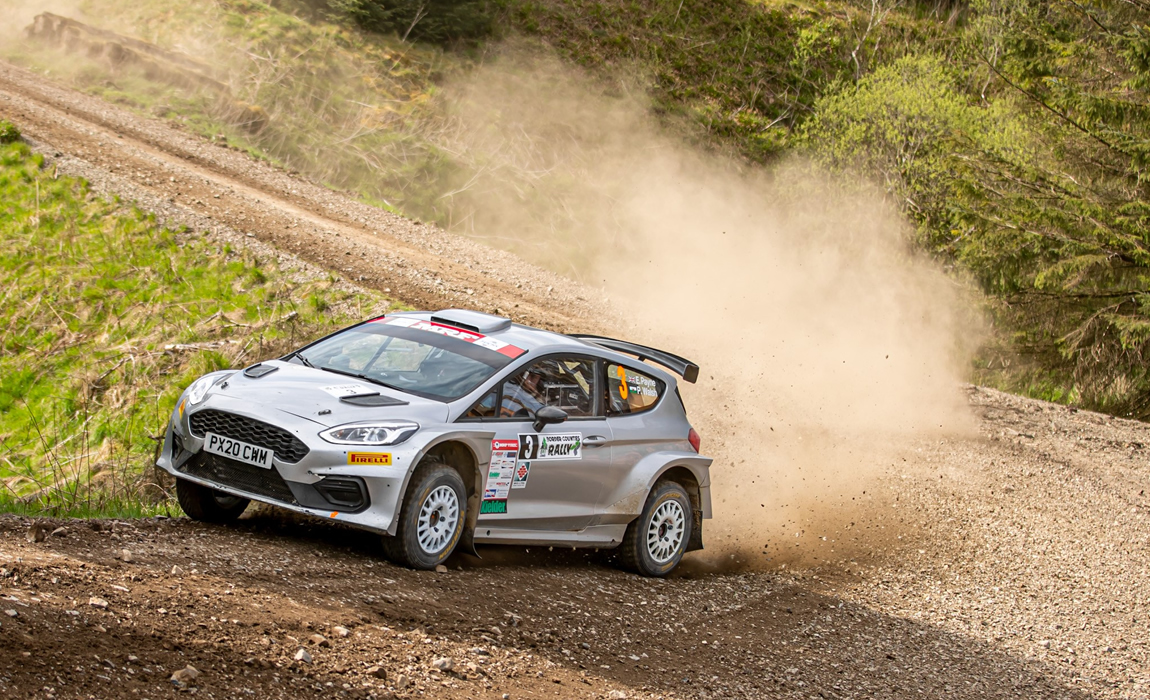 Round 2 winner Matthew Hirst had a troubled morning in his R5 Ford Fiesta, suffering from mechanical issues right from the off. Limping through the first two stages with only front-wheel drive and a hand brake release issue; Hirst found himself some 1 minute 25 seconds away from the sharp end at the midpoint in the rally. 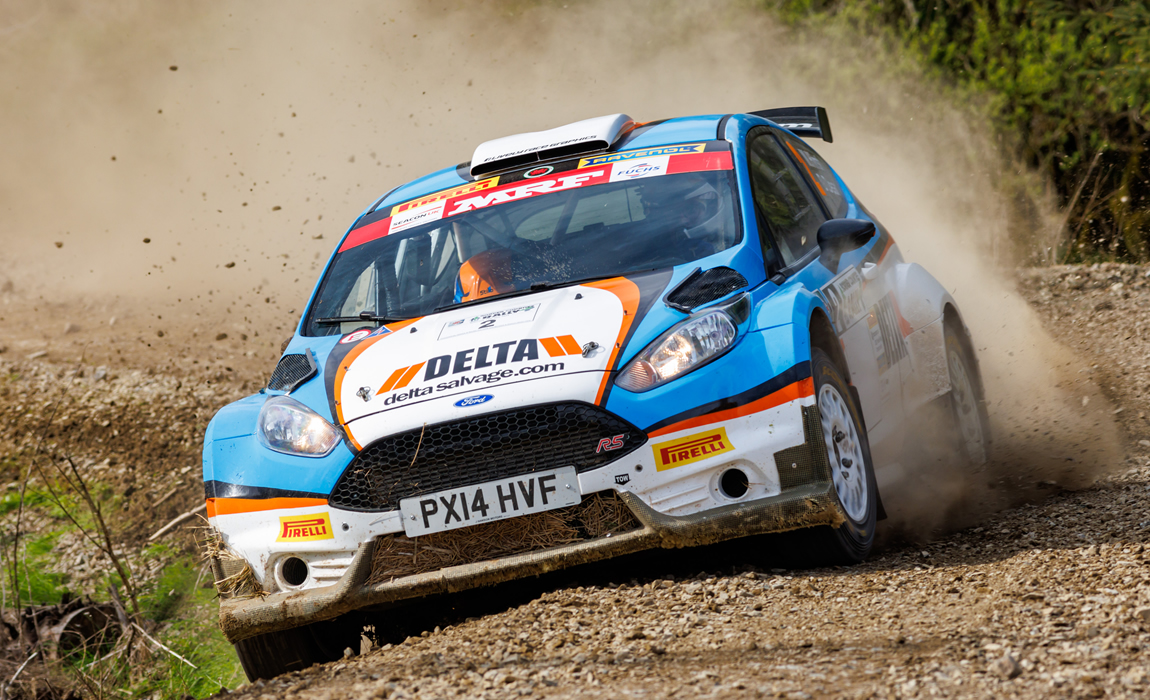 However, throughout the afternoon’s stages, Hirst alongside Co-Driver Declan Dear showed perhaps what could have been by posting the fastest times in SS4 & SS5. Climbing back up the leader board to end the rally in 6th in the Gold Star behind Russ Thompson (4th) and Richard Hill (5th), Hirst had rescued the rally to score some very valuable Gold Star Championship points.

Elliot Payne alongside Co-Driver Patrick Walsh calling the notes cruised through the final 10.89 miles of the Riccarton test to take the overall win of the rally and with it, a maximum points haul in the Gold Star. 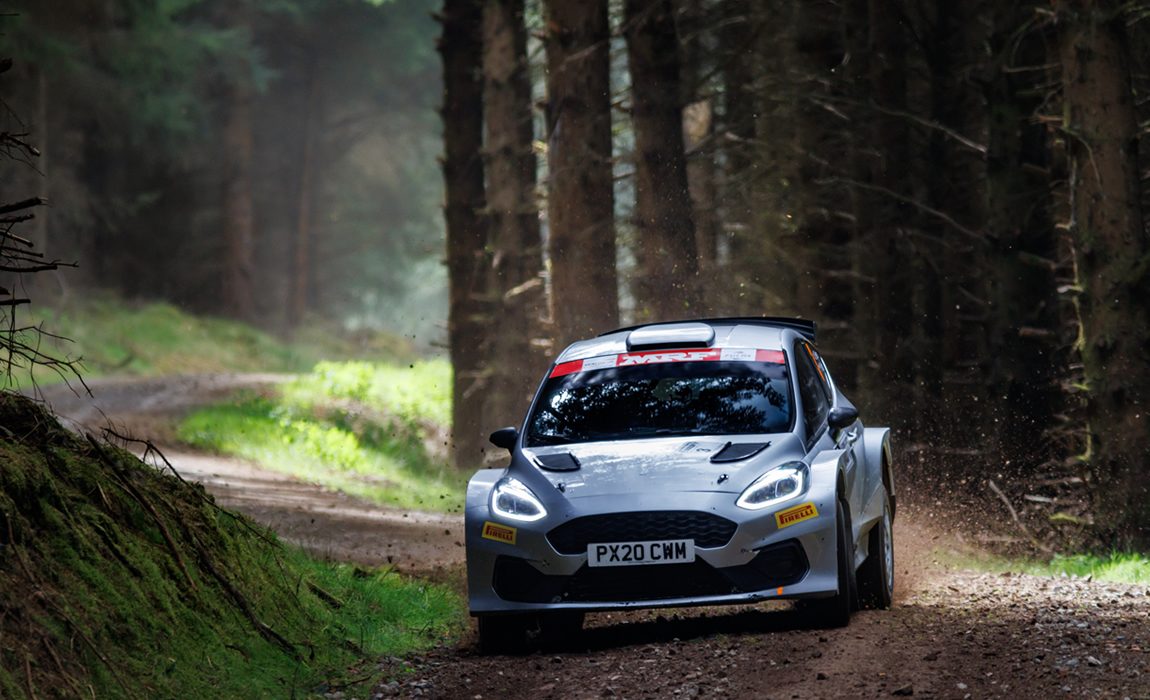 17 Seconds behind Payne & Walsh were Stephen Petch and Michael Wilkinson in their WRC Fiesta; who managed to finally overhaul Perry Gardener and Jack Bowen in the final stage of the rally.

However, Gardener now leads the Gold Star Series on 81 points, just two points ahead of both Mathew Hirst & Russ Thompson who are joint second on 79 points. Elliot Payne’s first win of the year raises him to joint 5th with Stephen Petch behind Richard Hill. 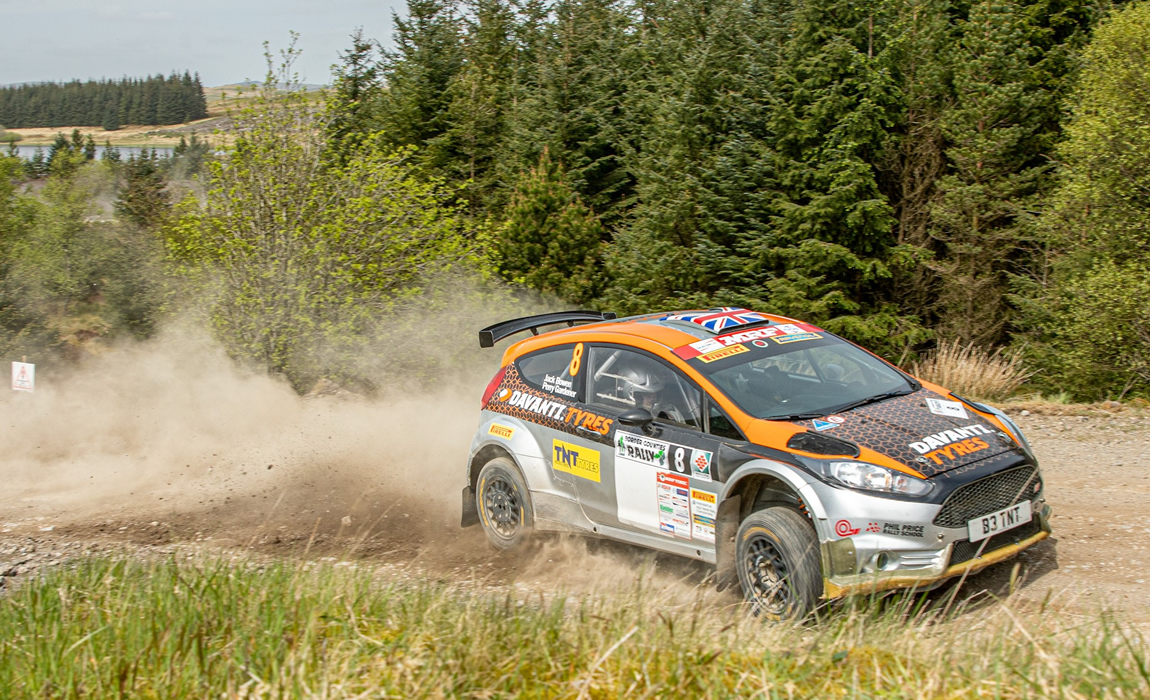 In the Silver Star award, Rob Wright & Mark Fisher scored maximum points after peddling their MK2 Ford Escort through the 6 stages, 1 minute 17 seconds ahead of the Ford Fiesta of Tony Simpson & Ian Bevan. 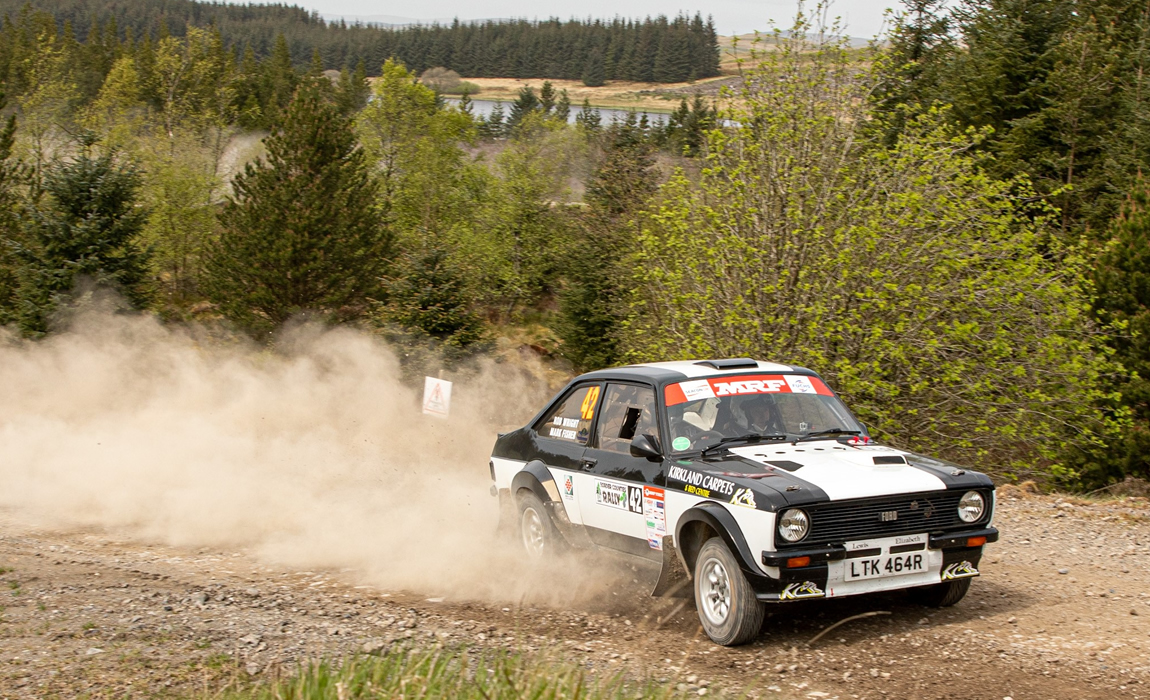 Wright and Fisher led from the opening stage of the rally and now also lead the Silver Star standings by 2 points ahead of Nick Dobson who finished third alongside his Co-Driver Steve Pugh in their MK2 Escort.

Pete Gorst & Mark Twiname were the fastest 1400’s crew in their Vauxhall Nova and for the second event running took the maximum Bronze Star points ahead of Lewis Hooper & Steven Brown in their Nissan Micra. 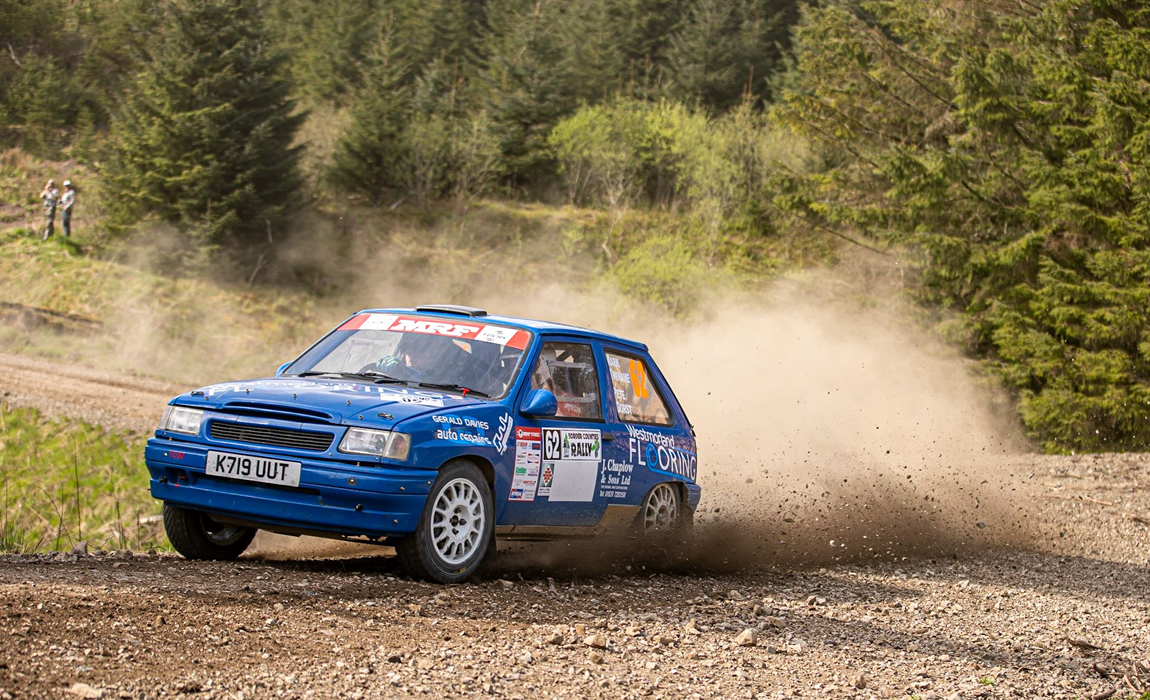 Hooper & Brown were the only Rally First crew on the final scoreboard and continue to lead the overall Bronze Star standings, 8 points ahead of Edward James who finished 6th (and current 1400s leader).

In the Jordan Road Surfacing BTRDA Historic Cup, it was a joint effort by Ernie Lee and Kris Hopkins who both topped their respective classes. 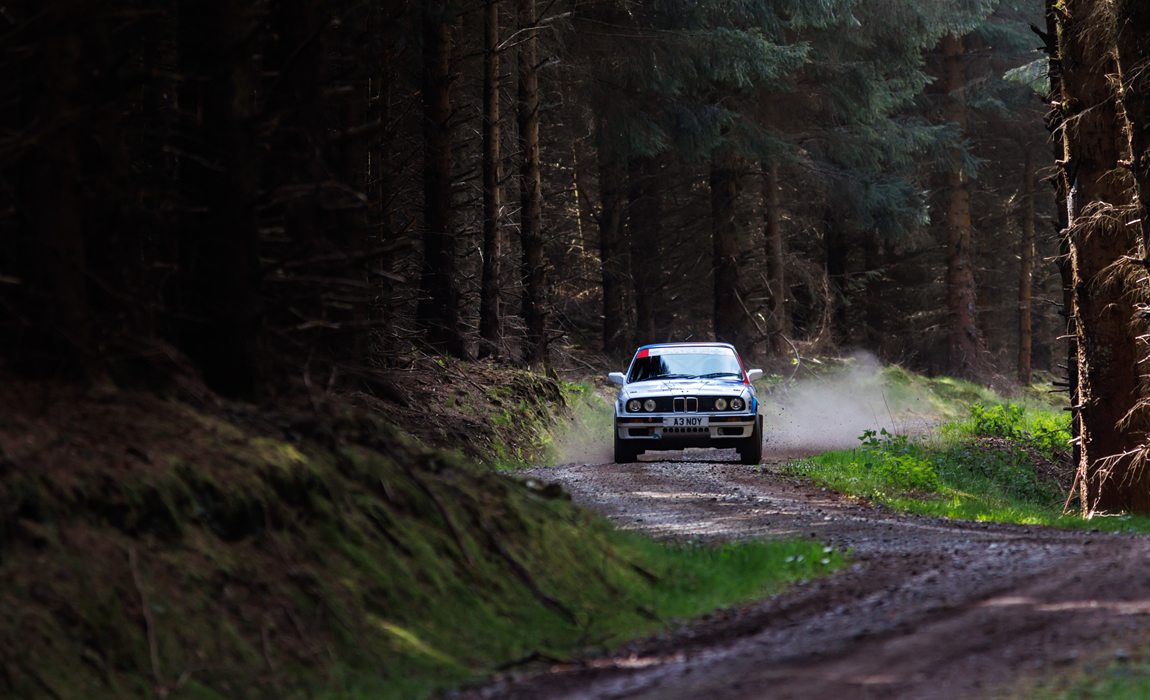 Ernie Lee alongside Co-Driver Patricia Lee won the H3 class after finishing 47th overall in the BMW 325i and Kris Hopkins alongside Colin Watson topped the H1/H2 classes in the magnificent V8 Triumph TR7. 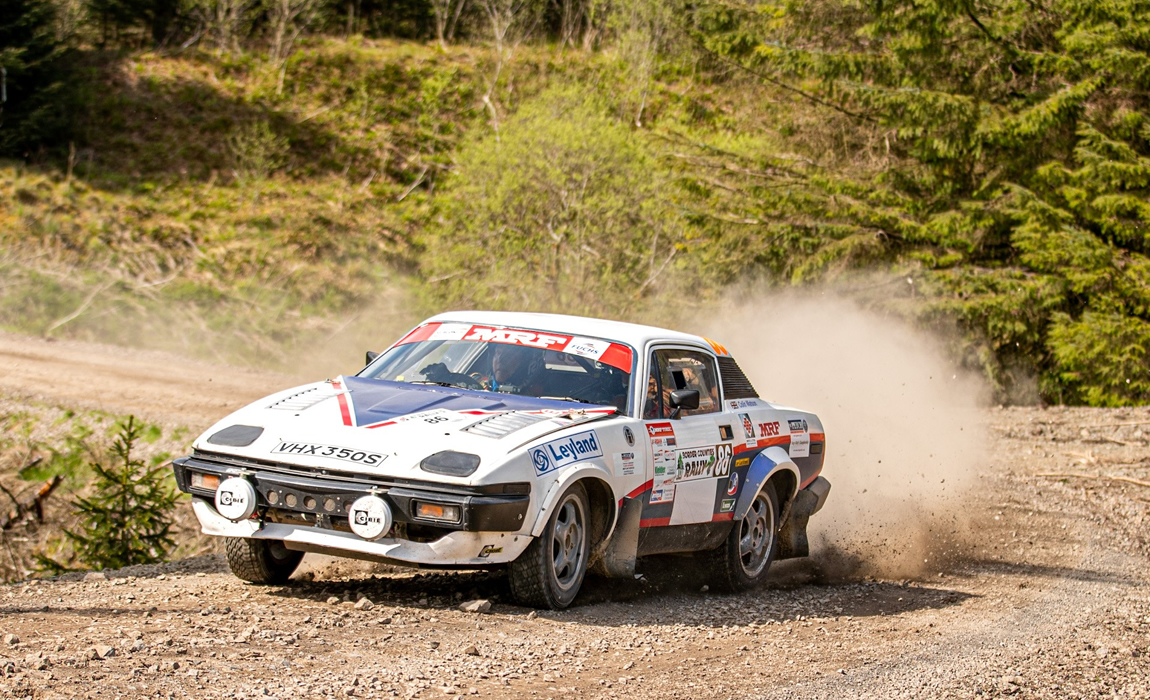 As both did not compete last time out at the RallyNuts Stages, Grant Inglis still heads up the overall Historic Cup leaderboard with a sizable 19 points lead, despite putting his MK2 Escort off early on in only the second stage of the rally.

The MRF Tyres BTRDA Rally Series remains North at the border of England and Scotland for the Kielder Forest Rally where the super-fast “Killer Kielder” Gravel stages await the crews on the 18th June.