The penultimate round of the 2021 MRF Tyres BTRDA Rally Series headed to North Wales for the Visit Conway Cambrian Rally. The Sea–Side town of Llandudno once again played host to this North Wales Car Club organised event which was now in its 66th edition. 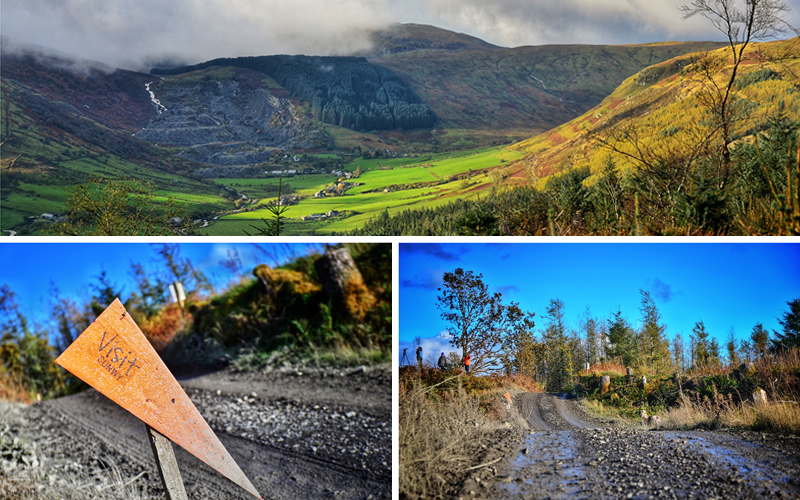 With a selection of hand-picked World-Class Gravel Forest Stages on offer, the event covered 42 miles over 6 Gravel Stages in Gwydir Forest, Penmachno and Alwen; with a final short all new Asphalt stage called Twin Lakes thrown in to end the day with. 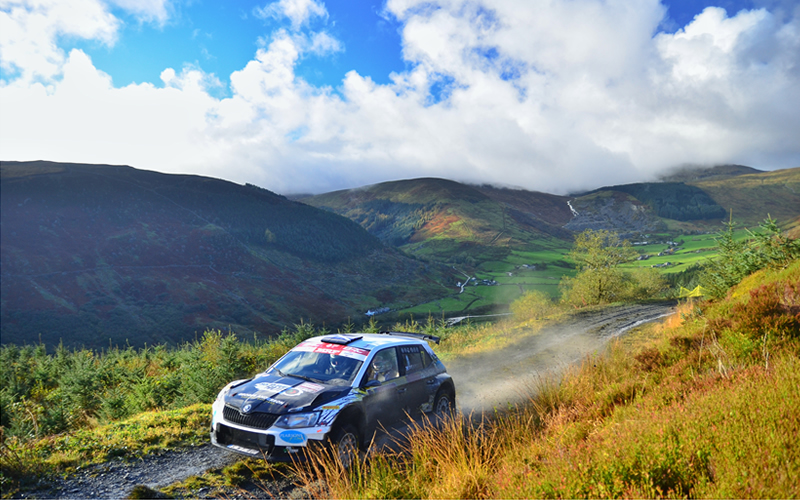 The Scottish pairing of Garry Pearson and Co-Driver Niall Burns arrived in North Wales looking to maintain their Gold Star Championship lead but the question was: Would they come under pressure from Callum Black & Co-Driver Jack Morton? 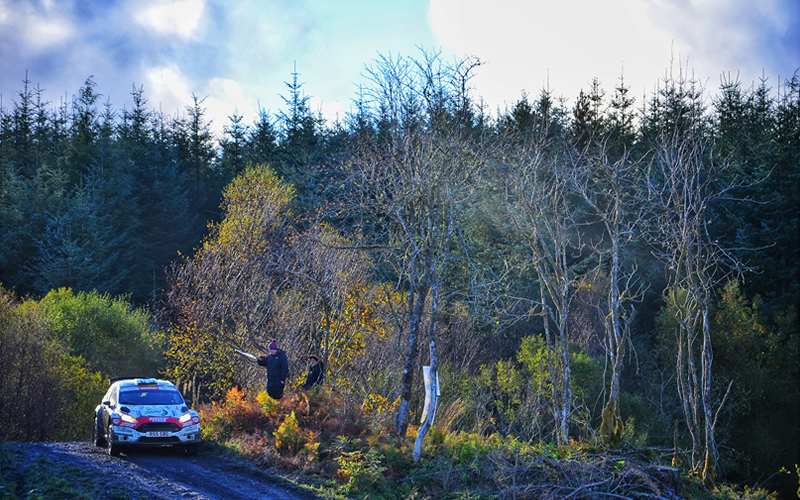 Last time out Blacks Gold Star assault got back on track at the Trackrod Forest Stages in Yorkshire and he would be looking for nothing but a win on the Cambrian in the fight for the 2021 title with Pearson. 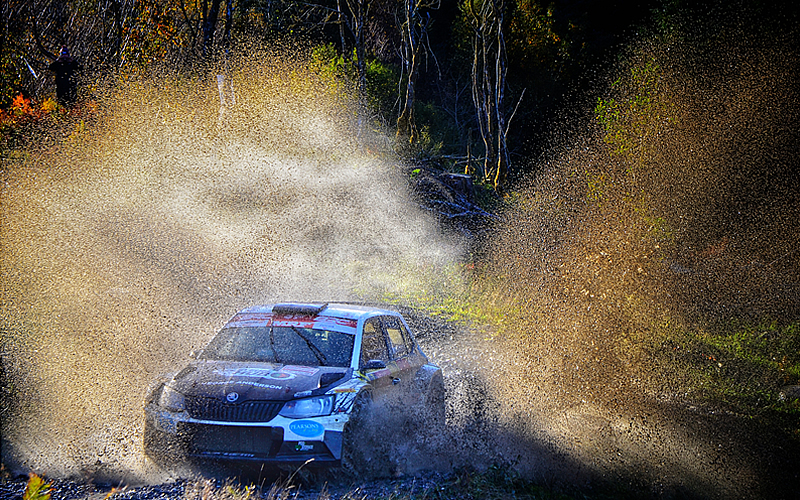 But it was Pearson that drew first blood in his Skoda Fabia R5 on the opening 6 miler in Gwydir Forest getting the better of Black in the Ford Fiesta R5 by some 8.1 seconds. The Scotsman followed that up with an even bigger margin of 9.2 seconds in the first run through the longest stage of the event, Penmachno. After the first two stages, the early signs were that the writing was already on the wall. 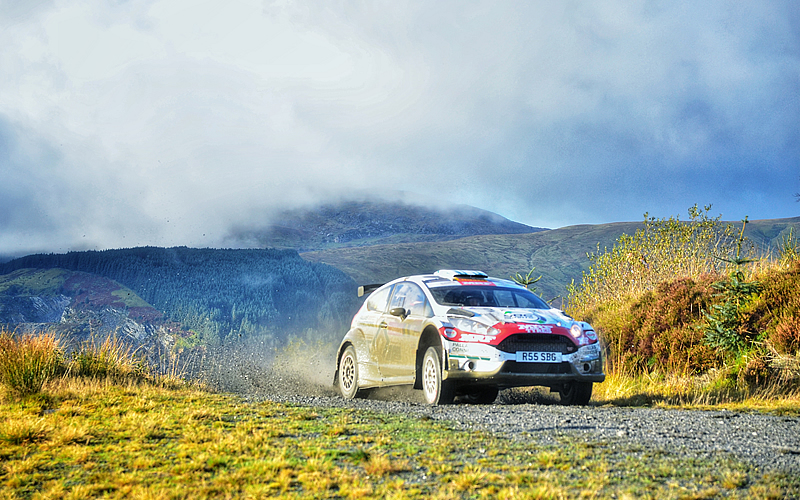 The final stage of the morning loop was another 6+ miler in Alwen Forest where Black did manage to get a little closer to Pearson, but the times were still just not quite there, losing out on this one by just 0.6 seconds. Pearson headed into the midday service halt with a sizable 17.9-second lead over his Championship rival. Meanwhile, Elliot Payne and George Lepley were battling it out for third overall and Payne had 9.6 seconds over Lepley heading into service. 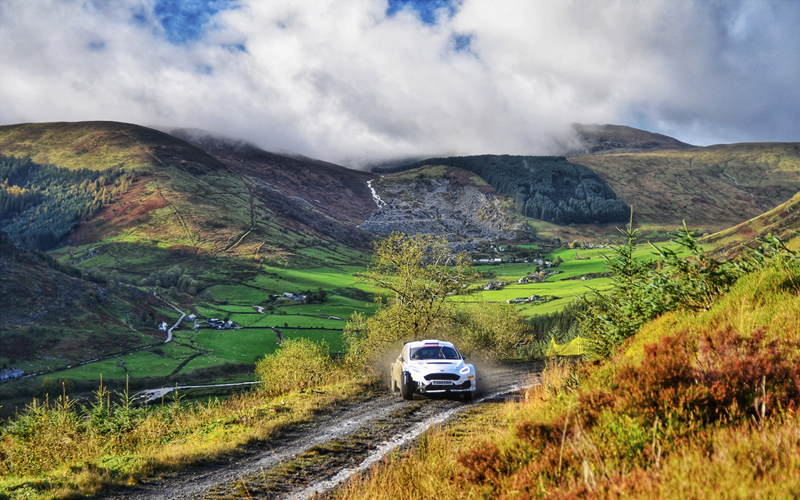 In the Silver Star Owen McMackin alongside Co-Driver Lee Taylor in their MK2 Ford Escort were holding off another MK2 Escort of Ashley Davies building up a 26.1 second lead over the morning’s loop. 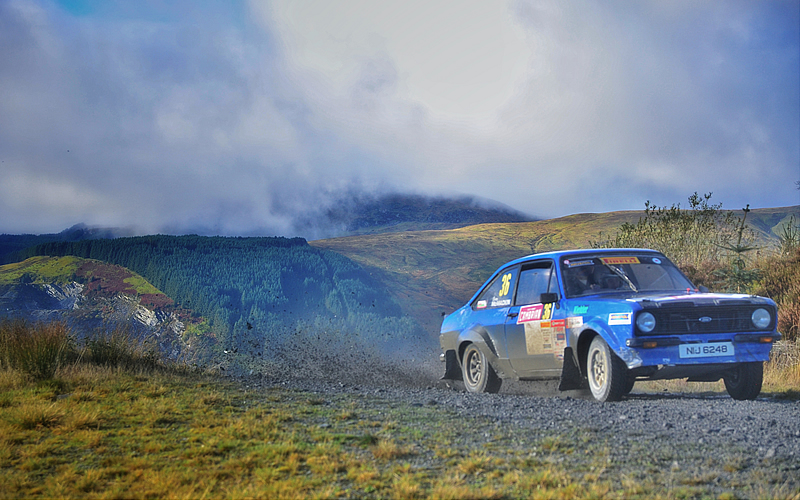 Steve Black in the pokey little Suzuki Swift was fending off the ever-entertaining Dave Brick in the Vauxhall Nova for the 1400’s class lead. 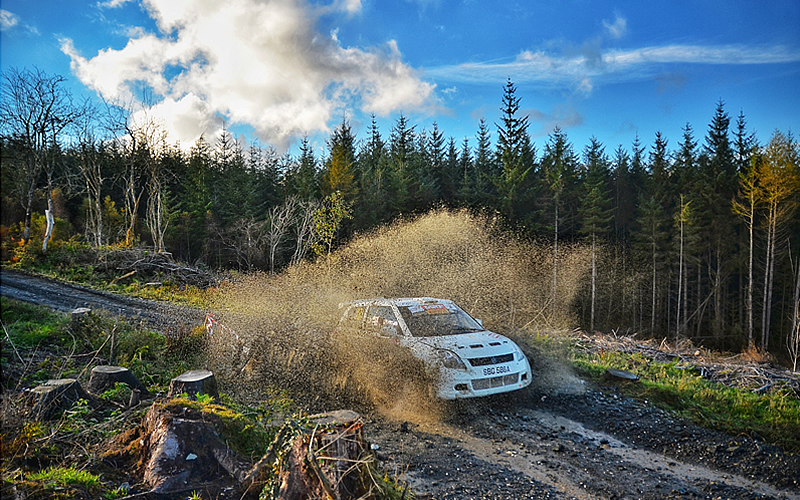 Back out after the midday service and Pearson was once again on a charge, dominating the repeated runs over the afternoon’s stages. By winning all six of the gravel tests, Pearson headed into the final 3mile asphalt Twin Lakes Stage with a comfortable 33 second lead over Black.

Black, however, did finally grab a stage win on the final Twin Lakes test but in reality, he never really looked like being able to challenge Pearson for the win. 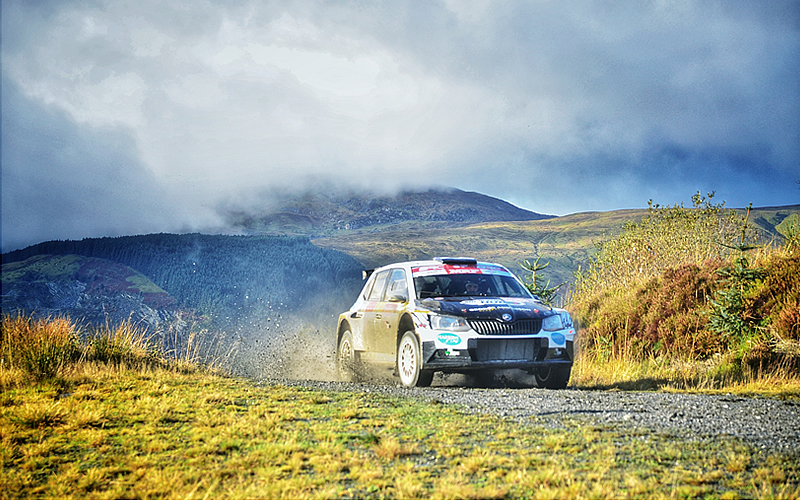 Garry Pearson and Niall Burns crossed the finish line on Llandudno Promenade with more than 26 seconds in hand to take their third BTRDA Gold Star victory of the season, which puts them firmly in the hot seat for the title with just one final round remaining. 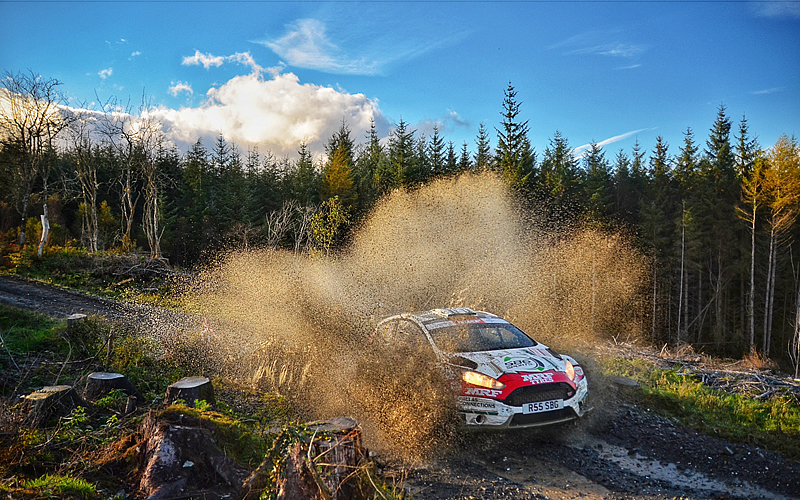 Callum Black and Jack Morton who finished second overall (but winners of the Interclub Rally), are still just about within reach of Pearson but will have it all to do next time out at The Rally Nuts Stages; where the Gold Star title will come down to the final rally of the season. 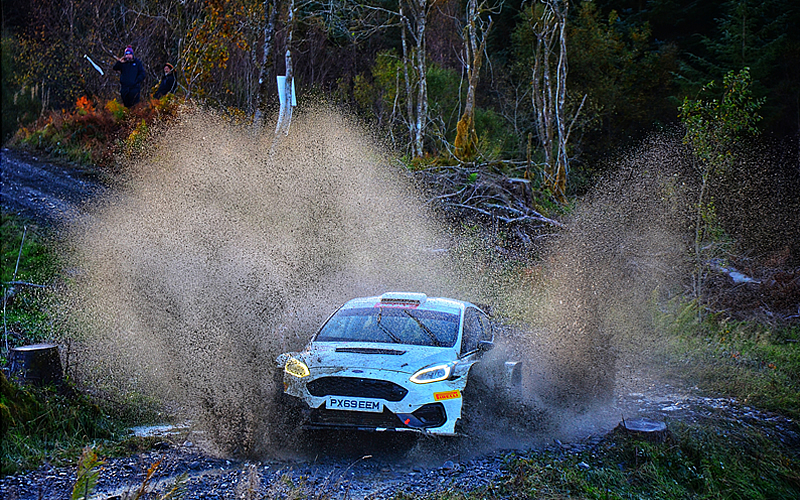 Rounding off the Gold Star podium (and second in the Interclub rally) was Elliot Payne and Patrick Walsh bringing their R5 Ford Fiesta home ahead of George Lepley (who took 4th overall and 3rd in the Interclub rally). Lepleys Cambrian efforts add to his complete domination of the Juniors category this season on his way to the 2021 Juniors title. 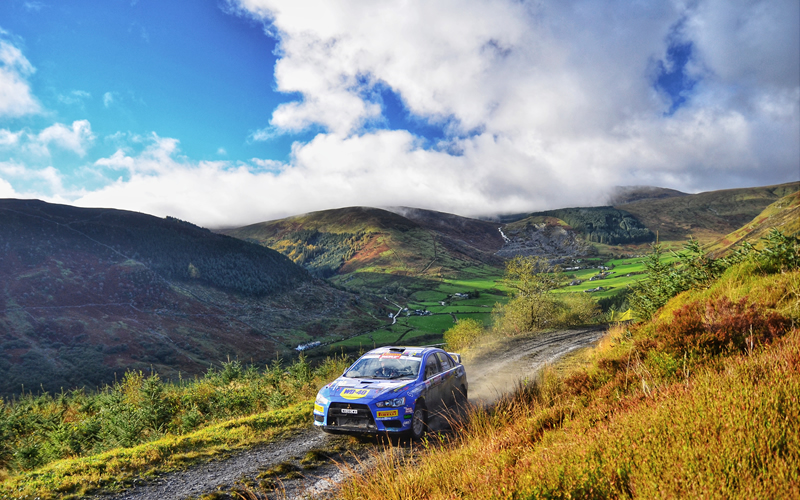 Irishman Owen McMackin was celebrating at the finish line in Llandudno, taking his second Silver Star victory of the year was enough to secure him and Co-Driver Lee Taylor the 2021 Silver Star title with the final round left in hand. They brought their MK2 Ford Escort home ahead of the 2017 Silver Star winner, Ashley Davis. 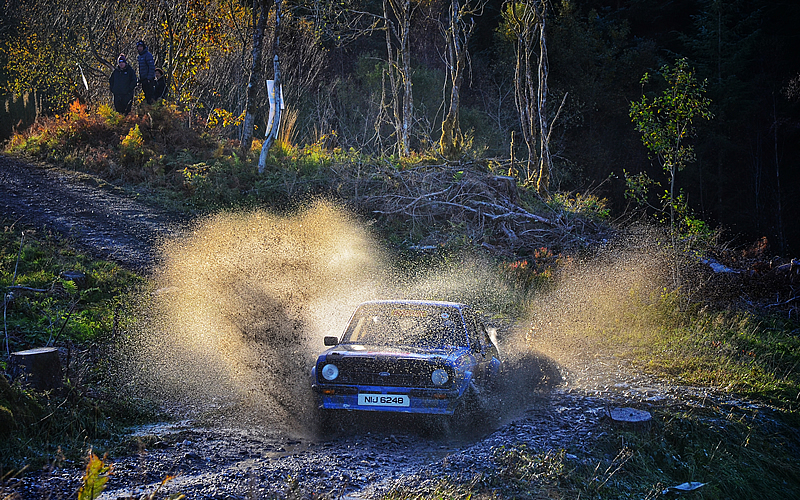 Paul Street and Ian Jones once again enjoyed another Historic Class victory this time out in North Wales. The pair have led the class for the majority of the season and with this victory, they also claim the 2021 BTRDA Historic Cup honours. 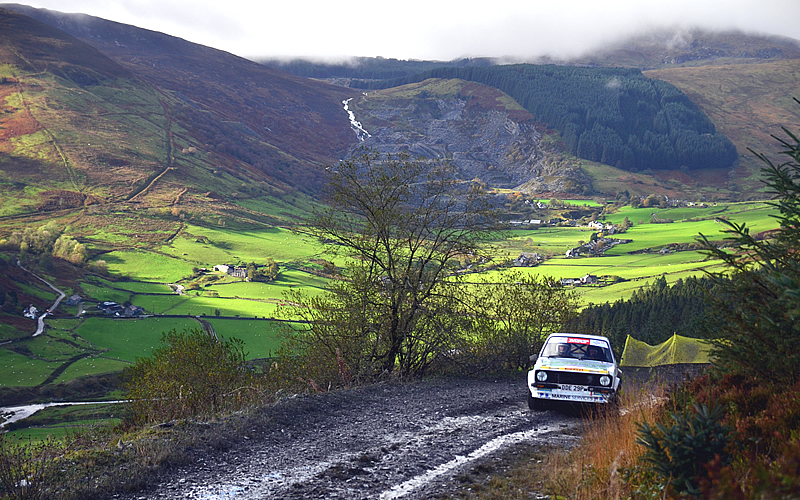 Taking their third win of the season in the 1400’s class, Steve Black and Co-Driver Paul Morris in their Suzuki Swift beat the Vauxhall Corsa of Jonathan Davis & Chris Row. After an early battle with the likes of Dave Brick in the morning loop of stages; Black had a clear run to the chequered flag in the afternoon after Bricks Nova suffered a clutch failure on SS5. Blacks result in North Wales takes him a step closer to the current 1400 class leaders Edward Wain & Noel Murphy (who finished 4th) heading into the final round, The Rally Nuts Stages. 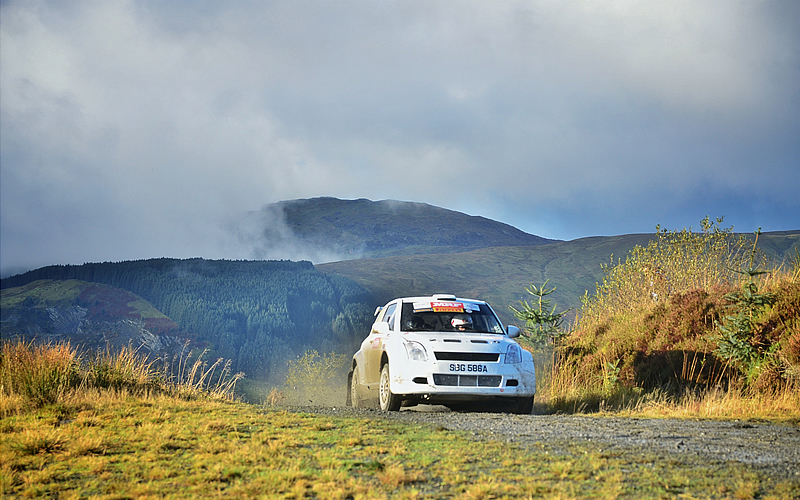 The final round of the MRF Tyres BTRDA Rally Series heads a little further south into Mid Wales on 13th November to tackle some more World-Class stages on the Rally Nuts Stages.

WRC | The drive to a sustainable future in Hybrid rally cars