The Quinton Motorclub organised Nicky Grist Stages played host to Round 5 of the 2022 MRF Tyres BTRDA Rally Series; where 8 gravel stages covering some 44 competitive miles awaited the crews from its rally HQ in Builth Wells, Wales. As the series passes the mid-point in the season, the action out on the stages is getting as hot as the weather was at the Nicky Grist, with a gaggle of BTRDA regulars all fighting it out at the sharp end of the standings. 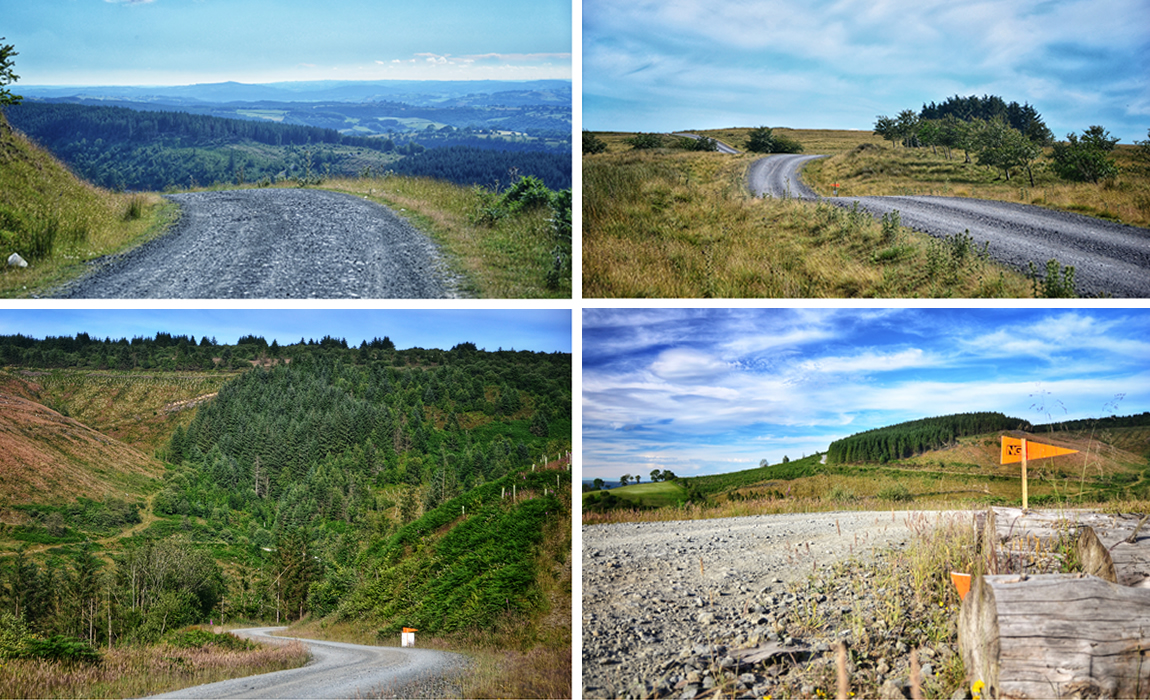 Last time out on the Kielder Forest Rally, Elliot Payne netted his second consecutive win, getting the better of both Tom Llewellin and Stephen Petch, however, GoldStar contender Matthew Hirst sat that one out. This time around Hirst would be back with a bang and would also leave a number of the top contenders all struggling to match his pace.

As always the stages were short and sharp, Hirst alongside regular Co-Driver Declan Dear wasted no time in laying down the gauntlet on the opening Llyn Login test in their Ford Fiesta R5 car. That first stage of the day was only a short one at 3.5 miles, but Hirst got the hammer down right from the get-go, stopping the clocks nearly 3 seconds faster than Elliot Payne in his Rally2 Fiesta. 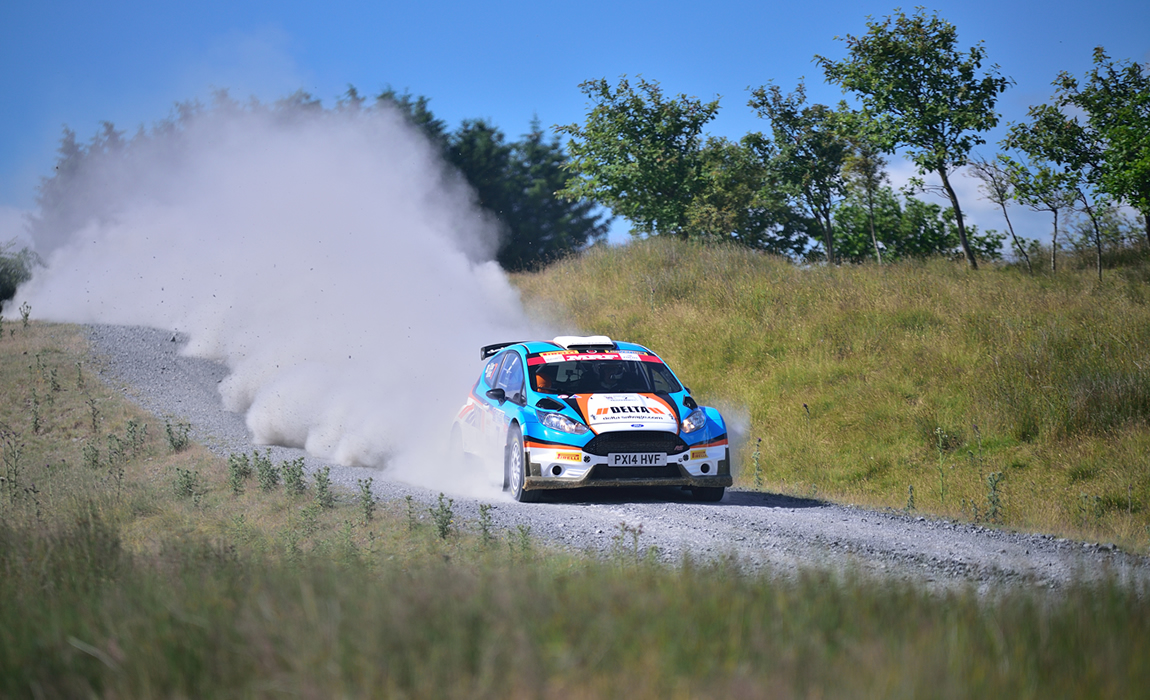 That early morning wake-up call for the likes of Elliot Payne, Stephen Petch and Perry Gardner appeared to have had little effect on them though. After missing out on the previous round of the Championship, Hirst was clearly on a mission and his heavy right foot netted him a further 5.5 seconds advantage in SS2 Monument.

The crews headed South to Halfway Forest for the third stage of the morning loop, where Championship leader heading into the event, Perry Gardner alongside Co-Driver Jack Bowen rolled out of the rally in their Ford Fiesta R5. Payne and Petch however, still had no answer to the lightning pace that Hirst was delivering; Hirst had by now built up an 18.87 second lead heading into the final stage of the Morning loop. 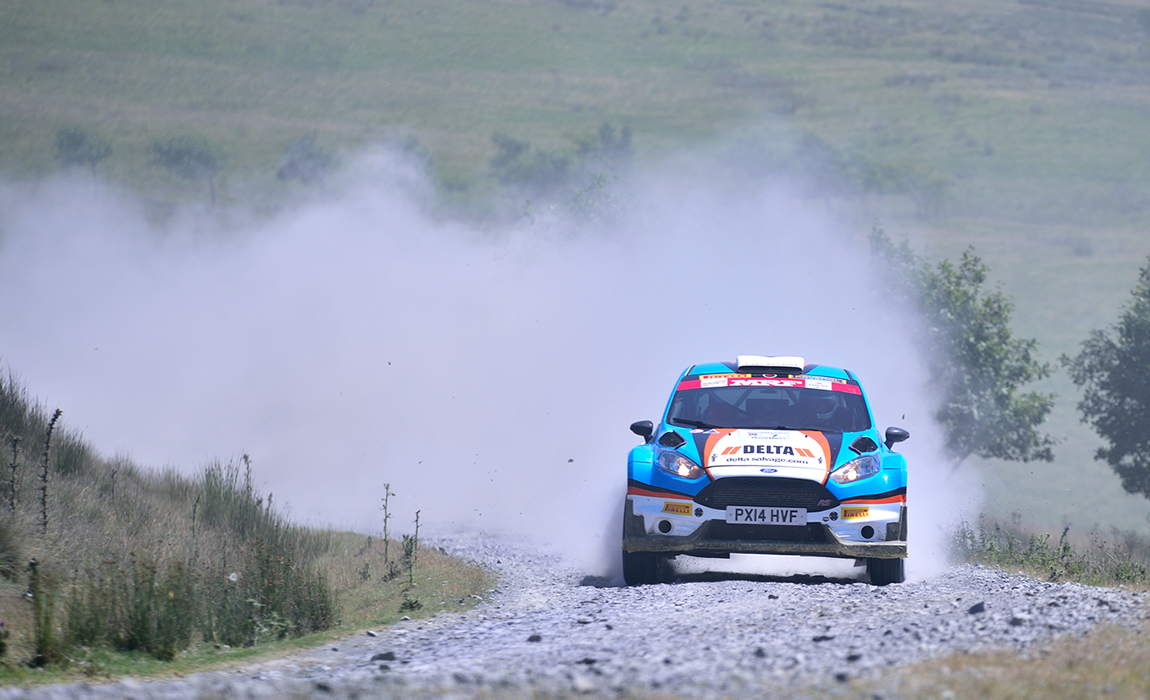 SS4 Crychan was the longest test of the rally at 9.67miles in length but still, nobody was getting close to Hirst out front. The longer stage just meant for more time gained in his back pocket against second-placed man Payne. Hirst and Dear were heading into the mid-day service halt back at Builth with a whopping 44.3 seconds advantage and without any sight of a challenger as such. Maybe Payne could regather himself and work something out in service to mount a comeback in the afternoon’s loop?

Back out after service and Payne appeared to have found something, as he finally broke Hirst’s stage domination on the repeated run over the Llyn Login test. But Payne had only just about nipped that stage win, getting the better of Hirst by a slender one tenths. It was either going to need something special from Payne or something unfortunate to happen to Hirst, for the outcome of the rally to end up anything other than where it was heading. 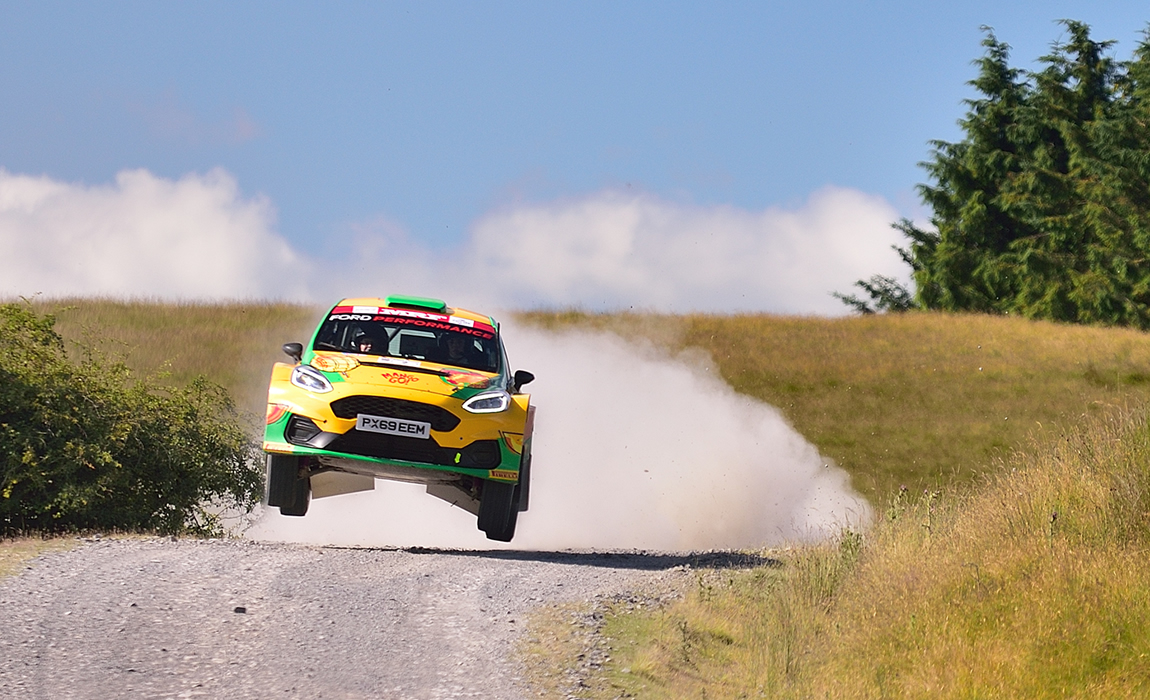 But Hirst wasn’t having none of it from Payne and shut the door firmly in the very next stage (Monument 2). Over the rest of the afternoon’s stages, Hirst put it to bed by notching up all but that one stage win. Matthew Hirst and Co-Driver Declan Dear had totally dominated out on the stages at the Nicky Grist, romping home to cross the finish line with more than 52 seconds in hand, they had therefore secured their second BTRDA victory of the season. 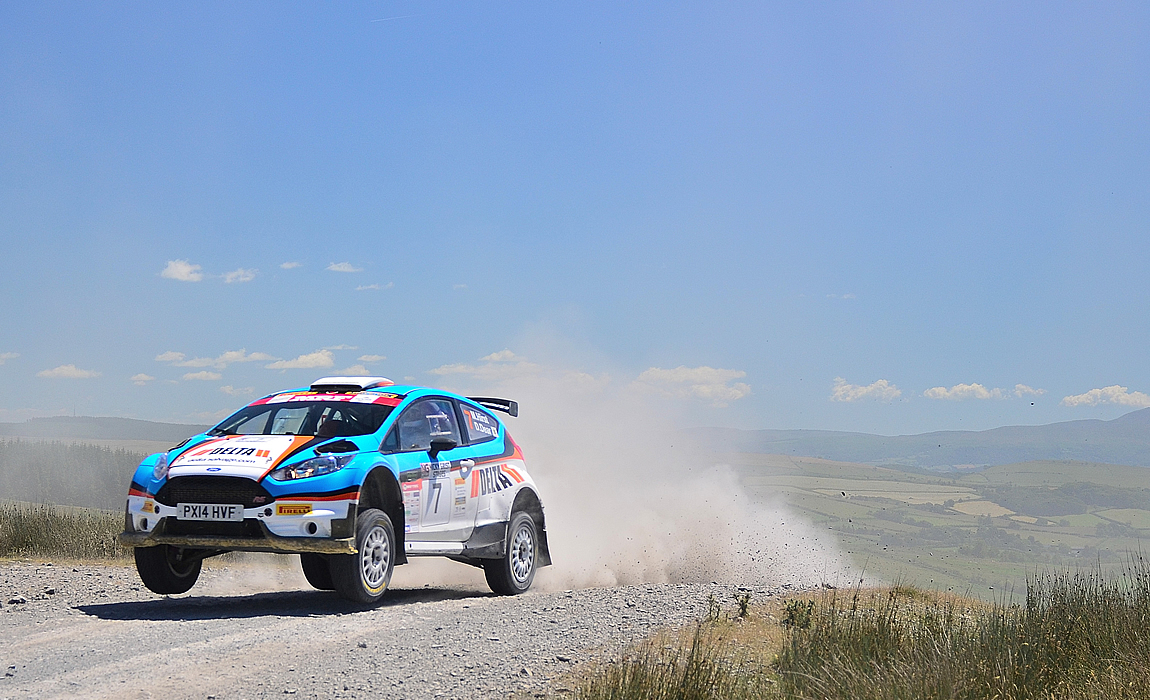 Elliot Payne alongside Co-Driver Patrick Walsh perhaps was a little dazed and confused as to what just happened. They still, however, scored a decent points haul by finishing second. After their back-to-back wins, the return of Hirst had given them more than a little something to think about ahead of the next round. 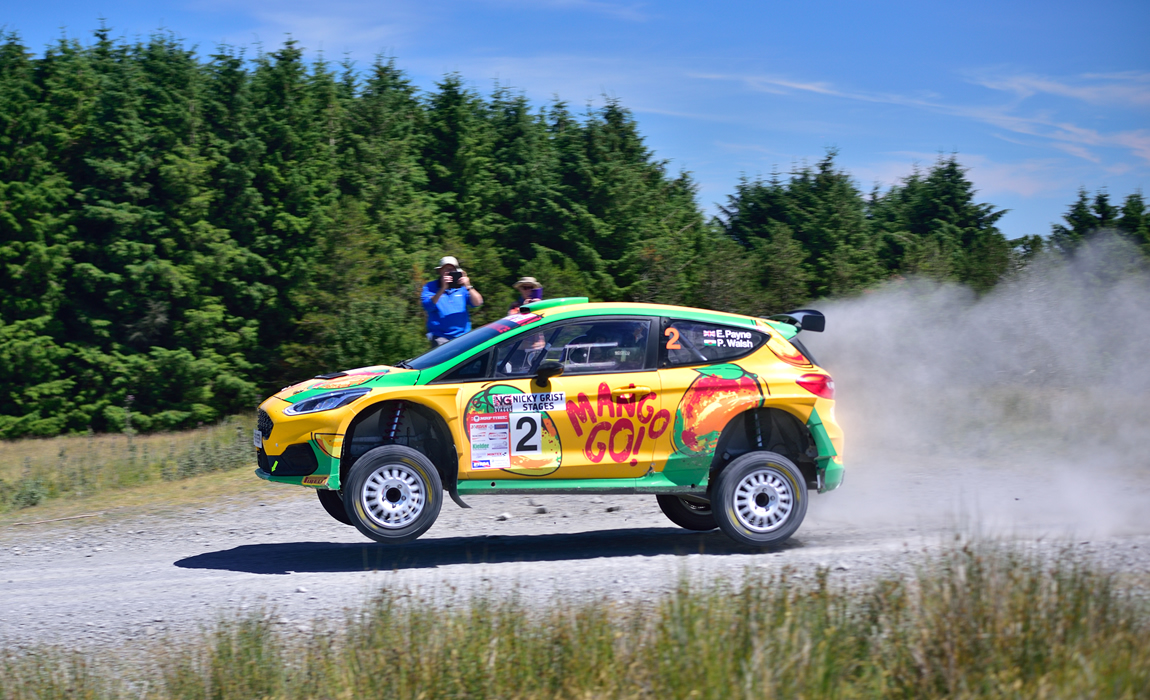 BTRDA returnee Hugh Brunton just nipped Championship regular Stephen Petch to the third step on the podium in the last stage of the day. Having not competed since the opening round at the Malcolm Wilson, Brunton alongside Co-Driver Drew Sturrock in their Ford Fiesta R5 was perhaps gifted their result, after Petch and Co-Driver Michael Wilkinson picked up an unfortunate puncture on that final stage in Crychan Forest. 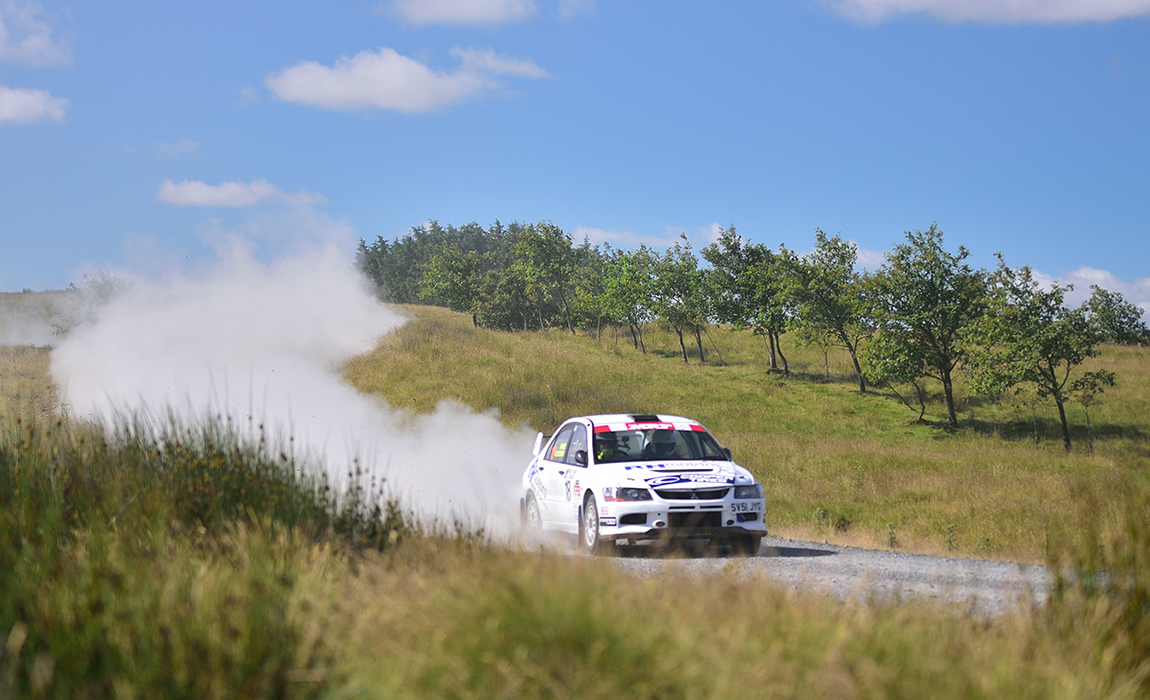 Richard Hill who finished 7th overall alongside Patrick Cooper in their B13 Mitsubishi Lancer take up the lead of the GoldStar standings following their consistent results on every round to date. Hill (127) leads Elliot Payne (117) by ten points, with Stephen Petch (112) in third a further 5 points behind. Matthew Hirst is 4th just a single point in front of Perry Gardener who rounds off the top 5.

In the SilverStar award, the Irish pairing of Michael McDaid alongside Declan Casey took their MK2 Ford Escort RS1800 back to Builth with their second maximum points score of the season. The morning began with the pair playing catch up to the Escort RS of Ashley Davies and Sam Fordham who were quickest out of the blocks over the first three stages of the day. 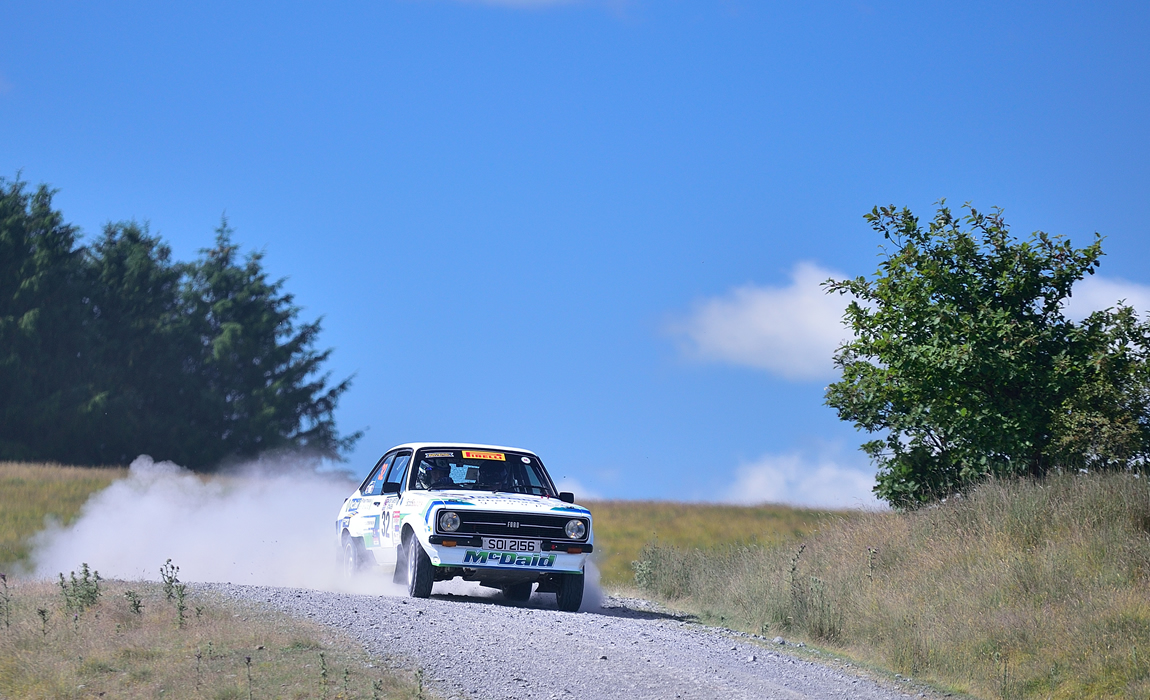 But McDaid and Casey fought back taking the lead of the SilverStar from Stage 4 onwards and crossed the finish line with over 28 seconds in hand to second-place Rob Wright & Mark Fisher (MK2 Ford Escort). Wright & Fisher took that second spot on the SilverStar podium from Davis and Fordham in the final stage of the rally in Crychan Forest. Fifth-place SilverStar finisher Nick Dobson leads Rob Wright in the overall SilverStar standings by some 21 points. 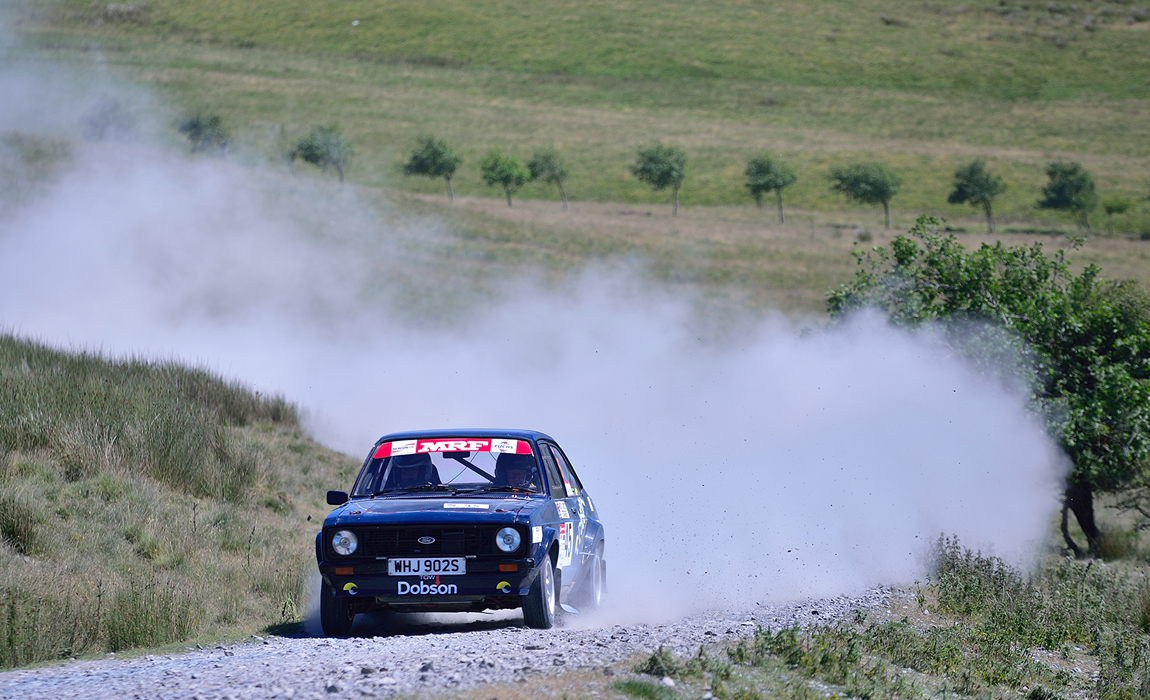 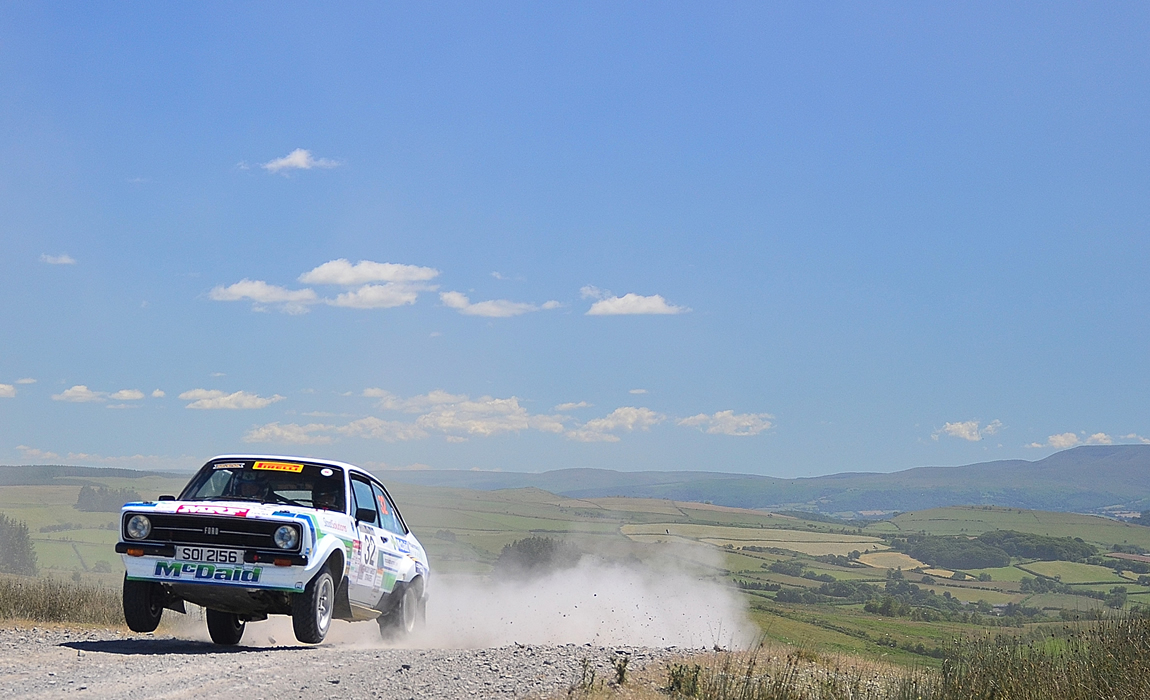 Inglis who continues to lead the overall Historics leaderboard crossed the finish line some 37.7 seconds ahead of H1/2 Class winners, Jonathan Brace & Paul Spooner in their MK1 Ford Escort RS1600 who rounded off the Historic Cup podium. 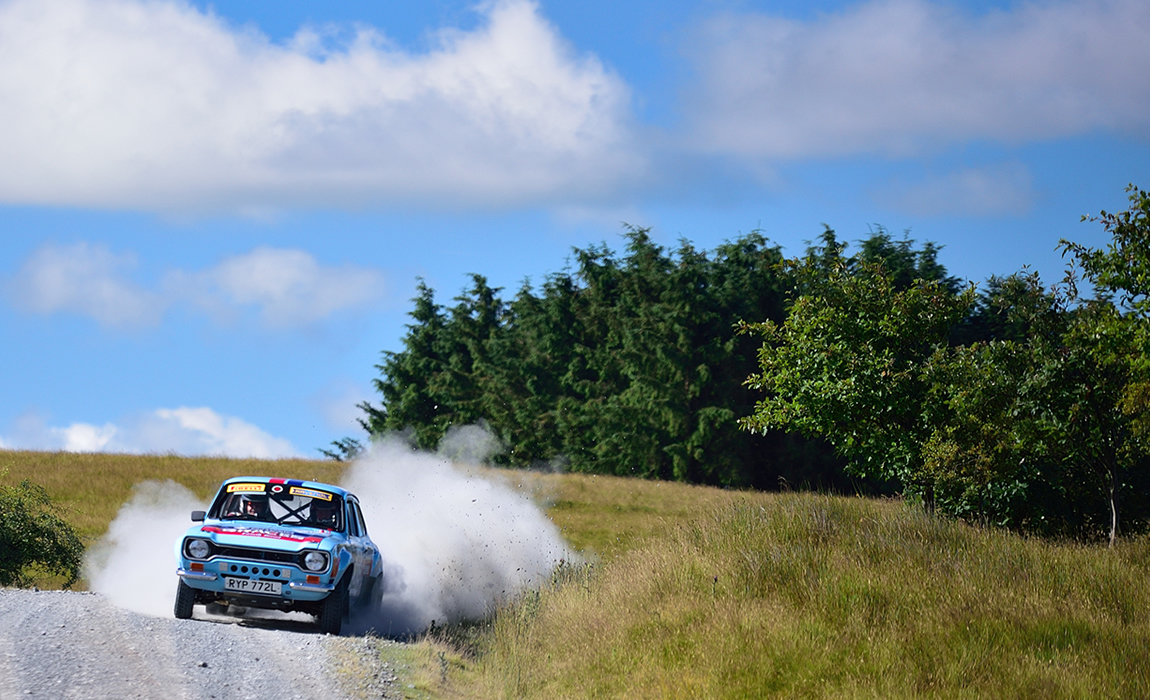 Nigel Jenkins peddled his Vauxhall Nova 1400s home for the top BronzeStar points and to his first BTRDA result of the season. 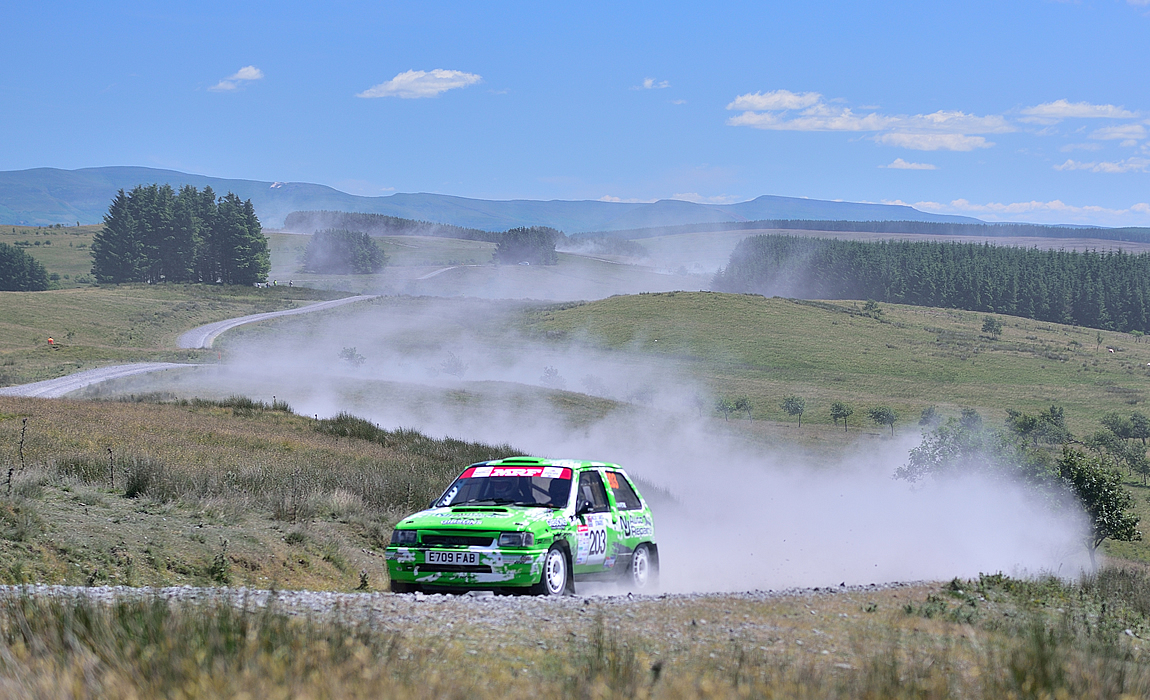 Alongside Co-Driver Dan Petrie, the pair prevented Championship regulars Lewis Hooper & Steven Brown from taking the top spot of the podium for what could have been their second of the season. 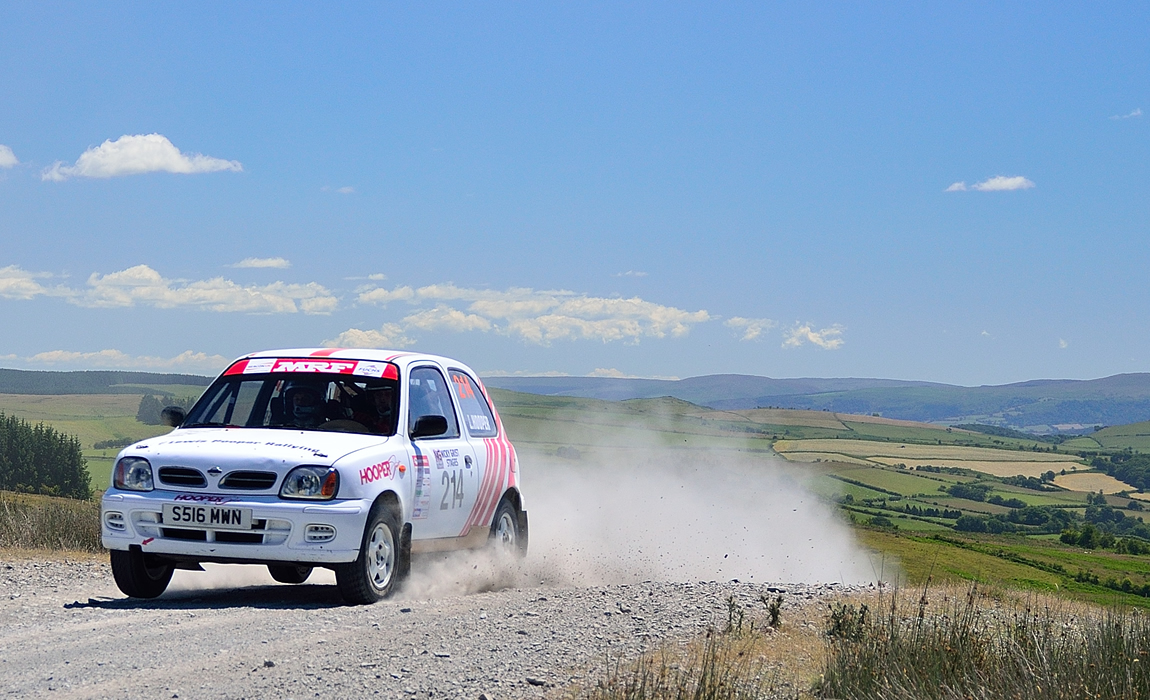 Hooper & Brown for the fourth event in a row, once again found themselves finishing as the bridesmaids in the BronzeStar award. Hooper still, however, takes the RallyFirst honours and currently leads the BronzeStar standings.

The MRF Tyres BTRDA Series takes a short break before the battles resume at the Woodpecker Stages, in Ludlow on 3rd September. Where the organisers, The Sixty and Worcester Motor Club have already received a bumper list of 150 competitors, all waiting to compete on the Gravel Forest stages that border England and Wales. 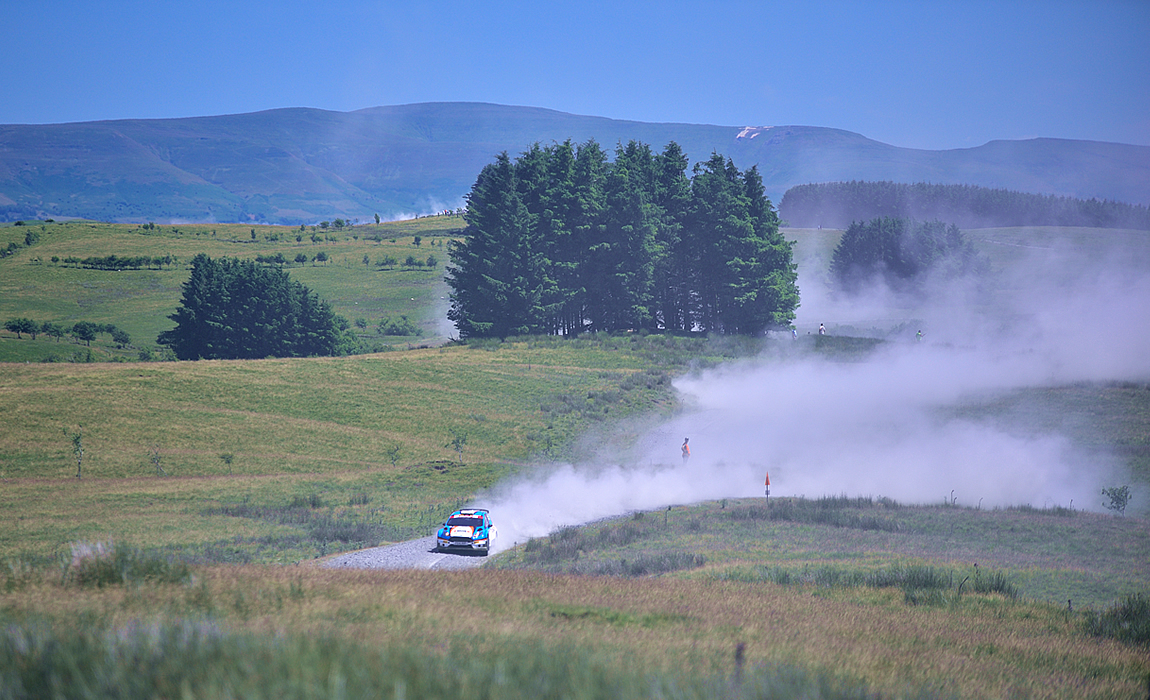