Having first hosted a round of the FIA European Rally Championship in 2017, Rally di Roma Capitale returned for its fifth edition and to host the third round of the 2021 ERC. 14 Asphalt stages covering 190km faced the crews, with last years winner and defending ERC champ Alexey Lukyanuk first on the road in his Citroen C3 Rally 2 car. 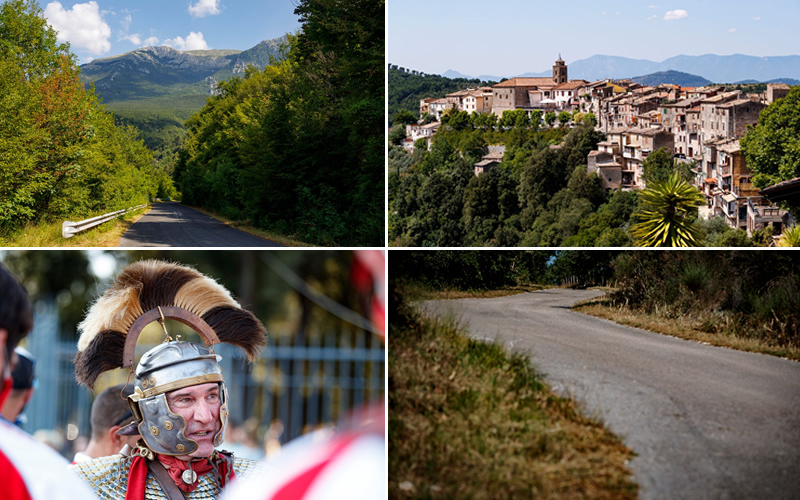 Nickolay Gryazin would lay down the fastest time in his VW Polo GTi R5 on the short 4km Shakedown test stage on the Friday morning. The crews then headed into the city centre of Rome for a blast around the historic streets that evening; of which the 2020 National champ and Hyundai Rally Team Italia driver Andrea Crugnola won. 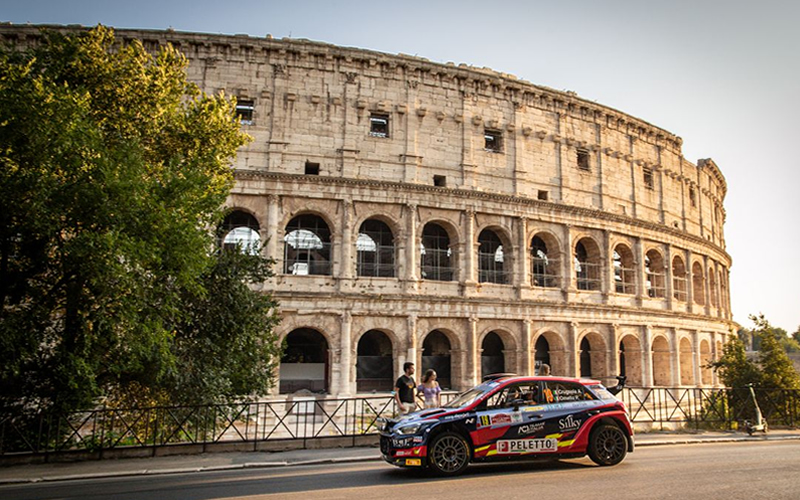 The rally then began on Saturday morning to the west of the rally Fiuggi service park with three stages in the morning loop, here is where Crugnola would fight it out for the lead of the rally with his fellow countryman Giandomenico Basso. Basso picked up two stage wins and Crugnola his second but it was Crugnola who lead the rally heading into the midday service with a 2.5-second lead. 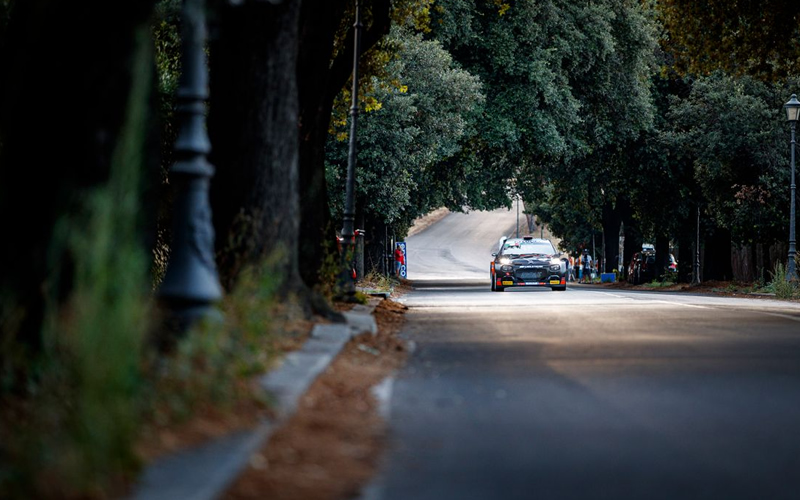 Elsewhere ERC regulars Nickolay Gryazin picked up an early puncture on the opening stage of the day which dropped him out of any contention, Alexey Lukaynuk although was fighting with suspension issues, was at least in P3. Andreas Mikkelsen took a knock to his TOK Sport run Skoda Fabia on the second stage of the morning which started to affect his steering, whilst Craig Breen in the MRF Tyres Hyundai appeared too simply be struggling altogether and couldn’t even manage top ten stage times. 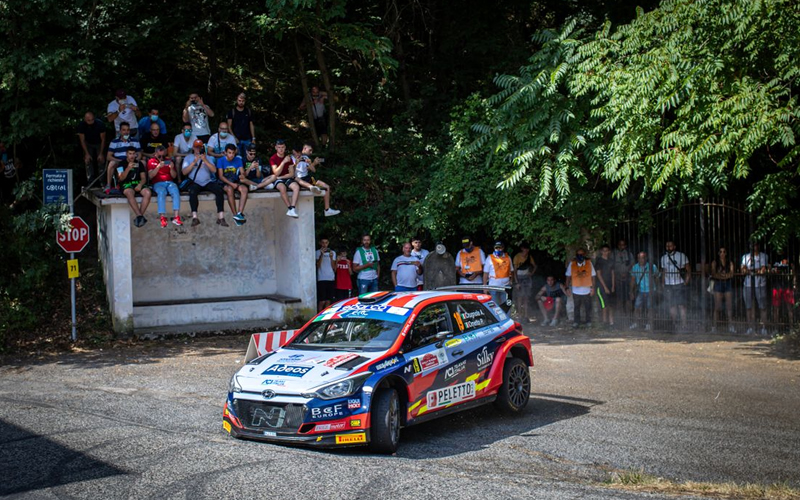 In the afternoon loop, the battle between the Italian Gladiators of Crugnola and Basso continued to rage on with Crugnola managing to extend his overall lead to 5.4 seconds by the end of the first leg of the rally.

Best of the rest Lukyanuk was outpaced and unable to catch the pair of locals in the afternoon, in fact, he dropped even further back from the rally leaders. 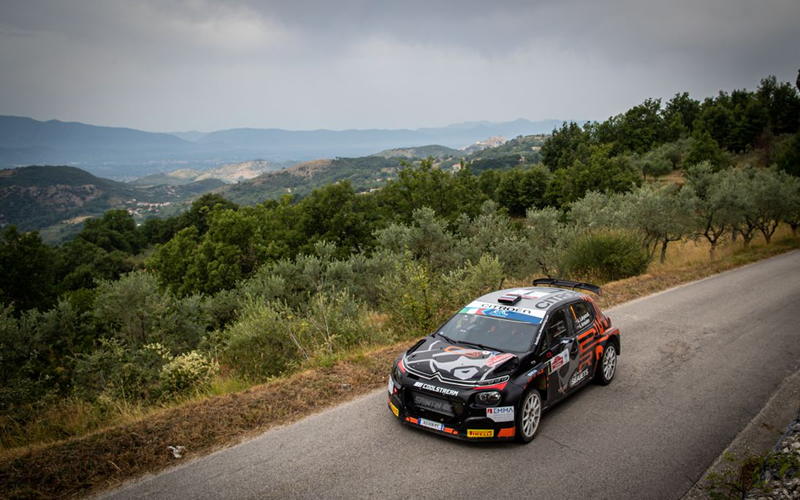 “The Italians are much faster, we are doing our rally, I can’t do much more.” “We should be a bit faster, we are missing something, but in terms of the championship it’s fine.”

For the likes of Gryazin, Mikkelsen and Breen it was a rally that was not going well for any of them. Gryazin although he managed to grab the final stage win of the day, he was languishing way down in 29th overall. Mikkelsen try as he might just couldn’t find a set-up that worked on his Skoda Fabia, it just simply was not happening, he ended the day 17th. 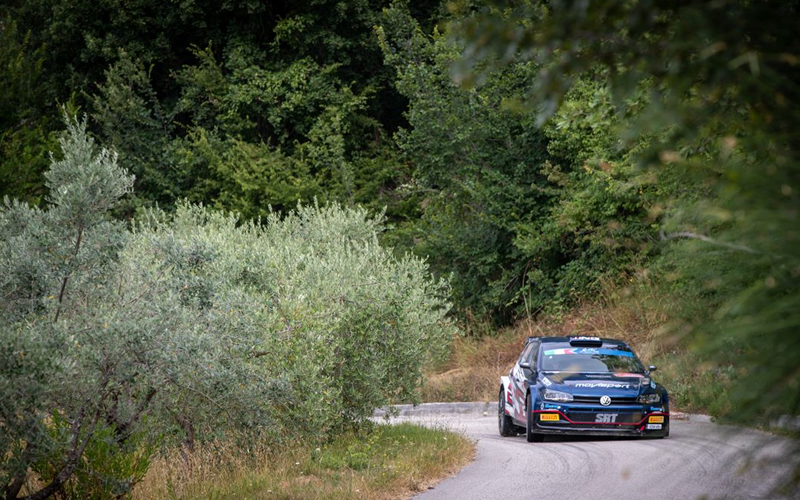 Breen who ended the day in 12th was also so far off the pace on every stage it was almost like he didn’t have any enthusiasm for the R5 car anymore, maybe he was finding it hard to re-adjust having impressed in the WRC at Rally Estonia? 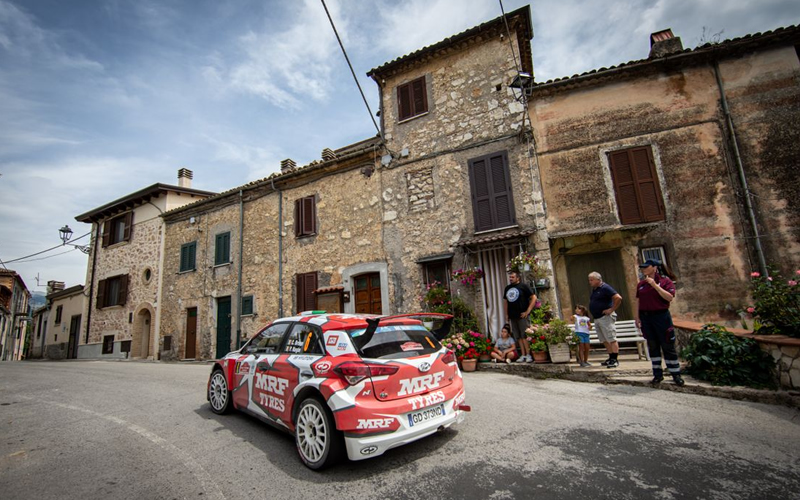 The second leg of the rally was a new day and offered up a fresh start for the crews who struggled on the opening leg. A further 123km over 7 stages awaited the crews, starting with a 19km Fiuggi – Guarcino test as an early morning wake up call. 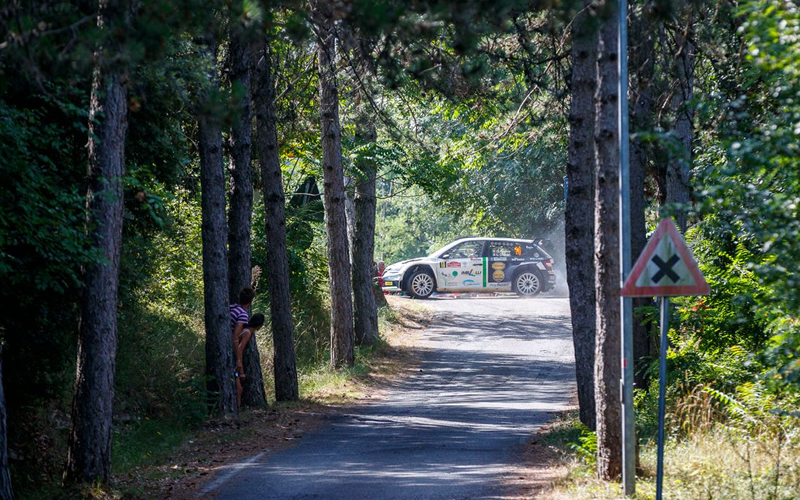 Overnight rally leader Crugnola began the day with a 5.4 second lead but it was the chasing Basso who opened up the morning with the first stage win of the day. Basso would then follow that up by winning the next stage SS8 Collepardo – Civita to take the lead of the rally. But that was perhaps only because Crugnola had picked up a puncture, which not only lost him the lead of the rally but lost him a chunk of time, some 28+ seconds would now be the gap between the pair of Italians. 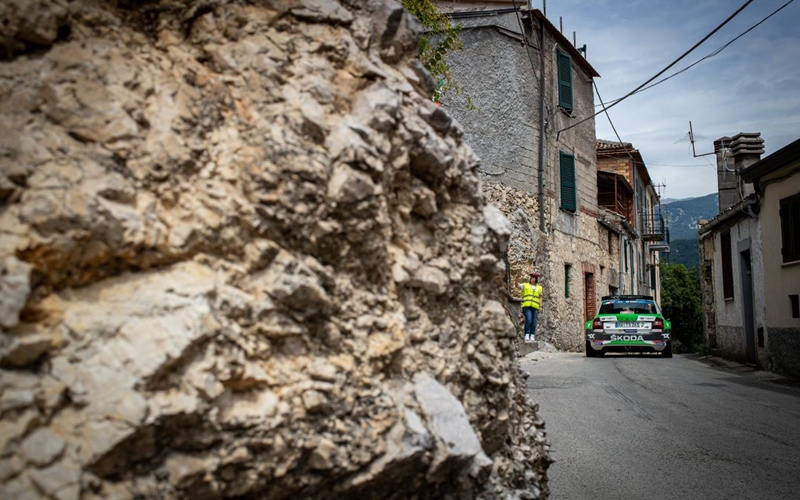 Over the morning loop, Mikkelsen made steady progress and managed to pass Breen, moving up to 9th overall and just inside the top 10. But for Alexey Lukyanuk it was game over on the last stage of the morning loop. An off in the longest stage of the rally the 20km Santopadre – Arpino test had sent him into a tree and into retirement, giving up the final podium place to Spainyard Efrén Llarena. 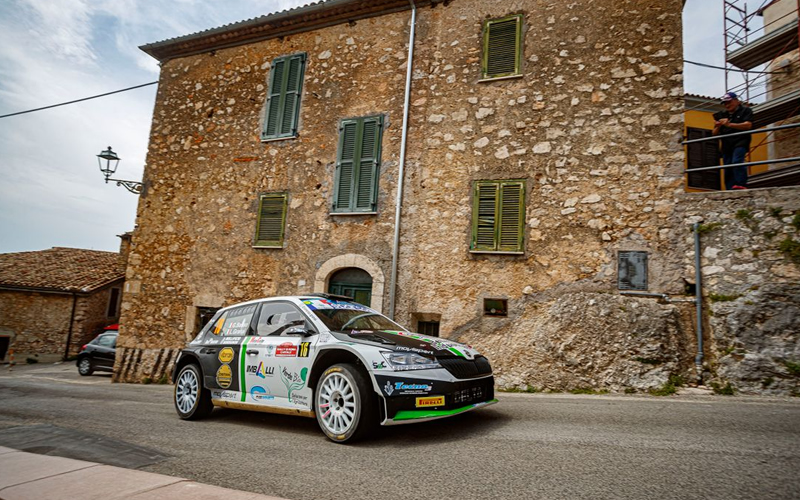 Basso headed into the afternoon loop with a whopping 28-seconds lead to defend over the final four stages of the rally and he did just that. Despite picking up a puncture to his Skoda Fabia Rally 2 EVO on the penultimate stage of the rally, he managed his lead throughout the afternoon stages to take the victory with a 35.8-second gap to Crugnola in second. 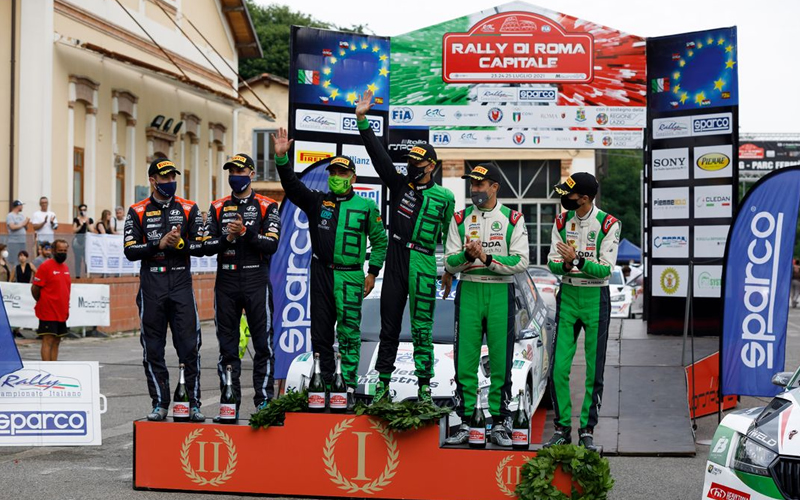 Hungarian Herczig Norbert rounded of the podium while both Andreas Mikkelsen and Craig Breen managed to improve throughout the second day to end the rally in 8th and 9th respectively overall.

The FIA European Rally Championships heads to The Czech Republic 27th-29th of August for the Barum Rally, another Asphalt event that returns to the series following a year of absence.