The fifth round of the 2021 FIA European Rally Championship arrived on the stunning beautiful Mid-Atlantic Ocean island of São Miguel for the rescheduled 55th running of the Azores Rallye. This gravel rally would cover some 201km across just 13 stages and would take in some breathtaking scenery, which once again included that iconic Volcanic stage Sete Cidadesand. 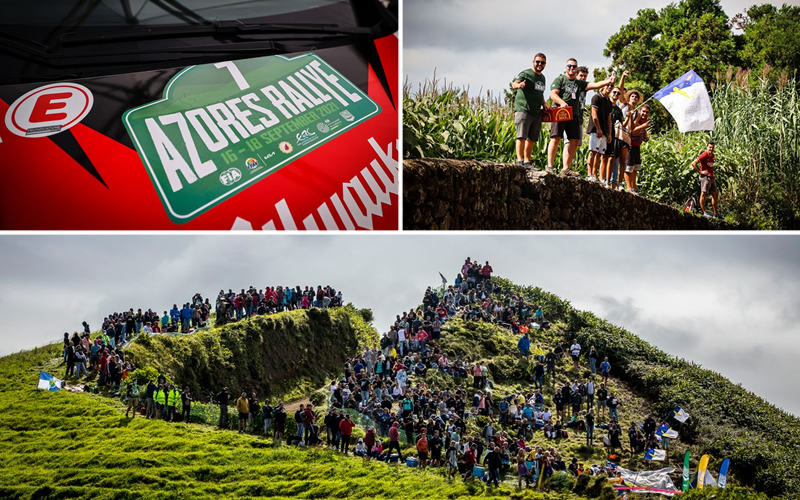 TOK Sports Andreas Mikkelsen arrived on the Island leading the Championships with his new Co-Driver Elliot Edmondson, having only competed recently together for the first time on the WRC Acropolis Rally Greece. Although rivals such as Alexy Lukyanuk would contest the rally, ERC regular (up until now) Craig Breen would be replaced by the very experienced Dani Sordo in the MRF Tyres team ran Hyundai i20 R5 car.

Alexy Lukyanuk would set the fastest time on the pre-event shakedown but he would not carry on that speed into the opening 24km Gaminhais test, a puncture straight away put him on the back foot. Leaving local Portuguese driver Ricardo Moura to take the honours of the first stage win of the event and the early lead. 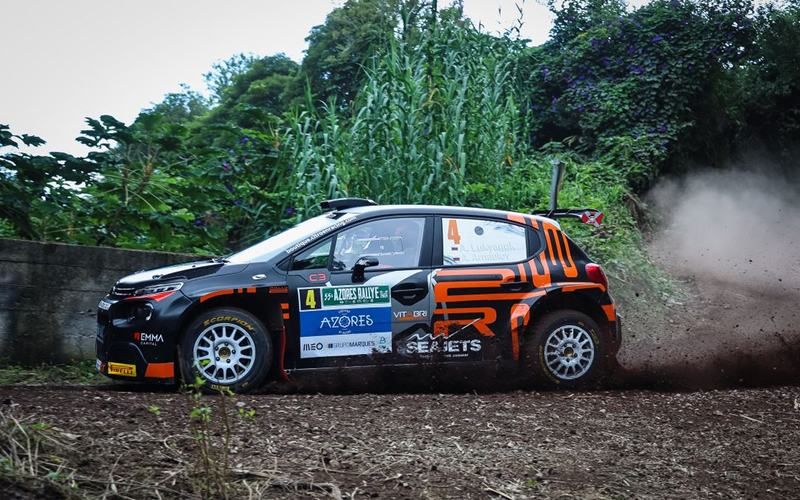 Lukyanuk was soon back up to speed and won the second stage of the morning loop (SS2 Tronqueira), beating Moura by some 14.5 seconds. But the poor weather conditions were causing difficulties for some, Andreas Mikkelsen lost time when his windscreen wipers stopped working, this dropped him down to 5th overall handing P2 over to Dani Sordo. 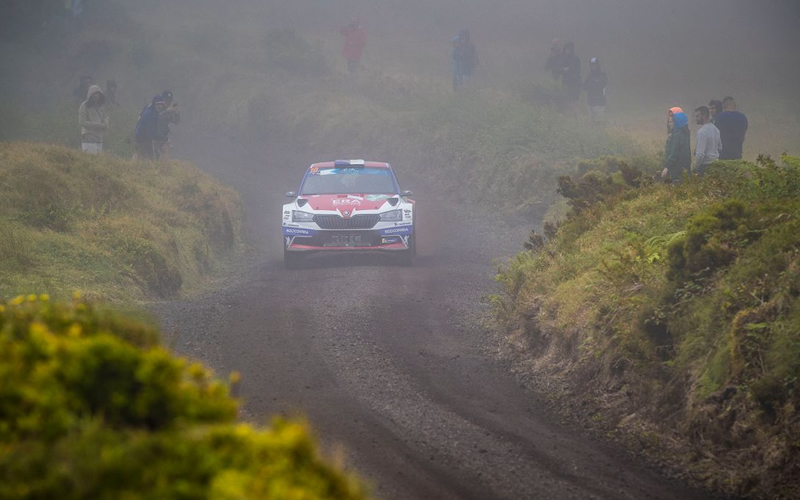 Moura’s local knowledge was serving him well, picking up his second stage win in the final morning stage (SS3 Lagoa de São Brá), he headed into the midday service with a sizable lead of 27.9 seconds over second-place man Dani Sordo.

“I did my last rally two months ago, I’m not under pressure. The other drivers are professionals.”

Even though his wipers were still an issue, Mikkelsen had managed to claw back 4th overall passing Erik Cais. Meanwhile, Luyanuk had reached 8th overall by the midpoint of the opening leg of the rally.

Back out after service and Mikkelsen was up to speed in no time, grabbing his first stage win of the rally to take third overall. Also upto speed was Lukyanuk, he was just 1 second slower than Mikkelsen on this second run through the Graminhais test. 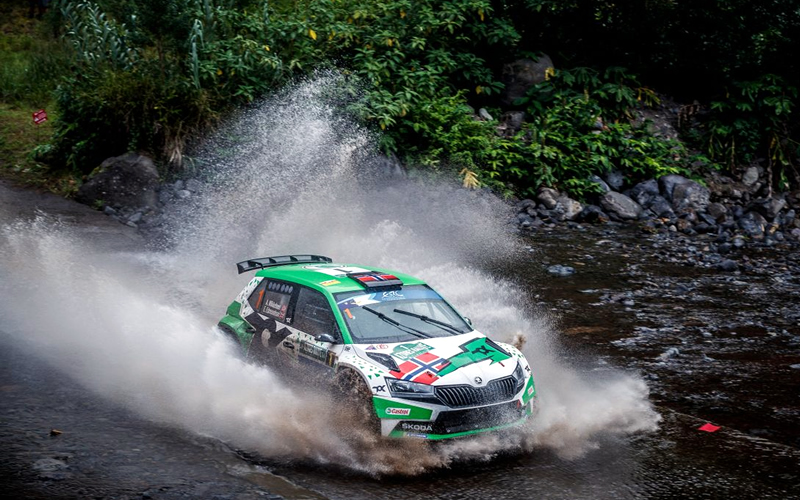 Spaniard Sordo was slowly getting to grips with not only the MRF Tyre package by the R5 version of the Hyundai i20. SS5 Tronqueira 1 was his first stage win with the team and he had managed to close the gap down to the rally leader Moura to just 6.4 seconds.

On the final stage of the opening day, Moura had been overhauled by Sordo, Mikkelsen’s second stage win here had also gained him second overall heading into the overnight halt. Sordo ended the day with a 4-second lead and was relatively happy. 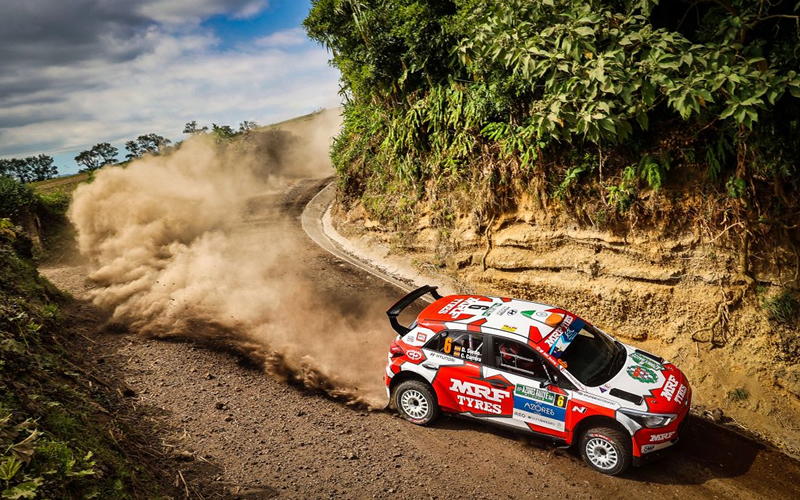 “I’m quite happy with the tyres, they are working very well. We don’t know the compound fully, but at the moment we could make the time. It was difficult, I enjoyed it, but it was a difficult day.”

The second day of the rally featured nearly 90km over a further 7 stages, tyre choice was proving very difficult however, Mikkelsen continued on from where he ended the previous day by taking the opening stage win of day 2. Beating the overnight rally leader Sordo by 2.4 seconds, the Norwegian followed that up with another win in the very next stage to pass Sordo for the rally lead. 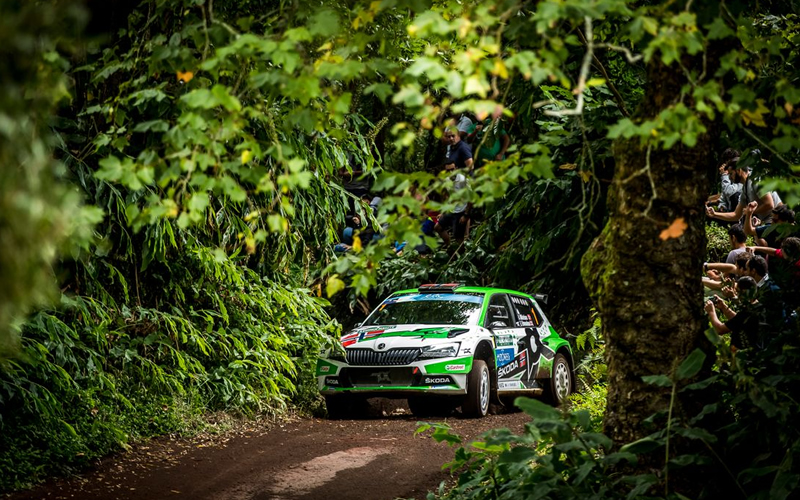 Whilst Championship hopeful Mikkelsen’s rally was going to plan, the same story could not be said for Alexey Lukyanuk. Leg1 of the rally was a frustrating one for the Russain and the final day would not get much better either. Two punctures on the opening test of the final day sent him into retirement leaving him yet again without a result, one has to wonder where he goes from here on? 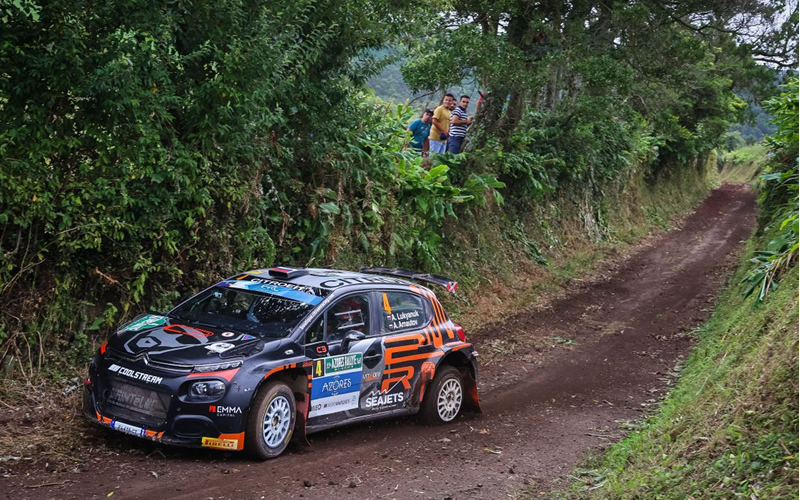 The battle for the rally lead continued to rage on throughout the morning, Sordo reacted to Mikkelsen’s first two-stage wins to grab another stage win for himself and the pair were separated by just 0.1 seconds heading into the last stage of the morning loop. 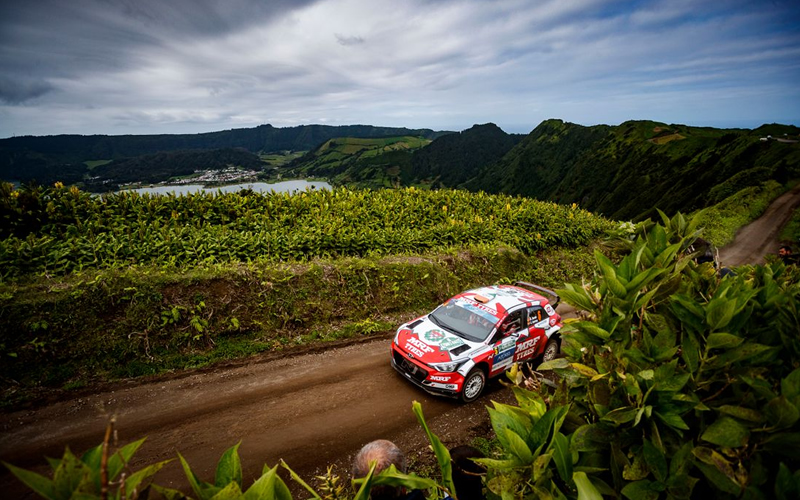 SS10 Grupo Marques was only short at 4.10km but it was enough for Sordo to take not just that 0.1 seconds but also the lead of the rally with a half a second lead to Mikkelsen. 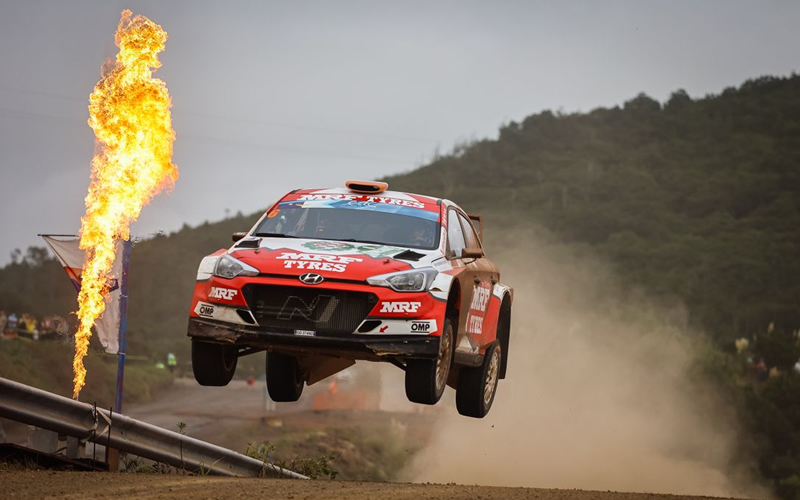 With just three stages to go this rally was a straight-up head to head two-horse race but Mikkelsen was not about to just let Sordo walk-in midseason and take the victory. He hit Sordo with the final three stage wins to take the victory by 14.8 seconds stamping his authority over his championship title fight. 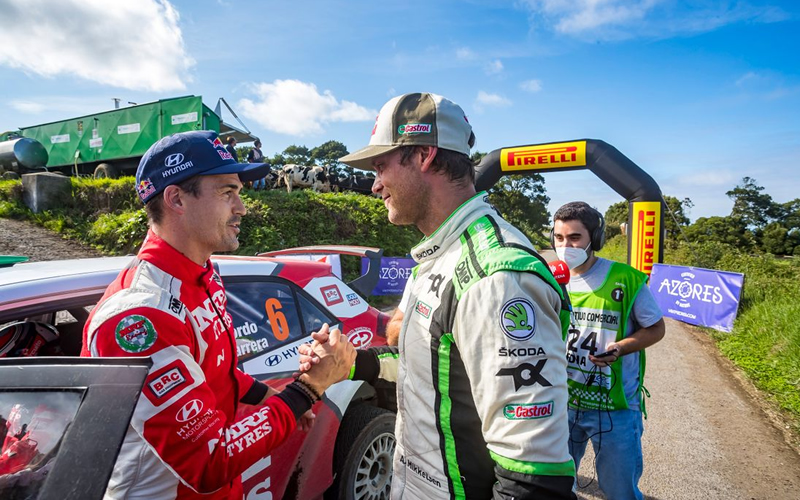 Andreas Mikkelsen has extended his lead by some 34 points to second place man Efrén Llarena. Whilst expected title challengers in Alexy Lukyanuk once again fail to complete a rally and the likes of Craig Breen and Nikolay Grazin both not competing in the past two rallies; Mikkelsen has just three more rallies to secure his title. It’s not a given just yet, but with his experience, Mikkelsen sure is looking good.

Whilst previously the event was an Asphalt rally, this time around it will be on Gravel for the first time in its long-standing history.