The 2021 Protyre Motorsport UK Asphalt Rally Championship finally got underway with the opening round, The Old Forge Garage Mewla Rally.

After an enforced break from the action last year when the entire Championship was cancelled due to the global pandemic of COVID. The old saying of “Absence makes the heart grow fonder” was fitting here, as everyone was itching to get back out on the stages.

Organised by the Epynt Motor Club, the Mewla rally held the honours of restarting the National Asphalt Series over the ever-popular Epynt Military ranges in Powys, Wales. A fitting location for the first round, which offered up approx 65 miles over 9 stages on a rather pleasant sunny day. 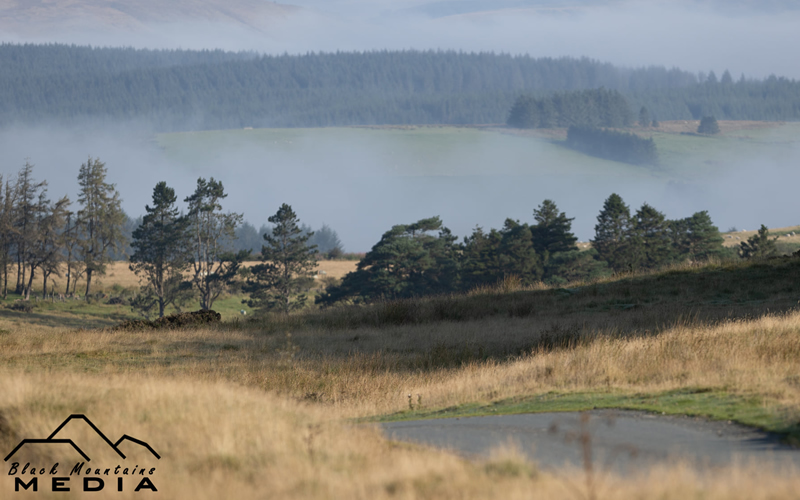 With a contingent of past stars in a mix of both WRC and R5 machinery all returning to contest the series, the opening rally over the infamous roads of Epynt provided the ideal setting to engage in battle. 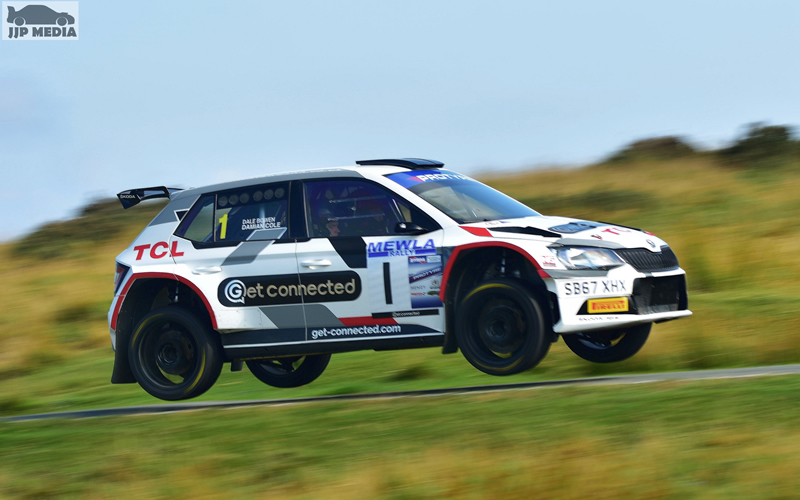 Six times Mewla winner Damian Cole would be first on the road wearing the no 1 on the doors; however, this time around he was not in a Ford or a WRC spec machine, but a Skoda Fabia R5. 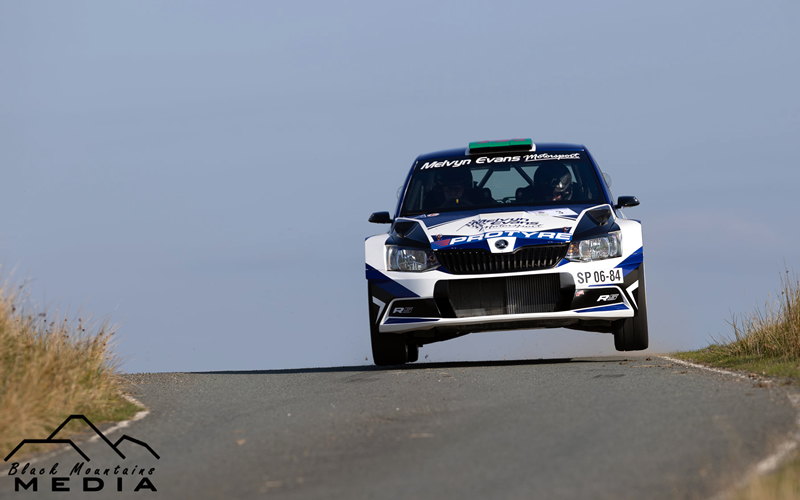 It was the 2003 Mewla winner Melvyn Evans who opened up the day with the opening 4.3-mile Bamfords stage win in his Fabia R5. The Tarmac ace was 3 seconds faster than our reigning back to back (2018 & 2019) Champ Jason Pritchard, who was out to defend his title in his 2005 spec WRC Ford Focus. 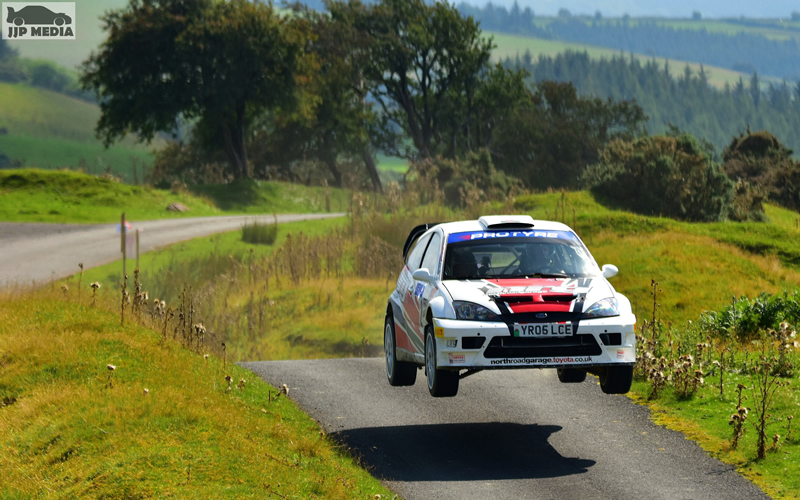 Evans again topped the timings on the second shorter stage over the Burma road to extend his lead over Pritchard to 4 seconds, with Cole behind in third; before heading into the longest stage of the morning loop, SS3 Cileni at approx 8.5 miles. Evans pulled out an even bigger winning margin on this stage, some 15 seconds which increased his overall lead significantly. 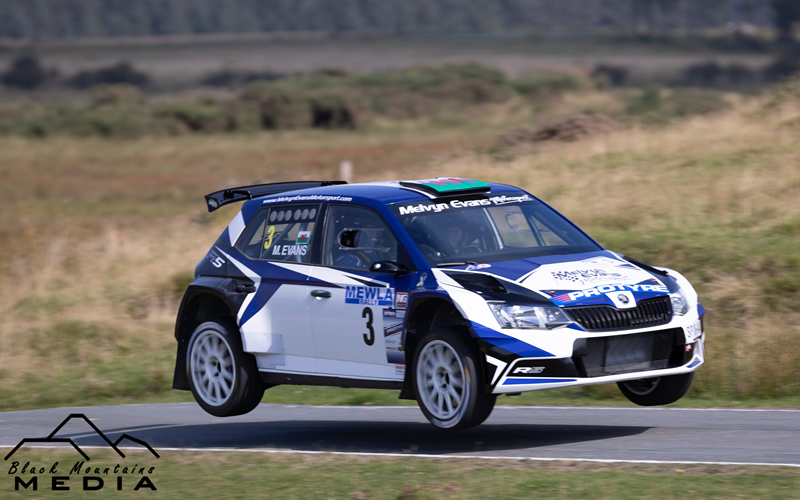 Next up was the repeated loop of the morning stages, Evans echoed his Bamfords stage win to lead Pritchard by 20-seconds. But on the following two, the second runs over the Burma Road & Cileni Stages, Pritchard finally managed to break the all-out Evans stage topping run. 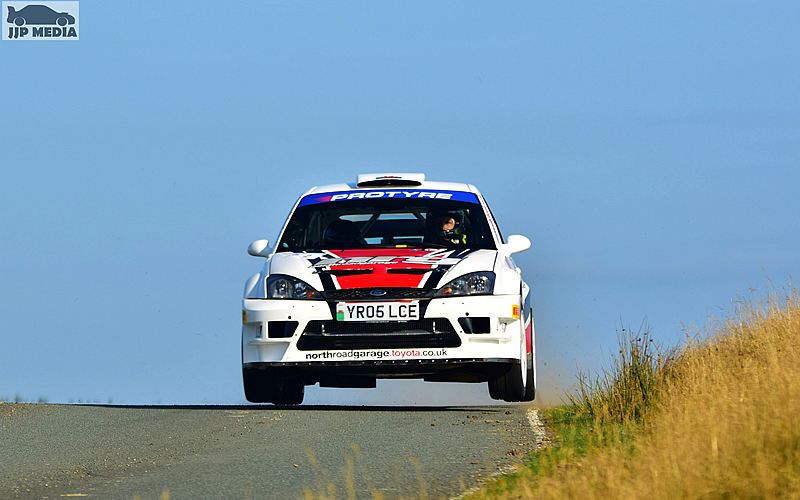 Pritchard had won both Stage 5 & 6 but had only managed to claw back 2 seconds, not really denting the time deficit to Evans out front. Pritchard also won a third run over Burma Road but with just two more stages to go, the 17-second lead that Evans had was looking well and truly out of reach. 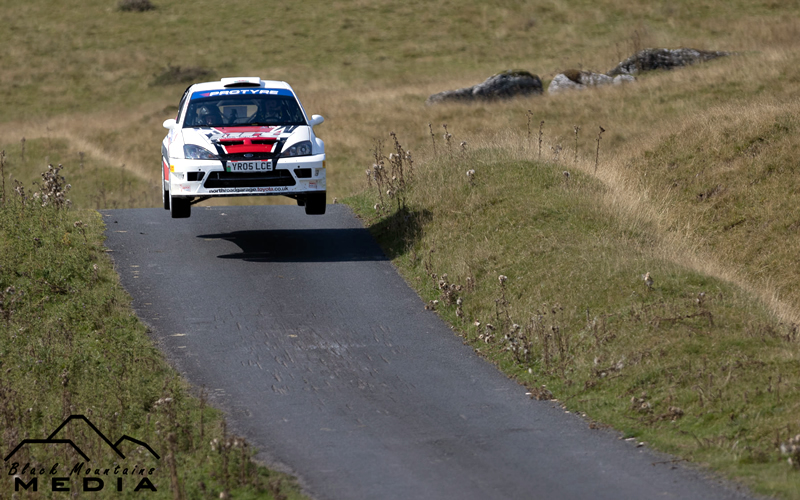 The final two stages rally were the longest of the event, run in both directions over the New Road. Here is where Melvyn Evans added the final two stage wins to his tally to end the rally with a 26-second lead over the second-place man Jason Pritchard to take the victory. 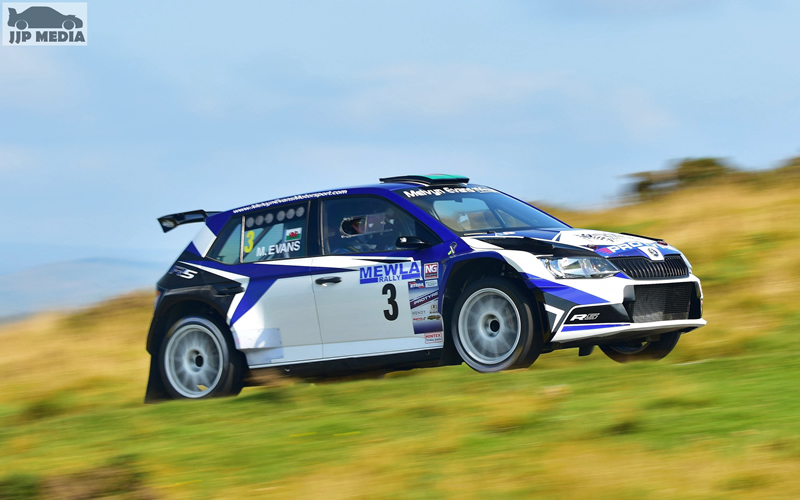 Rounding off the podium on the third spot was Damian Cole, some 1 minute 47 seconds off the pace, Cole wasn’t able to compete with the likes of Evans or even Pritchard.

The series moves onto closed road rallying just a week later on 5th Sept at the Hills Ford Three Shires Rally for Round 2.