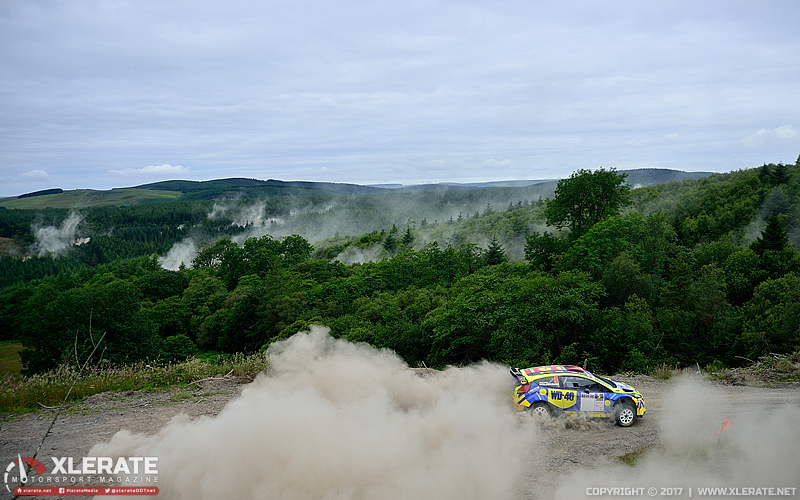 Saturday; Day 1 of the event was based on the gravel stages and delivered a bumper entry; whilst day two for the National A crews; which was mainly for BRC contenders was on the smooth tarmac roads of Epynt all around the Llandovery area of South Wales. The BRC only brought a mere 28 entrants to the party but luckily was bumped up by non BRC entrants on day 2 for the National B Acropolis Rally which brought in a further 18 crews and made it worth hanging around in the area for. 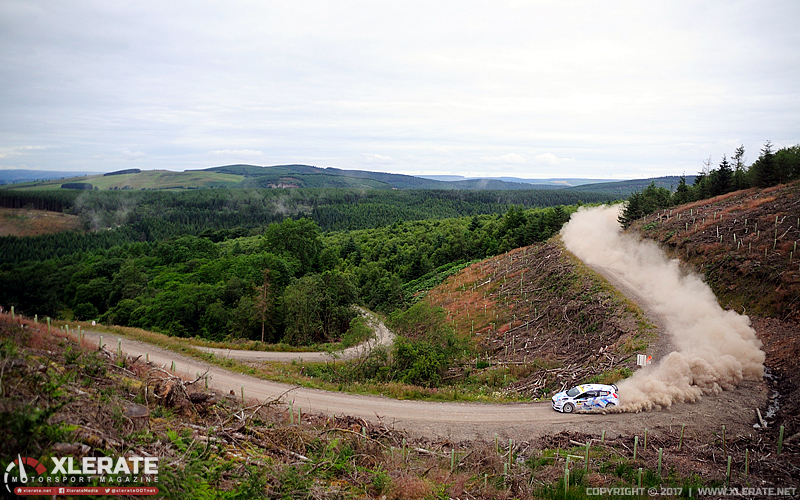 We started the morning off in Halfway Forest for Stage 3, finding a nice open part of the stage for which we thought would be a good bet for the action. However, after the no 1 seeded car, the Spencer Sport R5 Ford Fiesta of Osian Pryce had reached us it was clear that the wind direction was just not in our favour for this one, a challenging morning of snapping in the dust trails then followed from here on. 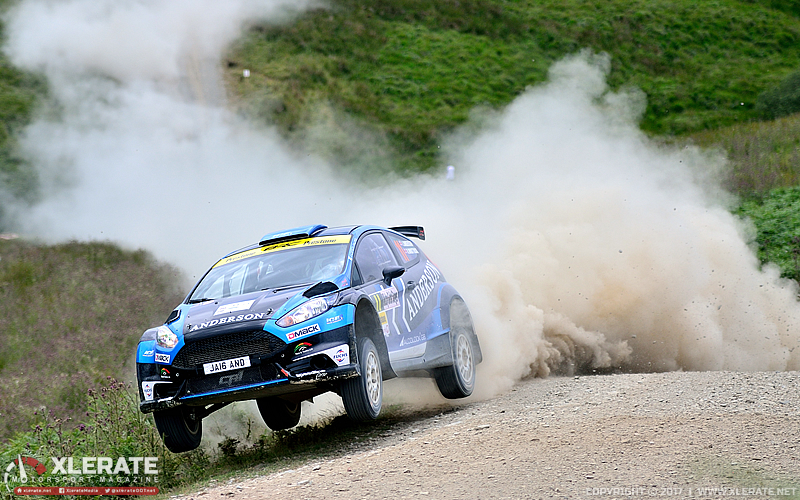 After a bit of a mare of a morning in the dust on Halfway; for the afternoon we made the decision to head for a guaranteed location for some action over on one of our favourite stages in this part of the country, Route 60. Yes we know that this particular part of the stage run in this direction has been done to death over the years and the number of spectators & togs that had already gathered here showed just how popular it is, but we felt it had to be done. 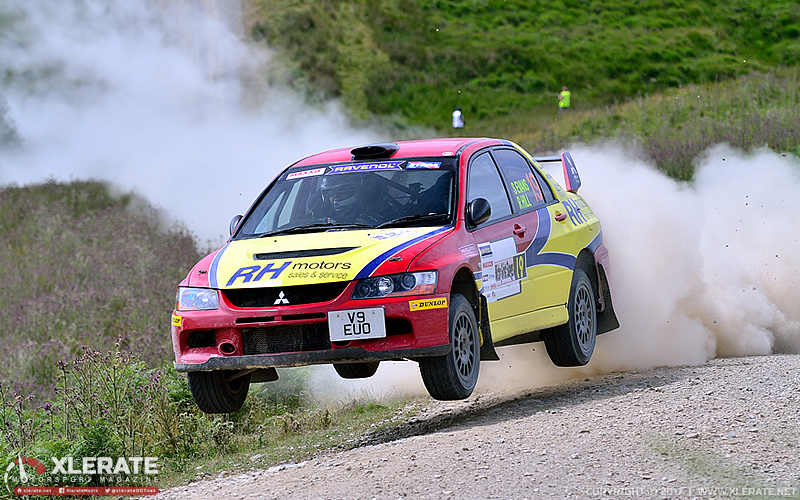 All of the top boys from all three championships lived up to our expectations, even some of the smaller powered cars being peddled by the juniors were rather entertaining here showing that commitment was strong all down thru the classes. 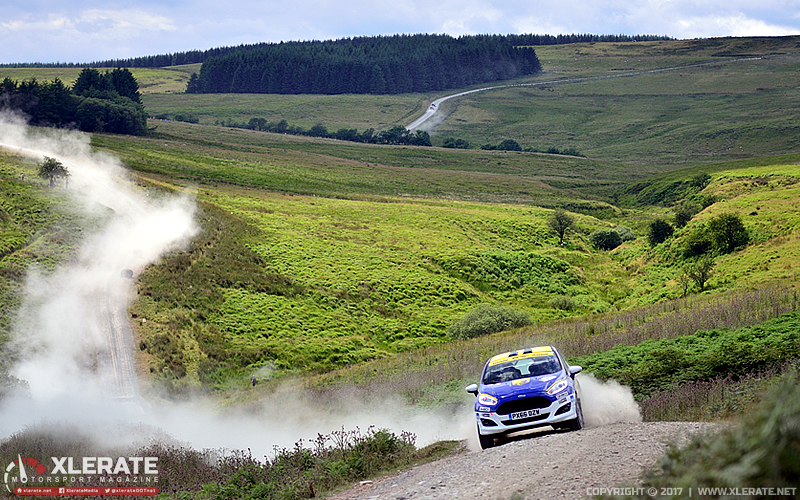 The National B event for the BTRDA & Welsh National crews was won by Stephen Petch and Michael Wilkinson in their WD40 sponsored Fiesta WRC in front of Peter Taylor also in a WRC Fiesta, with the R5 Fiesta of Callum Black in an all ford podium lockout. On the National A front, the BRC was being led overnight by Osian Pryce in the Spencer Sport Fiesta followed by Sweden’s Fredrik Ahlin in the Skoda Fabia and Matt Edwards also in a Fiesta lying in 3rd. Interestingly the leading BRC crews were a good minute or more ahead of the leading Nat B crews. 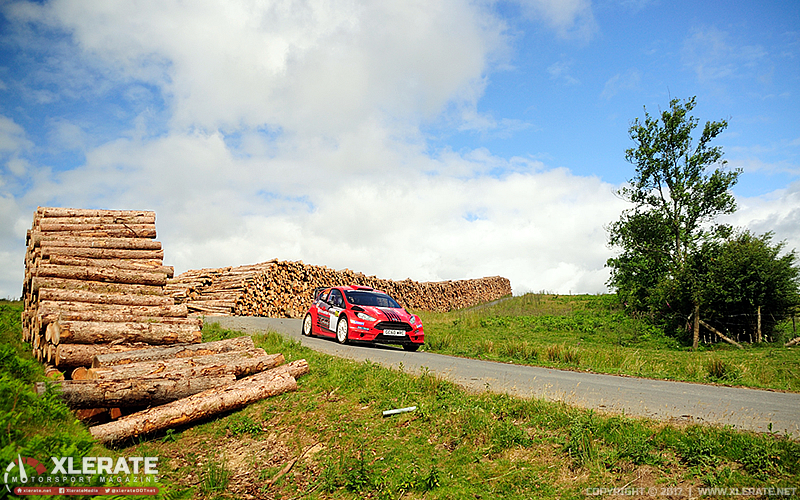 For day two it was all change on the set up’s for the BRC crews, from the high suspension, knobbly tyres’ of the Gravel spec to the big break disk, lowered suspension and low profile slick tyres for the Asphalt. We had dusted off our kit from the previous day’s snapping and were out on the smooth tarmac stages of the infamous Epynt ranges for another action-packed day of rallying. 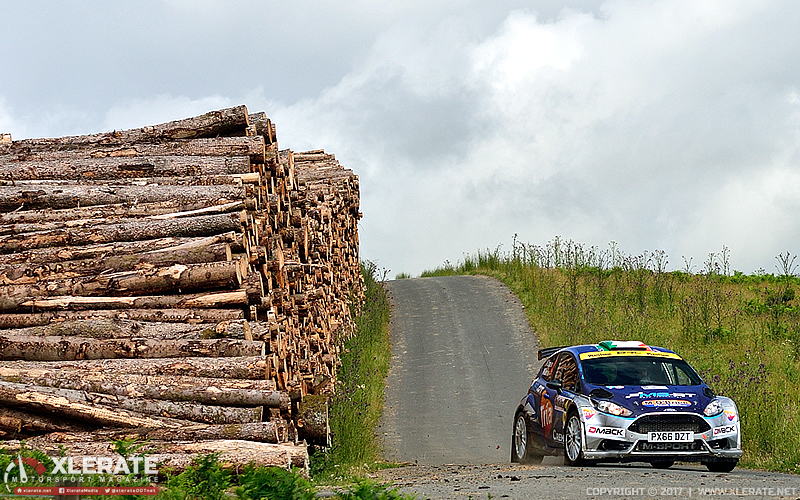 Having had a little pre-recce drive around the stages the day before, we choose some interesting locations to shoot at, making use of some of the log piles which had been placed stage side, something we’re not used to seeing around the Epynt tarmac stages. Crews from both the National A BRC and the National B Acropolis events had some 12 stages on the agenda today, most of which were short 3-4 mile stages but SS9 & 12 New Road & SS 17 & 20 the Drovers Return stages which were run in the reverse of New Road provided a nice 10 miles to sink their teeth into. 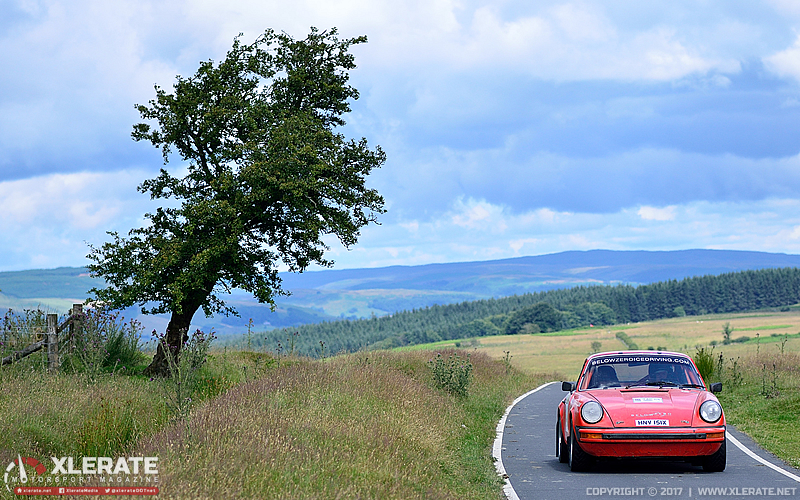 The National B event brought in some good variety which was a welcomed change from all of the modern stuff at the sharp end. As the day progressed there was a number of retirements, noticeable car no 1 Osian Pryce and car no 4 Keith Cronnin who both had a bit of an incident on SS12, which became the subject of much talk on the internet after the event. 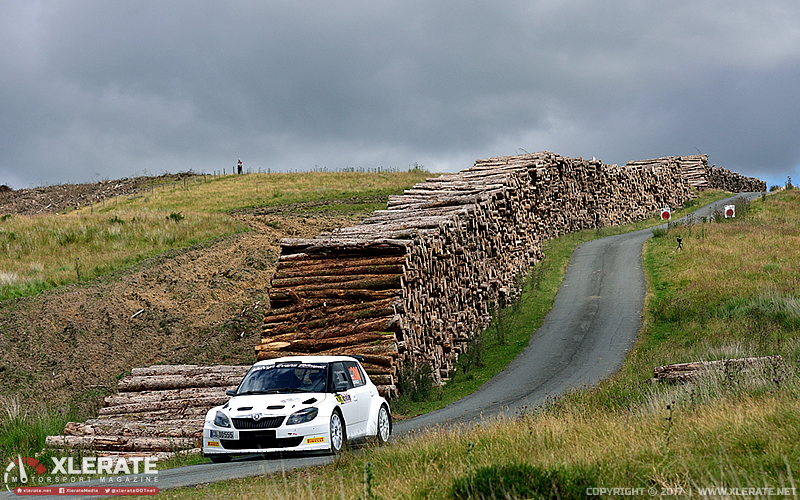 The BRC win would go to Sweden’s Fredrik Ahlin some 47 seconds ahead of second-place Matt Edwards and more than 2minuts from 3rd place Rhys Yates were both in Fiestas and winning the Junior BRC was Callum Devine. Only 17 registered BRC crews finished this two-day event. No stranger to Epynt, Damian Cole pulled on all of his experience that he has from this venue and won the National B Acropolis, well ahead of BTRDA regulars Callum Black in second and Stephen Petch in third.

Results from all events for the Nicky Grist can be found on: http://results.djames.org.uk/results/

UKRALLY | NO GAMEPLAN AT THE WOODPECKER STAGES 2017
error: Content is protected !!