In recent years it could be argued that no one has done more for the historic rallying scene here in the UK than Colin Heppenstall and the Roger Albert Motor Club team, their whole ethos is about keeping the iconic rally cars of yesterday out competing on the stages for all to enjoy, “The Way It Use To Be”. One of the ways in which RAC MC does this is the Roger Albert Clark Rally which ones again returns to our calendar for 2017. For the first time this year the event takes in stages from, England, Wales and Scotland; the longest special stage rally in Britain for 22 years since the 1995 Network Q RAC Rally to take in such millage and since the route was outlined back in May the buzz was created and the entries filled up fast with over 100 confirmed by August. 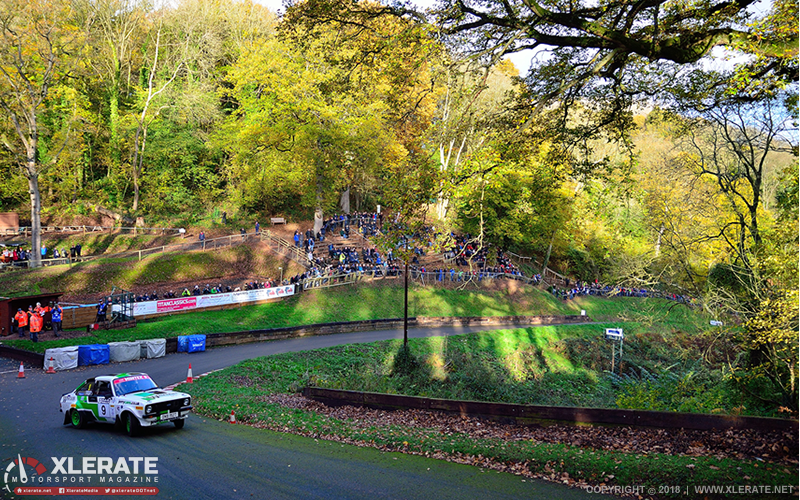 Friday morning arrived and with it bright sunshine awaited the crews at the Shelsley Walsh Hill Climb for the first two tests of the event. The first stage was run up the hill in the traditional way but for the first time in the history of the venue, cars travelled at competitive speed back down the hill for SS2 much to the enjoyment of a very large crowd of spectators before heading across the border into Wales for the first loop of proper forest gravel stages. 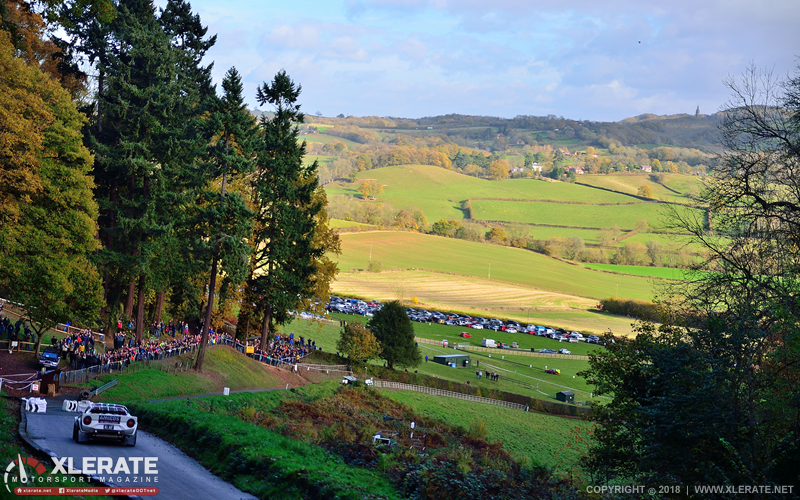 For the well-organized spectator, there would be just about enough time to get a bit of action in at the Hill Climb before heading out into the trees. We managed to take in the first 25 or so front runners before hitting the road and heading over into Wales to catch them over Epynt, but I think we were lucky as delays in Radnor for SS3 due to spectators gave us that little bit more breathing space in order to get into position. 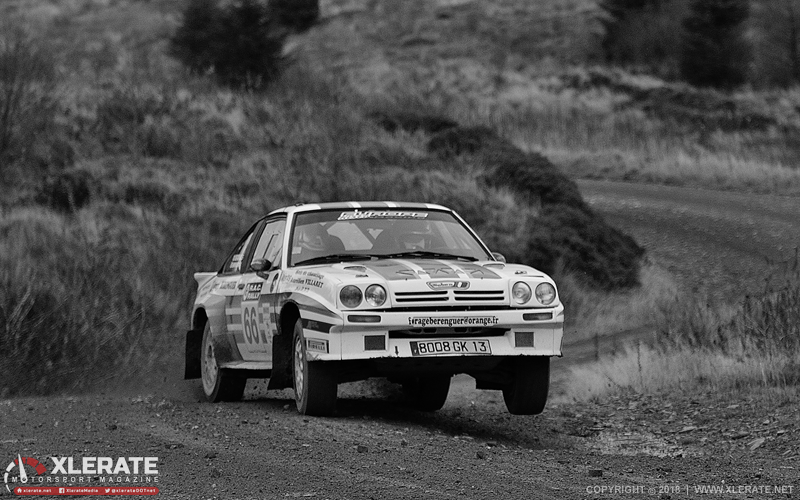 One of the things that we like most about the RAC rally is the great mix of cars out competing, sometimes it’s not about having the huge £££££ builds but instead bringing something a little different to the stages. As a testament to the event and to give an example of its popularity, it attracted a number of crews from overseas, one of our favourites who were really pushing over the Epynt stages were Jean Francois & Aline Berenguer in the Opel Manta 400 who came from just across the channel. For us variety is the key, yes we all like the sound of a roaring BDA powered Escort going at full chat and slinging its ass-end out, but we; just like a lot of fellow historic rallying fans welcome the sights and sounds of cars from all categories being used in anger, even a tinpot SAAB 96! 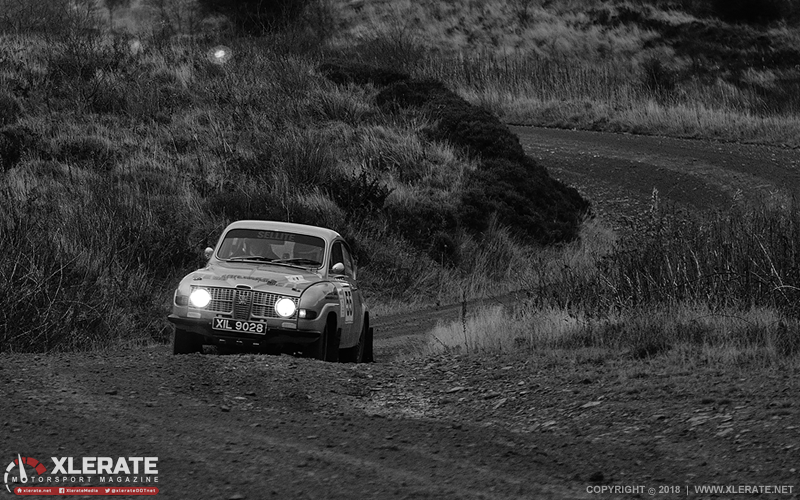 The delays with the running of SS3 over in Radnor inevitably resulted in us standing out in the darkness waiting for the tail-enders to come thru and the subsequent canning of SS6 Radnor 2 also. This was a shame for those out marshals and spectators on this stage who were in the mood for some classic night time rallying, but crews, organizers and all involved were faced with the long drive as the event moved North overnight. 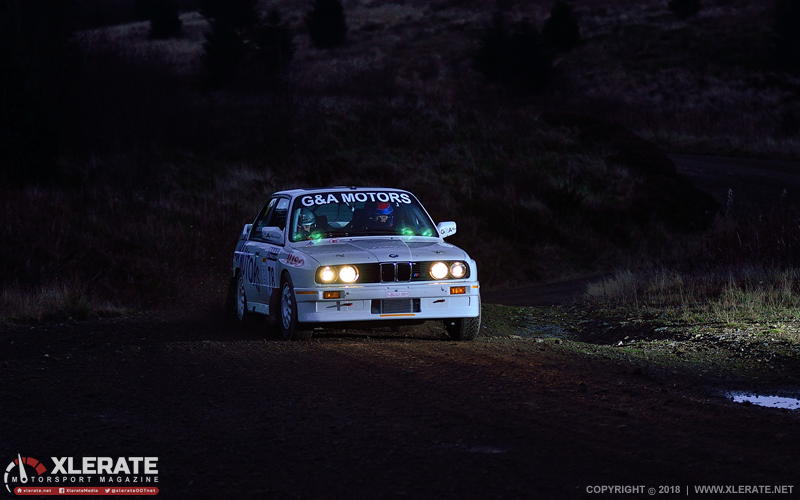 We were unable to follow the event up into the North however by all accounts the following few days of rallying proved to be a test of attrition; as come Monday afternoon at the finish just 48 crews successfully completed this iconic event, which was won overall by Martin McComack & Barney Mitchel in their Ford MK2 Escort with a lead of 1:44 over second place and fellow MK2 Escort crew of Mathew Robinson & Sam Collis. The top 10 was an all Ford Lockout and the top 20 only featured the odd non-Ford piece of machinery in the form of the Vauxhall Firenza of Jimmy McRae and the Lancia Stratos of Steve Perez.

The event takes a rest in 2018 however the organizers have already outlined the provisional details for the 12th edition of the rally which is due to take place between 21-25th November 2019 and will once again feature approx 250-300 stage miles across four days with legs in Wales, Kielder and Scotland.