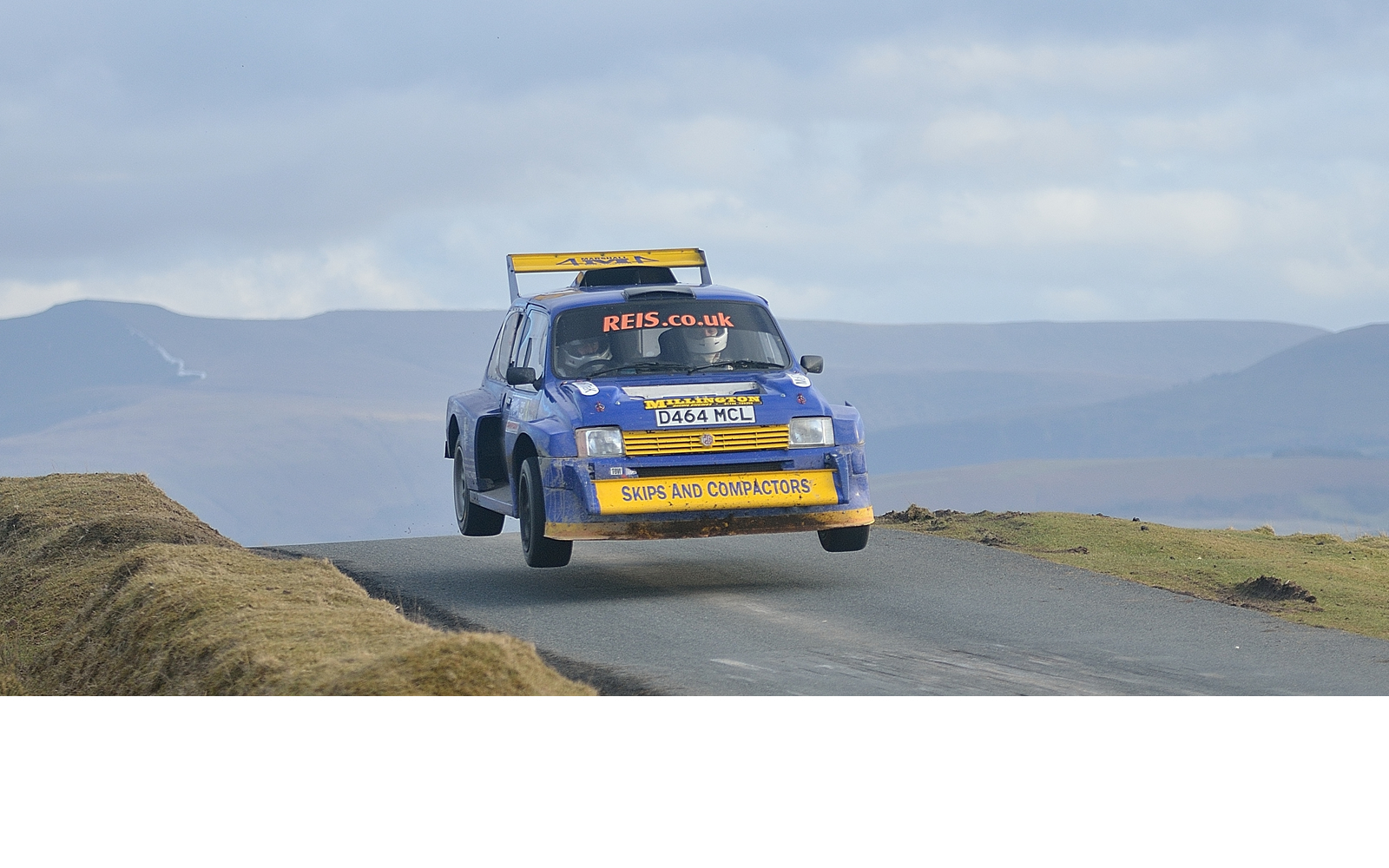 Its Tour of Epynt time and our first trip onto the Military ranges of South Wales this year and for the second consecutive week its terrible conditions for standing out in the elements all day.

The Port Talbot Motor Club run event is the first round on the MSA Asphalt Rally Championships and being on the infamous smooth tarmac roads of the Epynt ranges, it’s a cracking event and the ultimate test for the competitor that is guaranteed to sort the men out from the boys. Get it wrong here and you could be left with a rather large re-build. These roads are tricky at the best of times but add in a bit of the wet stuff and challenge goes up by ten folds. So treat the roads here with care and respect and you might just come out the other side with a result.

Reigning champ Damon Cole with the Number 1 on the side of his Ford Focus WRC led the strong field off the start line at 9’o clock but the conditions were grim out on the ranges. In the words of the comedian Peter Kay “it’s that fine rain that soaks you through” and it most certainly did. The low lying fog made for tricky visibility and the constant rain throughout the morning kept the surface wet with aquaplaning being a real issue for all crews.

The format of this event gives the spectator the chance to see 5 out of 7 stages and a good full days entertainment, with ample viewing spots all open it’s not tricky to find a couple of great spots to watch the action…. but being so open to the elements the Epynt Ranges is notorious for harsh spectating conditions and once again we find ourselves applauding the marshals and safety crews who gave up their time to stand out in such conditions.

“We watched the final stage of the day over Barton’s Jump and could see that crews were on it for the final few miles of the event.”

The commitment throughout the field was epic, naturally, as with any event, there were retirements but by the final stage of the day, which was in totally different weather conditions compared to the morning, the sun shone over a what was still a fairly sizable field. We watched the final stage of the day over Barton’s Jump and could see that crews were on it for the final few miles of the event as they pushed on right to the end in order to get the result that they wanted.

Flying high on the day was Simon Mauger in a fabulous piece of machinery for what shouldn’t really be called a Metro 6R4 but instead is being referred to as the “M4M” creation. Featuring a Millington and a 6-speed Maktrak Sequential box it does, however, utilize many parts from the Metro 6R4 Group B beast, so it’s not really fair to call it “a kit car with just a 6R4 shell bolted on top”. One comment on a social media site was “a 30 year old group B tractor beat modern WRC machinery!” all joking aside, I doubt that anyone could have predicted this outcome what with the host of other WRC and top cars out on the event. We now await to see if Simon will continue on and compete with this package for the full championships season but as far as an opening round to a championship goes, it doesn’t come much better than this.

Full results from the event can be found: http://www.ptmconline.com/live-results.html