The 2022 Pirelli Ravonel Sponsored Welsh National Forest Rally Championship got underway in the unusually dry and dusty conditions at the Rally North Wales for the opening round of the season. Organised by the Wolverhampton and South Staffs Car Club, the event featured classic gravel test in and around the Dyfi Forest Complex. It comprised of 8 Stages (made up of two loops of four) and covered a little under 45 competitive miles for the crews to tackle.

The last time the event ran back in 2019 Matthew Hirst alongside regular Co-Driver Declan Dear, who then went on to win the title, were on the top spot, but that was in the Mitsubishi Evo. This time around they would return to the Championship in a new weapon, a Ford Fiesta R5. Having recently finished 6th overall on the Malcolm Wilson Rally the pair would start their Welsh National Championship title contention at the Dolgellau-based event with a decent first event result already under their belts.

Another crew also out in new R5 machinery but for the first time, would be Dylan Davies and he would be looking to take up the challenge against Hirst. After a couple of outings last year in a Subaru Impreza WRX, he alongside Co-Driver Mark Glenister would push Hirst throughout the day in their Skoda Fabia R5.

2019 Welsh Junior Champion Tom Llewellyn already has some decent seat time under his belt in the Mitsubishi Mirage R5 car, Llwellyn like Hirst also competed on the recently Malcolm Wilson Rally finishing a few places behind Hirst in 9th overall. Rally North Wales perhaps would be the start of his serious assault on the 2022 Championship?

Behind the main favourite, contenders were a host of others all in capable machinery such as James Williams in a Hyundai i20 R5, Bob Morgan in a Fabia R5 and Robert Ceen in a Ford Fiesta to name but a few. But it would be the Hyundai i20 of James Williams that would be the fastest through the opening Pantperthog test, getting the better of Dylan Davis by just one second. Unfortuanltey for the early leader Williams, he would exit the rally on only the very next stage of the morning in SS2 Dyfi.

As the crews headed across the road into the Dyfi Forest complex, Hirst was by now already getting to grips with his new piece of kit. Picking up his first stage win in the Fiesta R5 car in SS2 Dyfi, beating Davis by some 5 seconds, he leapt into the lead of the rally; for which he then followed up in Big Ray to the east of the forest. 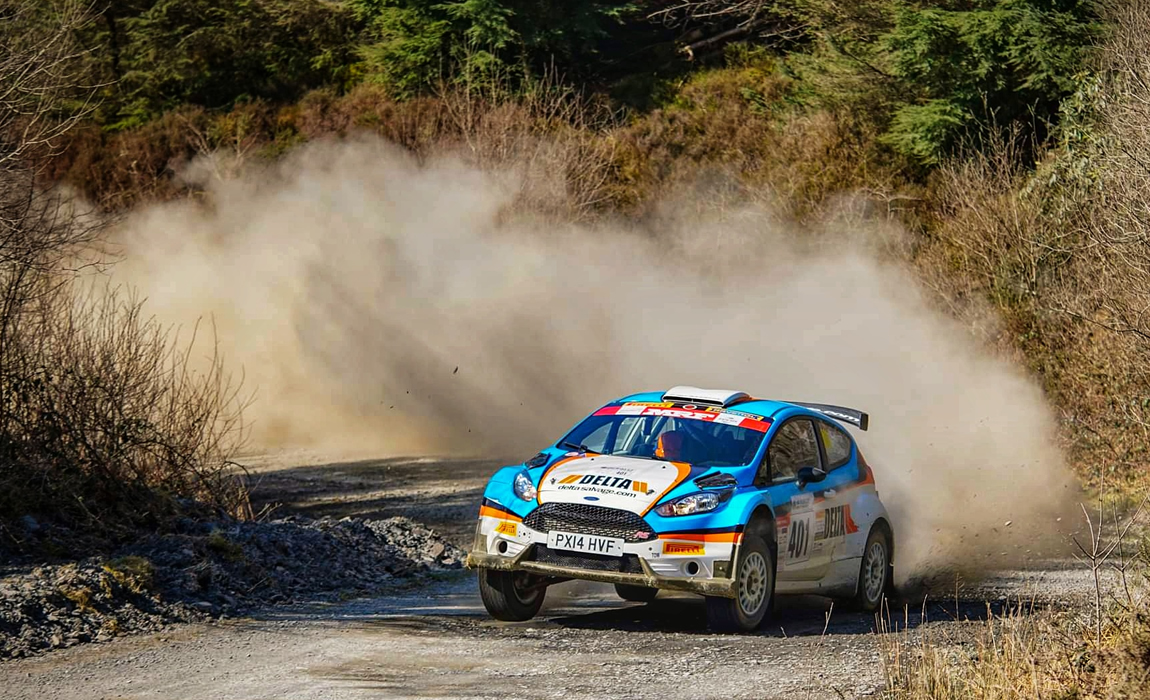 Davis reacted to Hirst in the final stage of the morning loop, Gartheiniog to claw back 6 seconds, the fight for the lead of the rally was well and truly ON. Hirst headed into the mid-day service halt with just 1 second between him and Davis behind him. 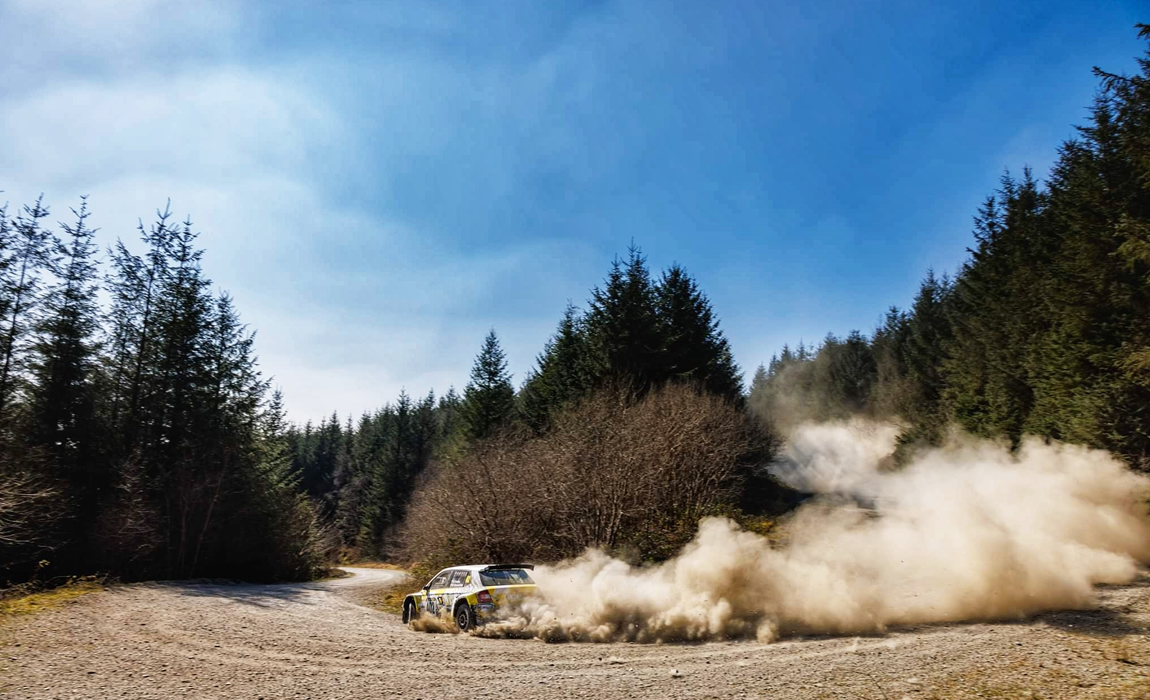 Behind the fight for the lead of the rally was Llewellyn in the Mirage, but he and Co-Driver Dale Bowen were some 40 seconds of that fight in front of them at the midpoint in the rally.

Back out after the service, Hirst set about fighting for that first win of the season, but the stages were now getting very rough. Hirst powered on through the afternoon’s loop, winning all four-second passes and it just seemed as if there was little that Davis in the Skoda Fabia could do. Eventually, he and Co-Driver Glenister had to settle for a well earned second place on the podium with Llewellyn rounding off the podium. 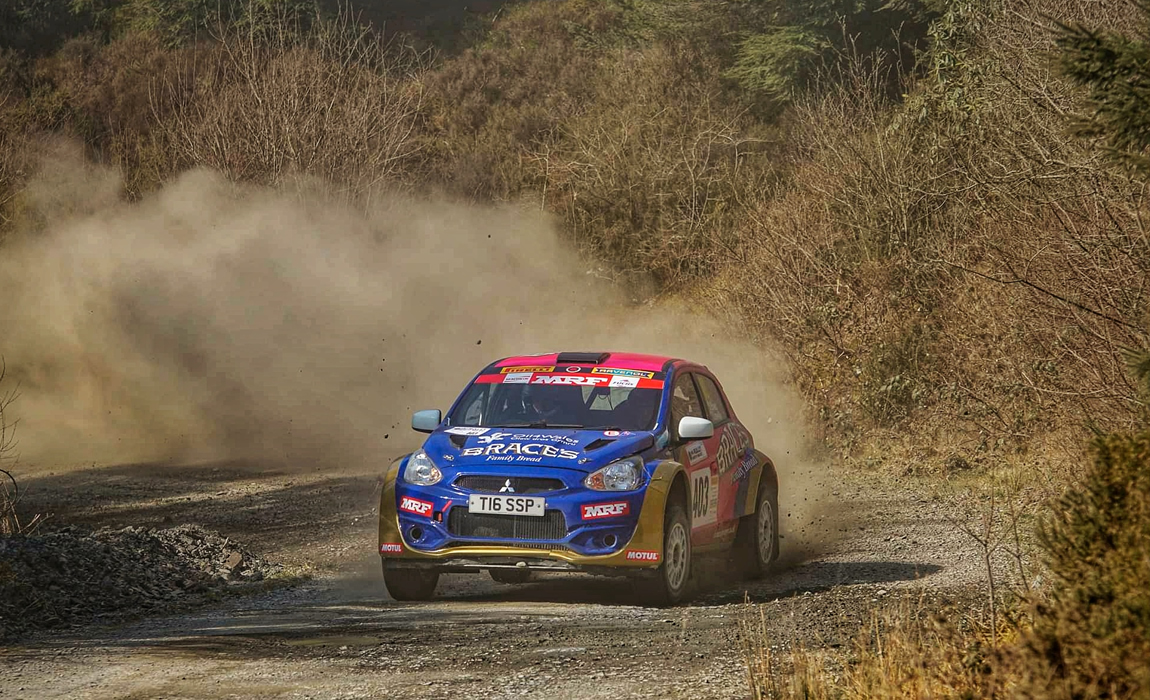 Hirst and Co-Driver Dear crossed the finish line with some 24 seconds in hand, that close-fought battle in the morning with Davis, coupled with the addition of a few setup tweaks at service had spurred him on in the new R5 car to secure the opening round win of the season. 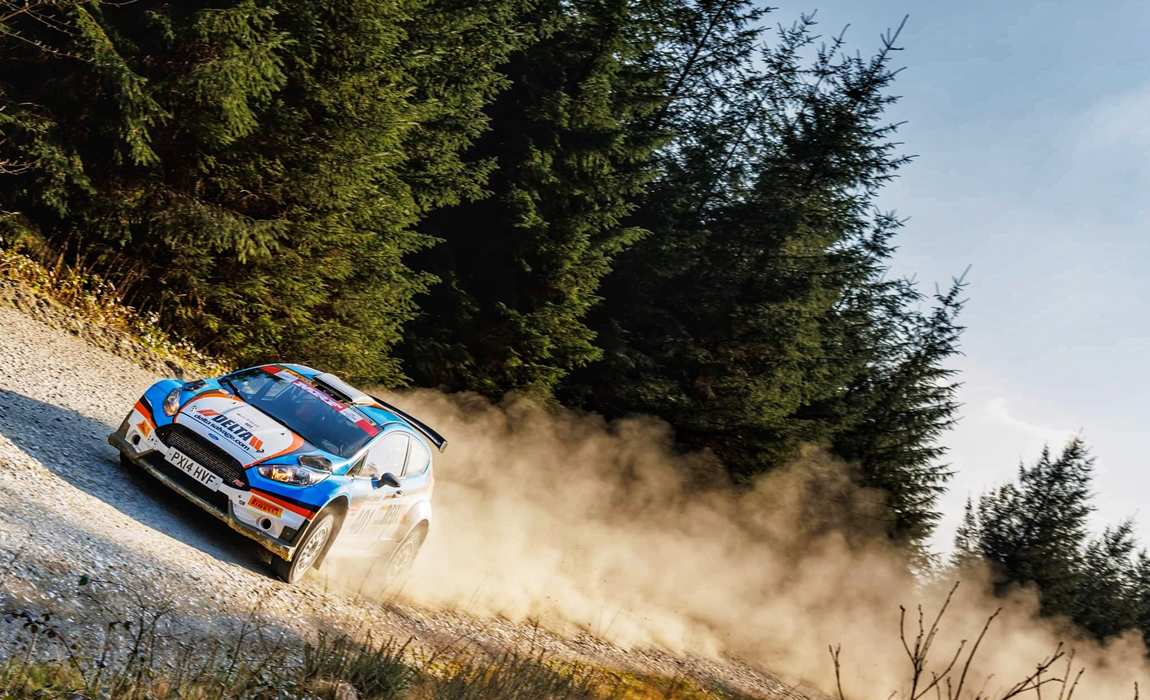 “Top job from everyone in the team this weekend.. Dec was on fire on the notes & the car ran faultlessly” “cheers to everyone who supported us, this means a lot!!”

Elsewhere returning Kiwi, Boyd Kershaw secured the two-wheel-drive honours after finishing 10th overall in his MK2 Escort on his first rally for some six years.

Ben Smith guided by his father in the MK1 Escort scored the under 25’s honours.

The Welsh National Championship moves a little further south to take in stages such as Myherin and Hafren for the second round at the Rally Nuts Stages (9th April).