The Pirelli Ravenol Welsh National Rally Championship relocated South to Builth Wells for the fifth round of the 2022 season at the Nicky Grist Stages. Organised by the Quinton Motorclub, a club which has been running stage rallies in the Welsh Forest up and down the country since the 1980s. Whizz forward to the present day, and their ever-popular event would return to the Welsh National Calendar with 8 Gravel Stages (two loops of four) in and around the Forests of Mynydd Epynt and the MOD training area. 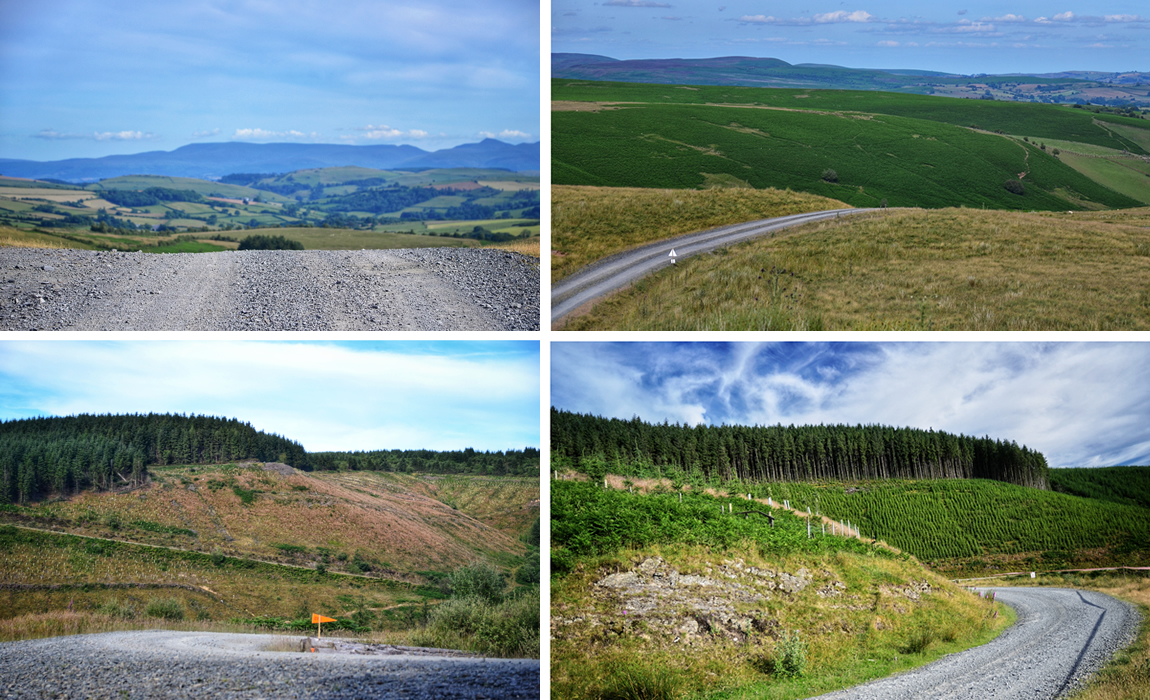 Last time out on the Plains Rally, Matthew Hirst and Declan Dear battled on through puncture after puncture to score their hat-trick of wins; and the pair would once again return to the stages in yet another dominant performance at the Grist.

As we have come to expect, Hirst and Co-Driver Dear were to be the fastest of the Welsh National crews out of the blocks on the short opening 3.5 mile Llyn Login test. They stopped the clocks some 6.3 seconds faster than the similar spec car of Perry Gardener and Jack Bowen. 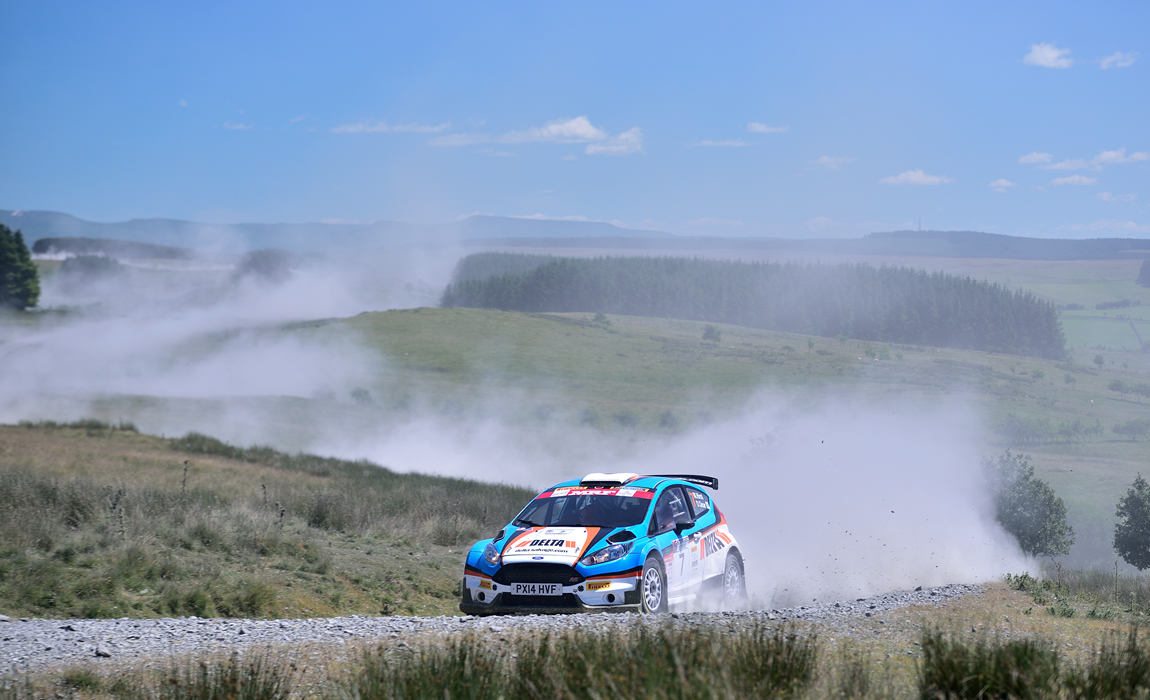 Whilst Dylan Davis and Mark Glennerster in the Skoda Fabia R5, managed to catch and pass Gardener for the second spot in the very next test (SS2 Monument), Hirst had more than doubled his lead to some 18.4 seconds already.

As Hirst and Dear settled into a rhythm in their Ford Fiesta R5 car, the stage times blew any competition out of the water early on. So much so that the pace proved too much for the likes of Perry Gardener who rolled out of the fight in SS3 Halfway, retiring from the rally. 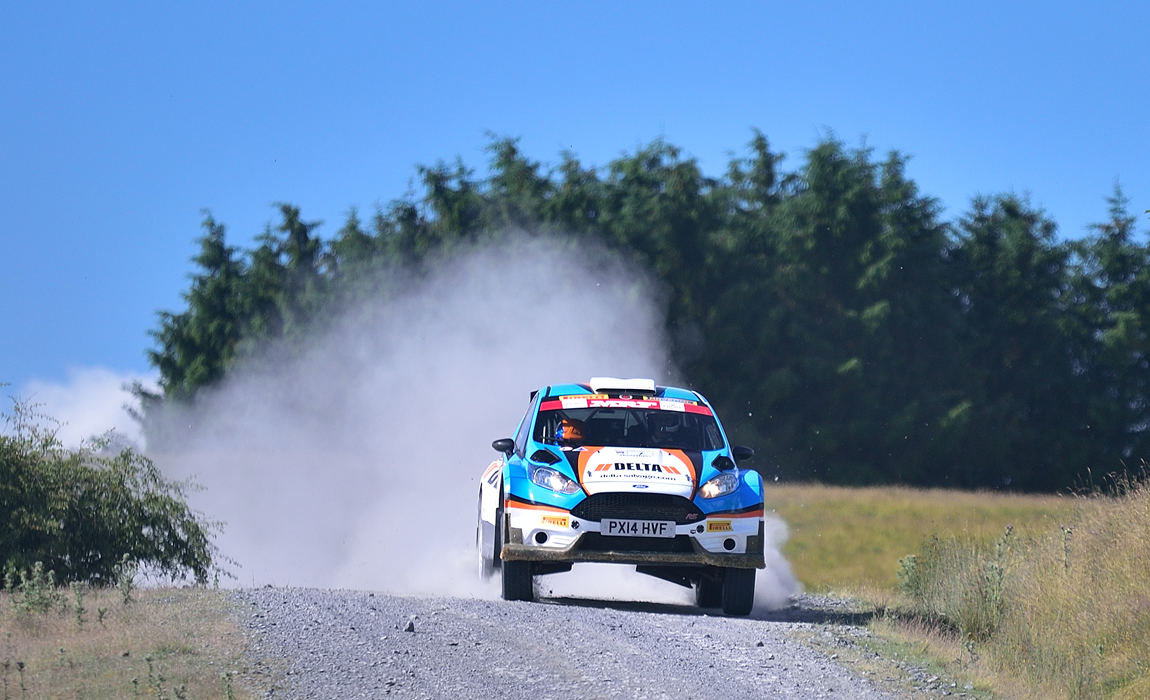 That lead continued to grow stage upon stage over the course of the morning’s loop. The leaders of the rally, Hirst and Dear reached the midpoint with a 44.5-second advantage over Davis heading into mid-day service halt back at Builth Wells. 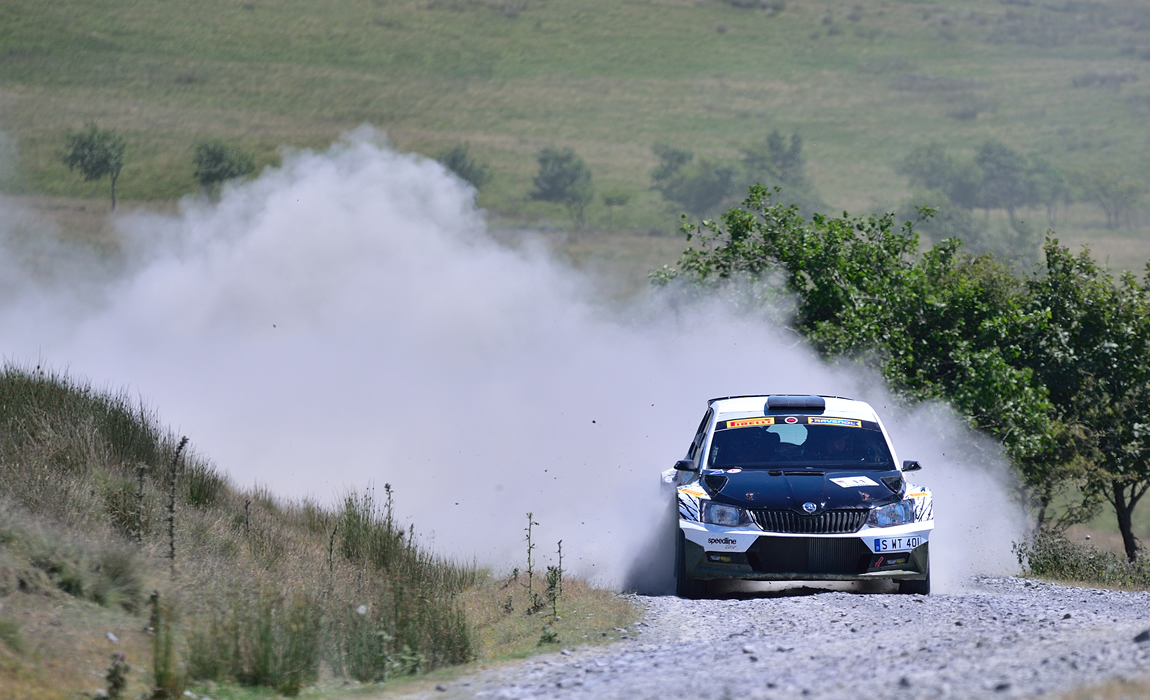 Although the writing for the victory was perhaps already on the wall by halftime; Davis and Co-Driver Glennerster were focused on doing their own thing. They not only maintained their gap to now third place man James Giddings in the EVO, but had managed to extend it over that morning, to also enter the mid-day service halt in Builth with a decent amount of time in hand.

Focused on the title already, Hirst and Dear navigated their Ford Fiesta R5 home through the afternoon’s loop of stages trouble-free to secure their fourth victory in a row; sighting that once again everything (the car, crew and co-driver) were perfect. The series has now reached the midpoint in the season, and things are looking more than good for the pair, who remain on course to secure the title.

For the third time this season (so far), Dylan Davis was second on the podium to a man that just seems unbeatable at the moment. Davis and Co-Driver Mark Glennerster brought their Skoda Fabia R5 car home 1min 20 secs a drift of Hirst and once again settle for being the best of the rest. 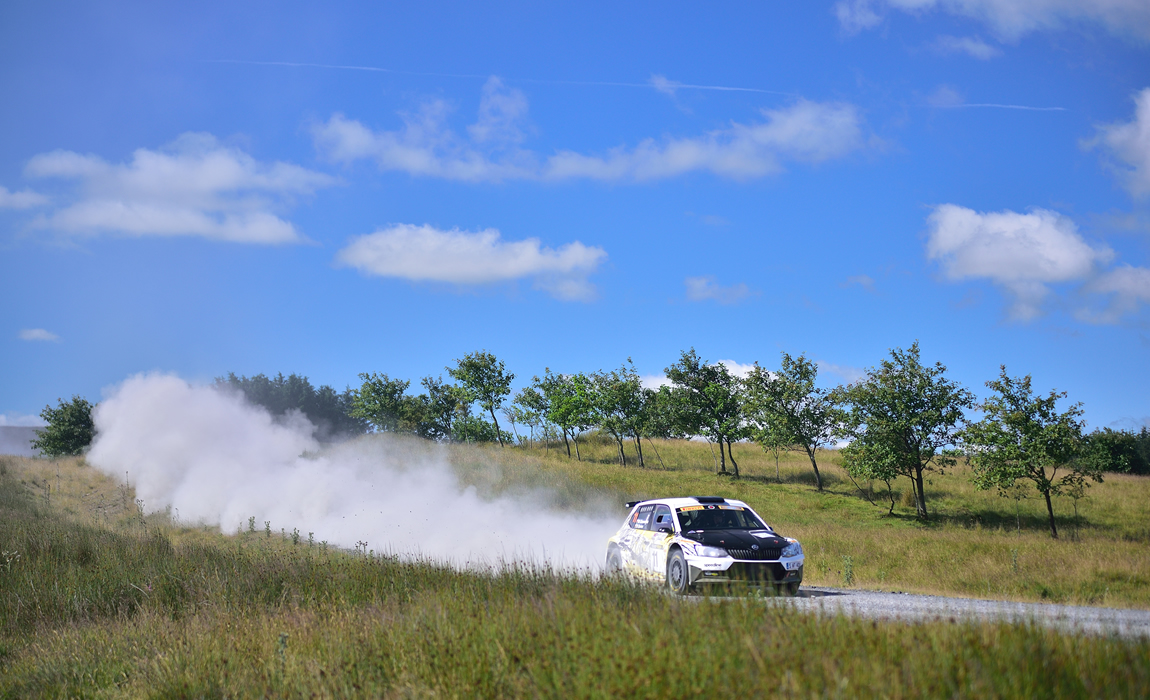 The Mitsubishi Evo 9 driven by James Giddings and Co-Driven by Lee Taylor scored their second Welsh National podium of the season by finishing third behind Davis; the pair also secured maximum points in the Ravenol Welsh Challenge category for the third consecutive event. 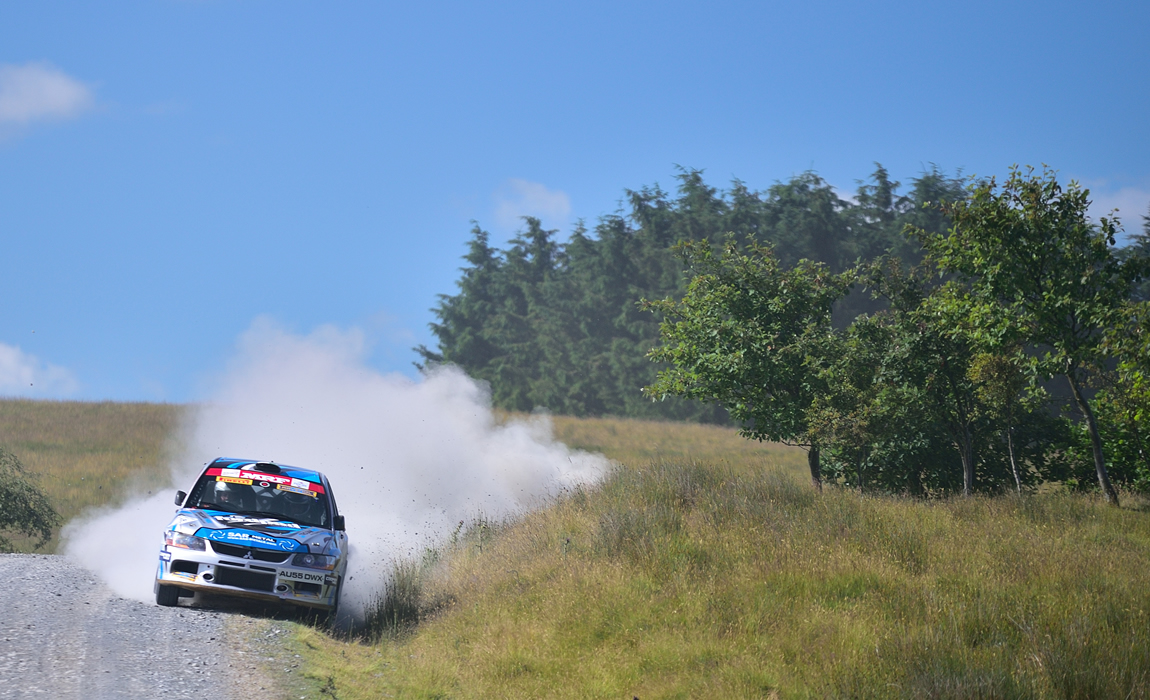 Ashley Davies secured his second 2WD win of the season thus far with Sam Fordham beside him in the Ford MK2 RS calling the notes. Although they got the jump on the rest of the two-wheel drive pack right from the off in the opening stage; the Fiesta R2 car that was being driven by Tony Simpson & Ian Bevan made ground on them throughout the day. 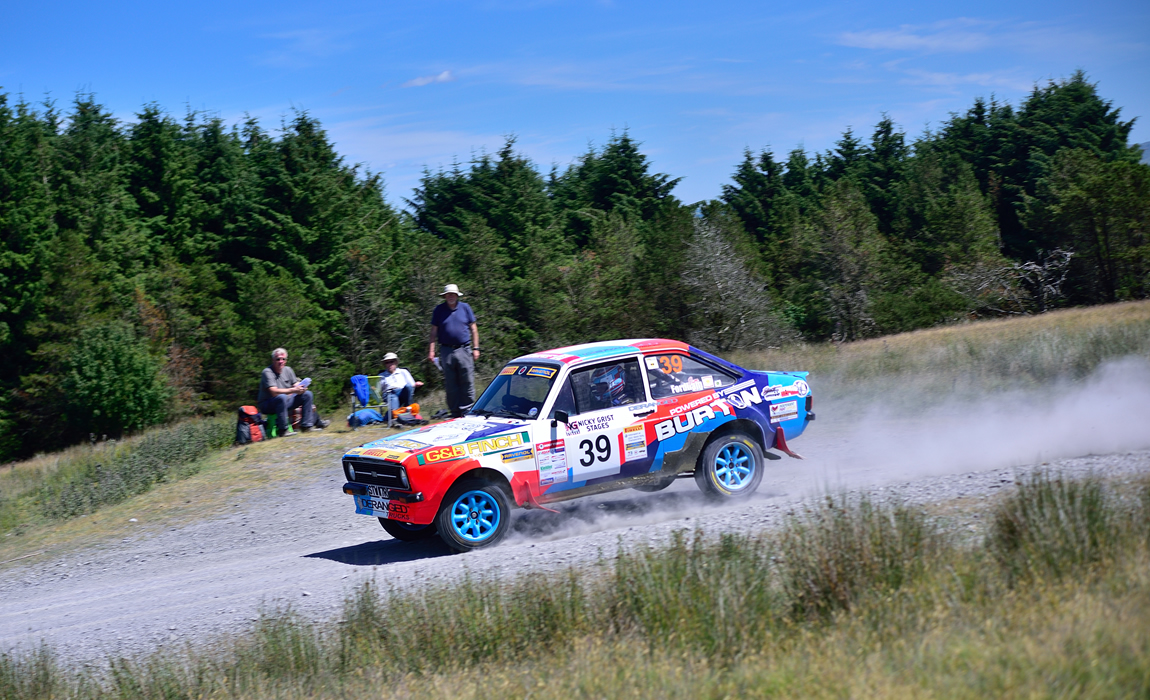 Davis and Fordham, however we able to bring it home and crossed the finish line back in Builth Wells with a 2.7 seconds advantage over Simpson and Bevan. Jonathan Jones & Jez Rogers, also in an R2 Ford Fiesta rounded off the 2WD Podium. 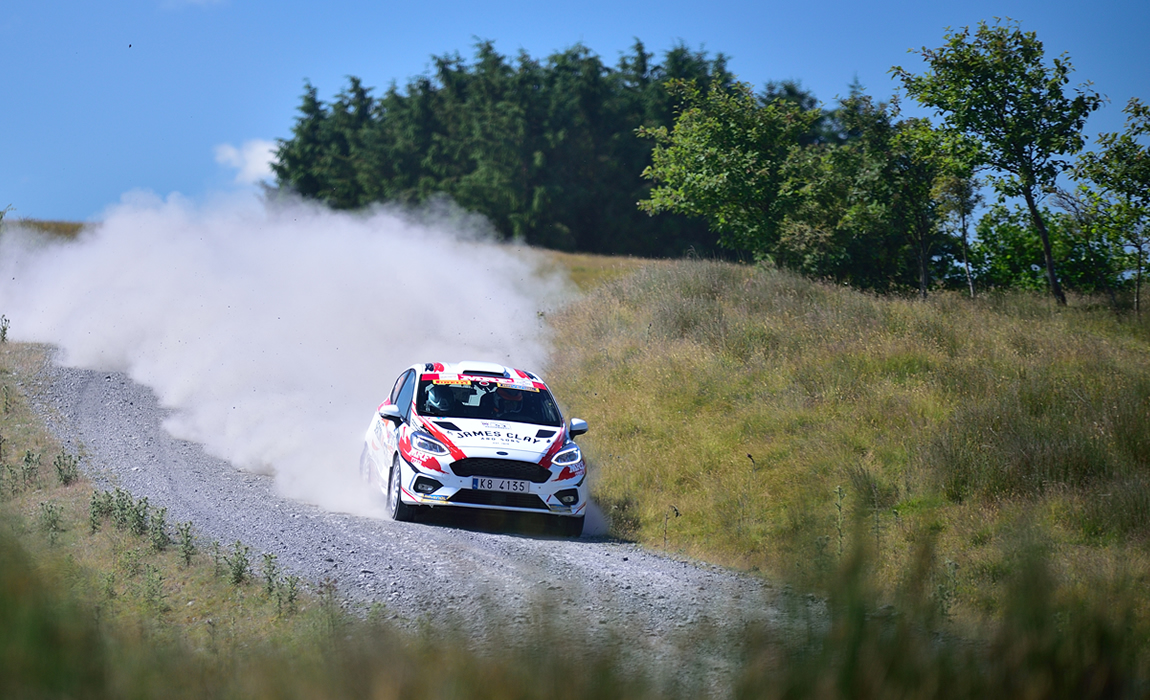 With the absence of Matt Edwards at the Grist, Michael McDaid had a good day in the office of his MK2 Ford Escort RS1800, securing the top Historic honours alongside his Co-Driver Declan Casey. 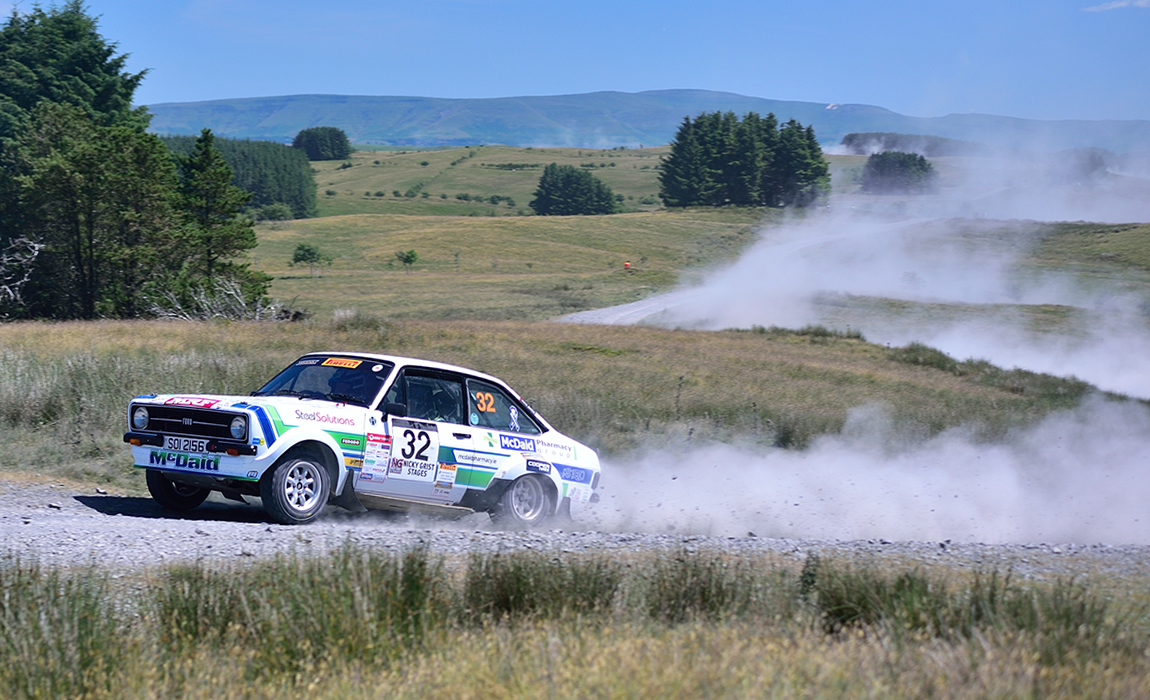 After a great battle in the morning’s loop with the stunning-looking Fiat Abarth 131 of Nick Elliot (up until Elliot bent the axel of the 131 in SS3 Halfway); the Irish pairing crossed the finish line back at Builth with 11.8 seconds in hand to Elliot and Co-Driver Dave Price. 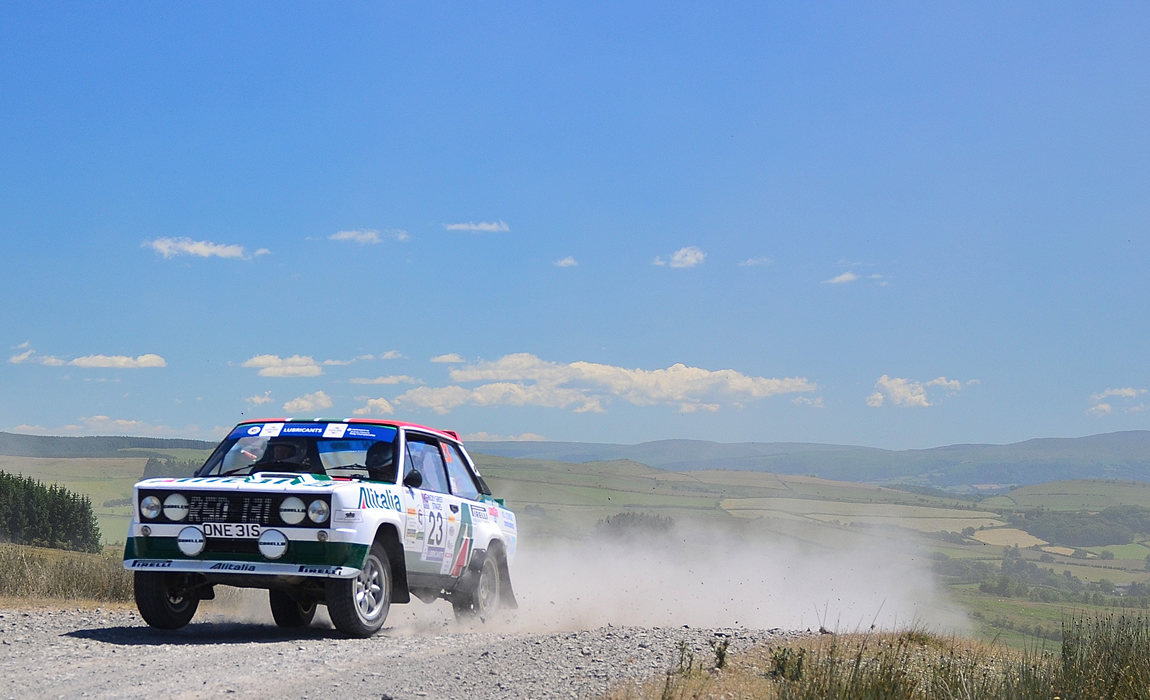 Robert Gough, who also got involved in the fight throughout the day, rounded off the third spot on the Historics podium a further 6.1 seconds down on Elliot, despite also having a scare in the first run through Halfway Forests.

Jackson (99) also leads the two-wheel drive standings, just 7 points ahead of Ashley Davies (92), with previous 2WD leader Boyd Kershaw, dropping down to third after having a torrid Grist when his MK2 Ford Escort cut out and refused to start at the end of only the first stage.

For a full list of results please visit: https://wnrc.wamc.org.uk/

The Pirelli Ravenol Welsh National Rally Championships takes a short pause in the proceedings before resuming at the Woodpecker Stages, in Ludlow on 3rd September. Where the organisers, The Sixty and Worcestershire Motor Club have already received a bumper list of 150 competitors, all waiting to compete on the Gravel Forest stages that border England and Wales. 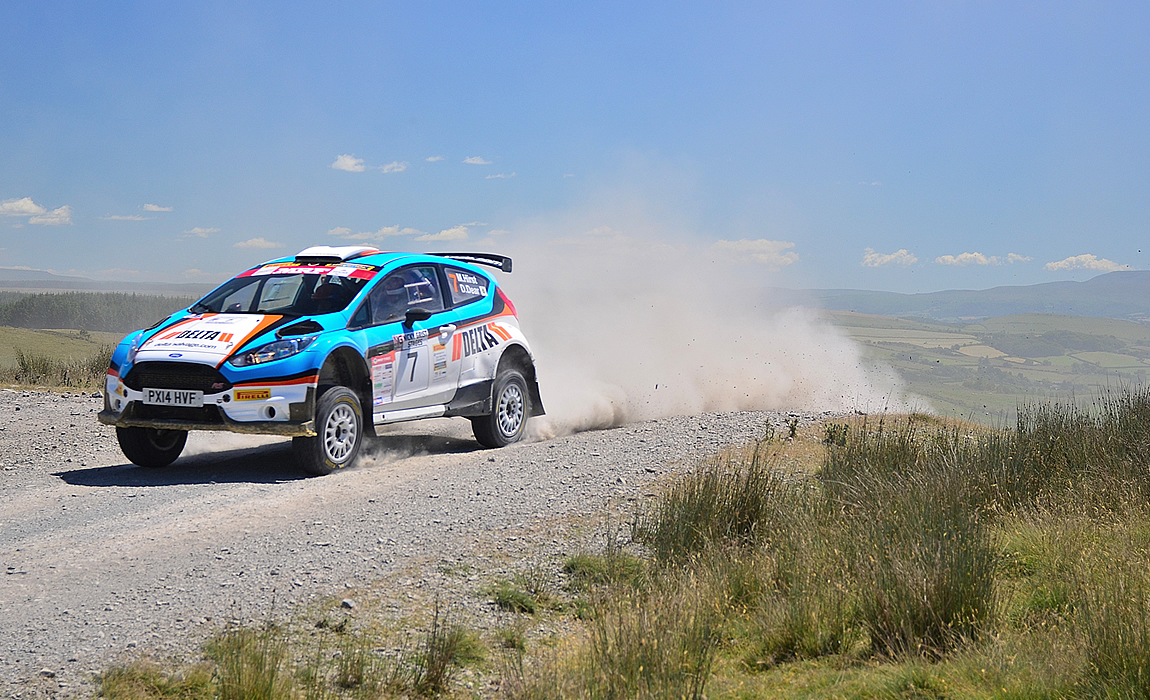