The Motorsport UK Pirelli Ravenol Welsh Rally Championship arrived for its annual “Tour Of The Dean” for the sixth and penultimate round of the 2022 season at the Wyedean Stages Rally. 40 competitive miles were laid out over some of those vintage stages in and around the somewhat autumnal vista of The Forest of Dean. With entries limited to just 90, some of the Welsh National regulars, unfortunately, did not get a run at this compact FOD Motor Club organised rally. However, the headlines from the event was that two of the titles were indeed going to be wrapped up.

Last time out on the Woodpecker Stages, local Ludlow lad Perry Gardener won in his own back garden, following Championship leader Matthew Hirsts’ exit from the rally in the afternoon. After leading over the morning loop, Hirst and Co-Driver Declan Dear were forced to retire after suffering from a damaged track rod arm, they still, however, enjoyed an 18-point lead in the standings over Bob Morgan on arrival at the Wyedean. 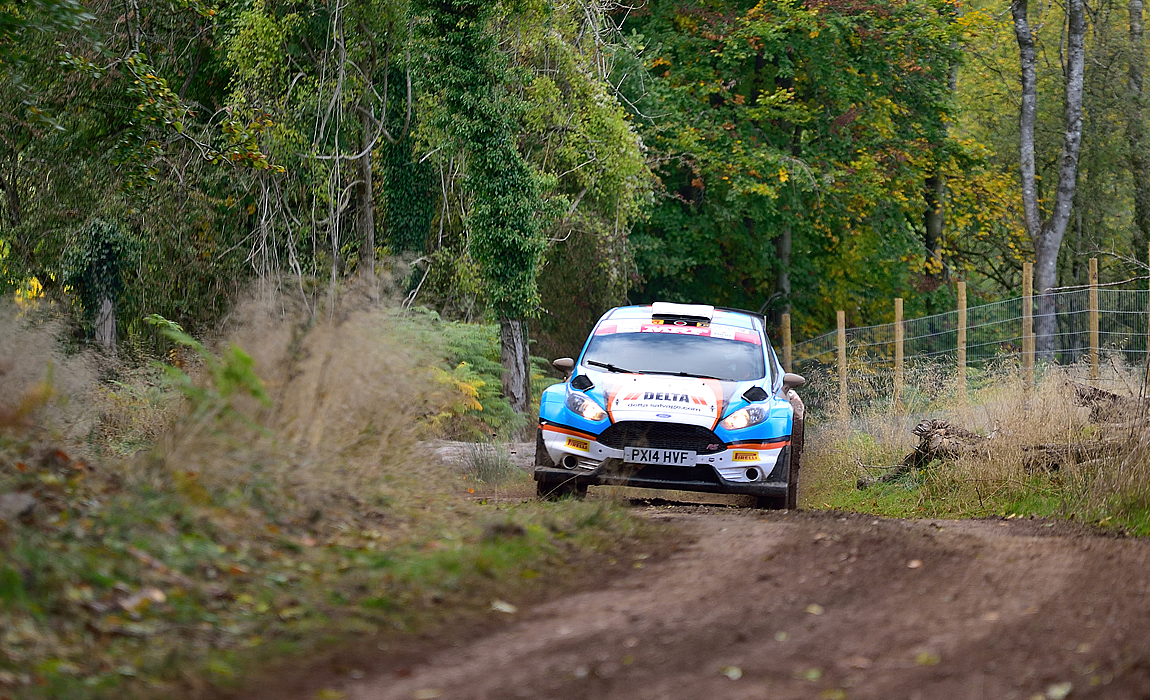 The rally got underway with a 5 miler in the Serridge enclosure where Hirst and Dear got their quest to secure the title off to an ideal start, by posting a time in their Ford Fiesta R5 that was some 13 seconds quicker than his closest rival, Morgan in the Skoda Fabia R5.

Across the road in Speechhouse Hirst set about stamping an early authority over the rally, his second stage win added a further 6 seconds to his lead, but now it was over Rob Wilson in the EVO VII. 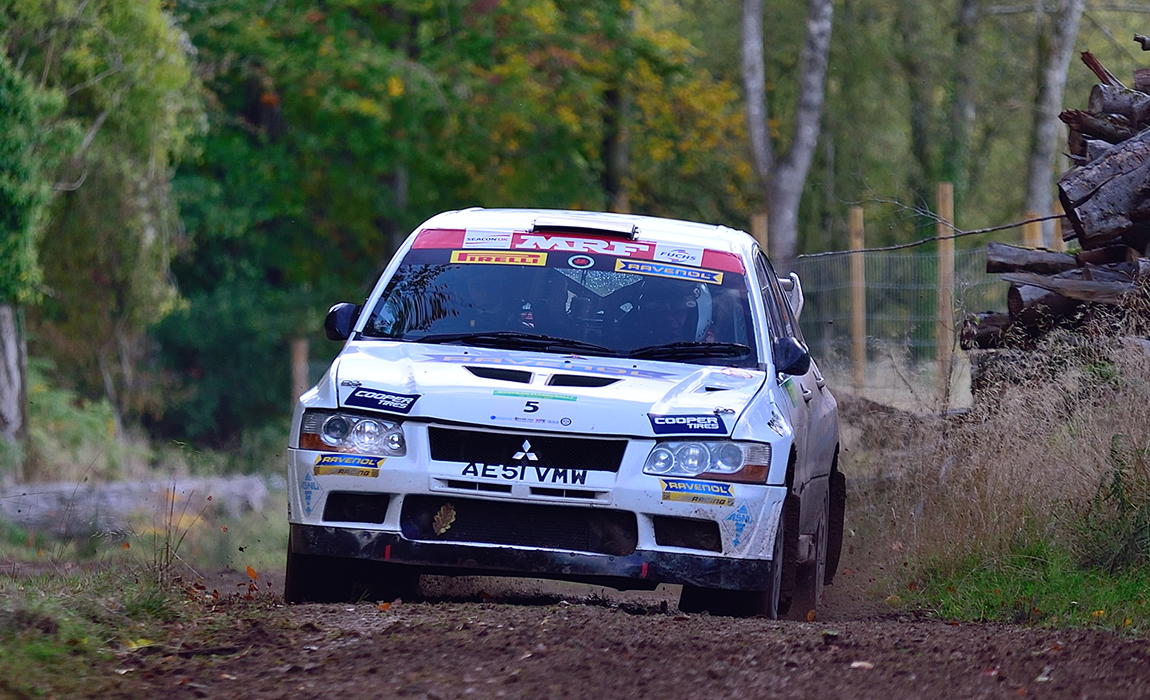 But Wilson was able to come back at Hirst in the final stage of the morning loop in SS3 Blaize Bailey to reclaim three of those seconds back. However, Hirst and Dear were on track and heading back to the mid-day service with a 19 seconds advantage. 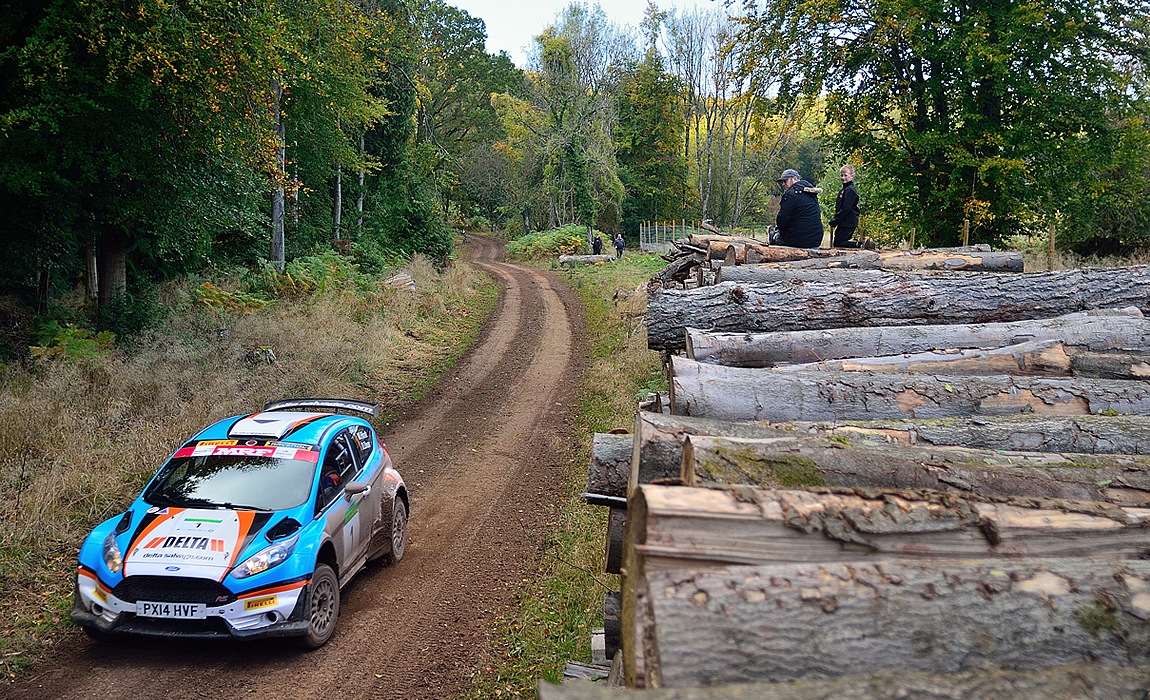 Back out after service and Bob Morgan had found a little bit more speed in that Fabia; he picked up the fastest stage time for the repeated run through Serridge. However, he was still more than a minute off the pace and down in third behind Wilson; that burst of speed was also short-lived as the very next stage in Speechhouse Morgan dropped off the pace a tad.

Matthew Hirst and Declan Dear powered on through the afternoon’s loop of stages, netting the final three stage wins of the event to not only take to the top step of the podium for the rally win but to also claim the 2022 Welsh National Championship title, his second Welsh title (first in 2019). 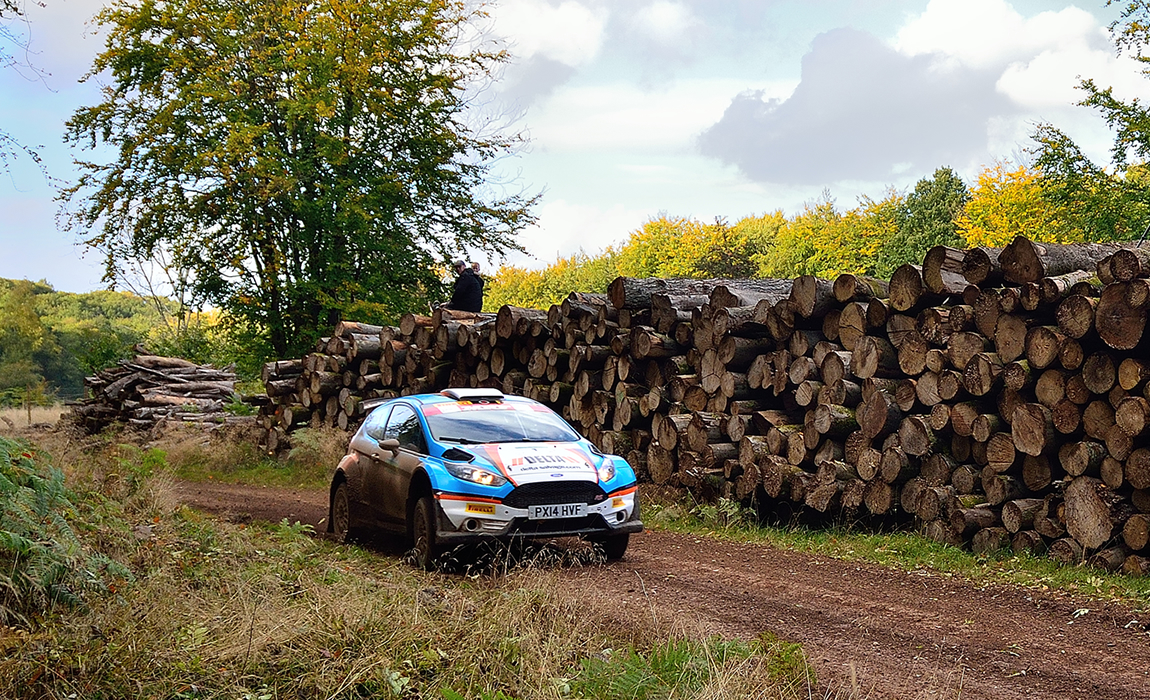 With the exception of the Woodpecker, the pair have had a wonderful Welsh season, scoring maximum points on all but that one event. The newly crowned Champs can go to the season final in North Wales at the Cambrian with the pressure off and can simply enjoy it.

Behind our 2022 victors, Rob Wilson alongside Co-Driver Martin Haggett pushed their Mitusbishi EVO V11 as hard as they could but was simply outpaced by the Fiesta R5 of Hirst. Finishing second with well over a minute in hand to Nik Elsmore and Rob Fagg who rounded off the podium in their EVO IX. 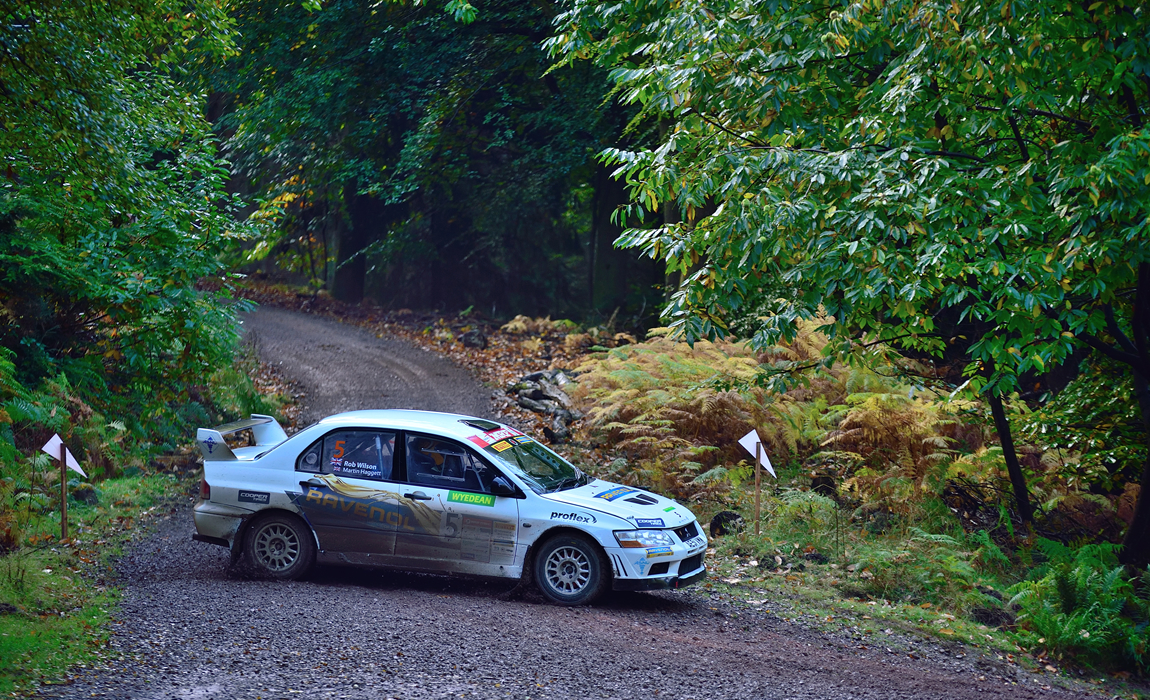 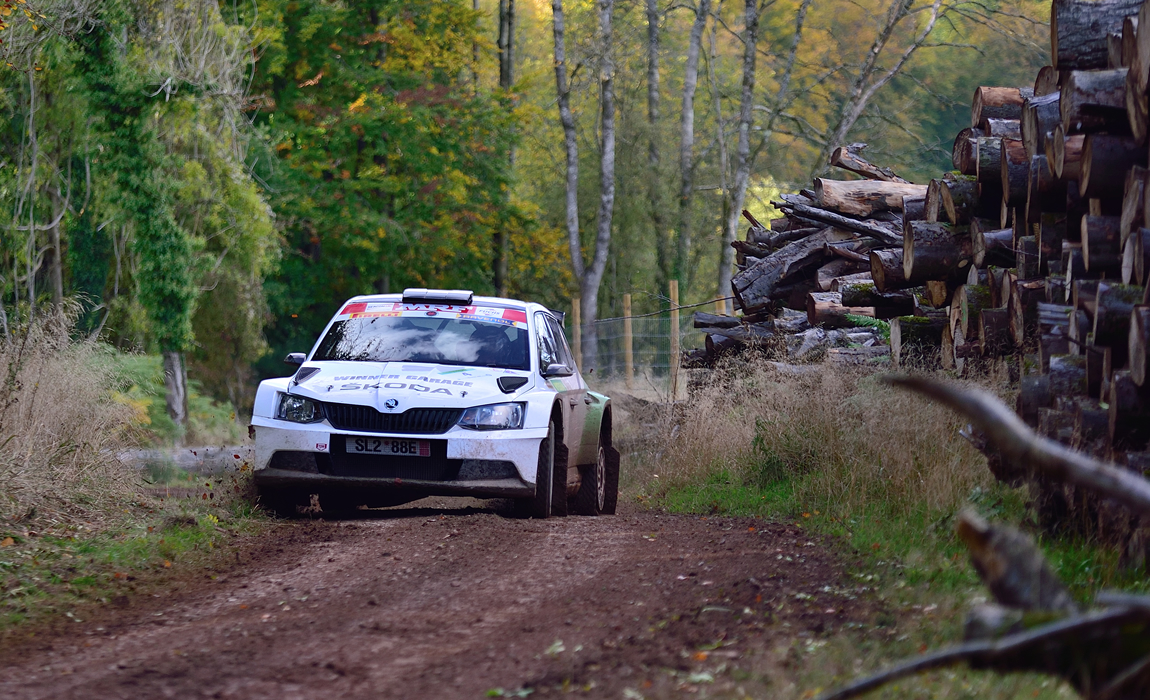 Elsewhere in the Welsh Two Wheel Drives, it was a Ford MK2 Escort lockout on the podium. Arriving in “The Dean” with an 8-point deficit to Matt Jackson, The Flying Kiwi Boyd Kershaw who secured his third win of the season last time out on the Woodpecker would be looking to secure the Welsh title this time around. Jackson, however, would not be making an appearance on the Wyedean, and so Kershaw would have to seize the opportunity. 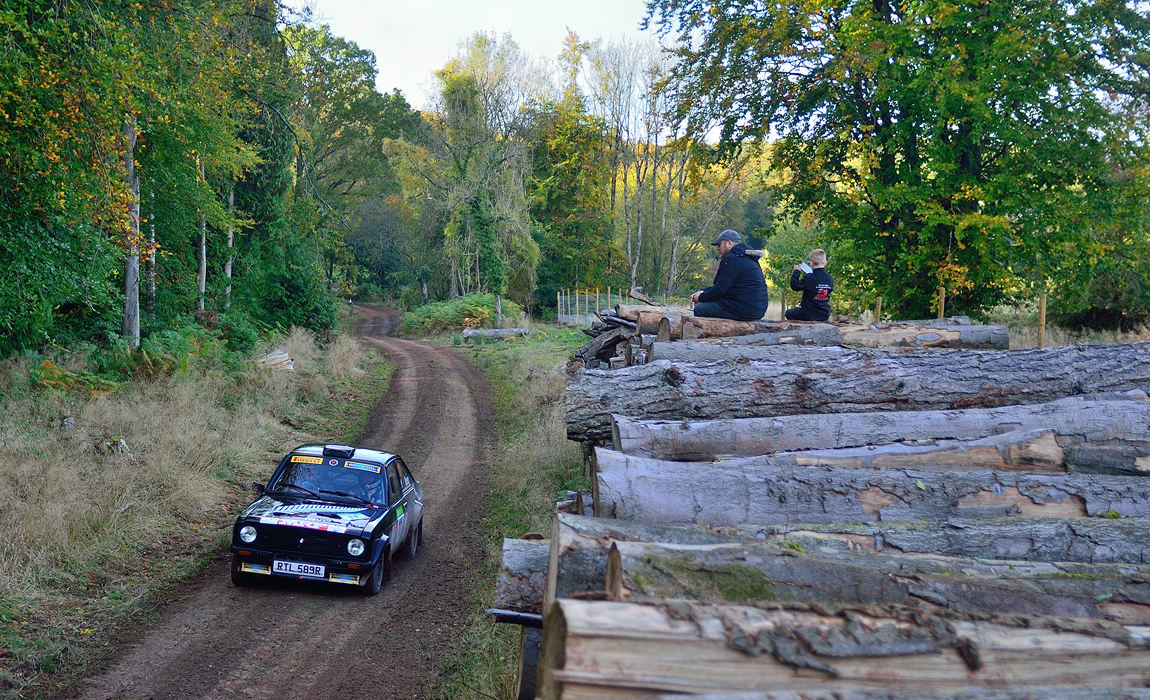 Kershaw alongside Co-Driver Keegan Rees at first, appeared to do just that right from the get-go. By posting their first stage win on the opening 5-mile test in Serridge, the pair had set off on the right foot with a time that was 6 seconds faster than both the Escorts of Geoff Phelps and Tim Jones who stopped the clocks on identical times. 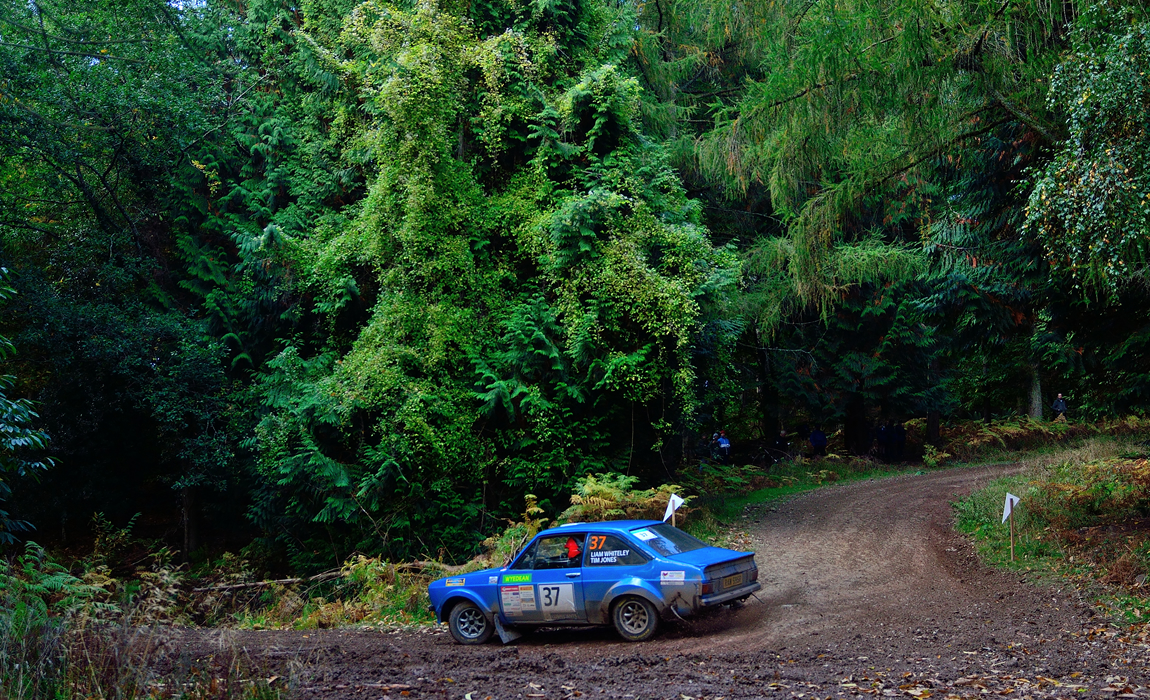 However, Kershaw was not able to follow that up in the next one through Speechhouse, it was Tim Jones who retaliated, pipping Kershaw by 3 seconds. Jones was a repeat offender in the final stage of the morning loop, Blaize Bailey to claw back another three and the pair were heading into the mid-day service halt tied on identical times. 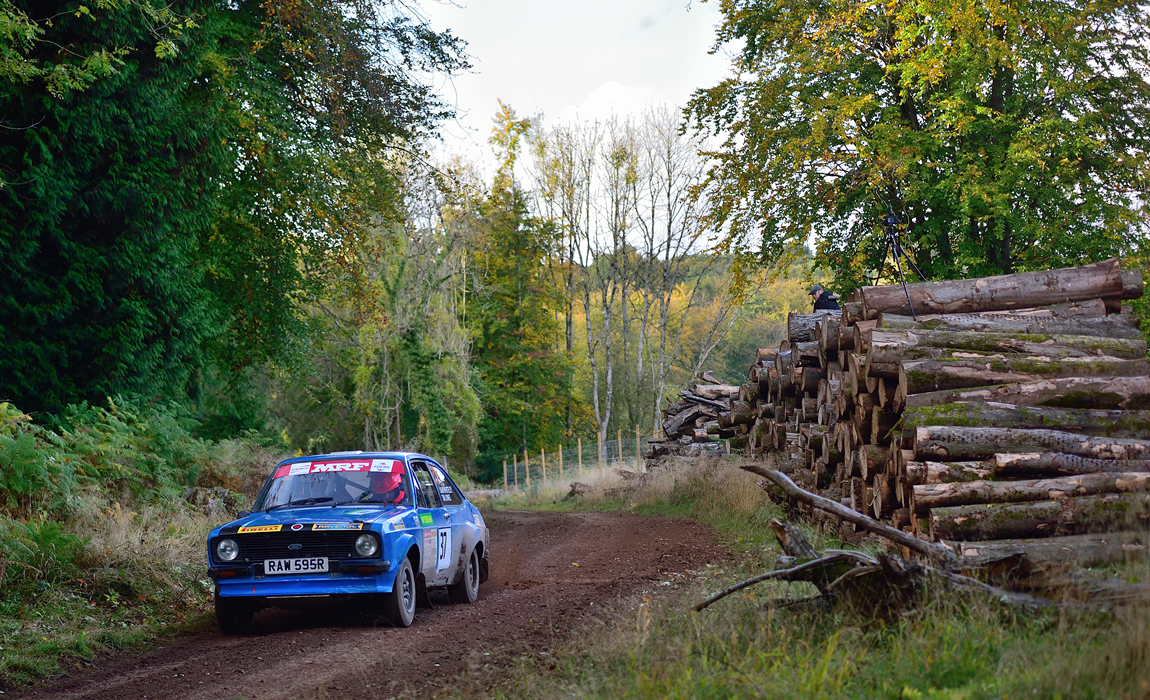 Kershaw came out strong from service to pick up two stage wins in a row to rack up a 21-second lead over Jones heading into the penultimate stage of the rally. Jones and Co-Driver Liam Whitely just had enough within themselves to grab that Penultimate Stage win in Blaize Bailey but Kershaw and Rees were heading into the final stage of the rally with a 20-second buffer. 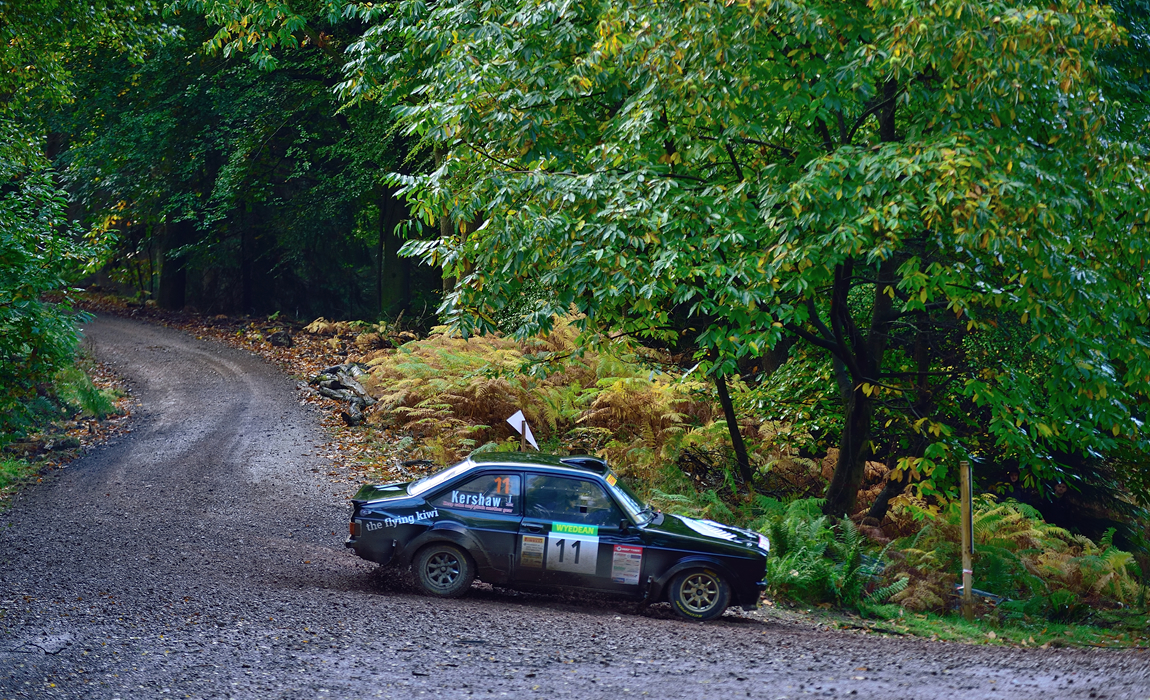 The pair would emerge from the final run through the Speechhouse test victorious, securing not only their 4th win of the season but also taking the 2022 Motorsport UK Pirelli Ravenol Welsh Rally Championship Two-Wheel Drive Title.

With the absence in the likes of Nick Elliot, Robert Gough or Matt Edwards; Irishman Micheal McDaid was left to lead the Historics away. Making his first-ever appearance on the Forest of Dean stages, McDaid alongside Co-Driver Declan Casey was the first of our historic crew’s home in their MK2 Ford Escort RS1800. 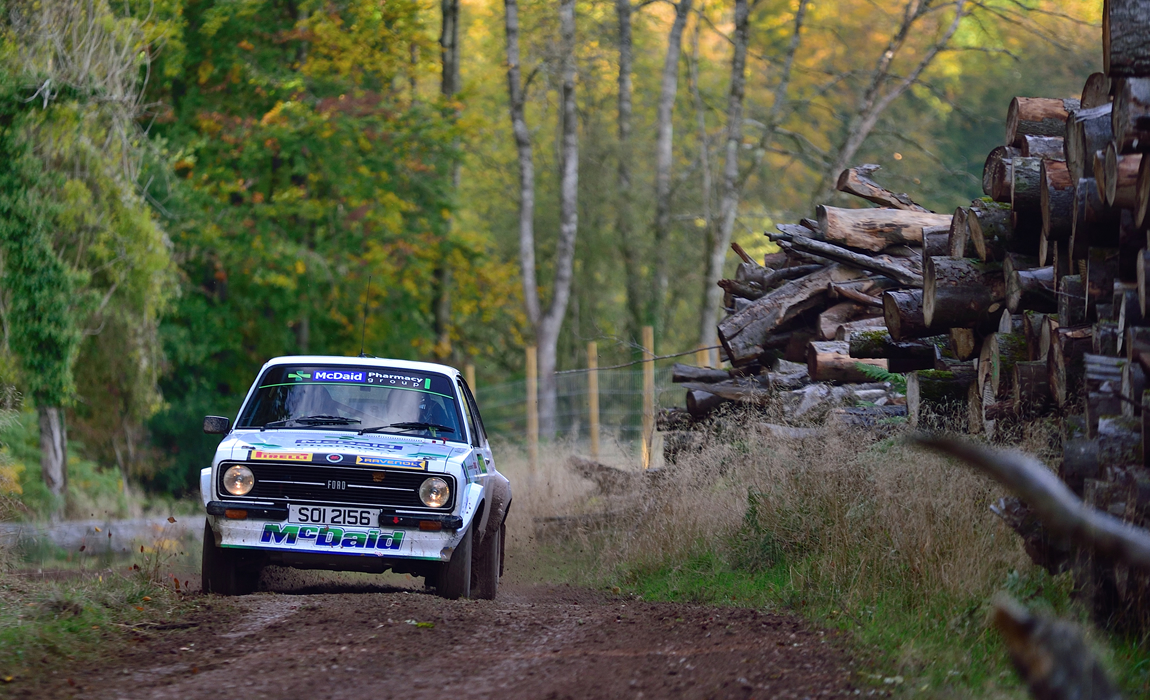 Finishing a magnificent 6th overall and earning the top W8 class honours, McDaid & Casey brought it home ahead of the father and son pairing of Ben & Stephen Smith in the MK1 Escort. 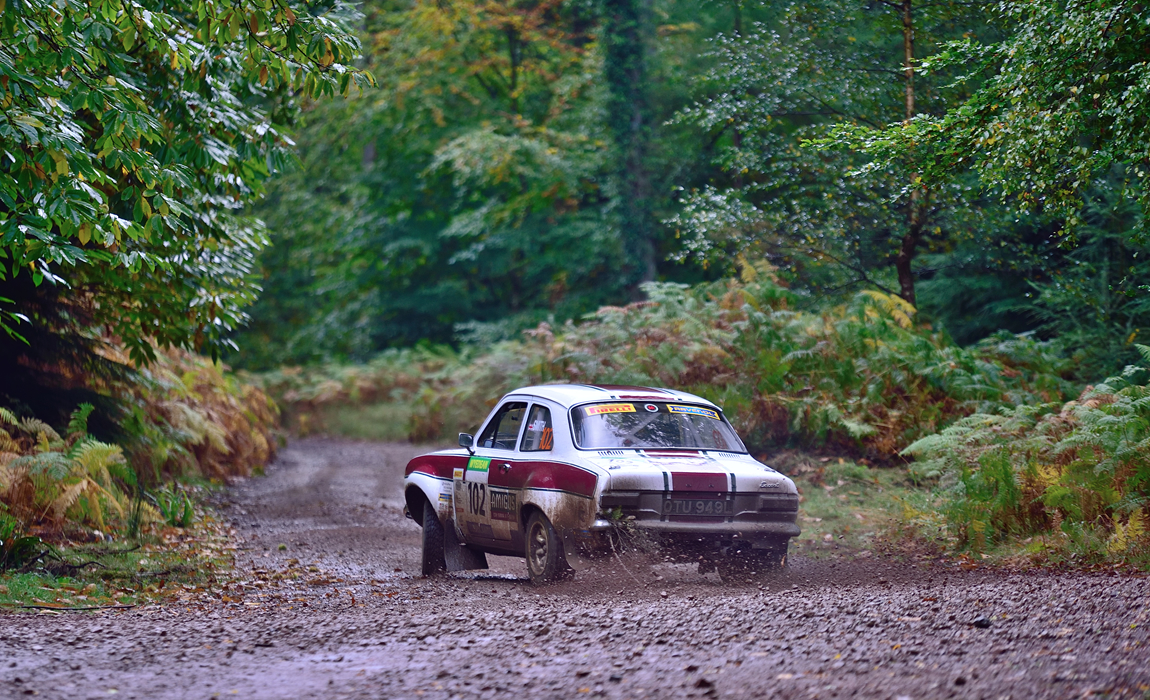 The Smiths who were also having their first attempt at the Wyedean had secured their third W7 class win of the season.

McDaid now takes up the top spot in the W8 Class standings, Andrew Stokes and Jonny Tad Evens were W8 runners-up in their MK1 RS1600 Escort, whilst Mr Consistent Neal James, who finished second in his MK2 Escort to Smith leads the W7 class standings heading into the final round.

Although we have our overall champ crowned and the two wheel drive title sewn up, there are still other awards to be had as the Welsh National heads to North Wales for a final blast over those World Class gravel stages at the Cambrian Rally (28th-29th Oct). 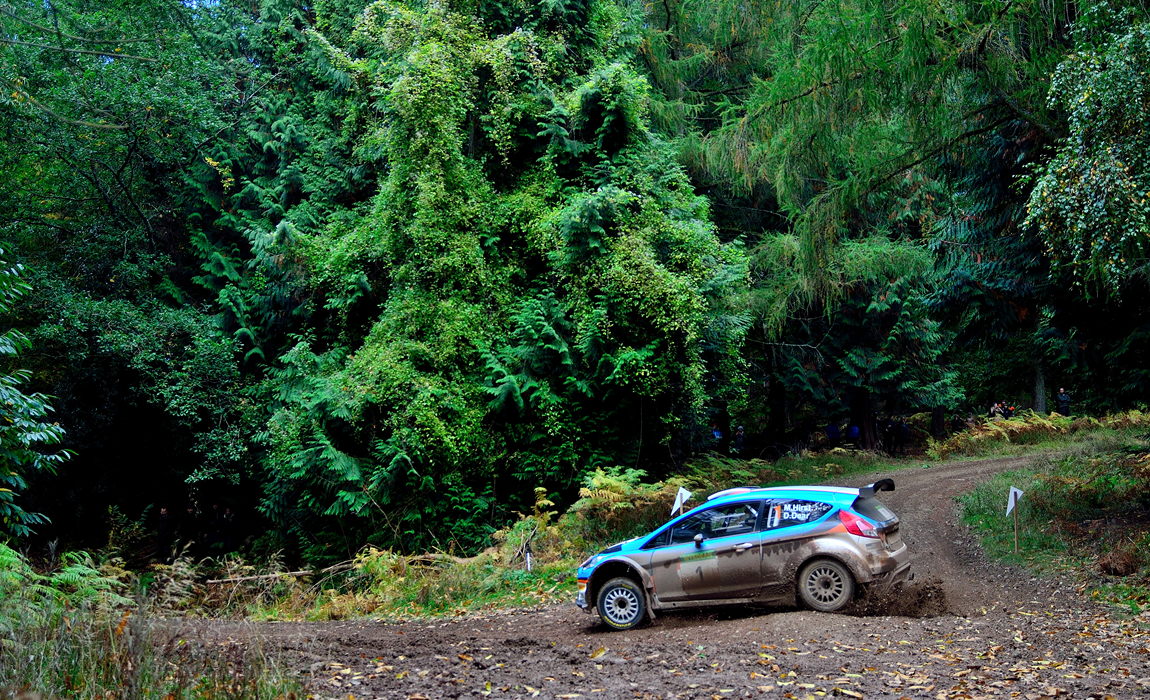