The 90th edition of the legendary Rallye Monte Carlo opened up the 2022 FIA World Rally Championship in the dawning of a new Hybrid technological era and my gosh what a start to this new season it was.

Although the conditions on the Monte this year were not the challenging wintery conditions that we have witnessed in the past, the drama and action that unfolded out on the stages more than made up for that AND it continued right into the final Power Stage of the rally. 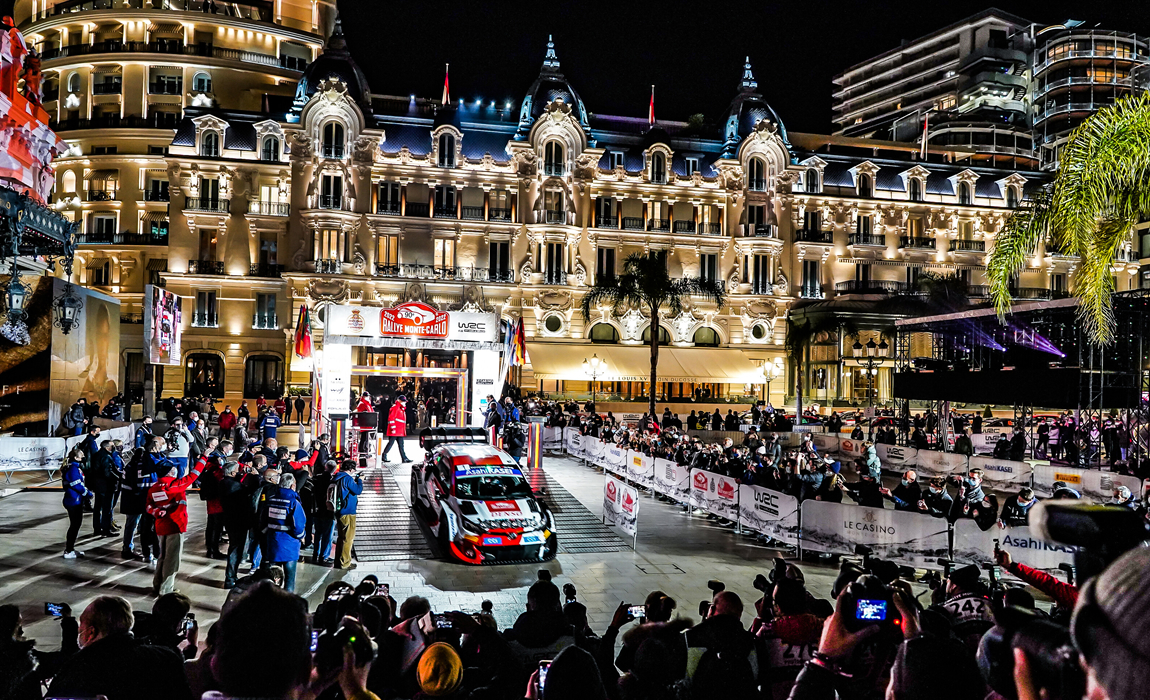 As tradition dictates, the action got underway on Thursday evening with two night stages with a pass over the iconic Col de Turini. Here is where eight times World Rally Champ Sébastien Ogier emerged from the darkness with the early advantage for Toyota Gazoo Racing.

The first full day of competition delivered a number of talking points, coming mainly from the M-Sport Ford team. It was a day of joy and pain for M-Sport where Sébastien Loeb who had been coaxed out of retirement by Malcolm Wilson was leading the rally.

The good news did not stop there, Britains Gus Greensmith had also scored his maiden World Rally Stage win on SS7, getting the better of eight and nine times World Champions outright is a good sign is it not? 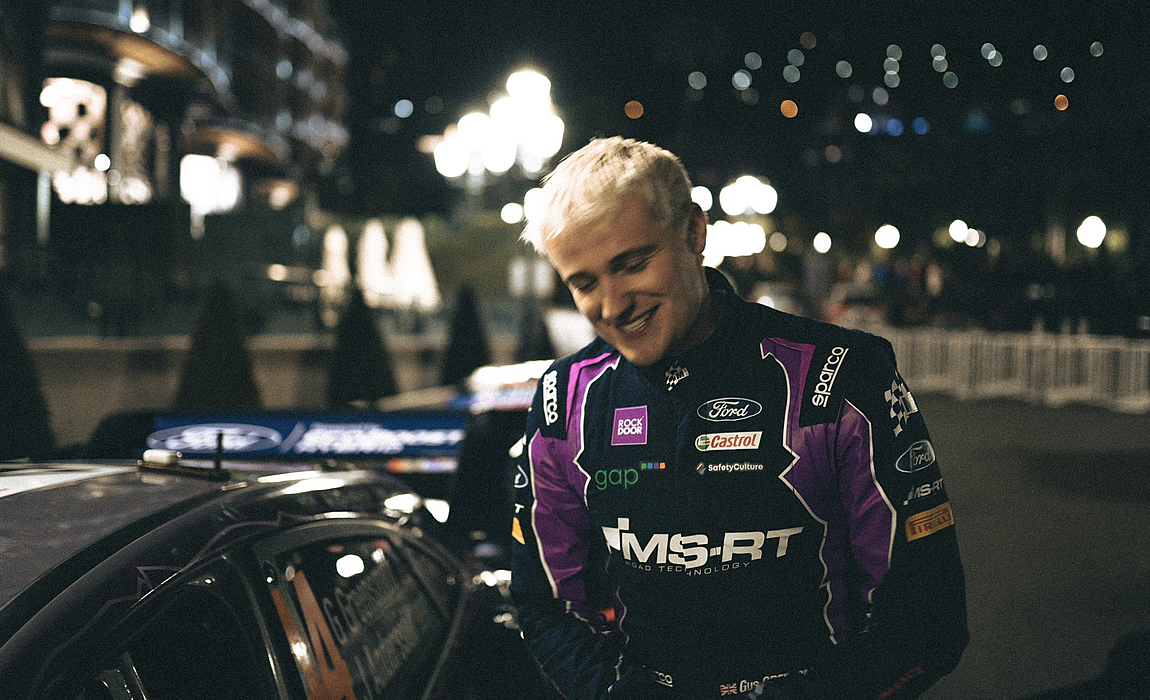 However, the pain for M-Sport came from Andrian Fourmaux, who had a big off wrecking his Puma. It goes without saying that team principal Richard Millner was not too impressed; opting to leave the young Frenchman out on a cold stage all day before sending in the team to recover him.

The story from Hyundai was one of a problematic filled Monte, plagued with technical issues from the off, their situation never seemed to improve throughout the whole rally. Day by day, stage by stage their drivers struggled with their i20 Rally1 cars, perhaps the team we’re paying the price for the Korean brands’ delay in committing to the WRC and their Hybrid programme? 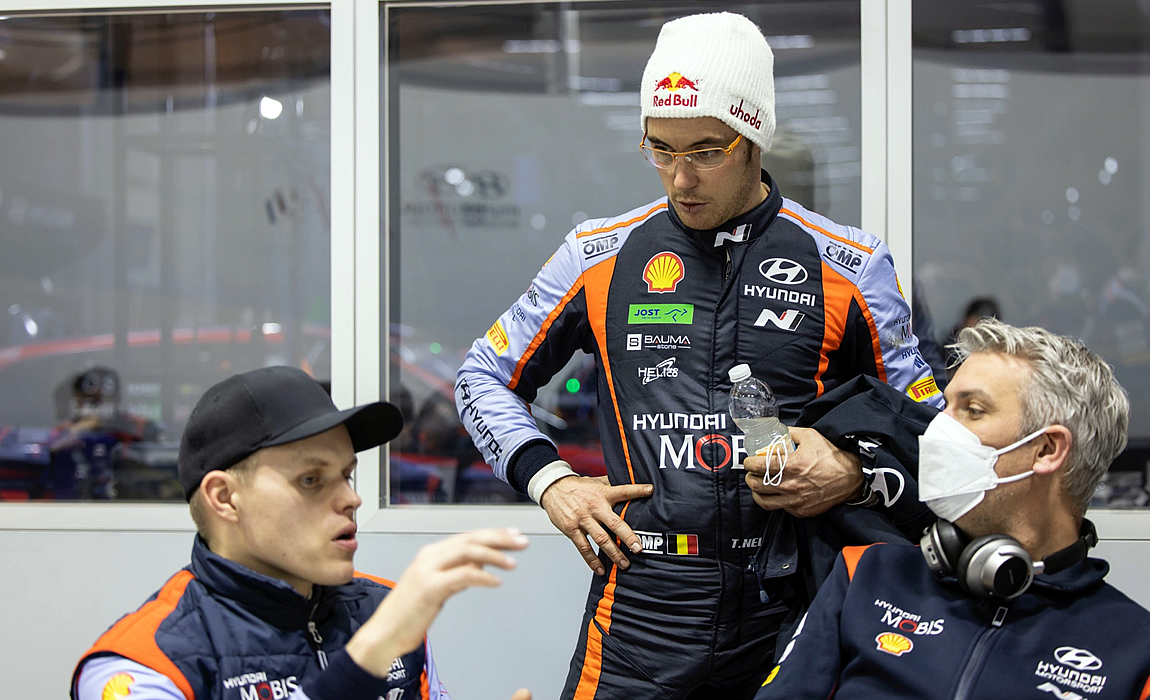 On the third day of action, the rally delivered bucket loads of drama across the field which seemingly intensified in the wintery Sisteron Stage. Ott Tänak was the first Hyundai to retire from the rally after an altercation with a rock face on that stage. Tänak had recorded his first DNF of the year and unbelievably for the third consecutive year at the opening round, The Monte.

Thierry Neuville wasn’t fairing up too well either, the Belgian was nursing broken suspension home to the end of the day which just about held up. Young Oliver Solberg who was fighting for fresh air in his smoke-filled car had an off on SS10 the second stage of the morning, so it was all-around disappointment from Hyundai.

Whilst Toyota’s part-timer Ogier was in the fight with Loeb for the rally win, Welshman Elfan Evans ended his Monte challenge on a cliffhanger causing a red flag on the first pass over the Sisteron stage. A small mistake had cost him what could well have been a podium place and the championship points that would have come with it. That mistake was not the way the lead full-time Toyota driver was looking to begin his Championship assault, now that Ogier had retired from the full-time game.

At the end of the third day of the competition, Sébastien Ogier was heading into the final day of the event with a 21.1 second lead over Loeb and was on the brink of his 9th Monte Victory.

However, on the penultimate stage of the rally, SS16 La Penne – Collongues 2 the possibility of that achievement for Ogier was turned on its head.

Ogier picked up a puncture with a good few kilometres to go, as the tyre started to delaminate the time was haemorrhaging away…. the lead of the rally was lost to Loeb and the faces of Ogier and Co-Driver Benjamin Veillas at the stop-line said it all.

With just one final blast over the Power Stage (SS17 Brianconnet – Entrevaux) to go, Ogier had just 14.26km to conjure up some magic and get back the 9.5-sec deficit that he now found between himself and Loeb. To say it was a tall order to win this one final battle was a bit of an understatement, even for an eight times Champ.

Ogier entered the stage ahead of Loeb and gave it his absolute all, but a jump start had ended any slim chance then and there. The time loss that Ogier incurred in the previous stage from that puncture along with this 10-second penalty for the jump start had confirmed his rival Loebs 8th Monte Victory.

“I can keep my head up. I did my job this weekend and that’s the way it is. Well done to the team, it’s been a good weekend for the first time with the hybrid.”

Ogier was absolutely gutted but for Loeb, he had just recorded his 80th career World Rally win, his first since Spain in 2018 with Citroën. His performance at the Monte this year has proved once again that the 47-year-old still has what it takes to win at the sports highest level and that perhaps he is the true GOAT when comes to the World of Rallying?

I feel really happy, I didn’t expect so much when I came here. It was a good fight, Ogier was really fast

But what a move by M-Sport Ford it was to hire the services of Loeb for the Monte! That move had not only secured their first win since 2018 but had delivered their best team performance since the days of Ogier, Evans and Tänak in 2017/18.

“It’s just been an incredible event, to come here everybody with the new cars and for it to battled out on the final stage” 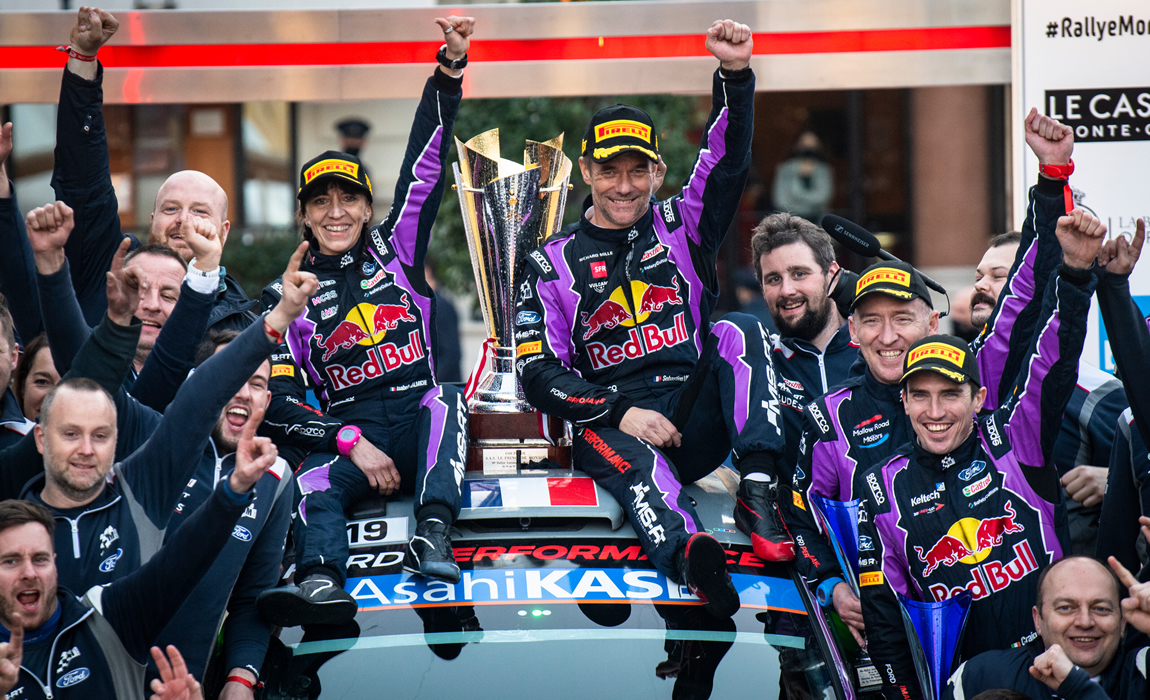 Next up for the FIA World Rally Championships is the Swedish Rally (24th – 27th Feb), hopefully making a return to the Worlds top tier of Rallying after a troubled couple of years. Rally Sweden will move North to a new base of Umeå in search of the white stuff and will be based entirely on new stages and roads which will put the current crop of drivers on a somewhat level playing field as if it was to be a brand new rally.