The second full day of the Acropolis rally began with just 3.8 seconds separating the top 3, Toyota’s Kalle Rovanperä was leading Ott Tänak with Sébastien Ogier close behind in third.

The opening test of the day, SS7 Pavliani was 24km long but the early morning conditions made for a moist surface and some likened the stage to perhaps more like Rally Chile rather than Greece. Rovanperä opened up the morning by beating Tänak by 5.6 seconds to take his first stage win of the day. 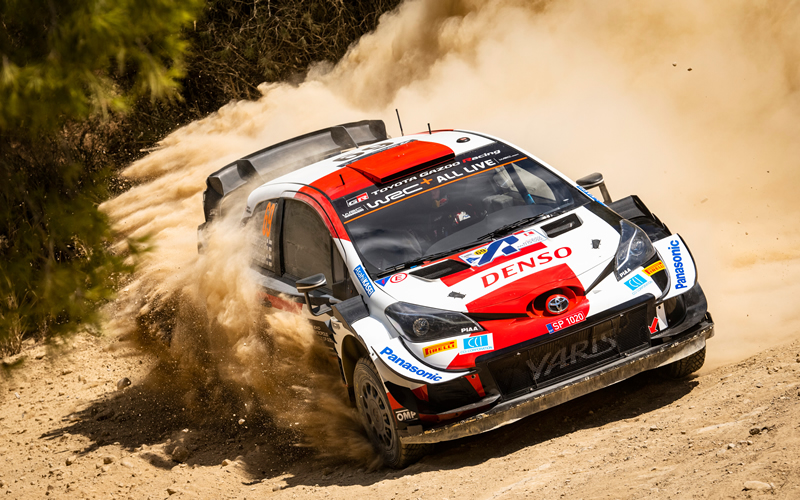 In the WRC2 class, Andreas Mikkelsen set about regaining the lead from his teammate, Marco Bulacia who led overnight. Mikkelsen did just that winning the first stage of the day by beating a super rallying Oliver Solberg by 1.4 secs. 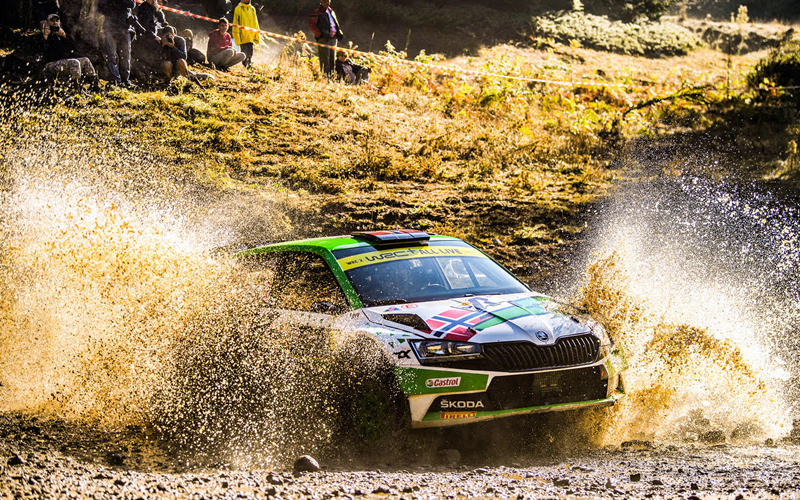 The second test of the morning was more typical of Acropolis conditions, SS8 Gravia at 25km in length was dry, but the air temperature was still not quite up there, so the tyre choice was a tricky one to make.

With reversed running order the cleaning effect produced noticeable faster times as the running order progressed. The last three front runners showed much better pace, Ogier, Tänak and then Rovanperä, who blitz the stage with the fastest time which was 7.5 seconds faster. This enabled him to extend his lead significantly by 16.8 seconds over Tänak. Oliver Solberg’s time was also significant over the other WRC2 crews, some 9.3 secs faster than Bulacia. 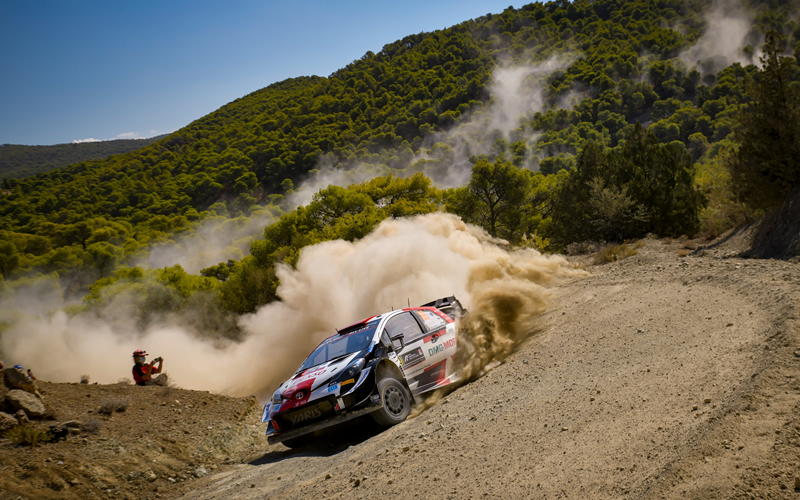 In SS9 Bauxites, the stage in which that memorable moment when Petter Solberg and Co-Driver Phil Mills were seen tightening the steering wheel at full chat mid-stage; the temperature was rising. The conditions were now completely different to the mud bath that was seen on recognisance. It was a similar story to the previous stage, with the cleaning effect having an impact on the times. Rovanperä used it to his advantage well, once again topping the timings. 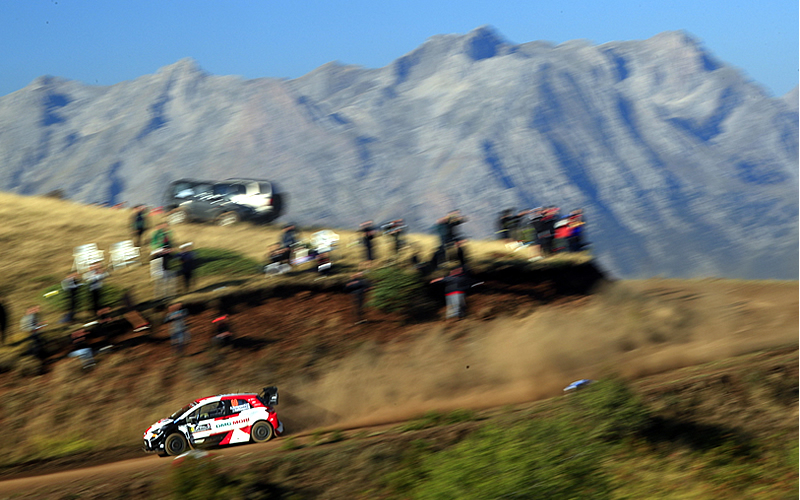 In SS10 Eleftherohori, Tänak dropped some 12 seconds to Ogier which closed the gap down significantly between the two in 2nd and 3rd respectively. Rovanperä continued to dominate the morning loop with yet another impressive stage win before the stage was red-flagged due to spectator issues. The young Finn’s lead had now increased to nearly 40 seconds heading into the mid-day service. 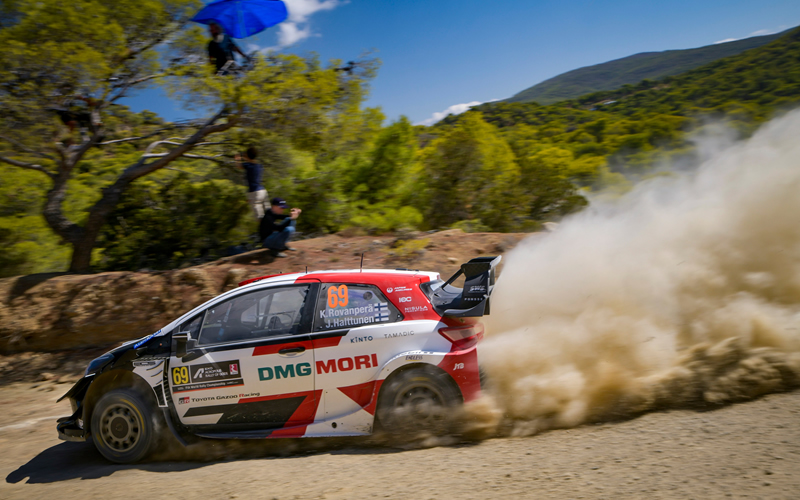 The afternoon loop was just two repeated runs over the Pavliani and Eleftherohori tests. Rovanperä had changed the set-up to his Toyota Yaris airing on the side of caution to give his Yaris a bit of protection. This slowed him down compared to his mornings lightning pace and allowed the fighting pair of Tänak and Ogier behind him to pick up some stage wins for themselves.

Ogier grabbed his third stage win of the rally but Tänak responded on the final stage of the day to end his day in 2nd overall with a 9.4-second gap to Ogier in 3rd. 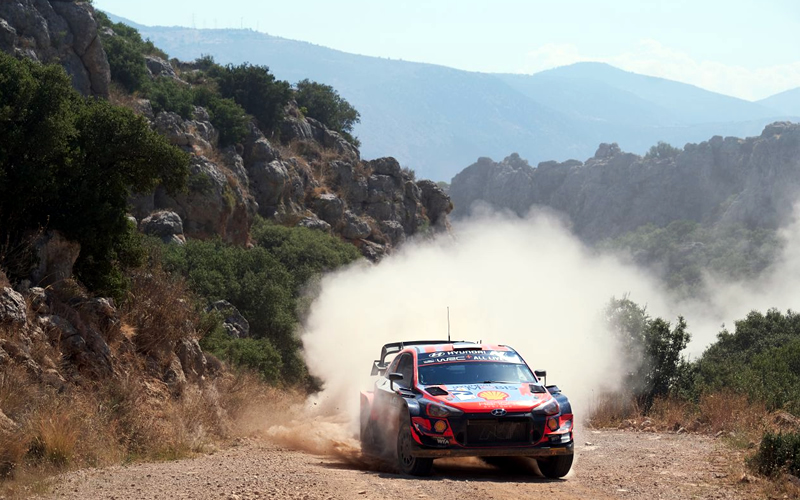 But Ogier did not need to take any risks, with his championship rivals in Elfyn Evans and Theirry Neuville laying in 7th and 10th overall, all he needs to do is to hold the position with one eye on the title. 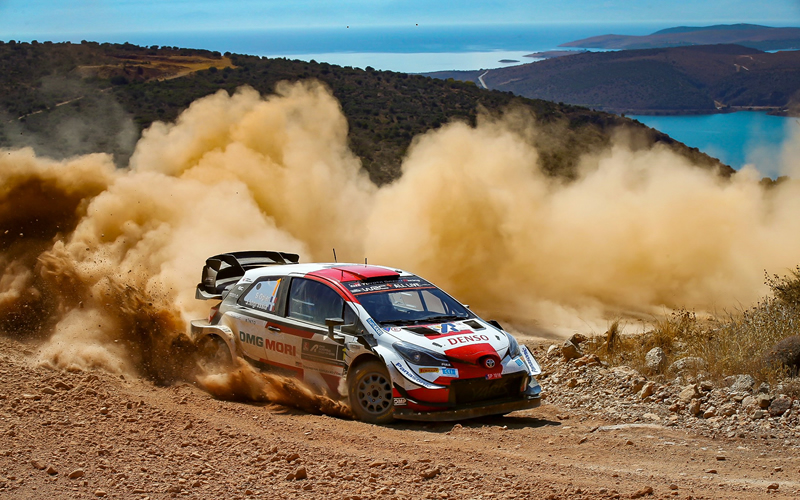 In the WRC2 class, the battle between TokSport teammates in the Skoda Fabia Rally 2 cars was fierce. After the mid-day service, Marco Bulacia came out fighting beating Andreas Mikkelsen on both stages of the afternoon loop. Bulacias regained the WRC2 lead and ended the day just 0.8 seconds ahead of Mikkelsen but Mikkelsen was sure that he would have the better tyre package for the final days’ action. 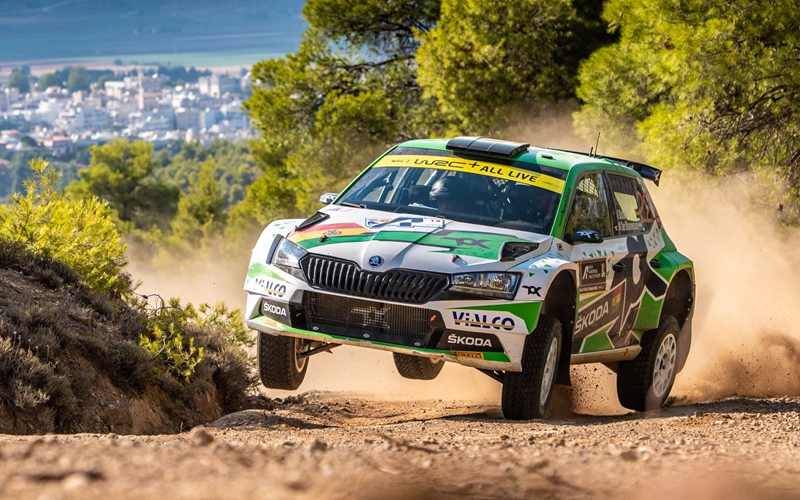 Kalle Rovanperä ended the day with a nice 30.8 second lead to Tänak heading into the final day which covers 70km across just three stages.