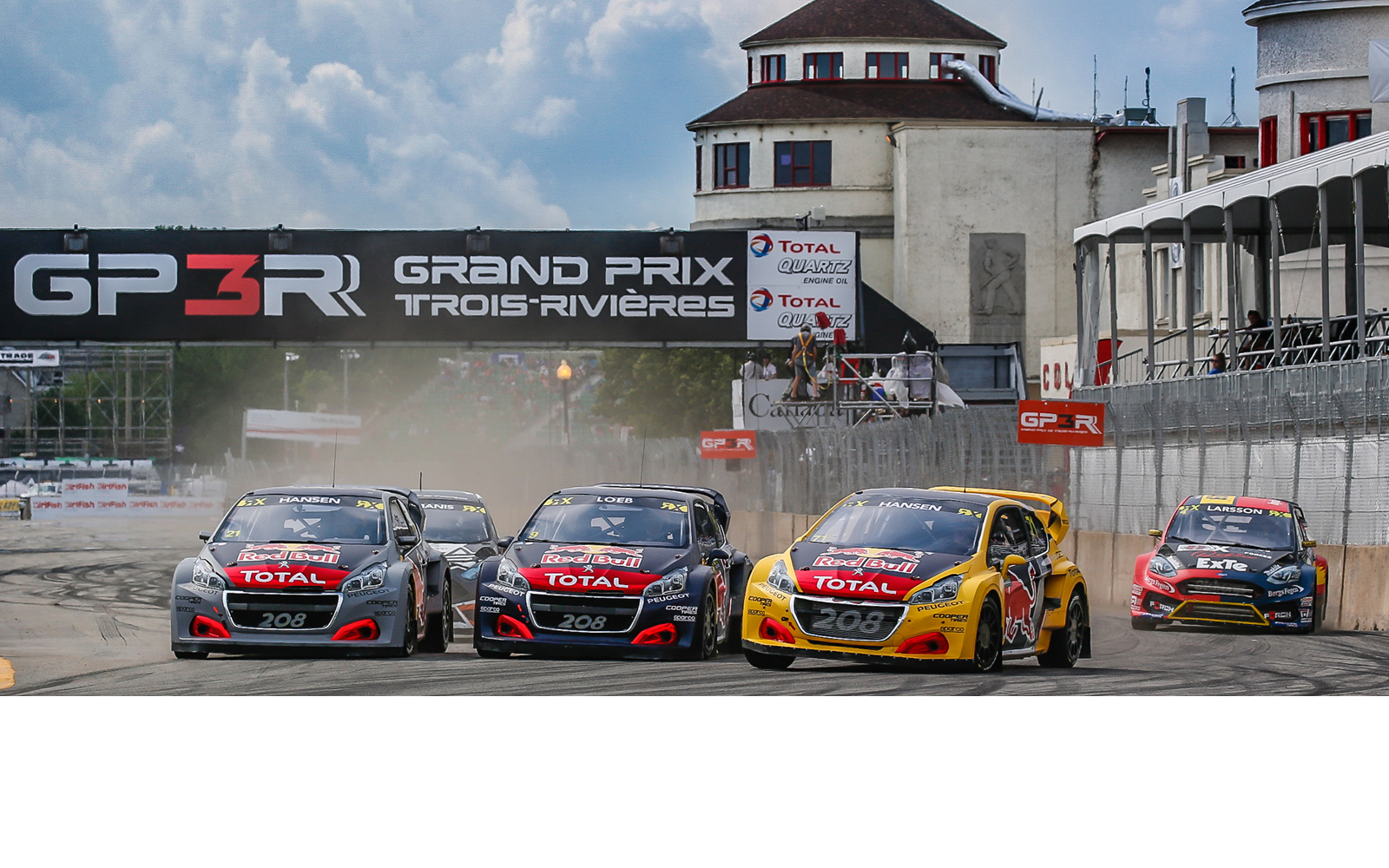 Canada plays host to the 7th round of the 2019 World Rallycross Championship. The streets of Trois Rivieres have been the backdrop to the series every season which means the teams and drivers are well versed with the circuit. It is still set to be a close weekend with at least 4 teams in contention for victory.

Only the 17 regular drivers have made the trip across the pond with Rokas Baciuska and Kevin Abbring still at GCK and ES Motorsport respectively while Jani Paasonen will compete once again for STARD alongside Janis Baumanis.

GCK will still bring 5 Renaults with GRX dropping back down to their usual entry of 2 cars. As expected, Sebastian Eriksson winner last time out will not join the field.

The 1.37km long circuit has not only the longest run to turn 1 but the longest straight on the whole calendar at just over 400 metres long. Engine power will have its biggest influence and every extra horsepower in these 600hp cars will make all the difference. Turn 1 is very wide before funnelling down to 2 car widths wide into turn 2. If the drivers can’t get in line a concrete barrier and tyre wall are there to catch anyone out on the apex of turn 2. A long gravel section including the joker lap are inside a horse track. After a short jump, the tight final sector is next before the car’s power out of the last corner to the finish. The whole track is surrounded by walls, most of them concrete, so even the slightest mistake will end in disaster. Unlike Holjes, there’s no danger of track limits being an issue. ARX and ARX2 will support the headline act so the track, especially the gravel section, should develop even quicker throughout the weekend.

The 5 editions of the event have seen 4 different winners with Timmy Hansen the only driver on the grid to have won previously. On that day Timmy beat Bakkerud by only 1 second.

Back in 2014 Anton Marklund and Timur Timerzyanov both stood on the podium when Petter Solberg became the first repeat winner of the championship.

That year the event took place over 1 day but it has since been extended to the regular 2-day format. Doran has only competed at the event once before and didn’t even make the semi-finals on that instance. Only Szabo, Paasonen, Baciuška and Abbring have never driven the circuit with rookies Raymond and De Ridder finishing 1-2 in RX2 back in 2017.

Kevin Hansen once again leads the championship but by only 6 points over his older brother.

Andreas Bakkerud will be looking to make up for a disappointing end to Sweden while Gronholm is on a role and despite missing 2 of the 6 rounds so far, sits in 4th. He is just over a round’s worth of points away from the championship lead so he will be looking to reduce that deficit come the end of racing on Sunday.