The FIA World Rallycross Championships has returned under its new promoter, Rallycross Promoter GmbH (Red Bull) for the opening round of the 2021 season. A few things have changed since the previous promoter IMG stepped away from the series, some changes of which will divide opinion amongst the fans and some which will have to be given the benefit of doubt.

An all-new lineup of presenters and commentary team has been formed (except for the retaining of Neil Cole), with some familiar and well-known names to cover the action on the all-new subscription platform RX+ All Live. This includes Martin Havan & Nick Fellows as lead commentators alongside the very knowledgeable and respected Hal Ridge, who many RX fans will know well. They, along with Neil Cole will be joined by the very familiar motorsport savi Molly Pettit and Ben Constanduros who will head up the presenting. 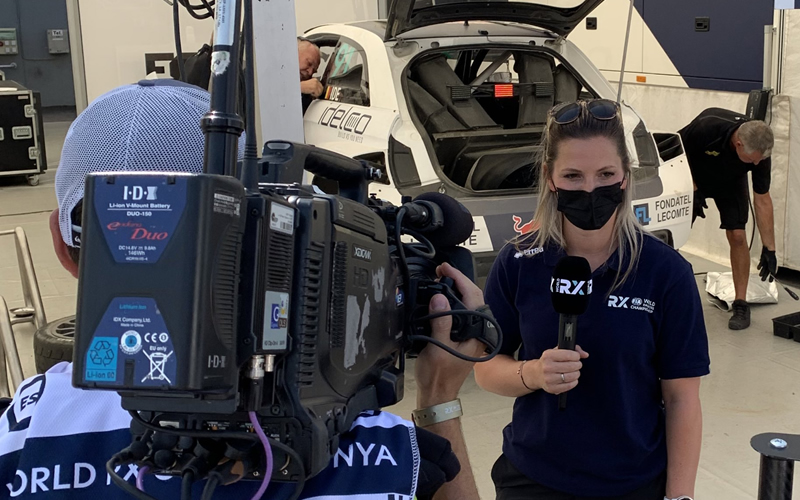 The paywall platform RX+ All Live comes as a bit of a blow to rallycross fans who had mostly enjoyed ample free streaming of content, but it was very much expected, considering the same platform exists for the World Rally Championships. The biggest blow however, is the loss of The Voice of Rallycross, Andrew Coley as lead commentator. After 7 years, 79 events and some 1793 supercar races holding the microphone as the fans favourite RX commentator, he moves onto the NRX – Nitro Rallycross. 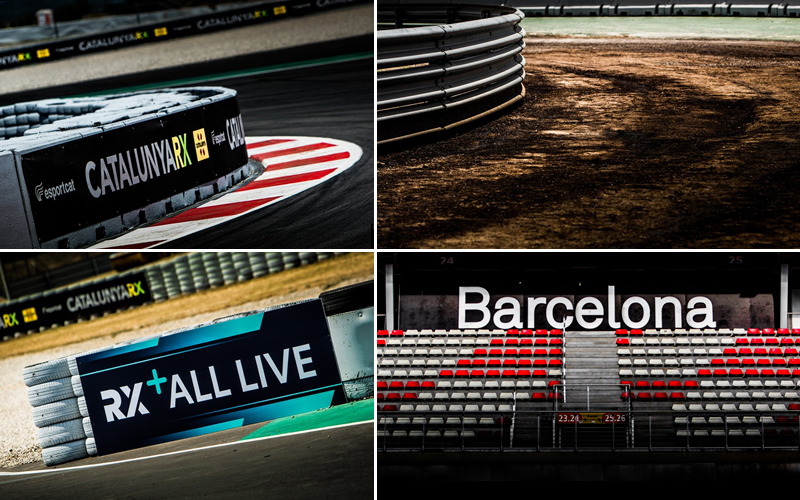 For 2021, six countries are expected to host World RX Championship events with the Circuit de Barcelona – Catalunya hosting the opening round. A World RX regular since 2015, Barcelona kick-started 2021 with 16 RX1 supercars appearing on the grid, 15 of which will be permanent drivers registered for the championship. 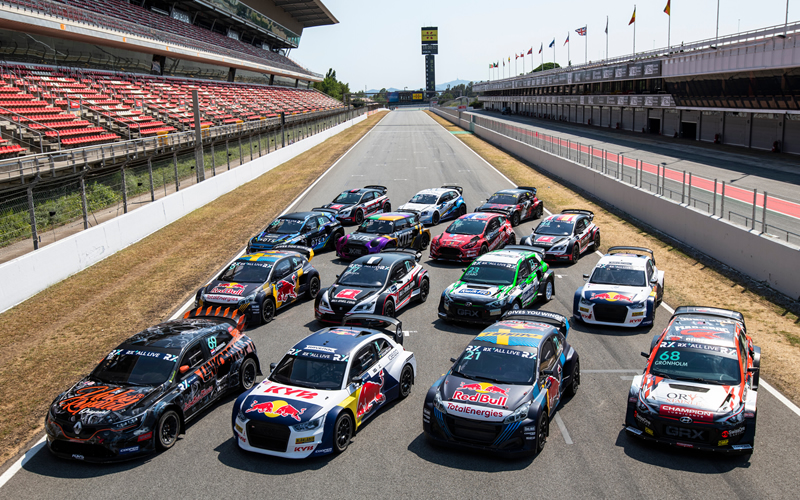 With returning drivers such as Johan Kristoffersson, Kevin & Timmy Hansen, Timo Scheider, Niclas Grönholm, Kevin Abbring and Oliver Bennett all returning to the championship there is however a shortfall. Many RX fans will note some of the big names that are missing; some have moved on to compete elsewhere such as Liam Doran and Robin Larsson but some were unable to put deals together to compete with the likes of Andreas Bakkerud having to sit out on the sidelines. Some of this is largely down to the absence of Monster Energy in the championship, a brand that invested so much in the World RX, teams and drivers was left with no option but to walk away when the rival energy drinks brand Red Bull took over the helm. 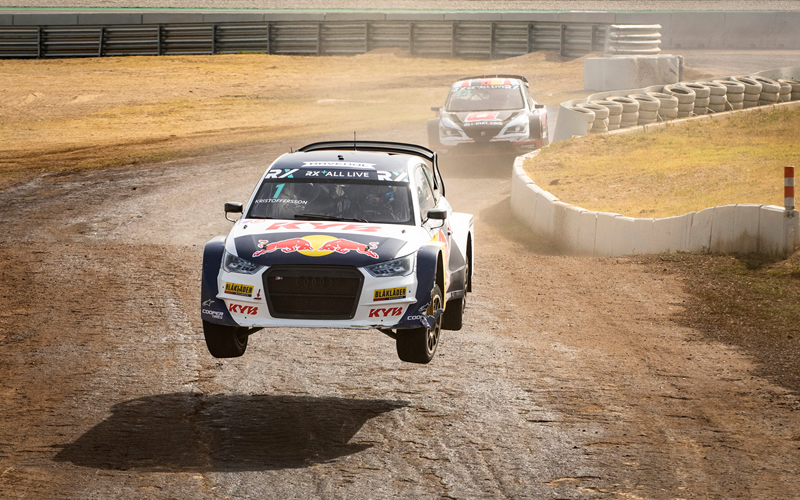 Friday, the opening day delivered our first indications of who was to be on the pace this season and it was no surprise that the returning reigning World RX Champ Johan Kristoffersson (who was now for the first time behind the wheel of an Audi S1) was very much the man to beat right from the off. The three-times World RX champ topped the leaderboard for both Q1 & Q2 on Friday; with his fellow countryman and World RX protagonist Timmy Hansen in second ahead of his teammate and brother Kevin in the pair of Peugeot 208’s. 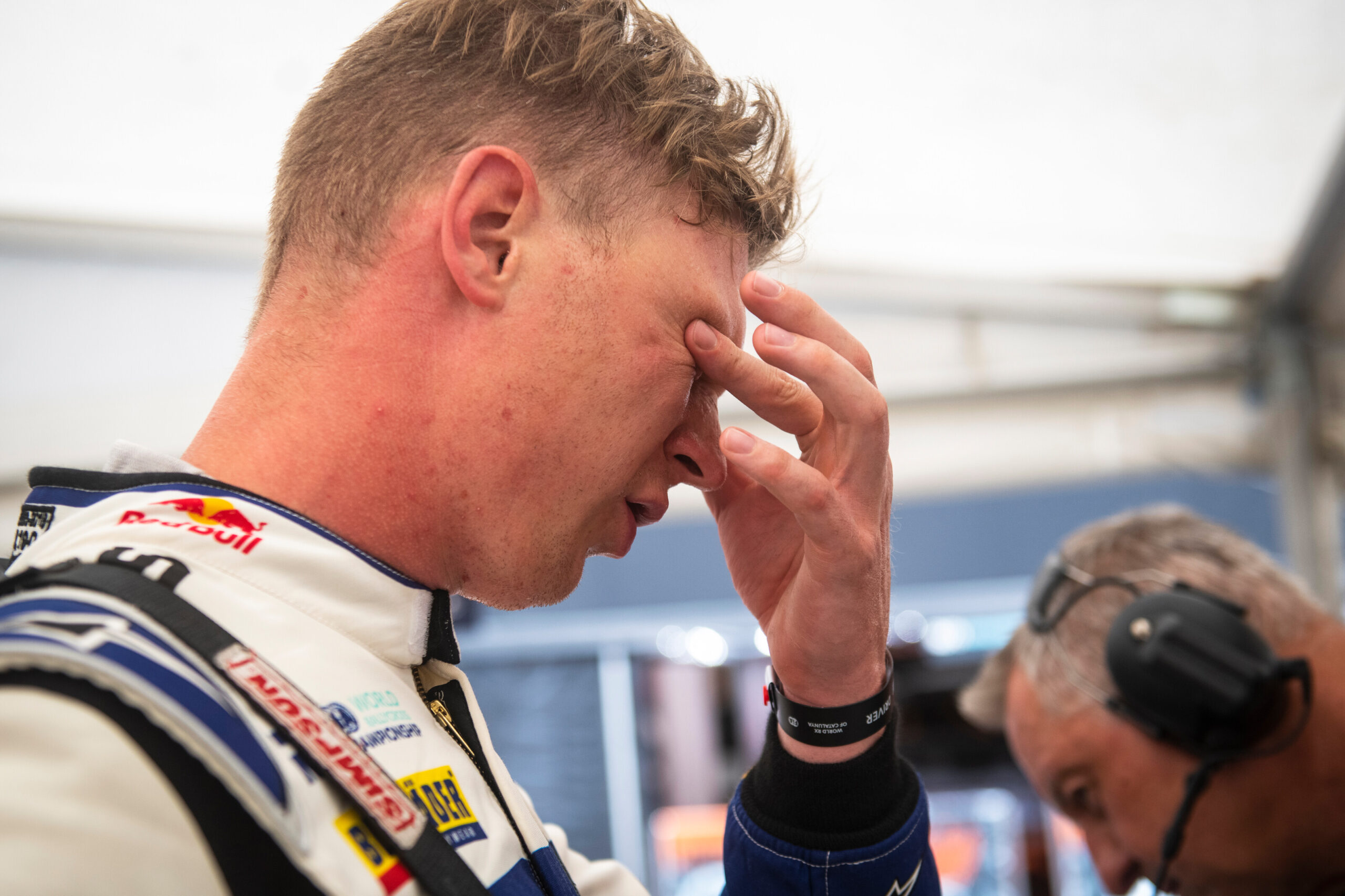 However Kristoffersson would later be disqualified from Q1 following a technical infringement where it would appear that the team (KYB EKS JC) may have failed to connect the FIA data logger device to the car. This unfortunate error has handed P1 & P2 over to the Hansen brothers with Timo Scheider in P3 heading into the second day.

The second day of the World RX of Catalunya will feature a further two qualifying sessions followed by the Semi-Finals and Final where the first winner of 2021 will be crowned.