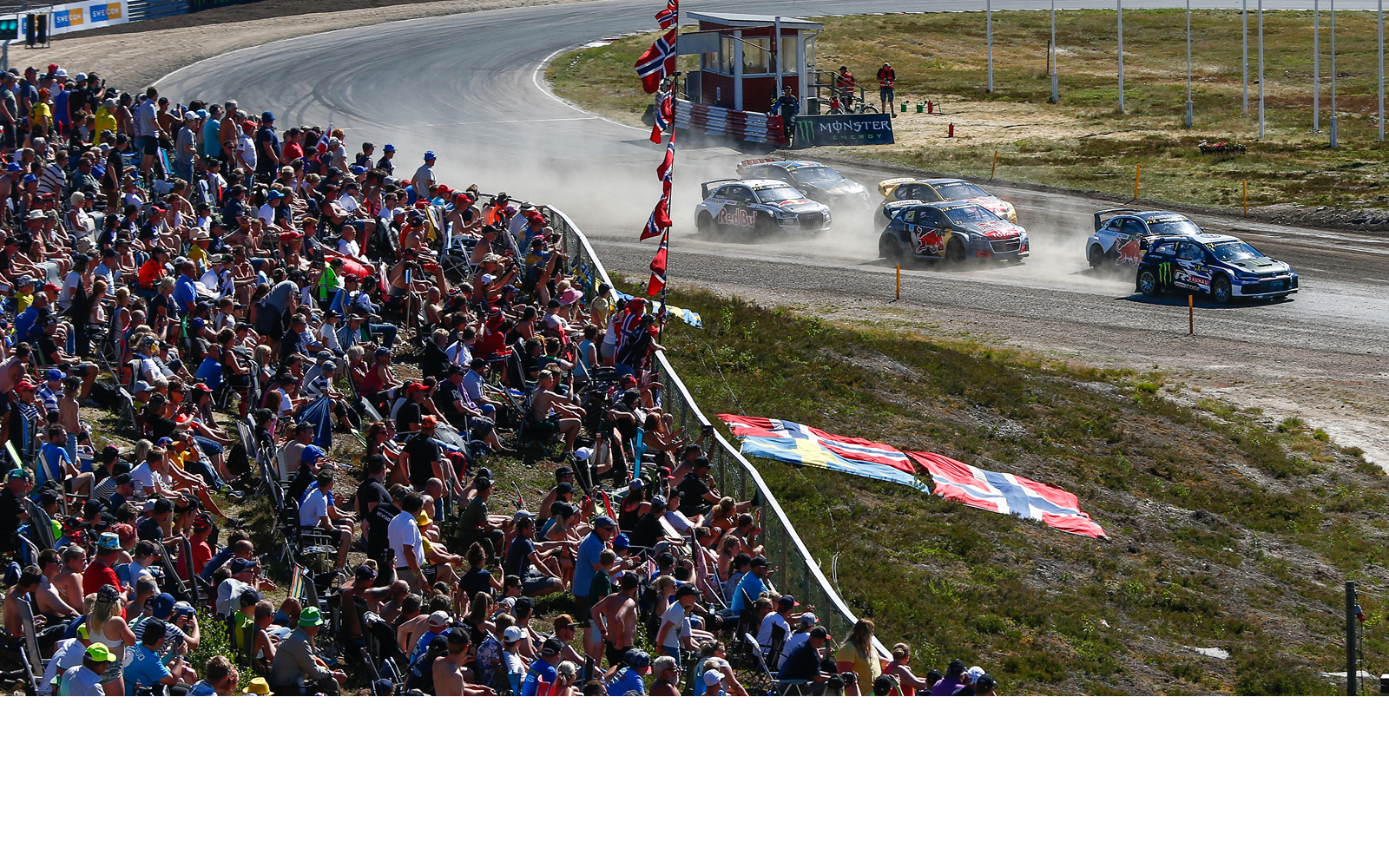 The 6th round of the World Rallycross Championship takes place this weekend. The 600 horsepower beasts are set to tackle one of the most popular circuits on the calendar. ‘The Magic Weekend’ sees tens of thousands of Scandinavian supporters flock to the Höljes circuit and is one of the last remaining classic rallycross tracks.

With its large amount of elevation change including a banked tarmac corner, Velodrome leading onto the back straight. Calling it just a weekend does not do the fans justice as many will arrive before Thursday and stay for a whole week of parties and the occasional rallycross as well. Most set up camp down ‘Happy Street’ with all manner of cars, trucks and caravans the home for the Swedes until the chequered flag falls on Sunday.

The 1.21km long circuit is 60% and 40% gravel with some of the loose section just after the start grid and just before the circuit’s biggest jump. The 6th gear flat outback straight leads into the fastest corner, a right-hander before immediately hitting the jump which leads into a tight hairpin and the finish. History has shown a last-lap lunge is more than possible but with varying levels of success over the years.

A full grid of 25 cars is set to take part with 25 supercars also in the EuroRX support series thanks to a number of local entries. As well as the now 16 regular-season drivers, ReinisNitišs returns to the car he piloted in Abu Dhabi to a semi-final spot. Finland’sJereKalliokoski will make his first of 2 starts for STARD. He is currently racing in RallyX Nordic which raced at Höljes for their first-round where finished 3rd in the second round.

That leaves 7 wildcard drivers, 5 of which race in the RallyX Nordic Championship. In 2 Olsberg MSE Fords are local drivers Kevin Eriksson, son of OMSE owner and Sebastian Eriksson who has no relation to his teammate. Swedish racer Philip Gehrman will make his WRX debut and is joined by Norwegian Kjetil Larsen to drive a VW for the first time since PSRX withdrew from the championship last year.

UlrikLinnemann is the first Danish driver in World RX history and will race the first-ever Honda in the championship. French Brothers, Jonathon and Fabien Pailler will also make the trip to Höljes driver cars than won a round each in the World Championship back in 2016.

Andreas Bakkerud and Timur Timerzyanov are the only drivers on the grid to have won at the highest level in Sweden with Bakkerud winning in 2016 and 2013 while Timerzyanov topped the podium back in 2012 albeit before the world championship came about.

Last year the current top 3 in the championship, Bakkerud and the Hansen brothers, all made it to the final so it is expected that all 3 are set to do battle for victory. The recent form of GRX drivers Timerzyanov and Grönholm cannot be ignored and Kevin Abbring after an impressive debut should be able to carry that speed forward.

Norway’s on the road winner Anton Marklund is driving the car that finished on the podium last year, albeit with Jerome Grosset-Janin at the wheel so he is at a circuit that suits his car. While the local drivers might not have the same specification of machinery as the top teams they have much more track knowledge with a doubleheader round of RallyX Nordic having taken place back in May. Each race is set to have 5 cars on track with 5 races per qualifying session so expect a number of incidents and accidents up and down the field as every driver fights for the victory.