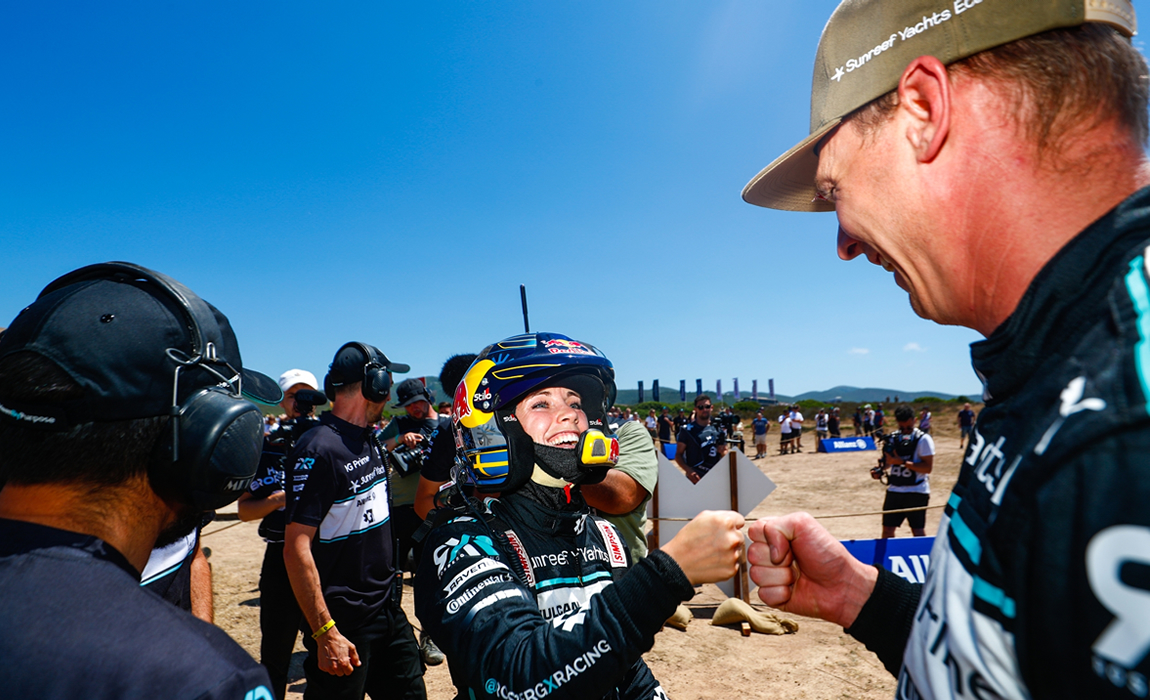 Michaela Åhlin-Kottulinsky and Johan Kristoffersson proved too good for the rest of the Extreme E field as they claimed their second win of the championship.

A final lap move from Åhlin-Kottulinsky on Jutta Kleinschmidt at the water splash was enough to see RXR cross the line in first place.

Nasser Al-Attiyah had put ABT Cupra in the lead of the race after the first lap, but Kleinschmidt failed to properly buckle her seatbelt before leaving the switch zone, and the distraction saw her struggle for pace, before eventually being disqualified by the stewards. 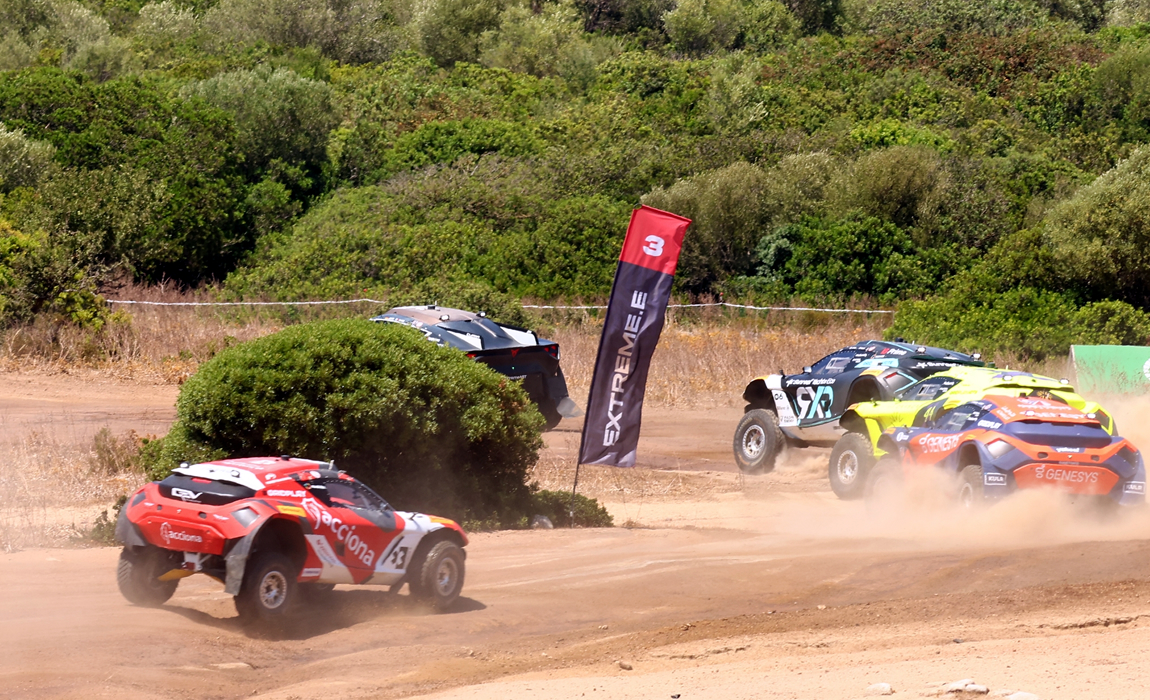 This promoted Team X44 into second place, followed by Genesys Andretti United in third – two strong results for teams who had suffered from poor luck throughout the week.

Stewards intervene once more in final

After the controversy of the Island X-Prix I, there were hopes that the second final of the week would be a much smoother occasion. However, following the completion of the semi-finals, it looked as if absolutely anything could happen from the start. Timmy Hansen, Al-Attiyah and Sebastien Loeb lined up in grid slots one to three, whilst the warring Johan Kristoffersson and Carlos Sainz started side-by-side in slots four and five.

Sainz had not held back in his comments following the collision between the two drivers in Thursday’s final which had left his car upside down and sent him to hospital. He had been accusing Kristoffersson of dangerous driving and berating the stewards for what he believed was a slap-on-the-wrist penalty of 30 seconds. 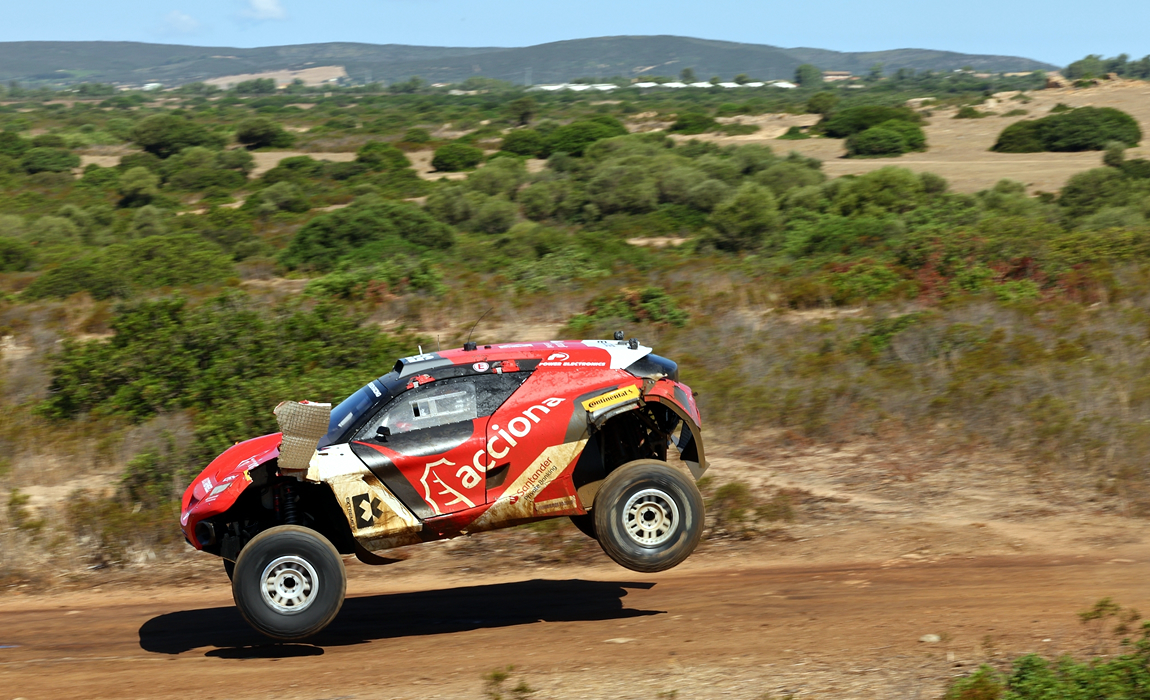 In true racing driver fashion, Sainz had thrown caution to the wind throughout the second edition of the Island X-Prix, driving with an aggressive and spectacular style which had helped him and his team win his Q2 race.

Kristoffersson meanwhile had shown little to no remorse for his part in the incident and was continuing his ruthless pace, with teammate Åhlin-Kottulinsky also helping to push the pace well beyond the ability of any other team. Subsequently, RXR secured back-to-back top qualifier accolades and once again won their semi-final.

Meanwhile, Al-Attiyah had produced one of the drives the week in his semi-final, going like a madman to try and pursue Loeb, despite having all-but secured safe passage to the final anyway. 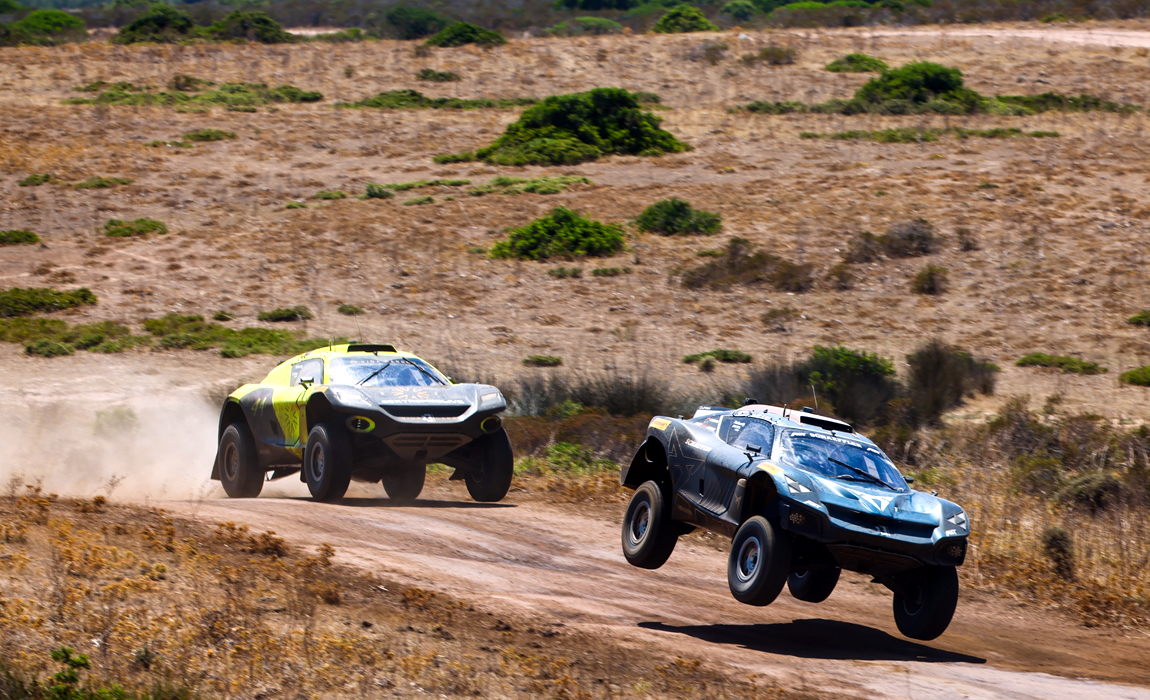 It was the Qatari driver who made the best start to the final, shutting the door on Loeb and Hansen as they shot down the main racing line. Kristoffersson and Sainz didn’t have the chance to fully race wheel-to-wheel, as the latter went to far from the main course in his search for an alternate route, putting him right at the back of the pack at the rejoin.

Kristoffersson slotted in between Al-Attiyah and Loeb, all three separated by just a few car lengths as they got settled into the race. Al-Attiyah soon began gapping Kristoffersson and set up a five second lead as the teams entered the switch zone. Elsewhere, Sainz had hit a rock and stopped on course because of the damage, whilst Loeb had dropped back from Kristoffersson after coming under some pressure from Hansen.

However, disaster struck for ABT Cupra, as Kleinschmidt couldn’t properly secure the right buckle of her seat belt. Instead of waiting to fix it, she drove off once her 45-second mandatory stop was over, immediately ruining any chances of scoring points from the race. Although she was allowed to cross the finishing line, she was disqualified immediately after the race by the stewards.

Åhlin-Kottulinsky was now in pole position, rapidly catching Kleinschmidt who was focusing on not throwing herself out of her seat. The Swede had shown pace throughout the week, the proof of which was in her Continental Tyre Traction Challenge time, fourth fastest of any driver (male or female) across the event. 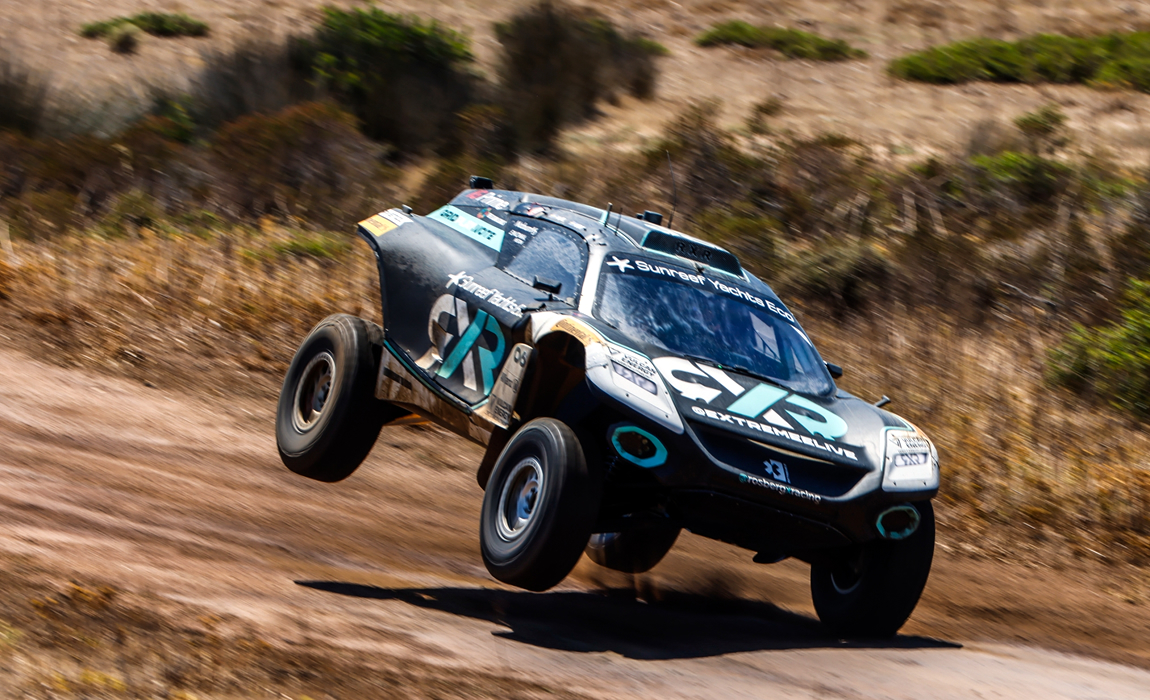 At the water splash, Åhlin-Kottulinsky was able to muscle past Kleinschmidt and comfortably drive home to deliver a second win of the season for RXR. She had been the “star of the week” according to her teammate – high praise indeed from a multiple FIA World RX champion. 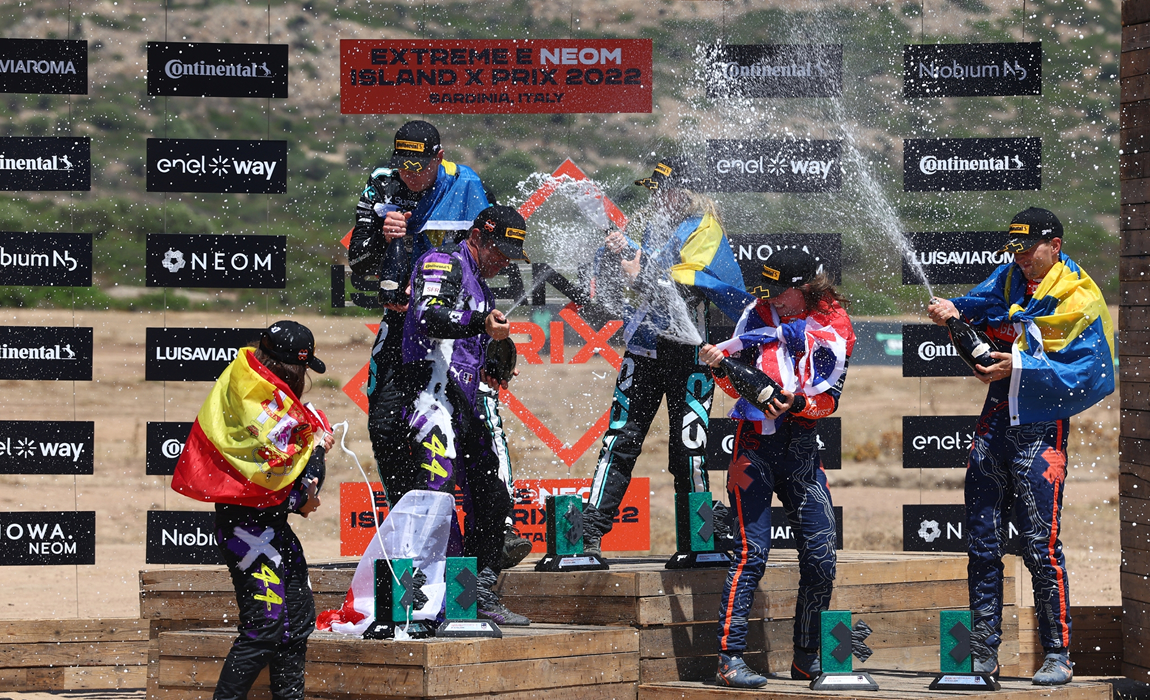