The Andretti United Autosport pair of Catie Munnings and Timmy Hansen held off the challenge of Rosberg X Racing and JBXE Racing to secure their first Extreme E victory.

They also became just the second team to win an Extreme E event after RXR won the first two rounds of the electric racing championship. 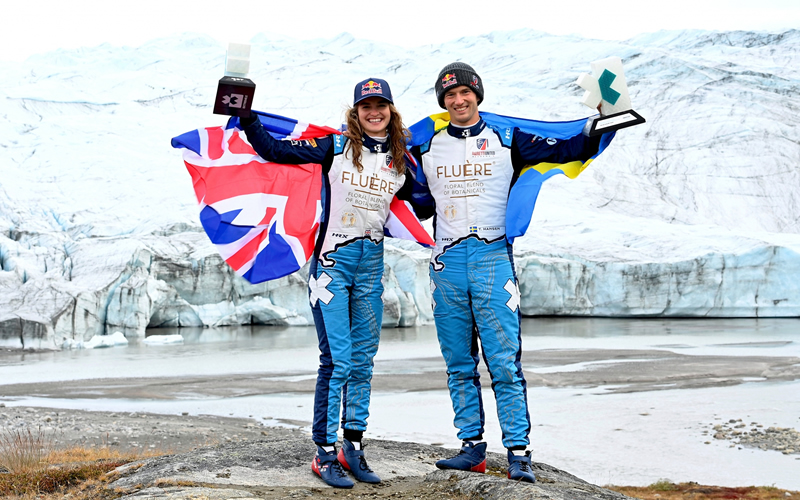 A heavy impact from a jump attempted by Johan Kristoffersson meant that RXR had to limp home in last place in the final, whilst Mikaela Åhlin-Kottulinsky was able to take advantage of their misfortunes and drove JBXE to second place

Acciona Sainz’s Leila Sanz and Carlos Sainz beat top qualifiers Team X44 to the final spot on the podium after Sebastian Loeb finished the first lap with a puncture from the Rock Garden, forcing a tyre change in the Switch Zone. In her attempts to catch up, Cristina Gutierrez also missed the final gate of the race which incurred a five second penalty.

Championship leaders RXR were hoping for better luck on the second day of racing in Greenland, after several stoppages and even a roll in Q1 on Saturday. Things were looking promising for the team owned and run by former Formula 1 world champion Nico Rosberg as they took an early lead in this morning’s semi-final. 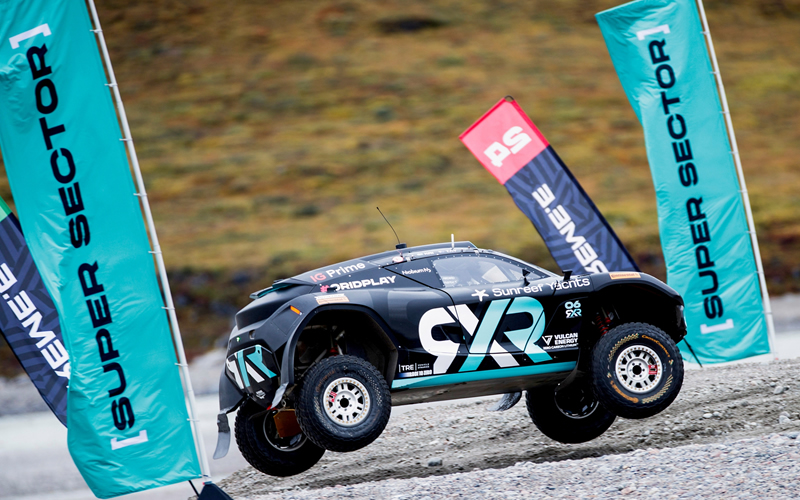 However, Kristoffersson clipped a flag in the lake section of the first lap, resulting in the award of a 10 second time penalty, before a move by Andretti’s Timmy Hansen saw them lose the on-track lead of the race.

Although Kristoffersson retook the lead under braking entering the Switch Zone, Catie Munnings was able to keep the Andretti car in touching distance of Molly Taylor in the second lap. This allowed Munnings to steal the lead once again in the same place Hansen had made his move. 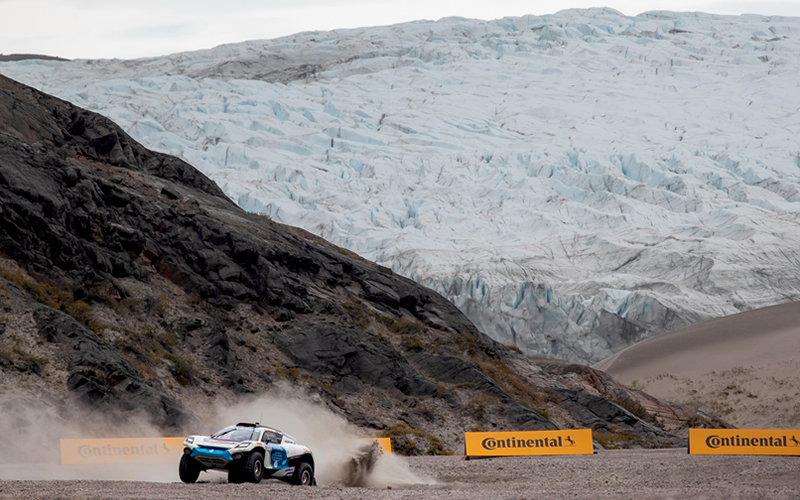 RXR still had a big enough margin over the ABT Cupra team who were suffering from a broken driveshaft and advanced to the final. However, a blistering start from X44’s Sebastian Loeb meant the RXR team became part of a three-way battle for second place with Andretti United and JBXE.

Taylor just about kept ahead of Munnings and Kevin Hansen, but when three teams emerged from the other side of the Switch Zone, it was Timmy Hansen in the lead for Andretti, followed by Kristoffersson in the RXR car. 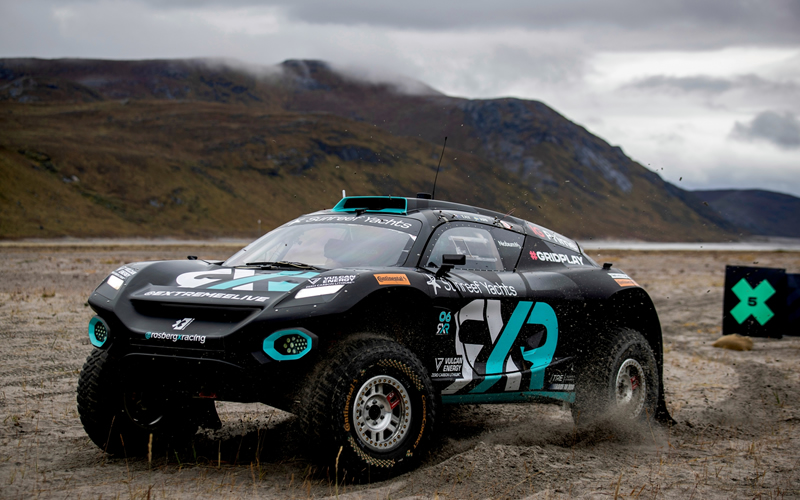 Coming out of the lake section, Kristoffersson was pushing Hansen hard. He tried one of his signature moves of drifting out wide into a corner, looking for a cut back on the inside, but Hansen was wise to it and managed to keep his car ahead going into a crest. 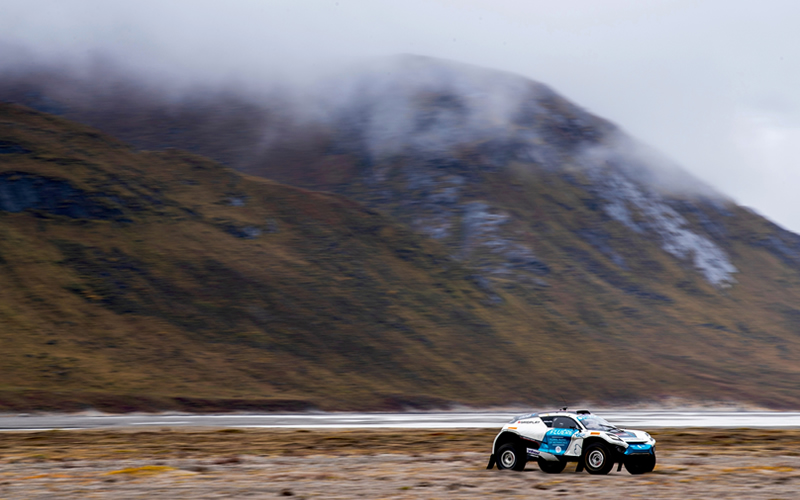 Whilst Hansen backed off to protect the car, Kristoffersson aired the car over the crest, landing heavily which immediately caused the car to shut down. A frustrated Kristoffersson had to limp the car home more than a minute down on the winners.

Semi-Final 1 produced the closest finish of an Extreme E race yet with Team X44 catching Acciona Sainz in the final moments of the second lap, with Veloce Racing breathing down their necks. 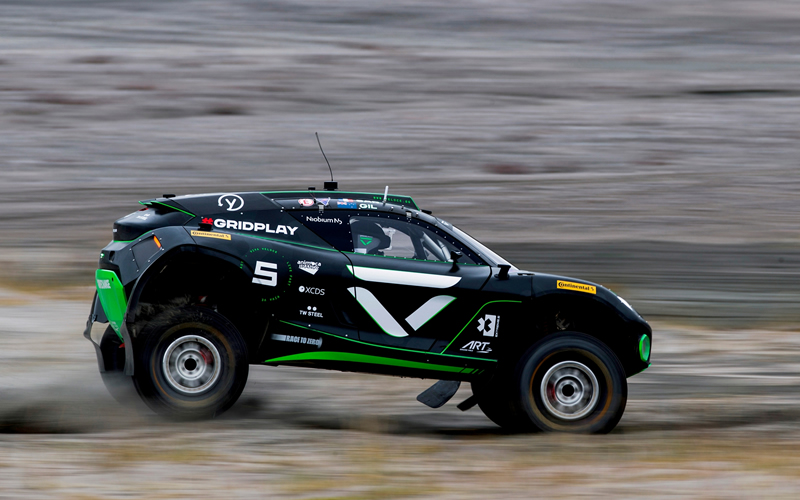 The three cars reached the Rock Garden separated by just four seconds, but it became apparent that at the wheel of the Veloce Racing car, Stephane Sarrazin had to try something drastic to have any hope of reaching the final.

As Sebastian Loeb and Leila Sanz cautiously approached the boulder field, Sarrazin shot off the line used by every other driver during the weekend in a desperate attempt to salvage something from the race.

Briefly, it looked like a stroke of genius as he jumped ahead of both cars, but already the car was down on the right rear due to a puncture.

As the three cars leapt over the final crest towards the finish line, Sarrazin’s steering broke, with the left front wheel turning inwards, allowing Loeb and Sanz to finish ahead in the two qualifying spots for the final.

Despite showing great pace in Friday’s practice session, Jenson Button’s JBXE Racing team struggled in qualifying and would have to win the Crazy Race in order to advance to the final. 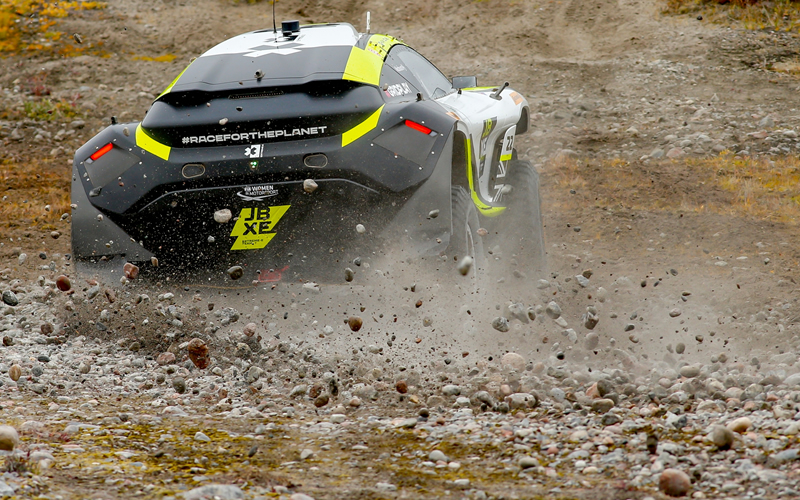 Their task became a lot harder when they incurred a 30 second penalty for a tyre infringement before the start of the Crazy Race, but a strong start from Åhlin-Kottulinsky put them in the lead at the beginning of the race.

Whilst Sara Price and Chip Ganassi Racing retired after suffering from broken steering following a battle with XITE Energy’s Christine Gz, Åhlin-Kottulinsky put in a big shift to pull a lead over her competitors.

In the Switch Zone, Kevin Hansen had to wait nervously whilst serving the 30 second penalty before going out to chase down Oliver Bennett’s XITE Energy car. The Bristolian had a 23 second advantage over the Swedish driver and looked set to take the last remaining Final spot.

But Hansen pushed hard and caught Bennett in the river valley section with about a third of the lap remaining. Suddenly, Bennett came to a complete stop, and couldn’t get the car restarted, allowing Hansen to bring the car home and reach the final. 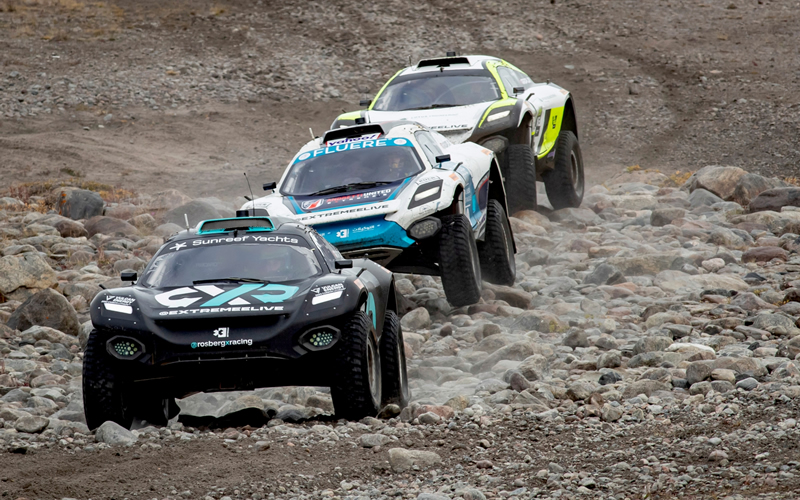 In the final, whilst RXR and Andretti United fought for the lead, Åhlin-Kottulinsky was back at the wheel of the JBXE car and sat patiently behind them. She was able to capitalise when Kristoffersson broke down and was comfortable in bringing the car home for second place. 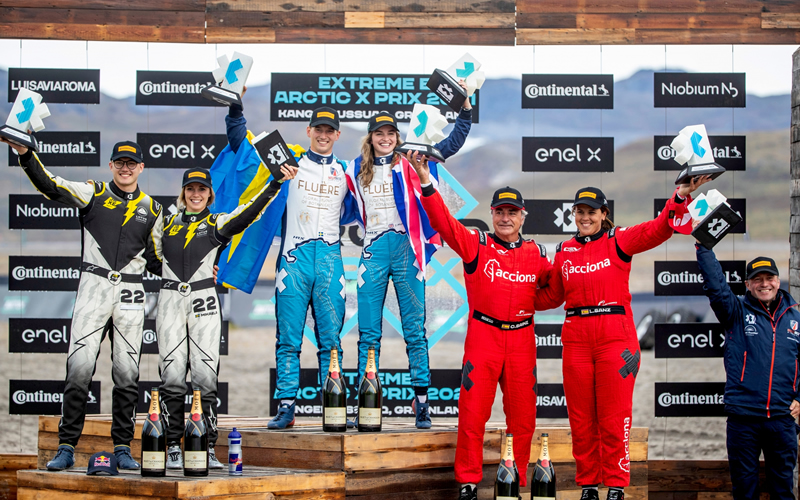 NEXT TIME ON EXTREME E…

The series heads to Sardinia on October 23-24, as a replacement for the Brazilian round due to the ongoing COVID-19 crisis in Latin America. The event will draw attention to effect of rising temperatures and wildfires.