The BTCC returned after its annual summer break and to an action-packed race day at Oulton Park. Ash Sutton headed into the weekend as championship leader, with Tom Ingram just behind. 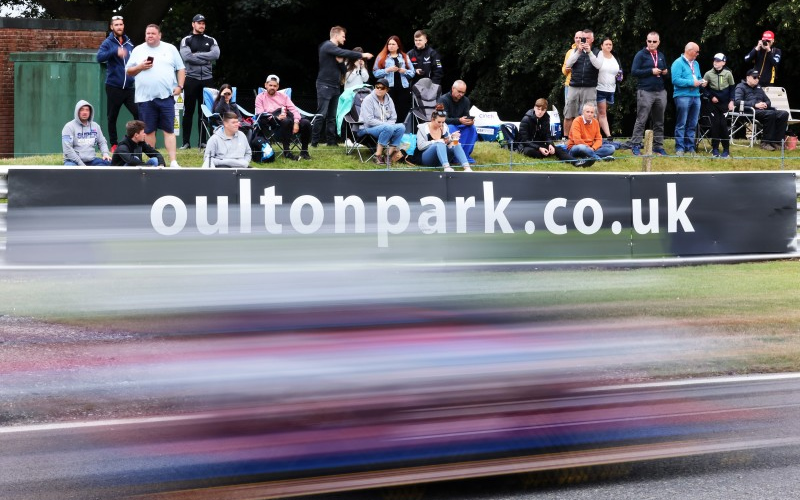 The top spot for race one was taken by Senna Proctor after an impressive qualifying performance he took his maiden pole position in the series. Alongside him was Gordon Shedden, with Rory Butcher and Daniel Rowbottom on the second row. The biggest loser would be Tom Ingram who wasn’t able to set a time due to a mechanical failure and had to start from the back of the grid. 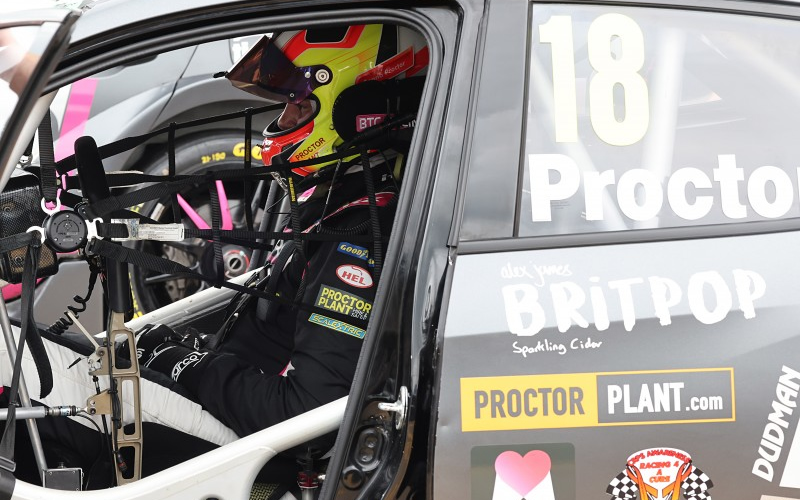 Proctor couldn’t make the most of his pole position and bogged down on the line, he ended up dropping to fourth spot by the time the cars got to the first corner. Shedden was the one who gained the advantage and got himself up into first spot, with teammate Rowbottom just behind. There was drama at Cascades as former champion Colin Turkington was sent off onto the grass and dropped back to the back of the pack. 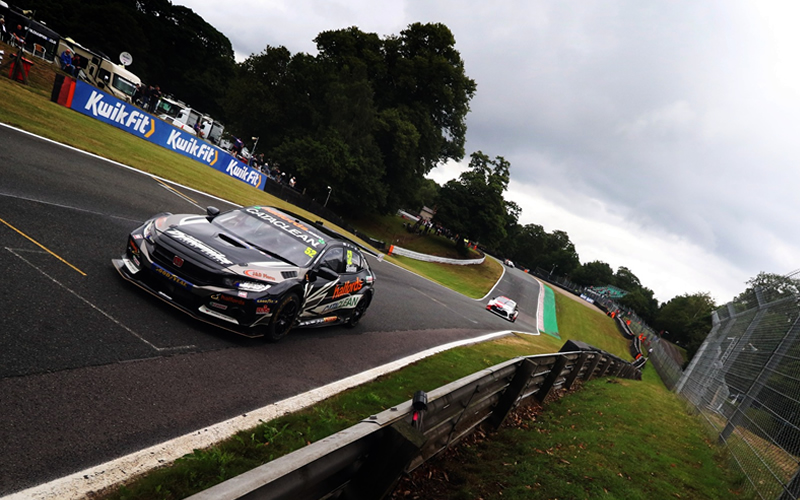 The two Honda’s broke away from the rest of the field as Adam Morgan and Rory Butcher battled it out for third spot just behind. Morgan came out on top and started to pull away from Butcher, who lost another place to Proctor on the eighth lap as he dove up the inside of the Scotsman at the Island hairpin. 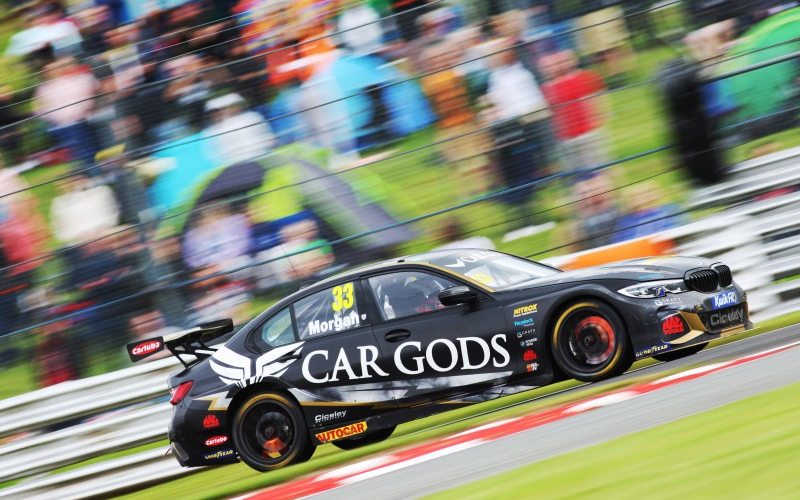 The race came to an abrupt halt soon after as Oliphant was spun around at the last corner, Chris Smiley, unfortunately, collected the BMW and Rick Parfitt junior also T-boned the Team BMW car. The accident causing a race stoppage. 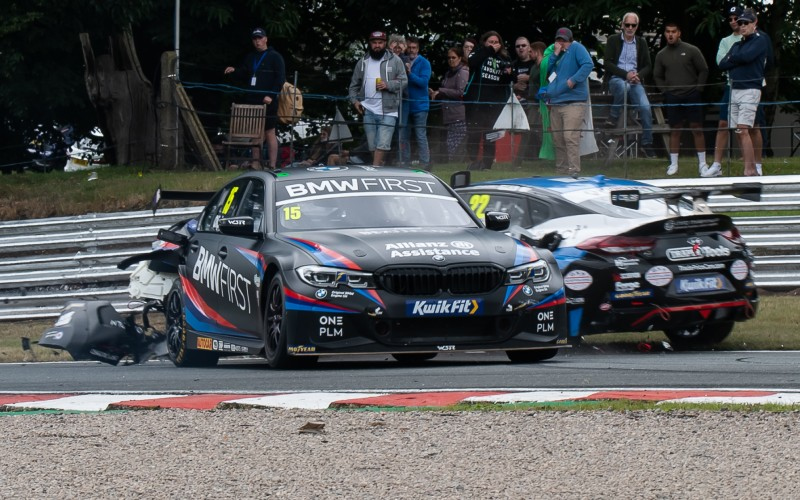 The race restarted as a shortened six lap race, Rowbottom made the most of the opportunity and got himself around the outside of his teammate Shedden. Despite some determined efforts from Shedden, Rowbottom managed to hold on to take his first victory in the BTCC. Morgan held on to third spot to round out the podium. Despite having to make a pit stop, Ash Sutton managed to get his car up into a points finishing position. 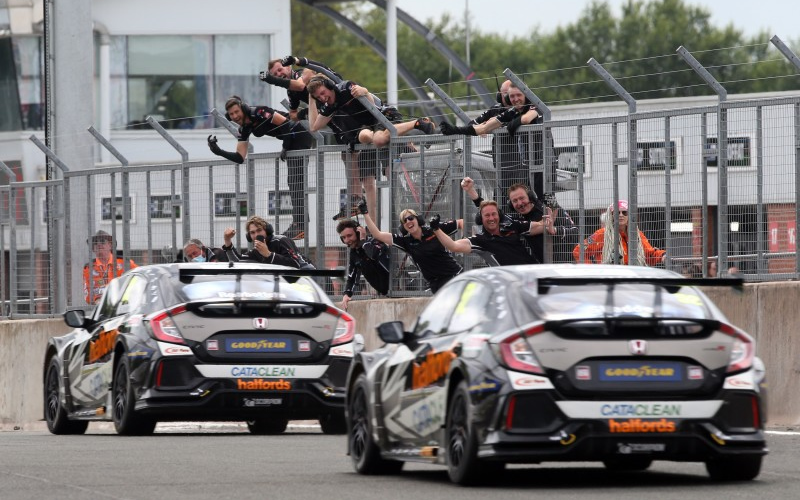 The second race saw Rowbottom once again managing to hold off his teammate Shedden and keep first position as the cars went through the first corner. The lead wouldn’t last as at Island bend Shedden tried to get around the outside. Sensing an opportunity to gain a spot Butcher put his Toyota up the inside of Rowbottom and nudged the Honda wide, he in turn bumped into Shedden who lost out on a few spots, whilst Butcher took the lead. 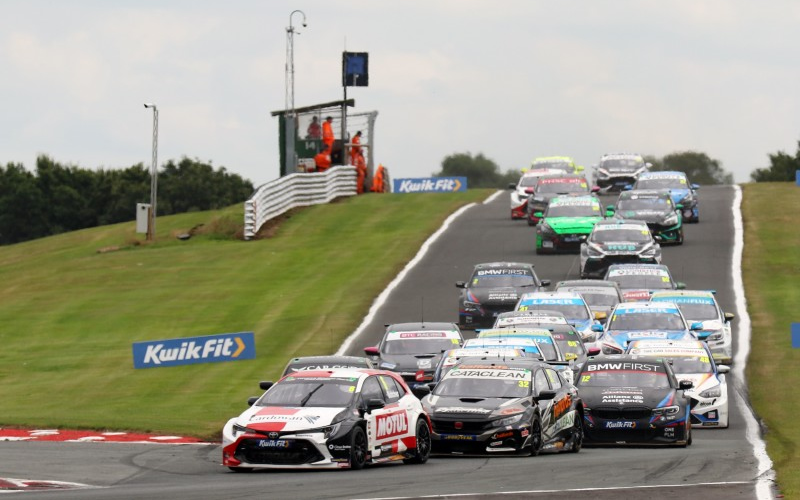 Butcher soon raced clear and comfortably hung on for the victory. Rowbottom once again put in a great defensive drive to finish in second spot just ahead of Adam Morgan. Further down the pack, Ash Sutton was determined to make progress through the field to help him hold onto his championship lead. He moved from 14th up to 8th, but couldn’t find a way past a resolute Stephen Jelley. Sutton’s closest championship rival, Ingram, finished just two spots behind in tenth. 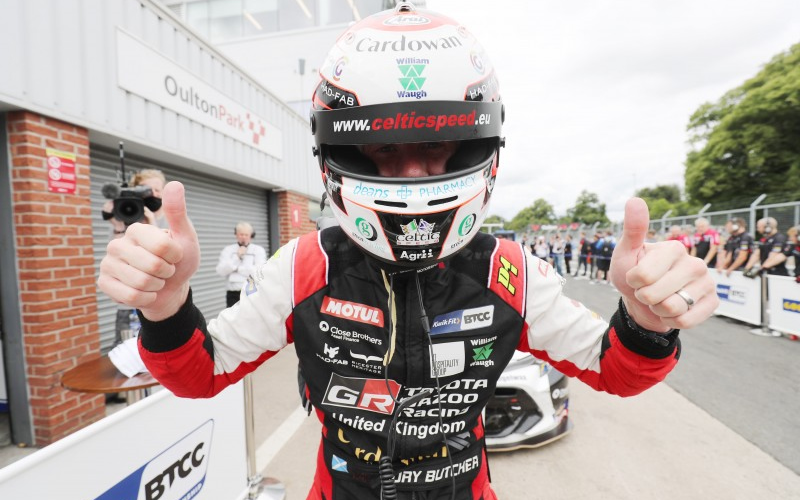 The final race of the day saw Proctor once again in pole position courtesy of the reverse grid draw, with Ash Sutton alongside. It didn’t take long for more drama to happen as Sam Osborne was sent spinning onto the grass, the car then span its way back into oncoming traffic with a number of cars getting caught in the incident. The carnage caused the second red flag of the day in the BTCC races. 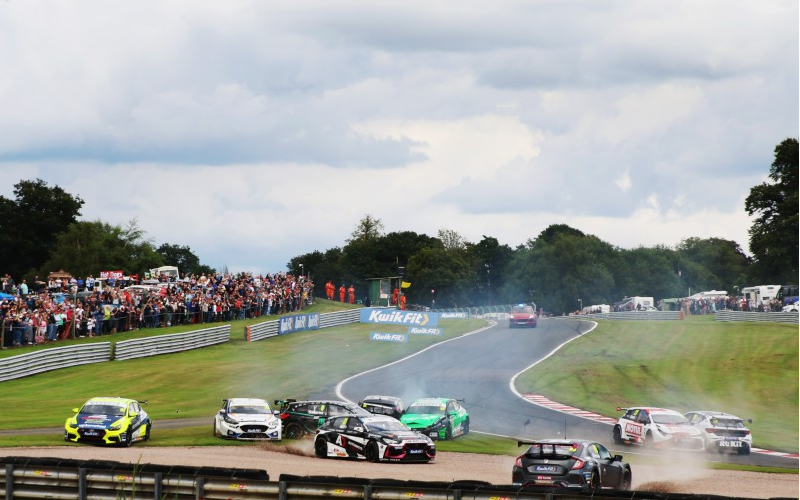 The restart saw more mayhem as Sutton tried to get around the outside of Proctor. Sutton’s car got sent spinning around, thankfully nobody collected him. He masterfully got it going in the right direction, only to be bumped off track by his teammate at the next corner. 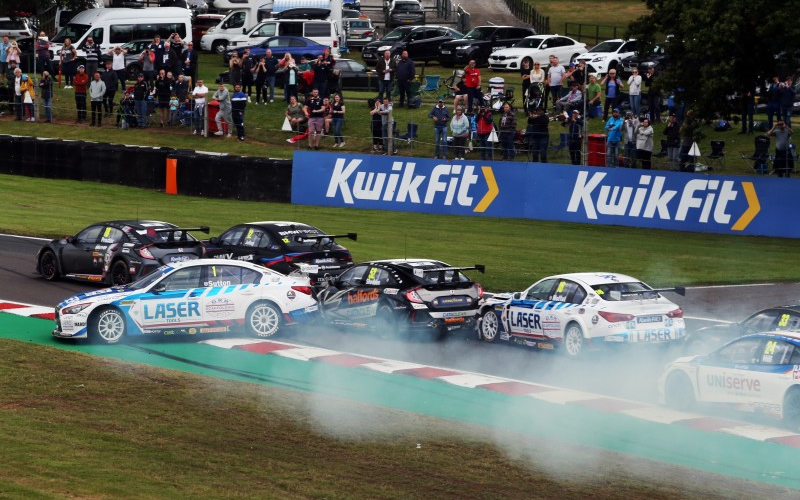 After the initial drama, Proctor found himself out in the lead, ahead of Jelley and Shedden. The following few laps were fairly settled without many place changes. Butcher was putting up a determined defensive drive with full ballast in eighth but eventually lost out to Turkington, Chilton and Lloyd in the space of a few corners. 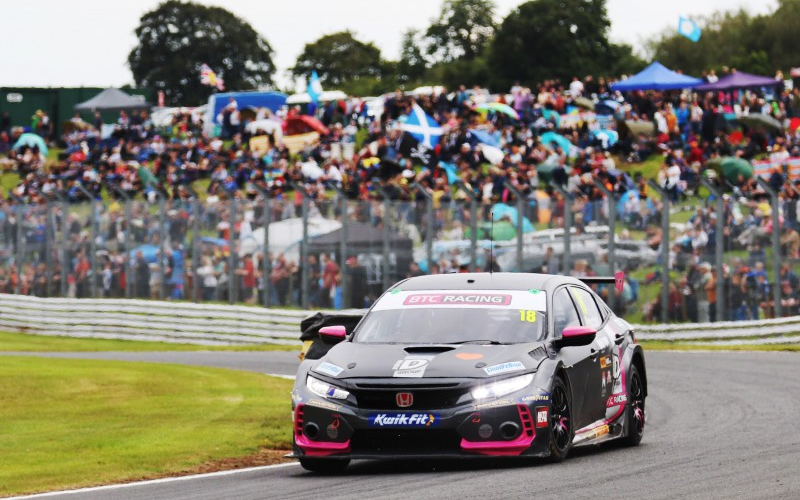 Things got much worse a lap later as Boardley speared off the track with what seemed to be a mechanical failure and collected Butcher at the fastest corner on the track sending them both into the barriers, causing another red flag. 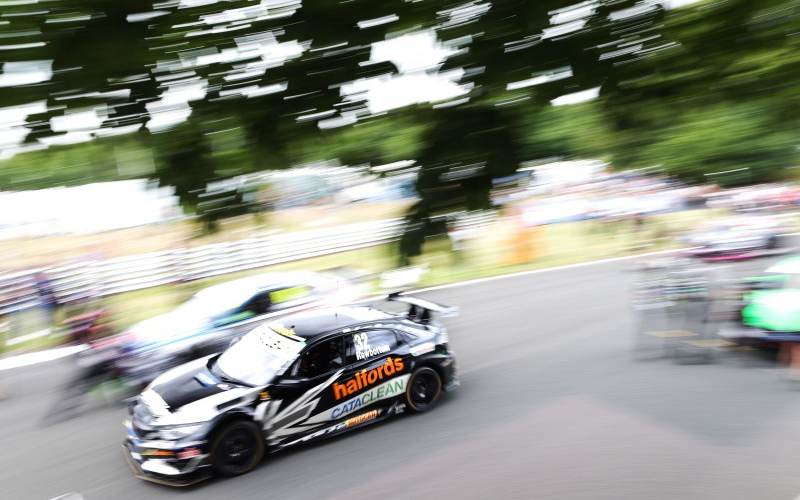 At the end of an all-action weekend, Ash Sutton still managed to come out of the weekend at the top of the championship despite not having the best weekend, much like Ingram who still sits in second. The biggest winner is Dan Rowbottom who moves himself up into third spot after a consistent point scoring weekend.

The next outing for the championship is at Knockhill in two weeks time.