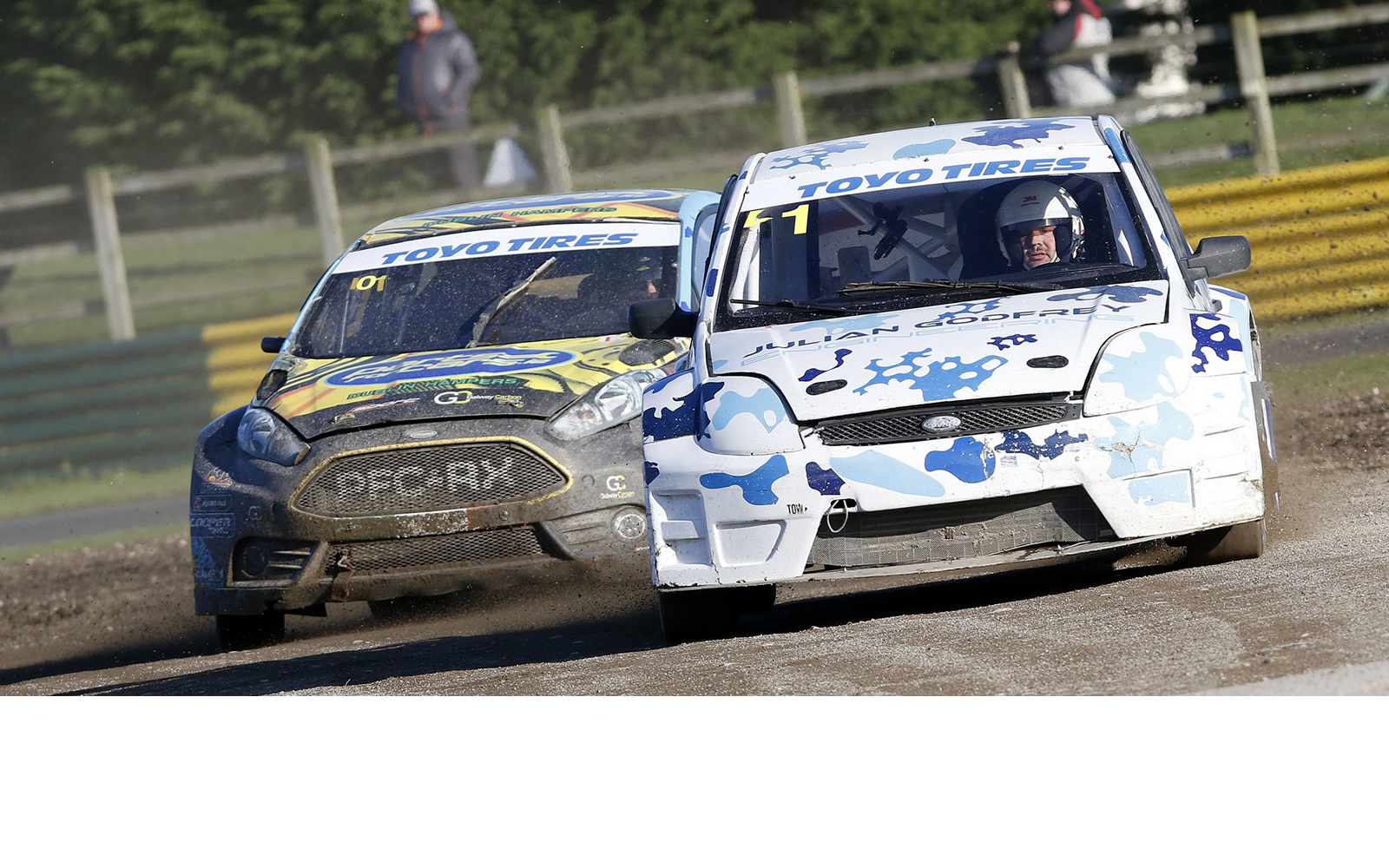 The final weekend of the Toyo Tyres Motorsport UK 2019 British Rallycross Championship was a double header held at the Croft circuit. Changeable conditions across the weekend meant that the title was decided at the last moment.

In the extreme wet conditions of Saturday it was Steve Hill and Tony Bardy who were the fastest across the three qualifying sessions, with Bardy taking pole position for the final.

Hill’s race ended at the first corner where he retired with a sensor issue. Godfrey took the lead of the race off of the front row whilst Derek Tohill moved up to second. Bardy passed Tohill on the opening lap and this was how the positions remained.

Godfrey won the race despite having issues with his transmission and engine, which his team worked into the night to fix so he could join the grid on Sunday, where he extended his championship lead.

Fastest across all three qualifying sessions Godfrey started the finale on pole, alongside title rival Tohill.

Tohill launched off the line and straight into the lead to take the final win of the season. Godfrey didn’t allow him to pull away though and second was enough for Godfrey to take his sixth British Rallycross title by just two points.

Mad Mark made his return to British Rallycross for the final weekend but was plagued all weekend with technical issues.