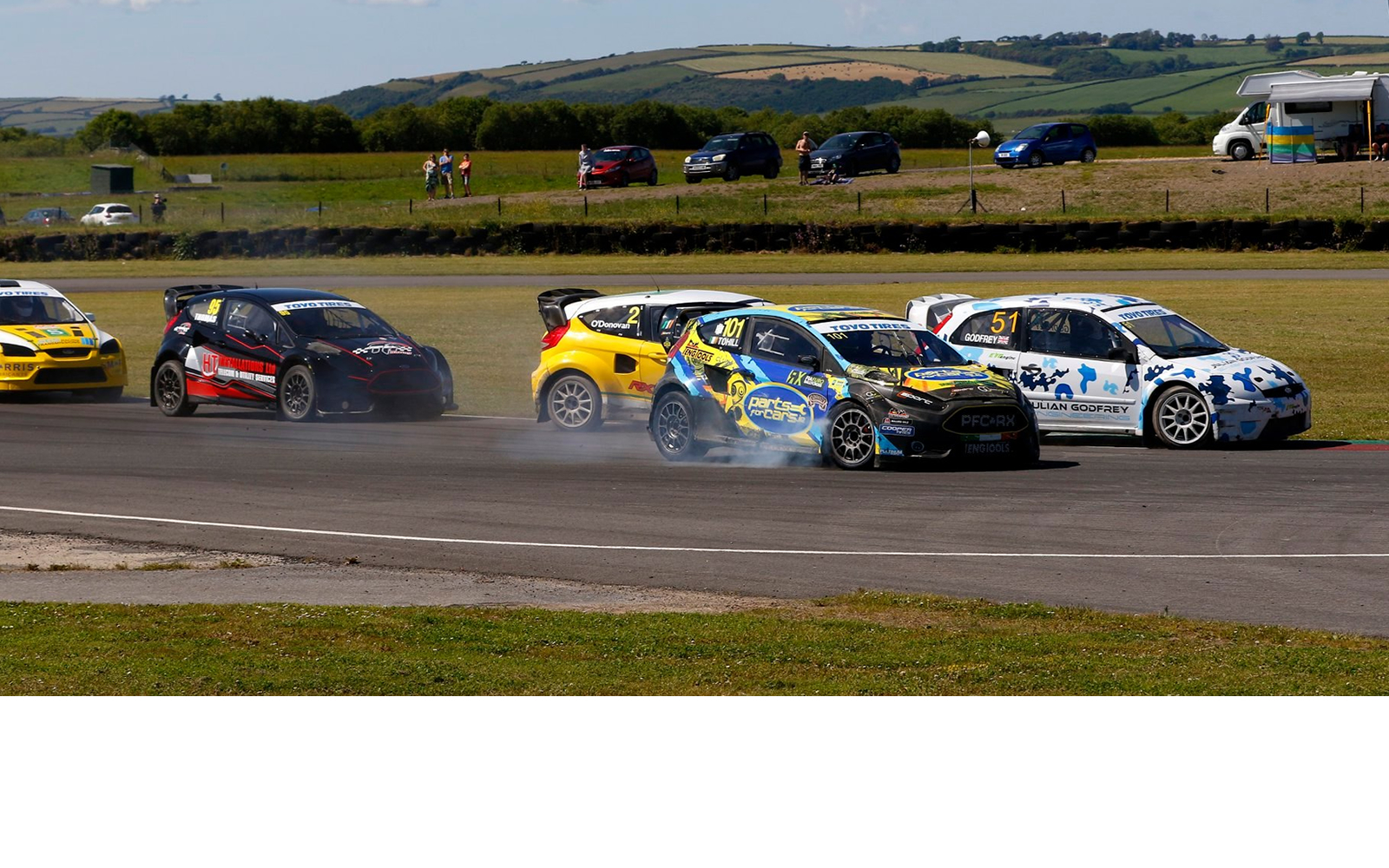 Julain Godfrey and Derek Tohill took a win each at the Pembrey Circuit in South Wales for the double-header of the Toyo Tires Motorsport UK British Rallycross Championship.

At the halfway point of the championship the two drivers hold a joint points lead.

Round three on Saturday saw Godfrey take the win from pole position and move three points ahead of Tohill in the championship. Tohill finished second on track but received an eight second penalty for an overtaking manoeuvre on Ollie O’Donovan, which moved O’Donovan up to second and Tohill dropped to third. Roger Hill was fourth and Steve Hill in an O’Donovan Fiesta after engine problems with his own car on Friday, was fifth.

It was a wet final for round four on Sunday, and this time Tohill was able to make the most of the conditions to pass the pole-sitting Godfrey to take the win. O’Donovan crossed the line to take his second podium of the weekend but received a five-second time penalty for track limits which promotes Thomas to third. This time it was Andy Grant that was fifth.

There is now a break before the second half of the championship, with round five taking place at Lydden Hill on 26th August.