The opening round of the 2021 FIA World Rallycross Championship was dominated by the Swedes at the Circuit de Barcelona, in Catalunya.

On the opening day reigning World RX Champ Johan Kristoffersson was the fastest man out on track, but he was not the overnight leader. In the first qualifying session of the year, his team KYB EKS JC Raceteknik seemly made a technical error in not connecting the FIA data logger on his Audi S1; this earned the three times World RX Champ disqualification from the session and handed P1 over to Timmy Hansen. 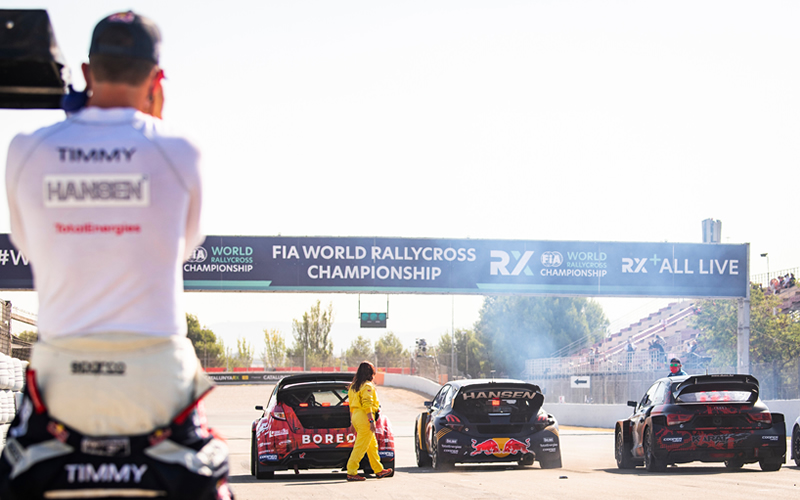 A further two qualifying sessions on Saturday, the second day sent the fastest 12 cars into the Semi-Finals on Saturday evening with grids of 6 cars. The first Semi-Final lined up with Timmy Hansen in the Peugeot 208 on pole alongside the Seat Ibiza of Timo Scheider. With Krisztián Szabó and René Münnich on row two behind them, the back of the grid was compleated with Juha Rytkönen and Tamás Karai.

With a little hustle and bustle through the first couple of turns, Scheider was squeezed into the wall at turn 2 by the GRX Hyundai of Szabó. The impact with the wall ripped the front right wheel off of his Seat Ibiza, Scheider the 2000 German DTM champ became a casualty of war on only the opening lap. 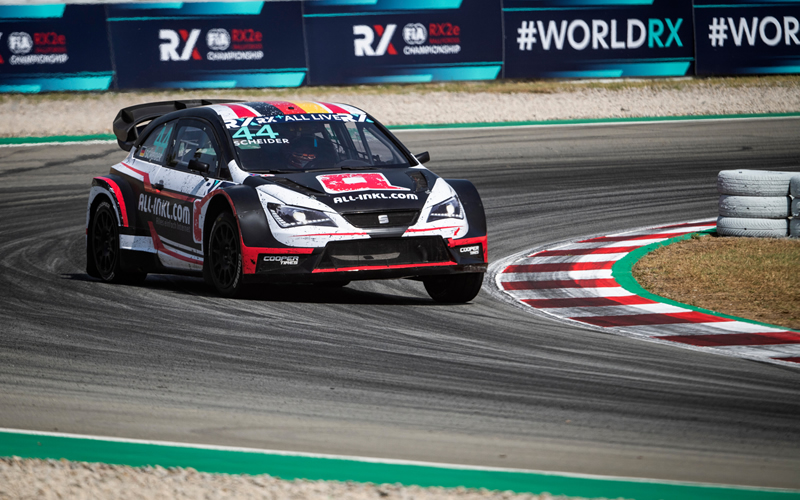 The chasing pack managed to avoid the carnage and upfront T.Hansen and Szabó had gained a small gap to the rest of the field. T.Hansen held off Szabó to win the first semi-final and placed himself on the front row of the grid for the final; René Münnich would also join them in the final.

“The weekend has gone really well so far, super smooth, the guys have kept the car in very good conditions and I’ve got four new tyres waiting for the final. We have done everything we can to win the race today, now it’s just 6 more laps to go and I’m going to fight the battle.”

Arguably the second semi-final was filled with a slightly more competitive grid; Kevin Hansen in the second Team Hansen run Peugeot 208 lined up on the front row with Niclas Grönholm in the second GRX Hyundai i20. Johan Kristoffersson in his Audi S1 was alongside Kevin Abbring in the Renault Mégane RS on the second row, with Enzo Ide and Oliver Bennet compleating the grid.

Once again it was elbows in as the pack headed into the first turn with contact all over the place; unfortunately for young Grönholm, three abreast into turn two was never going to work. 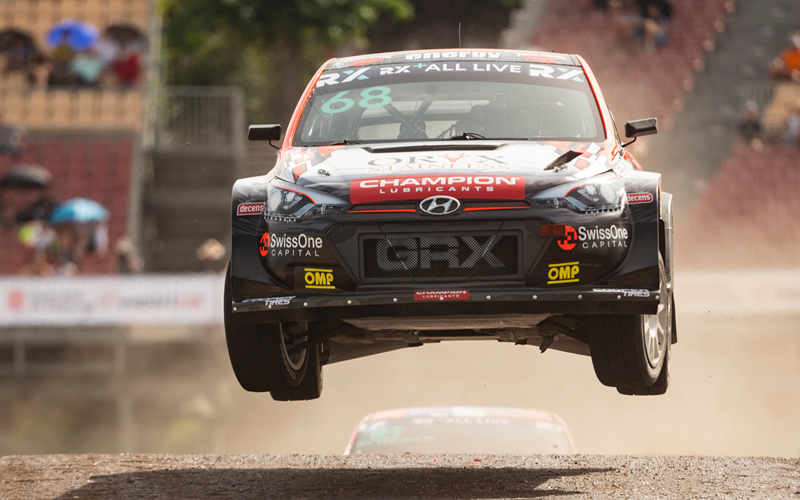 Left with little room, he clipped the barrier which sent his Hyundai i20 sliding across the track and into the wall. With a decent impact, the young Finn was the second casualty of war, once again on only the opening lap.

This drama gave K.Hansen some clean air upfront while Kristoffersson was left pushing Abbring in the battle for second. Kristofferssons joker lap tactics earned him second place from Abbring, allowing him to chase down K.Hansen upfront. 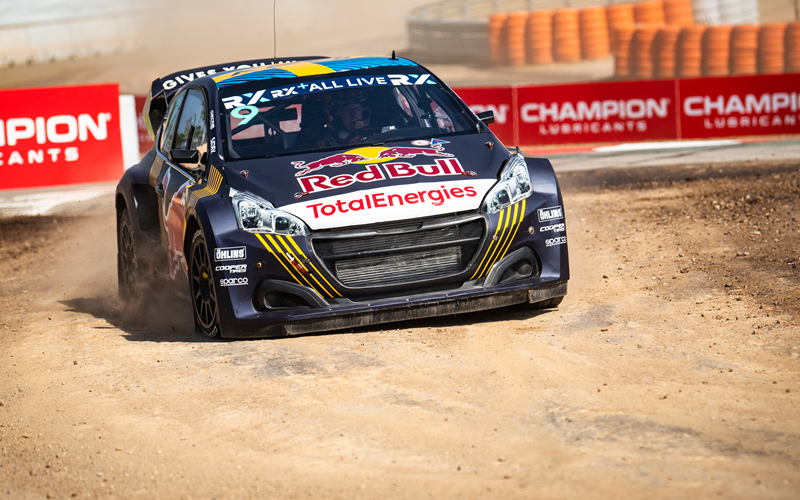 By the 5th lap, the Audi S1 driver had caught the Peugeot 208 of K.Hansen and was right up on his bumper pushing him all the way to the chequered flag. But the second semi win was Kevins and the front row of the final grid would be an all Hansen lockout. Oliver Bennet along with Enzo Ide both failed to finish the race, which left Abbring to cross the line as the third car to head into the final.

In the warmth of the summer evening at the Circuit De Barcelona, in Catalunya, the Hansen brothers lined up on the front row with Krisztián Szabó and Johan Kristoffersson on row two and Münnich and Abbring compleating the grid for the first World RX final of 2021. 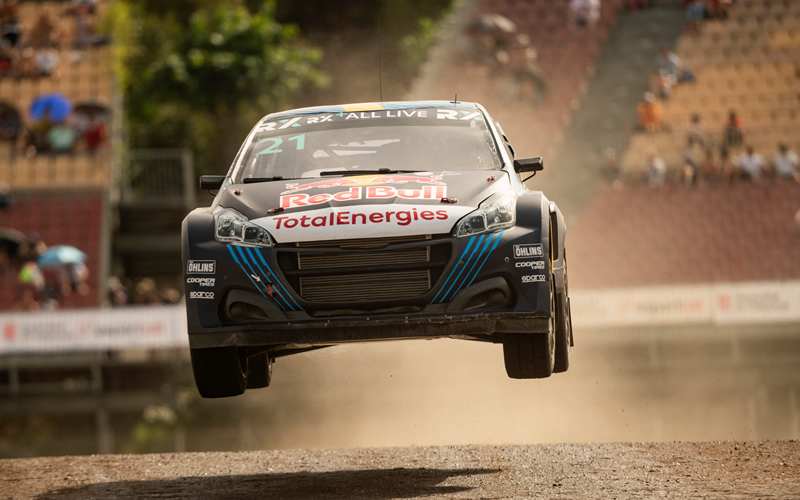 Unlike both of the semi’s, it was a relatively clean start to the race, Timmy Hansen lead the pack on the opening lap with his brother Kevin assuming the rear gunner role on his behalf, trying to keep a surging Johan Kristoffersson behind them. 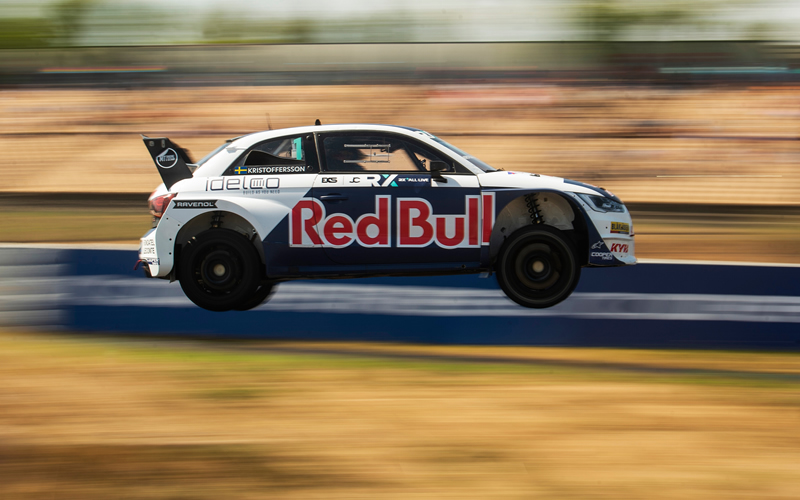 With no apparent route passed, on lap 2 Kristoffersson was left with no real choice but to joker for some clearer air. The Hansen boys continued to push on upfront and although Timmy emerged from his Joker ahead of Kristoffersson, it was his brother Kevin who slingshotted him on lap 4 on the exit of his own joker lap to take the lead of the race. 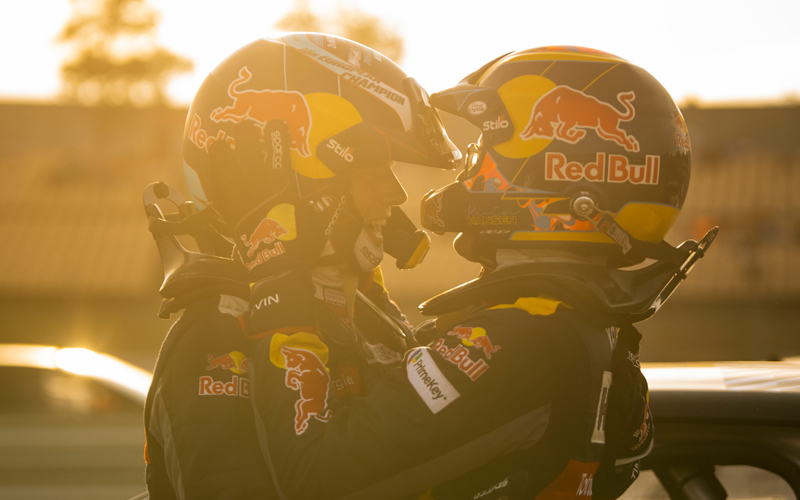 This move perhaps made Team Hansens decision to let Kevin go for the win, leaving Timmy to hold off the attack from Kristoffersson in second for the remaining two laps. Kevin Hansen crossed the line to take the opening-round win and his first true World RX final victory, the other being decided in the steward’s room in Abu Dhabi back in 2019. This Hansen 1-2 gave the team the perfect start to their 2021 World RX campaign. 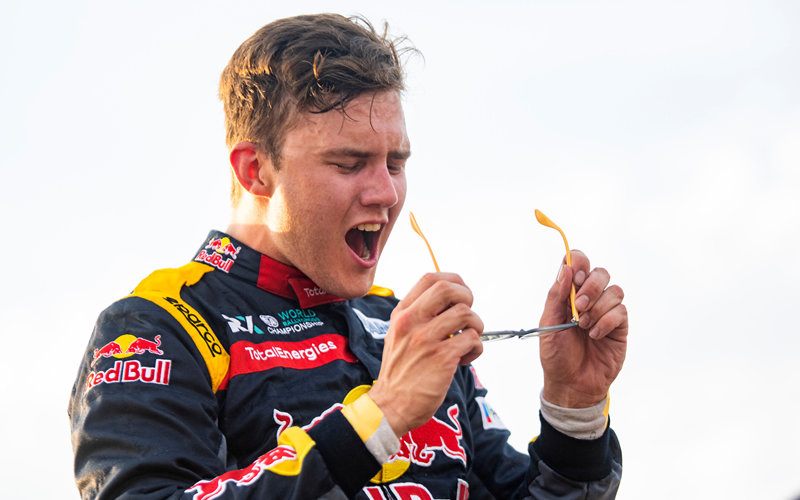 “It means so much, I made a lot of changes for this year to up my game. Johan brought a real challenge this weekend but we got an opportunity and we had to take it.

I think the key was two things, it was in the Semi-Final, keeping him behind was really nice and then in the final, that lap when I had the clean air.

I worked so many years for this, I am so happy.”