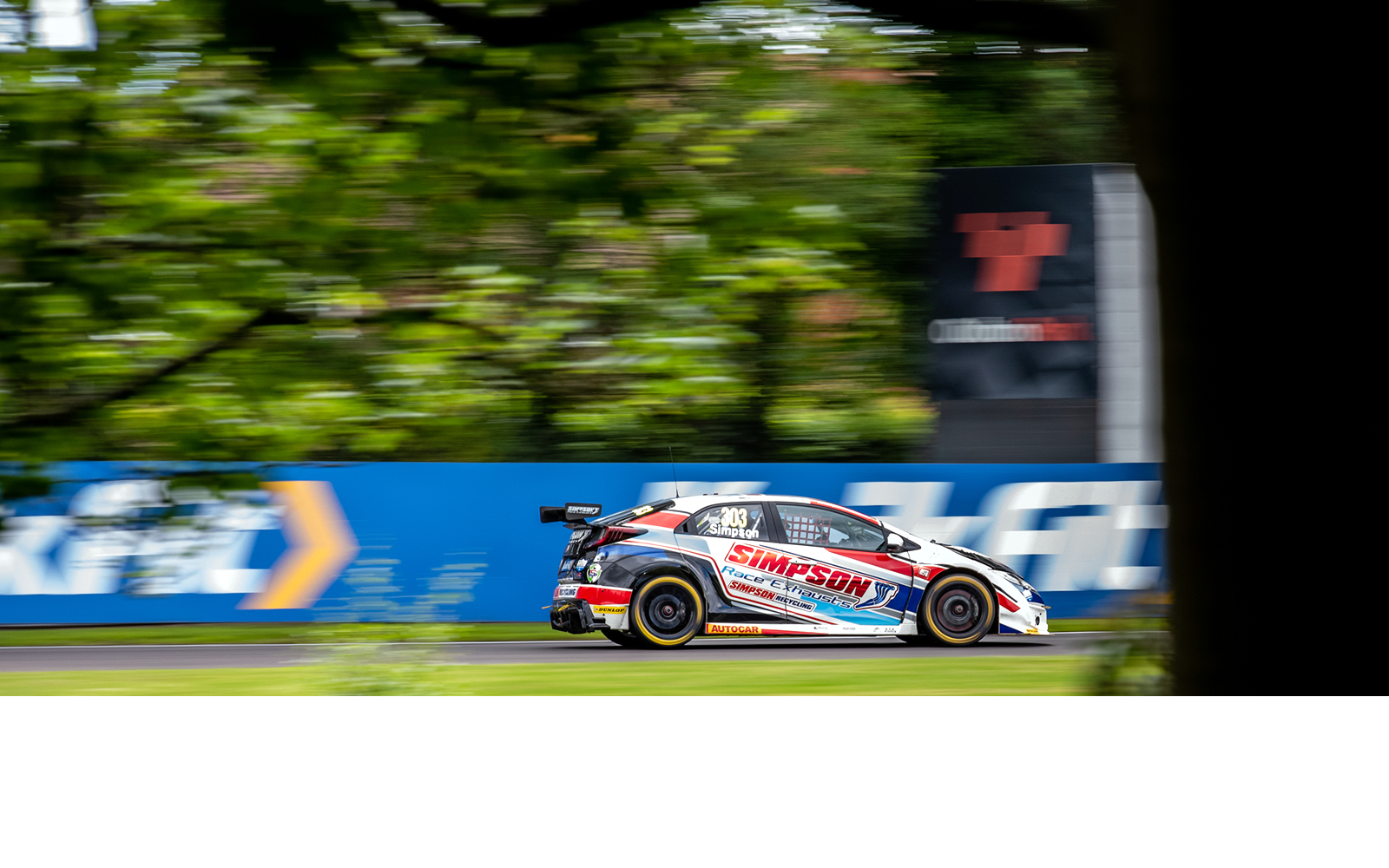 Oulton Park hosted the fifth round of the BTCC and marked the halfway point in the championship. The title battle is now slowly beginning to take shape, with Turkington leaving Croft as the championship leader and Rory Butcher just behind, despite not having the best of weekends at the Yorkshire circuit. Andrew Jordan has impressively clawed his way back into third, a great feat considering he picked up zero points at the Donington round after a big shunt in the first race, an impact which would see him miss out the remainder of that round. An impressive four wins in the following six races has seen his title hopes reignited.

Despite having maximum ballast on the BMW 3 series it was Colin Turkington who put his car on pole position. A quick time early in the session could not be toppled by anyone. Sam Tordoff ran him closest by being just 0.027 seconds slower, but it was the Northern Irishman who would start the first race in pole position ahead of Tordoff in second and Cammish in third.

Race one saw Turkington convert his pole position into the race lead going into Old Hall corner. Tordoff, second on the grid, was swamped by both Cammish and Jordan going into the first corner demoting him into fourth position and Cammish and Jordan up into second and third respectively. Turkington was kept honest by Cammish over the first few laps, keeping pace with the BMW.

After six laps the safety car made its first appearance of the day when a rather unusual incident happened to Matt Neal. Going full pelt into Druids it looked as if the front left wheel came off the car ploughing the Honda Civic straight into the barriers and Neal out of the race. The restart saw Cammish keep up with Turkington and gave them both a bit of a gap over Jordan in third.

The bunching up caused by the safety car saw a great battle a little further behind between Plato, Sutton and Ingram with the three of them clashing going into the hairpin.

A few laps later and Sutton misjudged a move to get ahead of Morgan, taping the rear of Morgan’s car and breaking the suspension on the Mercedes, a move that would see Sutton earn a five place grid penalty for the second race, and Morgan forced to retire. Turkington held out over Cammish and Jordan to take the race victory.

In the second race of the day, Turkington once again held off his challengers into the first corner and retained the lead of the race. Jordan managed to jump Cammish off the line and get behind his WSR teammate into second place.

The safety car would make an earlier intervention than in the first race as Jack Goff went off at the hairpin after contact with Cook. The contact pushed Goff wide and also took out the BTC car of Chris Smiley. Rob Collard and Ash Sutton also got into a tangle, Sutton having to pit due to the resulting damage.

A few cars started to make progress through the field, Ingram moved himself up into sixth position, whilst Matt Neal was making a determined charge through the pack after a disastrous race one.

Much like in the opening round at Brands Hatch Stephen Jelley was making great progress through the field moving himself up from eleventh on the grid to an eventual sixth place finish.

The safety car made another appearance towards the end of the race as Osborne found himself in the tyres just at the exit to Old Hall Corner. His teammate fared no better as he ended up crashing out in spectacular fashion on the last lap, tangling with another car he went headfirst into the barriers at Deer Leap, managing to just about not roll the car but a heavy impact would rule him out for the rest of the day. Turkington lead another light to flag victory, ahead of his WSR teammate Jordan, this time finishing ahead of Cammish in third.

The final race of the weekend and also the summer break was sure to be spectacular with teams and drivers knowing they have a good few weeks to recover and prepare the cars for the next round. The partially reversed grid saw Jake Hill sit in pole position with Neal just behind. The second row had Josh Cook in front of Plato.

Hill got away faster from the line and kept first position, Neal slotted in behind while Plato managed to get past Cook and sit behind his adversary.  Neal was soon hot on the heels of Hill and just about got ahead of him over the start and finish straight and into Old Hall.

He wasn’t fully ahead of the Trade Price Racing Audi, and Hill caught the rear end of the Honda spinning Neal in front of the pack in a cloud of smoke, luckily avoided by everyone.

This allowed Hill to get a strong lead as the pack behind scattered in avoidance of the spinning Neal, Plato having to retire after taking to the grass causing something to break on his Astra, spilling oil on the track.

The melee promoted Butcher into second and he set about hunting down Hill and was right on his bumper until the penultimate lap when he slid on the oil dropped by Plato’s retired Vauxhall and dropped down to sixth. Hill took the flag, but his move on Neal was not looked upon favourably by the stewards and he incurred a twenty-second penalty. This meant Stephen Jelley inherited the race win, giving the Team Parker run BMW its first win in the BTCC, ahead of the ever-improving Tom Oliphant in second and Sam Tordoff in third.

The championship takes its annual summer break before heading to Snetterton for the next round in early August.

Colin Turkington will enter the summer break feeling pretty good about the 47 point margin he has over Andrew Jordan in second place. It was another great weekend for Jordan despite not emulating the victories in previous rounds it was a solid points haul that keeps him in the championship race. Credit must again go to Stephen Jelley for slowly making his way up through the pack through the races today and inheriting the win in the final race of the day, the first in the BTCC for Team Parker Racing.