The BTCC returned this weekend for the start of the 2021 season, throwing the drivers in at the deep end at the quickest track on the calendar at Thruxton. Add in the mix some inclement weather and it didn’t disappoint in regards to talking points and good racing. 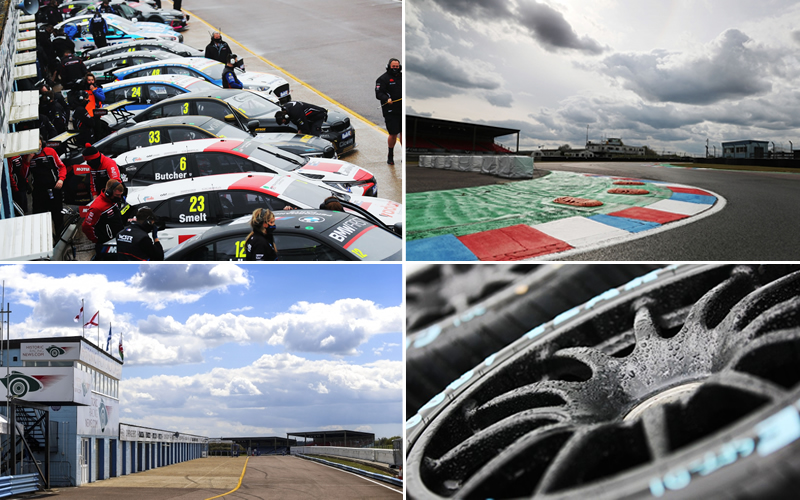 It didn’t take long for the action to get started, (Pole man) Ash Sutton got a great start but going into the complex was tapped into a spin by his closest rival from last season Colin Turkington, a move that would earn Turkington a 17-second penalty post-race. A couple of corners later and Gordon Shedden got tangled up with Ollie Jackson who slowed up as the car was unsettled going around Noble, the resulting contact caused Shedden to spear across the road taking him and Chris Smiley into the barriers. 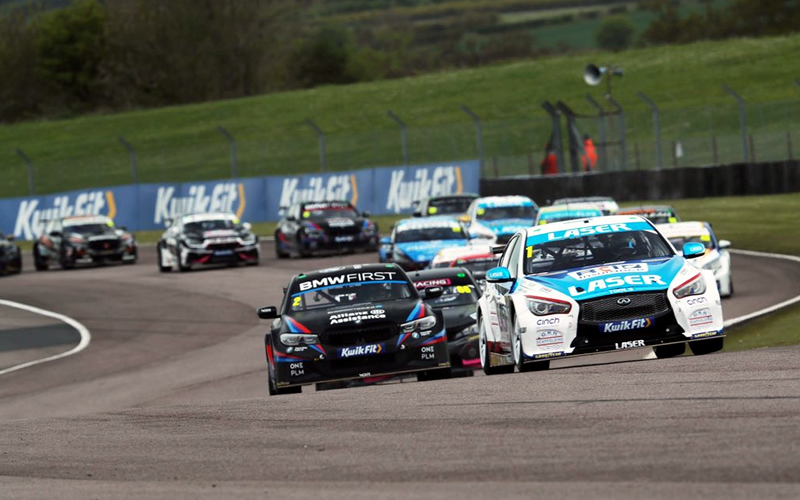 The restart saw Josh Cook get away in front of Tom Ingram and Jake Hill in third, and this was how the top three stayed until the end of the race. The most notable battle was a few places back with Rory Butcher and Jason Plato swapping exchanges before Dan Cammish took advantage by passing them both as they were trading paintwork. Sutton managed to recover from his opening lap spin to battle up to tenth for a chance of getting a decent result in race two. 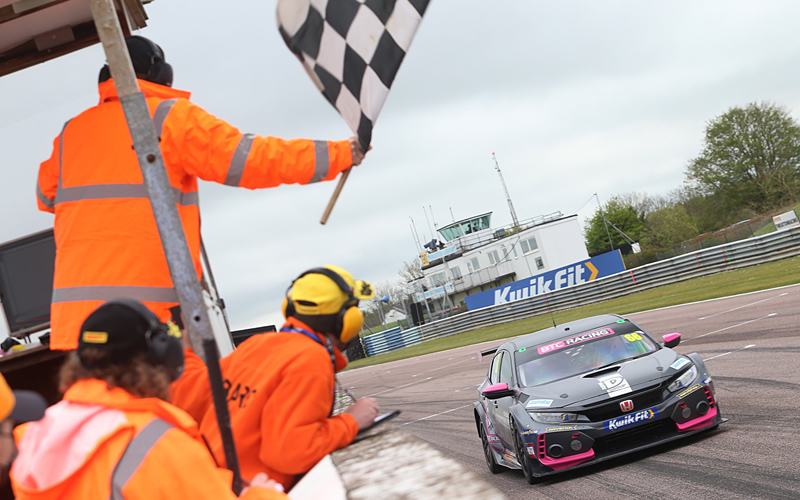 The second race ended nearly as soon as it began. Andy Neate trying a speculative move on the inside of Glynn Geddie saw them both go across the track taking Jade Edwards with them into the barriers. The impact saw the brand new Cupra of Geddie rolling over the top of Edwards’ bonnet and landing upside down causing a red flag, thankfully all walking away from the incident. 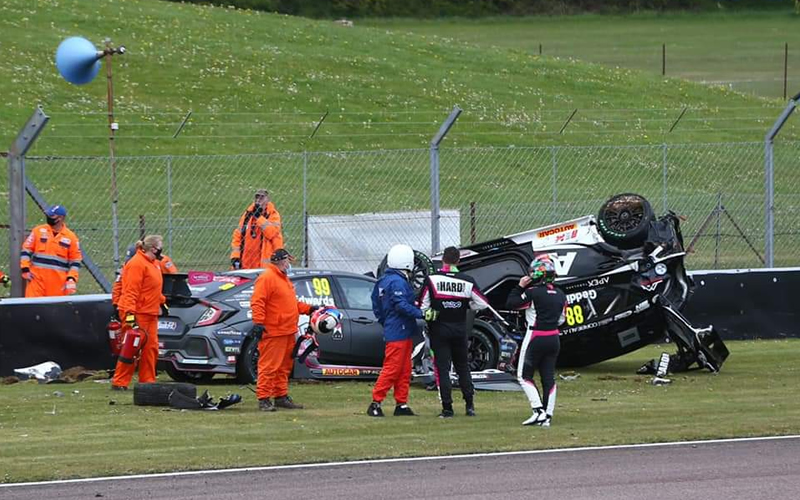 Josh Cook and Tom Ingram battled it out into the complex at the restart, Cook seemingly losing the car but got bumped by Ingram meaning the car pointed straight again rather than spinning around. Cammish took advantage of the bumping and got himself in front of Ingram. The safety car made another appearance soon after as Rory Butcher was spun round at high speed and into the barriers. During this period Sutton pitted with engine issues, so again had to battle through the pack, ending up the race in ninth.

Like in the first race Cook took the victory, this time finishing in front of teammate Cammish in a one-off drive, giving the BTC team a one-two finish, with Jake Hill taking another third place. A great drive for Daniel Rowbottom in his return to the BTCC with Halfords Racing saw him finish in fourth after a battle with Plato. 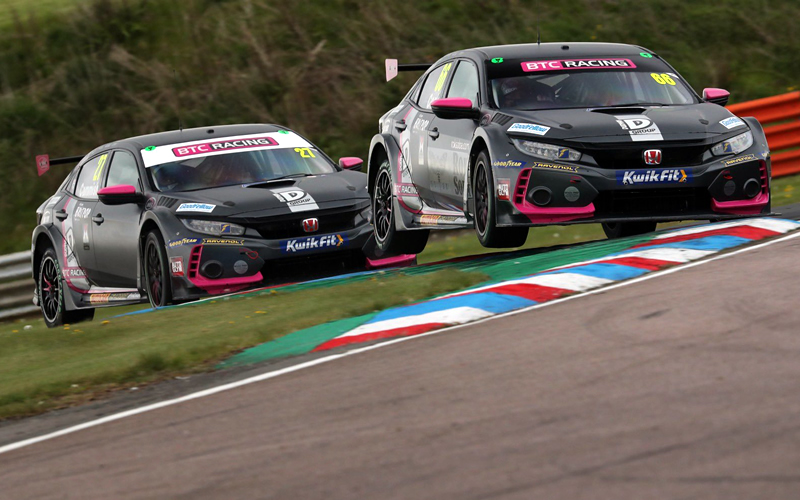 The weather caused concern for the teams in the final race of the day, with a slow rain starting to make its way across the circuit it was a gamble as to which tyres the team should start on. Most deciding to start the race on wets as the rain started to get worse. It certainly seemed to be the correct choice until a few laps into the race when a dry line was forming and those taking the risks on slicks started to carve their way up the grid. The most notable of these drivers being Jake Hill and Tom Oliphant, within a couple of laps Hill had driven from way down the grid into first position, whilst others pitted to switch to slicks. 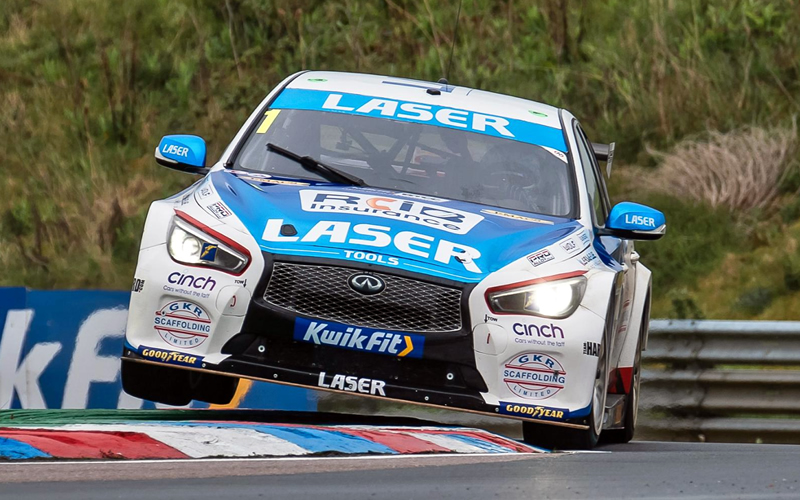 A few laps later the rain began to fall again, allowing those on wets to take advantage once more. Sutton soon started making ground on Oliphant (who had a five-second penalty) and Hill, catching and passing them both to regain the lead. Hill bravely hung on to take third place, only just being pipped on the line by Plato. 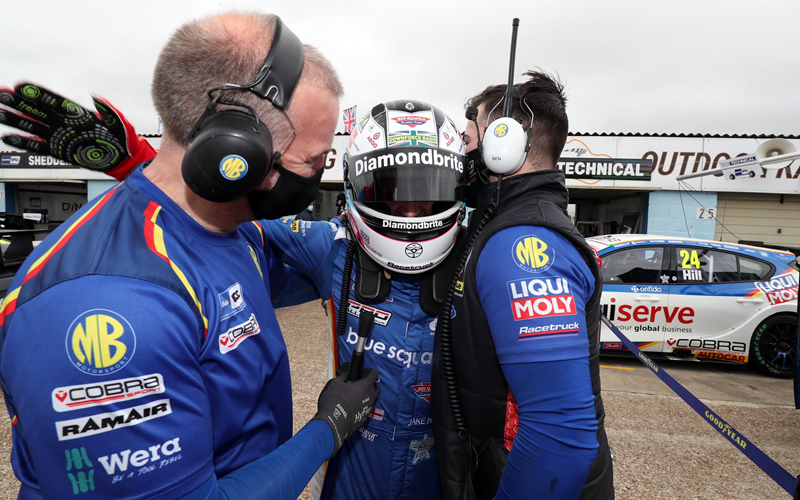 With a consistent trio of third places Jake Hill leaves the opening round at the top of the championship, despite winning the opening two races Josh Cook sits in second with Jason Plato in third.

There are a few weeks gap before the series goes to Snetterton, a few teams may be welcoming the break in order to rebuild some rather battle-scarred cars. The Snetterton round also welcomes back a limited number of fans for the first time since 2019.