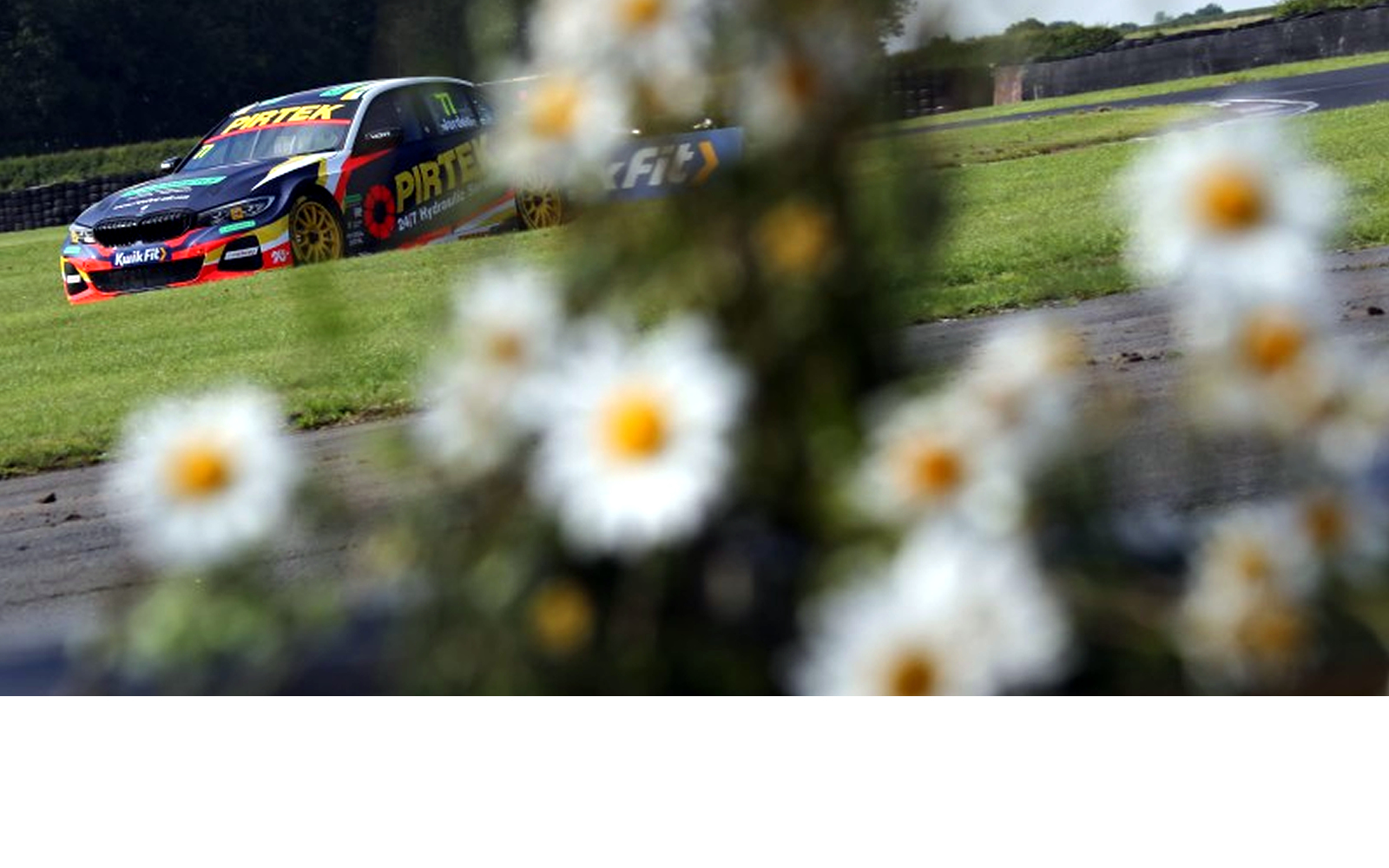 Andrew Jordan continued his winning form in the new BMW 3-Series by taking his 4th and 5th wins of the season at Croft. A brace of dominant lights to flag victories in the first two races of the day and a solid 8th placed finish in the reverse grid race propelled the West Surrey Racing driver from 9th to 4th in the championship standings.

Ash Sutton celebrated his 100th BTCC start for Race 1, enjoying a relatively uneventful race in the process but following on from contact with the ever-improving Chris Smiley in the BTC Norlin Honda Civic during Race 2, Sutton was handed a 5 place grid penalty for Race 3.

Following on from a promising showing over the last couple of meetings, AMD Tuning driver, Rory Butcher, had a weekend to forget. The Scot had a heavy off during qualifying and subsequently had his time disallowed for causing a red flag. A recovery drive was only good for 18th in Race 1 and during Race 2, Butcher hit a much-debated reticle barrier and lost pace, ending up in 14th.

Tom Chilton found some form in the Motorbase Ford Focus, taking a well-deserved 3rd place in the first race and a lights to flag victory in Race 3, a race which proved to be one for the strategists. Heavy rain during the preceding support race meant that the field opted for the Dunlop Sport BluResponse Wet tyres before the start of Race 3. That is until the sun broke free and the prospect of a dry line became a real possibility.

Among the handful to gamble on slicks were Tom Ingram and Chris Smiley, the former hoping to make the most of any potential drier running in the latter half of the race. It was a bold move as the Motorbase driver had been drawn 3rd on the grid for the final race. In the long run, it proved to be a bad call as Ingram had dropped to 23rd by the end of the second lap. By the end of proceedings, he had managed to pull his Toyota Corolla up to 16th.

Chris Smiley was another driver who chanced the smooth rubber in the final encounter. Once again, it didn’t work out as the team had hoped and subsequent contact with another chancer, Jack Goff, limited the Northern Irishman to the tail end of the field after what had started out as a promising day.

Jake Hill started the day strong before succumbing to engine troubles later in the day. Jason Plato found the podium in Race 1, much to the delight of all at Power Maxed Racing. The BTCC stalwart looks a lot happier this year following his move to the front-wheel drive Vauxhall Astra.

As always, the Yorkshire circuit provided some spectacular racing and the next round at Oulton Park should prove just as exciting. Andrew Jordan is looking stronger and stronger with each meeting following on from his accident at Donington earlier in the year and is in with a good shout for the championship. With Pirtek ending their long-running association with the Jordan family at the end of this year, AJ’s future may be in doubt but going out on a high will only do well to reinforce his credentials.