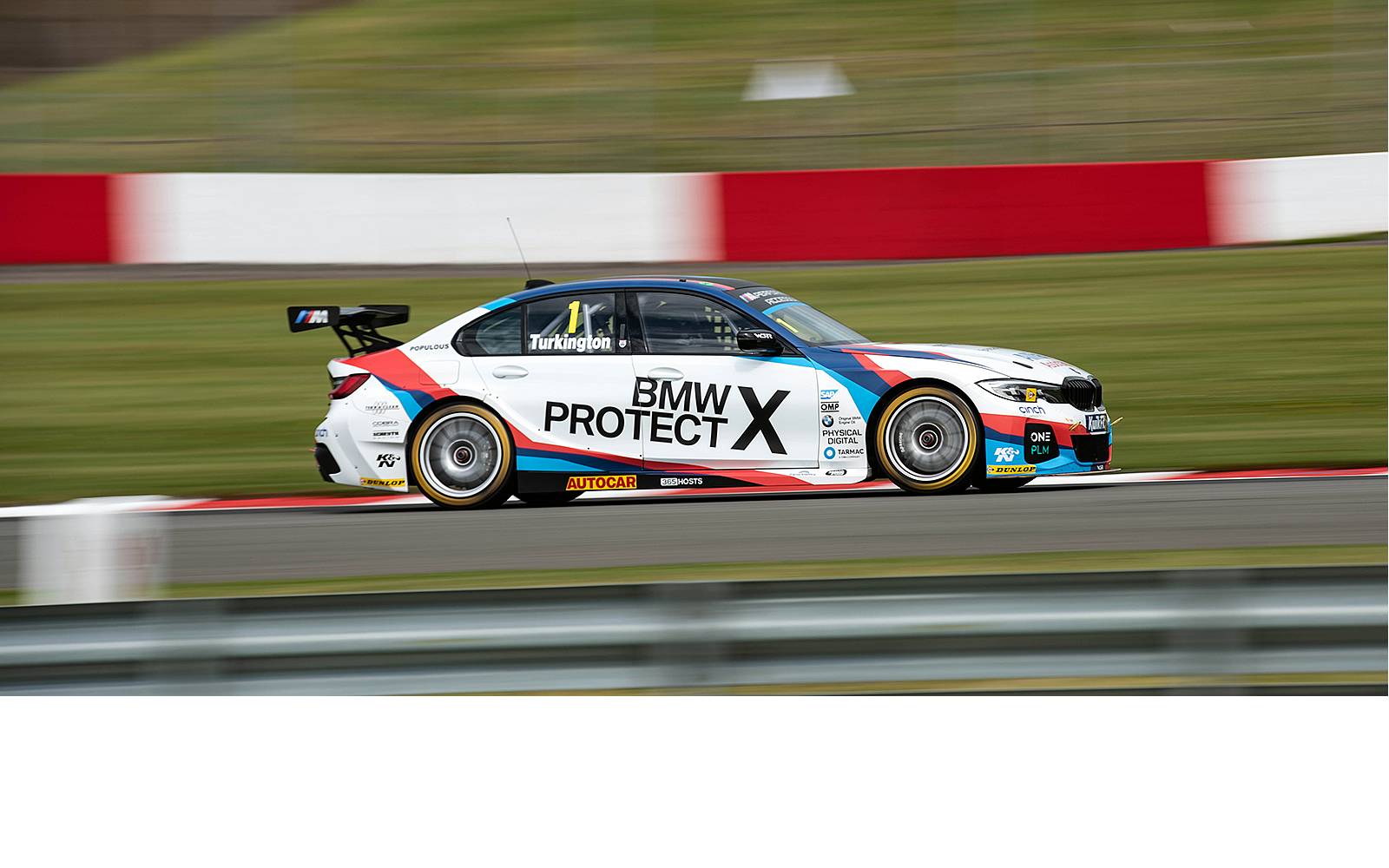 The KwikFit British Touring Car Championship rolled into Leicestershire for the second meeting of the 2019 season. Donington Park has a rich history of providing some outstanding racing; think back to a sodden European Grand Prix in 1993 and a sterling first lap effort from Ayrton Senna. Rounds 4, 5 and 6 were no different, albeit from the other side of the fence for many.

Reigning champion Colin Turkington took a brace of lights to flag victories and looked comfortable with the new West Surrey Racing entered BMW 3-Series, doubling the amount of wins he took during the course of the entire 2018 season. Tom Ingram took the spoils from a reversed grid Race 3 which, when compared to the previous 2 races, went relatively smoothly.

A total of 5 safety car interventions manifested themselves throughout the course of the day, the first coming early on in Race 1 following a heavy hit on the driver’s side of Andrew Jordan’s BMW 3-Series. The West Surrey Racing driver took a slight tag from ex-teammate Rob Collard on the run through the Old Hairpin, turning Jordan sideways and directly into the path of the Ciceley Motorsport Mercedes Benz A-Class of Adam Morgan.

The resulting damage, which included a secondary impact from Stephen Jelley, coupled with Jordan being taken to hospital for further evaluation, meant that West Surrey Racing was forced to withdraw Jordan and the car from the rest of the meeting. Caught up in the ensuing carnage, Ollie Jackson, Jake Hill and Matt Simpson took damage which ultimately leads to their retirements.

The second safety car was called out after Nic Hamilton was turned around at pit entry by Aiden Moffat. It would be the first of two incidents from the ROKiT Racing with Motorbase driver over the course of the day.

The rest of the race was reasonably tame compared to the opening laps. The Cobra Sport AmD AutoAid/RCIB Insurance Honda Civic Type R (FK2) of Sam Tordoff looked on course for a podium finish until a spin under braking for the Foggy Esses on Lap 11 saw him drop down the order. This gifted West Surrey Racing’s new boy, Tom Oliphant, 3rd place and his maiden BTCC podium. Reigning champion Colin Turkington took top honours, whilst the 2017 champion, Ash Sutton, took 2nd spot on the podium to complete the top 3.

Race 2 featured another pair of safety car periods, albeit under less dramatic circumstances. Sam Osborne and Mark Blundell had a coming together in the run down to the final chicane which resulted in each driver retiring from the race, Blundell’s car having to be picked from the gravel. The second safety car was called after Chris Smiley ended up with suspension damage following an audacious move by Jack Goff into Coppice. Unaware of the damage, Smiley continued on until the back end finally let go and spat him across the grass at the bottom of the Craner Curves.

Tom Oliphant lost the luck that he had in Race 1, gradually falling back through the field and ultimately ending up out of the points in a lowly 17th position after a tag from Josh Cook on the run into Redgate with a handful of laps remaining. Once again, Colin Turkington took advantage of the action behind to claim a second comfortable win for the day. Second place was secured by BTCC stalwart Matt Neal, the Halfords Yuasa Racing driver overtaking Ash Sutton with 2 laps to go, the latter completing the podium.

The reversed grid for Race 3 put Tom Imgram on pole position for the first time in the 2019 campaign, a pole that he duly converted to an emotional race win. The High Wycombe driver was performing in front of 4,500 Toyota members and their families and the win is the first outright win for a Toyota Corolla since Win Percy took victory at Oulton Park back in the early 1980’s. After the race, a visibly emotional Ingram dedicated the race win to this grandmother who had passed away earlier in the week.

Rob Collard took his first podium with a second-place finish since his move to the front-wheel drive Sterling Insurance with Power Maxed Racing Vauxhall Astra and Josh Cook finished the day off with a third place. The final safety car of the day came when three-quarters of the Team HARD stable ended the race within a few corners of the lights going out.

Michael Crees and Carl Boardley put their Volkswagen CC’s into the wall at the Old Hairpin following independent slides. Jack Goff followed suit, his resulting slide across the grass spearing him backwards into a helpless Nic Hamilton. The Team HARD woes were completed when Bobby Thompson retired 7 laps from the end.

At the end of play, Ash Sutton finds himself at the top of the drivers’ standings, followed closely by Josh Cook and Colin Turkington.

Tom Chilton, who briefly led the championship across the course of the weekend, sits in fourth. In the Independent drivers’ standings, Tom Chilton sits on top, with Rory Butcher and Josh Cook in second and third respectively.

The BTCC circus heads to Thruxton next for the first of two visits this year following the closure of Rockingham. Dan Cammish topped a Honda Top-3 during recent testing at the Hampshire circuit. Chris Smiley posted the second-fastest time followed by the rapidly improving Rory Butcher. The Scot could be a potent threat to the front of the field this year.