The second meeting of the Kwik Fit BTCC Touring Car Championship headed to Norfolk at the weekend for rounds four, five and six at Snetterton, and for the first time in front of fans since 2019. 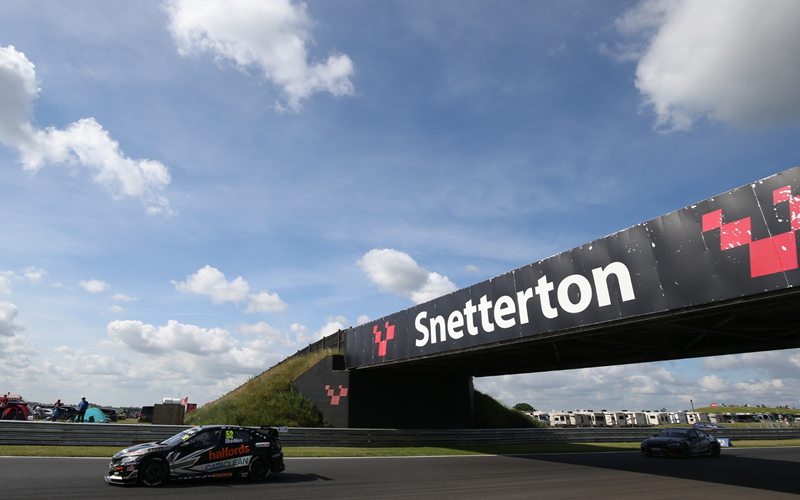 Jake Hill came into the meeting sitting top of the drivers’ standings after a consistent first event at Thruxton, sitting just one point behind him is Josh Cook in the BTC Racing Honda. Qualifying for the event took the format of a top ten shoot out, a shortened initial first qualifying session, followed by a shootout between the quickest ten drivers from the first session. Colin Turkington and Tom Ingram both briefly topped the times, but Gordon Shedden was quickest. The first pole for the Scotsman was short lived as he was disqualified from the session for a technical infringement, his rear wing being one degree out from the TOCA specifications, elevating Turkington into pole. 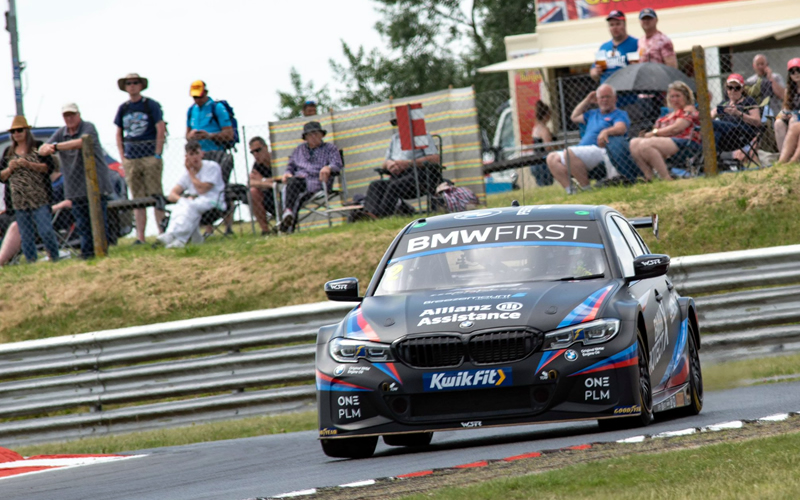 Turkington made a great start in the opening race of the weekend and led the pack into the first corner, he was closely pursued by Ingram. Ingram knew he had to make the most of his front wheel drive advantage in the early part of the race before the rear-wheel-drive BMW had chance to warm its tyres up. Despite a couple of attempts, Turkington led at the end of the first lap and comfortably remained there to take the chequered flag. Ingram and Butcher also had a relatively lonely race to complete the podium. 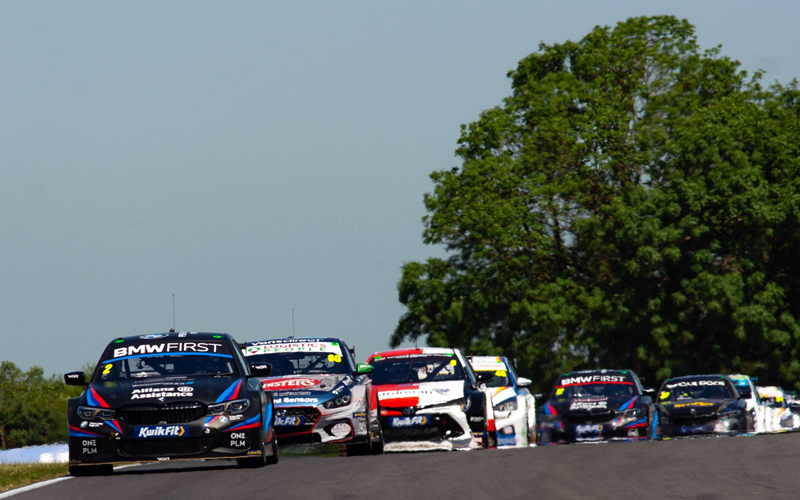 The top three breaking away in the first couple of laps led to battles further down the order, most notably the fight for the fourth spot beginning to heat up. Stephen Jelley tried to make a move on Ollie Jackson in the Motorbase Focus, whilst he was trying to find a way past, Adam Morgan took an opportunity to sneak up the inside in his Cicely run BMW. The positions swapped around a couple of laps later, Jelley moving back up to fifth place, and Dan Lloyd passing Morgan for sixth. It took until the eighth lap for Jelley to finally break down Jackson and take the fourth spot. 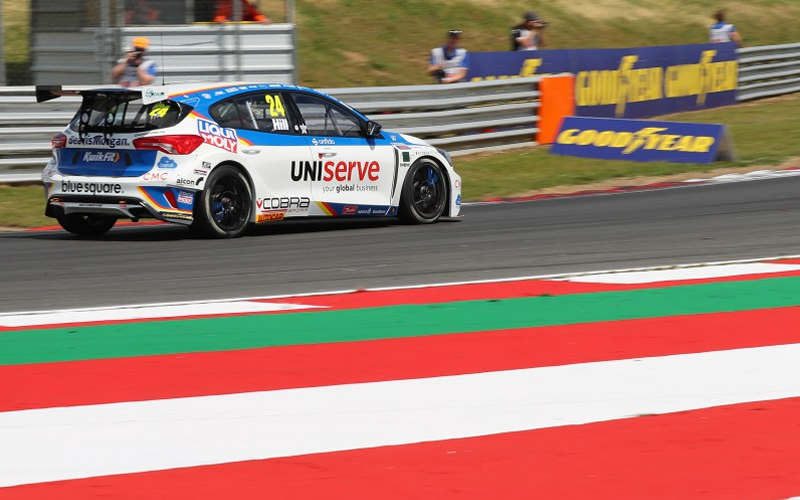 Championship leader Hill was trying desperately to cling onto eighth position but was struggling due to the maximum ballast he was carrying. Tom Oliphant pounced on the seventh lap and made the most of his lighter BMW to get past Hill, Sutton tried to do the same a few corners later but a robust Hill held him off and caused Sutton to drop a few places.

The second race once again saw Turkington make the most of his grid position and lead the pack into the first corner, despite Ingram’s best attempts to get past. Jackson made a great start in his Focus and took the opportunity to go from fourth to second with a move around the outside of Butcher and Ingram at Wilsons. 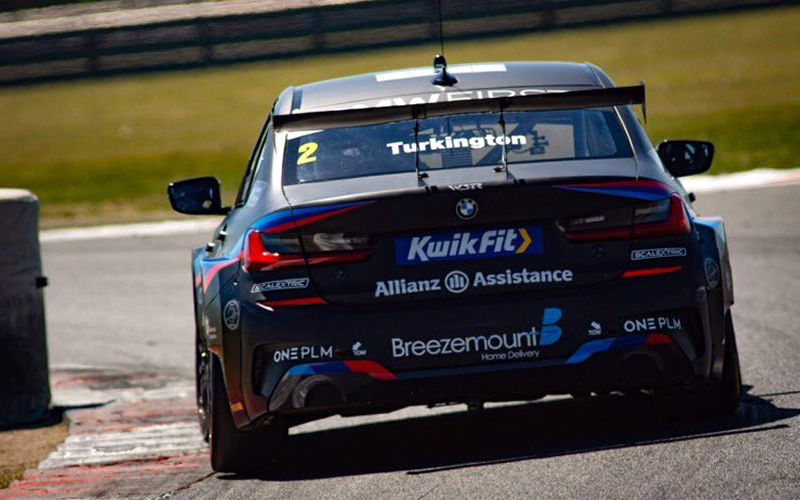 Ash Sutton looked keen to make progress after finishing 11th in the first race, by the second lap he had moved himself up into eighth and looked determined to progress further. His charge continued and by the end of the fourth lap had found himself in fourth position. 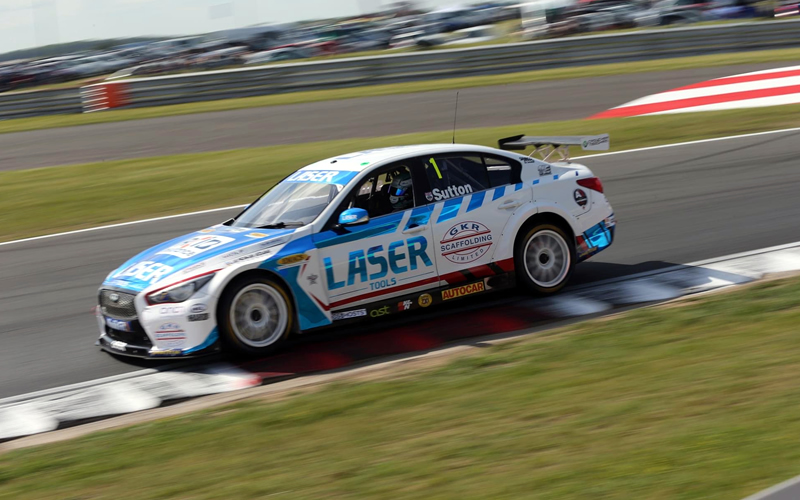 It only took two more laps before Sutton managed to wear down Ingram, he put the nose of the Infiniti up the inside of the Hyundai at Palmers corner and muscled his way past, and began to hunt down Jackson in second place. The current champion got ahead of Jackson on the next lap and began the chase to take the lead from Turkington. Sutton’s much lighter Infiniti closed the gap and easily got in front of Turkington and on to take the victory. 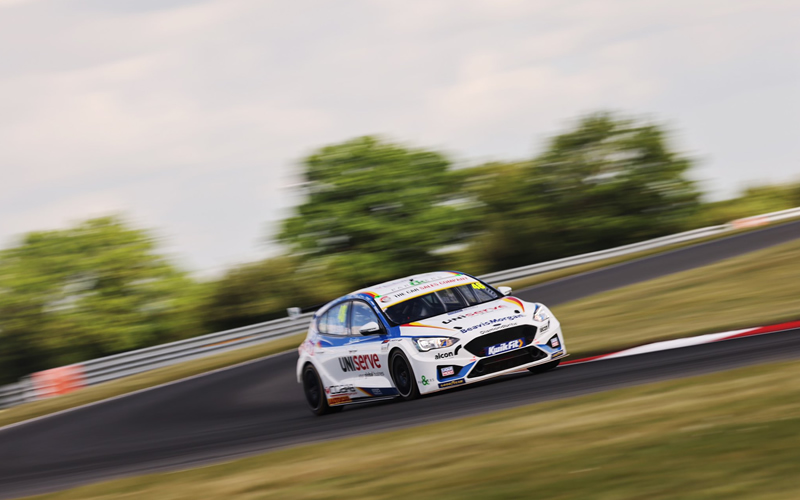 The reverse grid draw saw a front row lockout for WSR, with Jelley in pole and Oliphant alongside him and Butcher in third. Butcher made the worst start of the three and bogged down off the start line dropping a few places in the process. On the second lap Jelley locked up his brakes and allowed his teammate to close in on him. At the following corner he seemed to brake early causing Oliphant to bump him in the rear, this caused a concertina effect, Ingram managing to get around the outside of Oliphant while Jackson turned Oliphant around trying to get up the inside of the BMW. The resulting contact causing Jackson to retire. 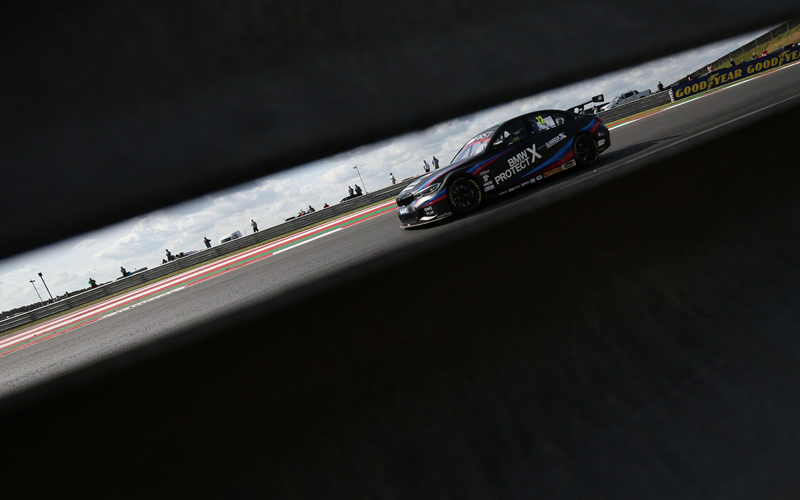 All the bumping and barging allowed Sutton to move up four places from his starting position and into third spot. Another making progress despite being sent sideways onto the grass on the first lap was Shedden, looking determined to get a good result in the final race he had worked his way into fifth spot by the end of the third lap. 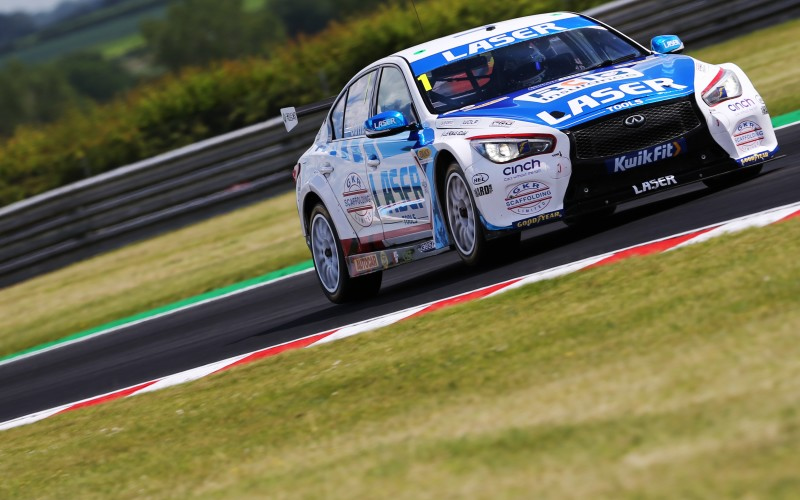 On the same lap Ingram took the opportunity to get past Jelley after the WSR driver ran wide at the first corner, Sutton tried to follow suit and gain a position but Jelley stood firm. Shedden tried to make the most of the situation by getting round the outside of Sutton, but he didn’t quite have the drive off the corner to make the pass stick. Sutton drove a great defensive race for the next couple of laps and then focused on getting ahead of Jelley. He achieved this on the eighth lap by divebombing up the inside of the BMW, Shedden tried to bully Jelley out the way at the same time but Jelley held firm. He only managed to stay ahead of the Scotsman for one corner though as Shedden sent his Honda Civic up the inside of the WSR BMW.

Ingram comfortably held onto first, giving him his first victory of the season and the EXCELR8 team and the Hyundai marque their first ever BTCC victory, ahead of Sutton in second and Shedden in third. 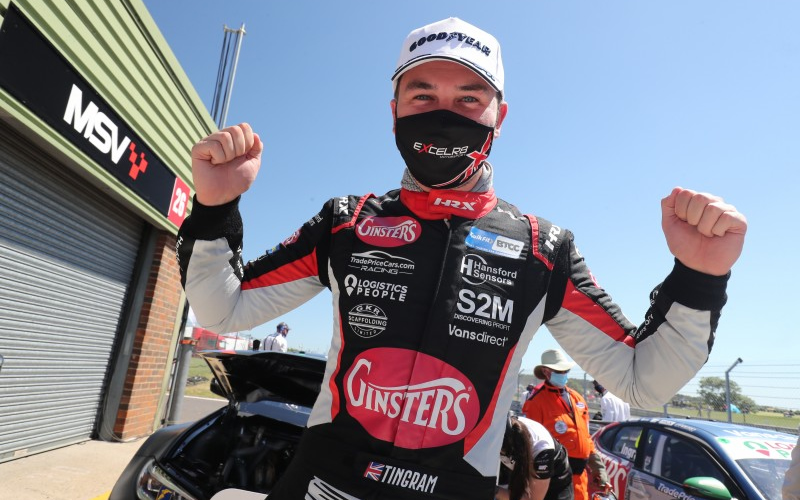 Ash Sutton’s determined drives in races two and three see him leave Snetterton at the top of the championship with 80 points. Tom Ingram sits in second just two points adrift after a consistent point scoring weekend, with Colin Turkington in third just three points behind Ingram. 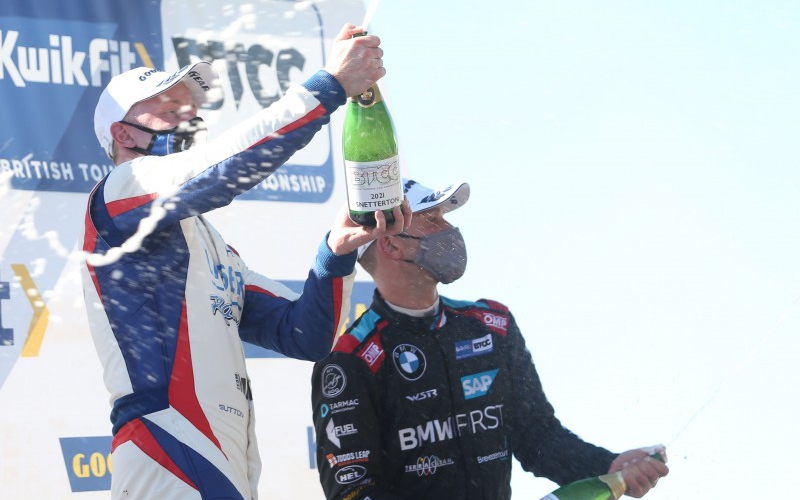 The next round of the championship takes place on the indy circuit at Brands Hatch on the 26th and 27th June.