Round 5 of the 2021 FIA World Rally Championship emerged from the Mediterranean island of Sardinia as an unexpected result for some but a total disaster in contrast for others. The rally produced a number of turning points, with Leg 2 on the Saturday becoming the most eventful.

From Heroes to Zeroes

The Hyundai World Rally Team started off the day (Saturday) in a strong position, Estonian Ott Tänak in the rally lead with his teammate Dani Sordo behind in second. The signs were that the Korean automobile brand was going to continue on in their history of success on the Italian island once again. 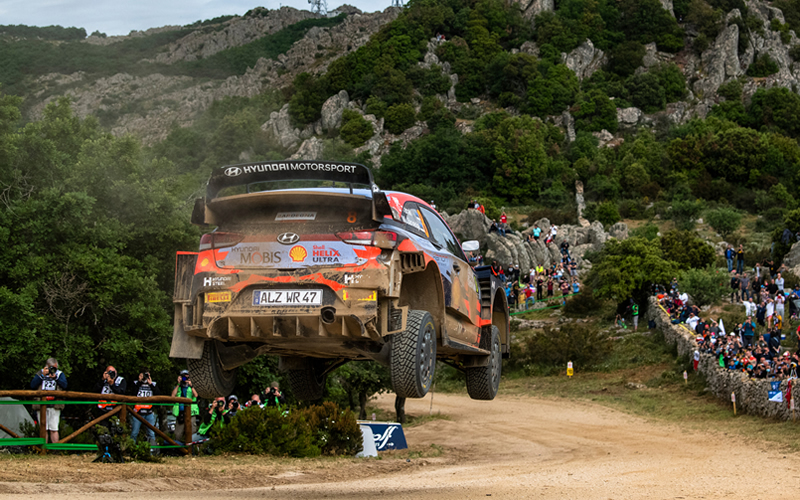 However, on the final stage of the Saturday morning loop, the then rally leader Tänak was once again out of the rally. After hitting a large rock that was on the racing line, the impact damaged the suspension and wheel to his i20, once again forcing him into retirement from the lead of a rally. 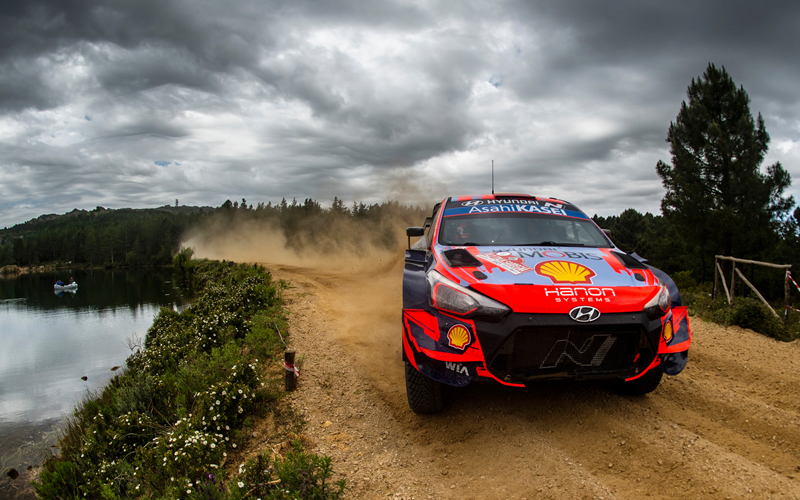 The pain for Hyundai continued on into the afternoon loop when Sordo then made a mistake, ripping a corner off of his i20 and sending the car up onto its side and out of the rally also.

From what started off as looking like a strong Hyundai result on the scorecards, the day had instead ended with a Toyota 1-2; with Sébastien Ogier leading the rally ahead of his teammate Elfyn Evans heading into the final morning of the rally. 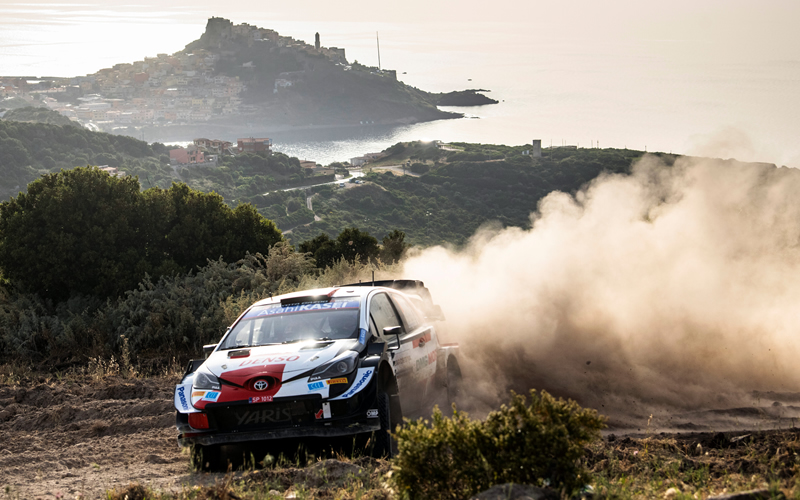 The final leg of Rally Italia Sardinia 2021 was a short four stage blast covering just 46km, made up of two new stages repeated. Baring anything untoward happening, Toyota were positioned ready to take their first-ever win in Sardinia. 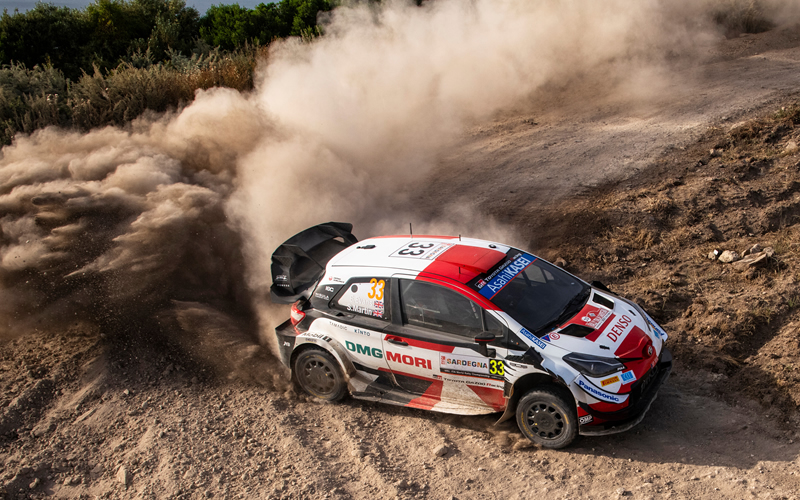 Elfyn Evans opened up the morning with the first fastest stage time, for which he repeated on the second run over the Arzachena – Braniatogghiu test to keep Thierry Neuville behind him in check without providing a whiff of a chance.

The final power stage shoot-out offered up one last opportunity for a bunch of super rallying drivers to salvage some bonus points to take away with them. Ott Tänak, Kalle Rovanperä and Dani Sordo were all able to grab some; but It was third place Thierry Neuville who took the Power Stage win and bonus points to end what was a disappointing performance for not just him, but the whole Hyundai team. 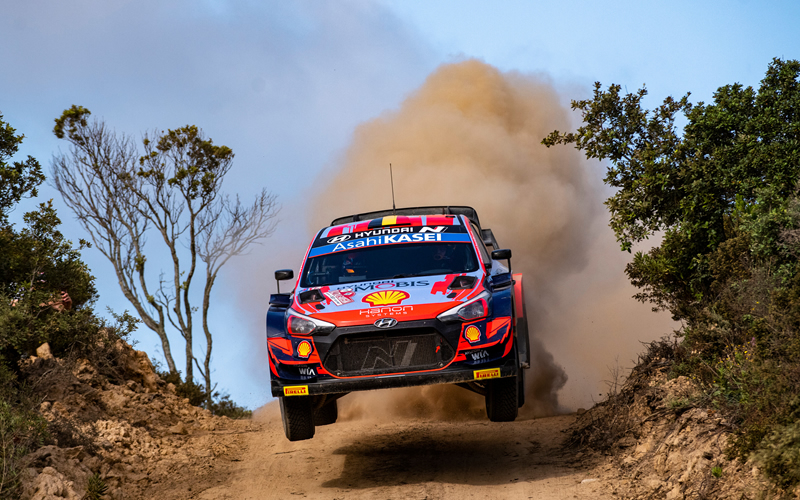 Elfyn Evans had a heart-stopping moment as he reached the Watersplash, taking on water, his engine coughed and spluttered and for a few seconds looked like it was going to give up altogether. Thankfully the engine kept going and he was soon on his way again to the finish line to claim second on the podium… how many times do we have to see last-minute drama for the Welshman? 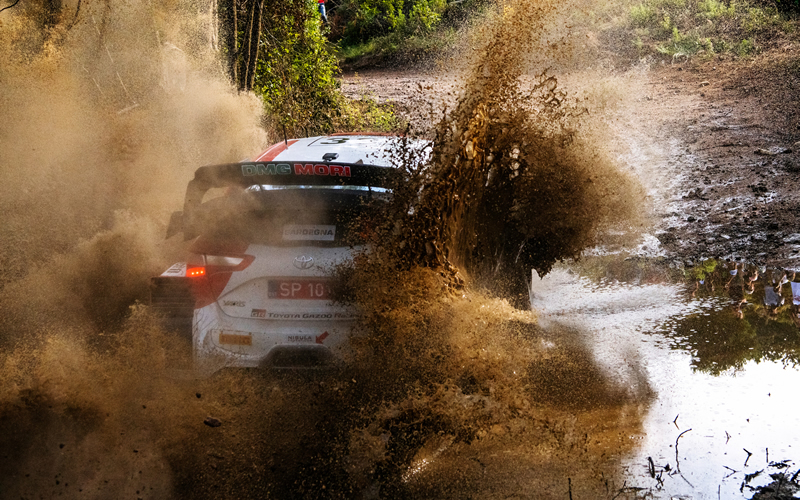 “A great result. Not the start of the weekend we wanted, and that’s really when the damage was done. It’s been a good weekend for the team, and we can be pleased about that”

And so an unexpected victory for Sébastien Ogier was very welcomed from the Frenchman, his first win on the island since his VW days. After opening the road on the first leg of the rally, playing road sweeper with the surface conditions on the stages, he crossed the finish line with 46 seconds in hand. Never in a million years would he have dreamed of winning in Sardinia from his start position and with Hyundais history. 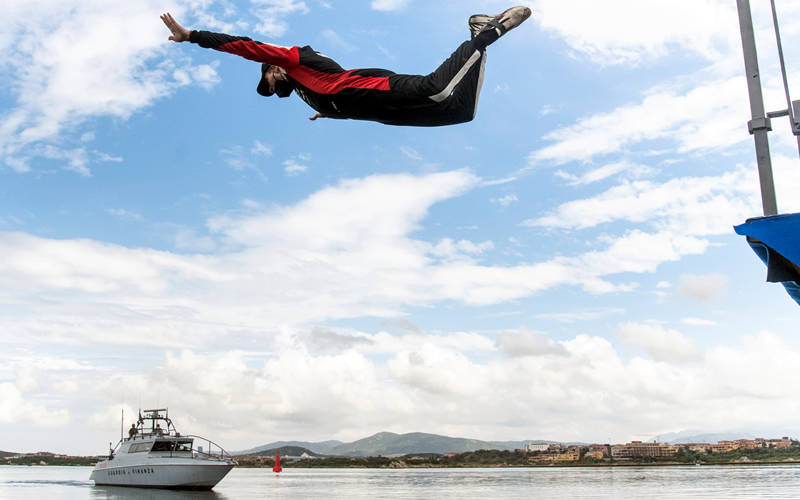 “It’s been an incredible weekend. Coming here first on the road, we were thinking we better stay home. We did some good job in the test and the car was working much better than in Portugal. We had an amazing day on Friday, and yesterday we managed to climb back up to the top. For sure, it’s good for the championship. I had a misfire for a long time after the water splash. We survived but lost a couple of seconds there. A very good weekend.”

Ogier continues to lead the drivers’ standings, 11 points ahead of his teammate Elfyn Evans. Thierry Neuville is the nearest Hyundai driver in third but like his teammate Ott Tänak in 4th, they both have a lot of ground to make up if they are to challenge for the title this year.

Toyota Gazoo Racing WRT stretch out their lead over Hyundai Shell Mobis WRT even further; which will no doubt leave the Hyundai boss Andrea Adamo in a tough situation with a lot of work for his team to pull off any kind of turnaround.

OSTBERG ON A MISSION TURNS TO ANGER

The final morning delivered enough entertainment in the WRC2 class also, Mads Ostberg started the final morning off with just a 2.7 second gap to make up to overnight leader Jari Huttunen. Ostberg was on a mission to take back the rally win and was able to regain the lead on the opening morning Arzachena – Braniatogghiu test. 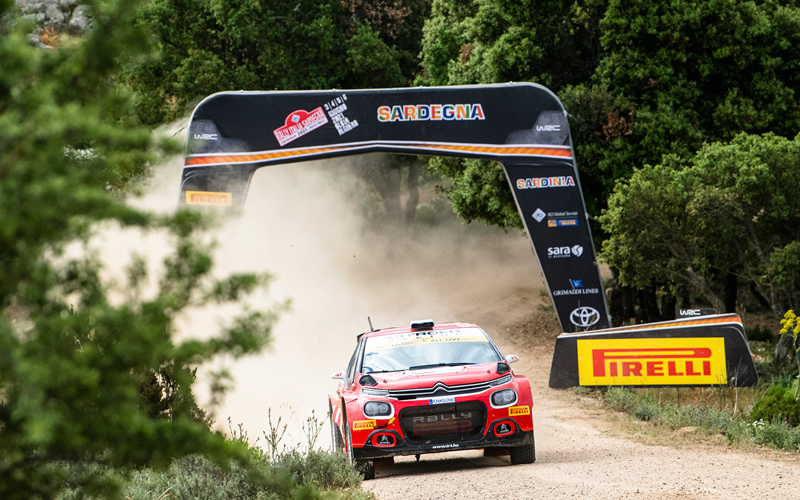 But on the very next stage that hard work would all go out of the window as he picked up yet another puncture. Ostberg and Co-Driver Torstein Eriksen were both fuming as they compleated the stage, Ostberg was punching the steering wheel whilst Eirksens pace notes were thrown onto the dash. At the stop line live on WRC TV the language used to express his anger was colourful, to say the least.

“I am so annoyed! All the things happening all the time. I touched absolutely nothing and I already have a puncture.!

Ostberg’s 5.2 second lead had now turned into a 17.4 second deficit with just two final stages to go and with it the chances of WRC2 class win had become very tricky. 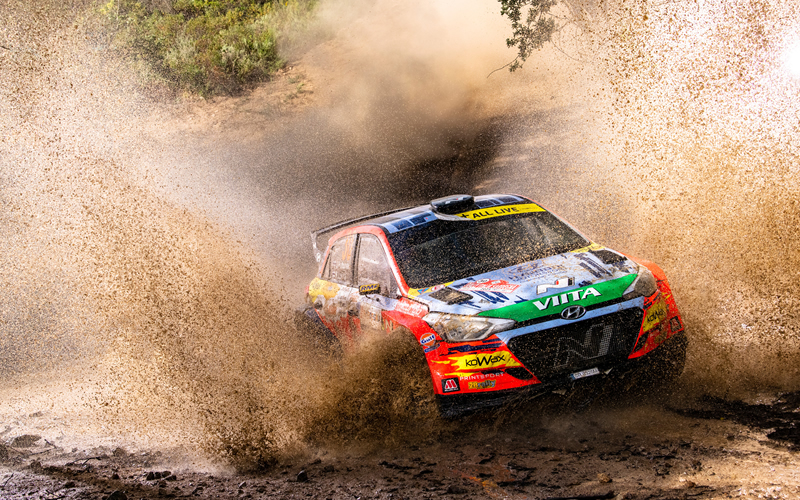 Ostberg managed to get the gap down and Finlands Jari Huttunen headed into the final power stage with a 2.1 second lead to defend, so 2.1 second wasn’t totally out of reach for Ostberg.

Except, it was this time, nursing a poorly brake system Ostberg brought the Citroen C3 Rally 2 home in second. Hyundais junior driver Huttunen had won the rally by 7.5 seconds.

It’s an unbelievable feeling. After a long, long break, I think it was quite a good rally for me. Every day we had some problems, which meant the pace was not what we wanted, but we are here.”

The FIA World Rally Championships moves onto the Safari Rally Kenya (24th – 27th June), for the long-awaited return of one of the great classics. Where no one will know what to expect or who will triumph. Expect it to be rough, tough, challenging, hot, dusty and a rally of attrition.