The next stop on the FIA European Rally Championship calendar was Latvia for Rally Liepāja, Round 2 of the 2021 season. For an event that started out as a Winter rally back in 2013 but then made the switch to the autumn for a gravel rally in 2016; this year it received its largest entry to date, with some 89 crews entered. 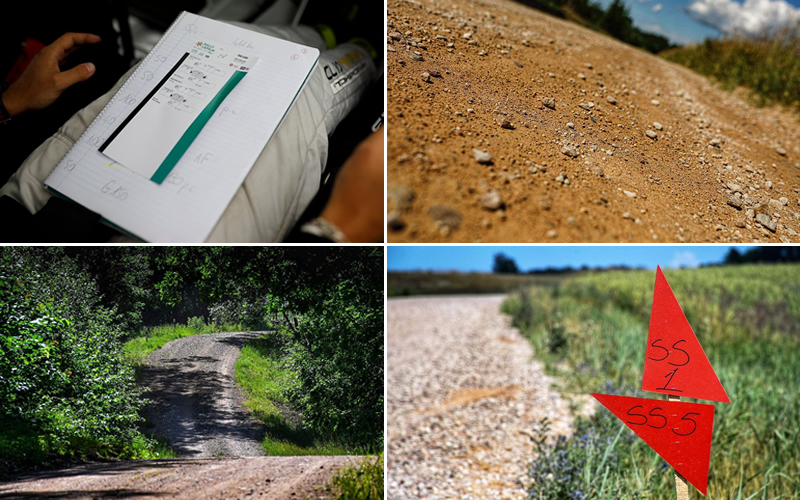 12 stages were originally planned to cover 183km but this was reduced to just 10. Poland’s Mikołaj Marczyk set the benchmark time in his Skoda Fabia Rally 2 EVO on the short 4.6km Shakedown test on Friday evening ahead of the two times (2016 & 2017) Liepāja winner Nikolay Gryazin in his VW Polo GTi R5. 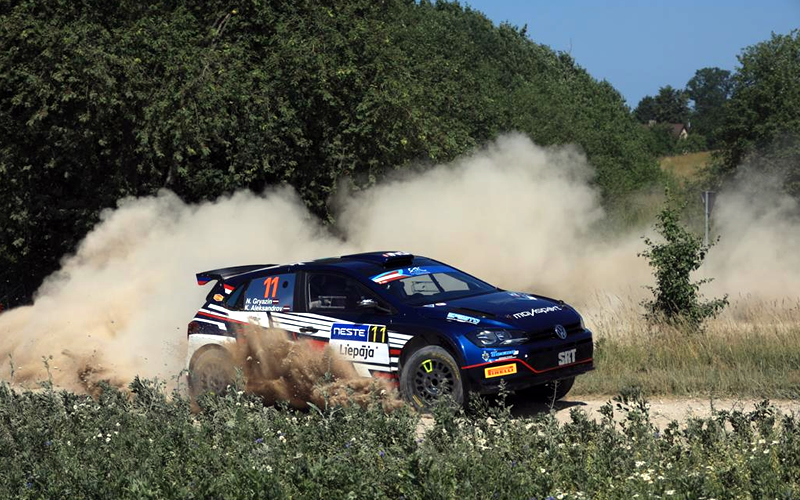 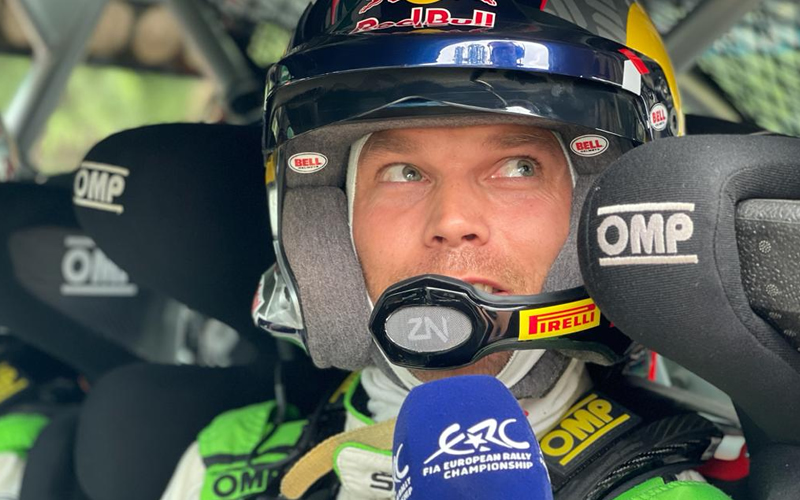 Elsewhere Irishman Craig Breen in the MRF run Hyundai i20 R5 was in third ahead of current Championship leader, Alexey Lukyanuk (Citroen C3 Rally) in 4th. While Norwegian Andreas Mikkelsen was hit with a penalty for starting stage 2 late which dropped him out of contention early on, from then on Mikkelsen would be on the back foot. 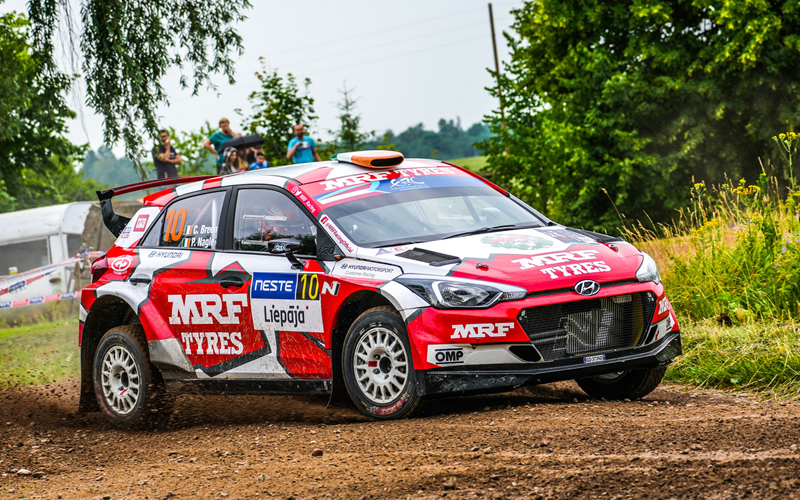 “All good, in some places I made the pace notes with WRC on my mind.” 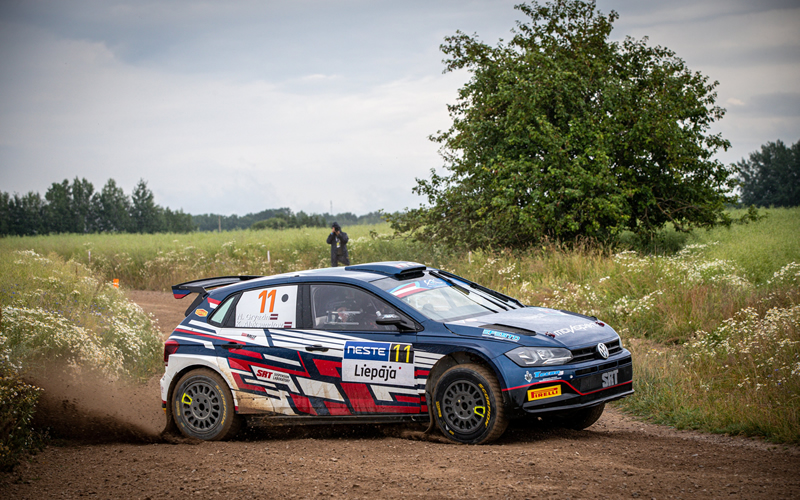 Gryazin ended the day with a final stage (SS6 Ramirent) win, beating Breen to complete his day with a clean sweep of all four stage wins. Heading into the overnight lead with 10.6 seconds in hand to second place Craig Breen.

“The strategy is working now, overall I’m happy to be in this position, even with lacking grip. Tomorrow it will be easier and we will see the real pace of other drivers”

The second leg of the rally would feature a further 6 stages covering 90km and overnight rally leader Nikolay Gryazin would open up the day with the first stage win of the morning on the 18km Neste – Palplaka test. Getting the better of Alexey Lukyanuk by just 2.6 seconds, Gryazin was looking to secure his first rally win of the year already, but Lukyanuk had now earned himself third overall and was 14.1 seconds behind Craig Breen. 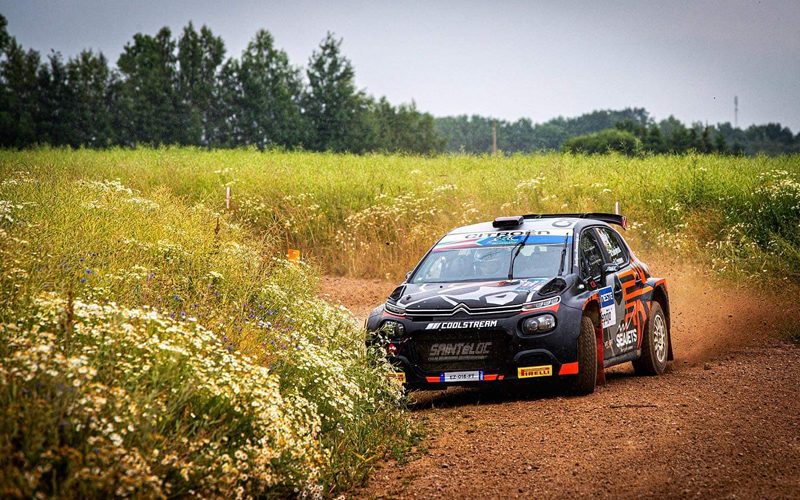 Spurred on by this opening stage, Lukyanuk went on to win the second stage of the day, his first of the rally and the first person to break the lock-out of stage wins from Gryazin. Gryazin did respond in the very next stage, grabbing the final stage win of the morning’s loop before service to extend his lead to 15 seconds over Breen.

“Not pushing at all, just trying to save the tyres, anyway I think we did a good job. Still, we have good pace, but no rush, no risk.” 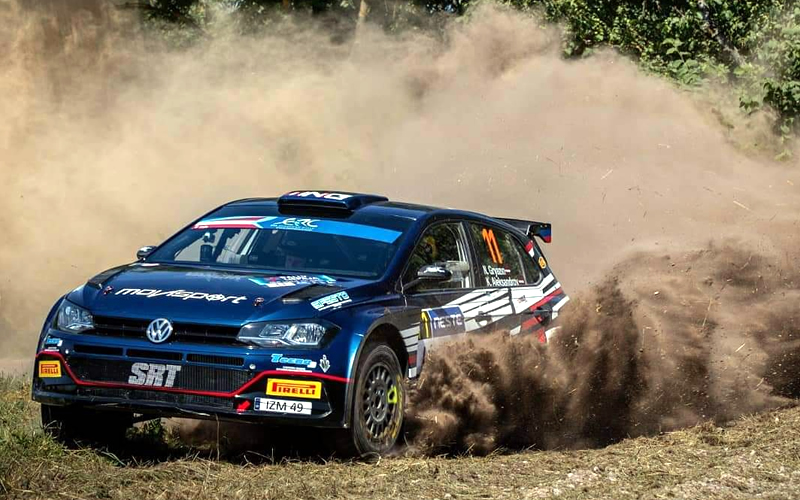 With just three stages remaining in the afternoon leg, Gryazin was looking good for the rally win. With his final stage win of the rally coming on SS10 the repeated run of Neste Paplaka, he stamped his authority over the likes of Breen and Lukyanuk behind him and was able to then cruise home to victory over the final two stages. 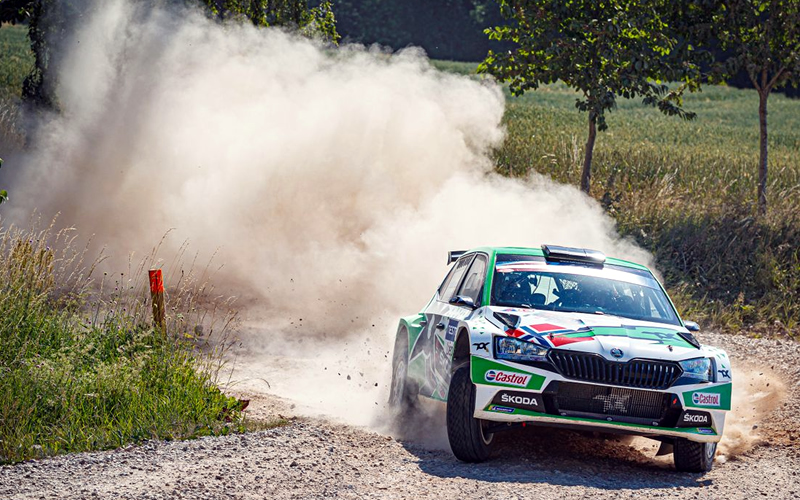 “It was a tough weekend, hard to understand the roads, really challenging. Like being in Finland for the first time.” 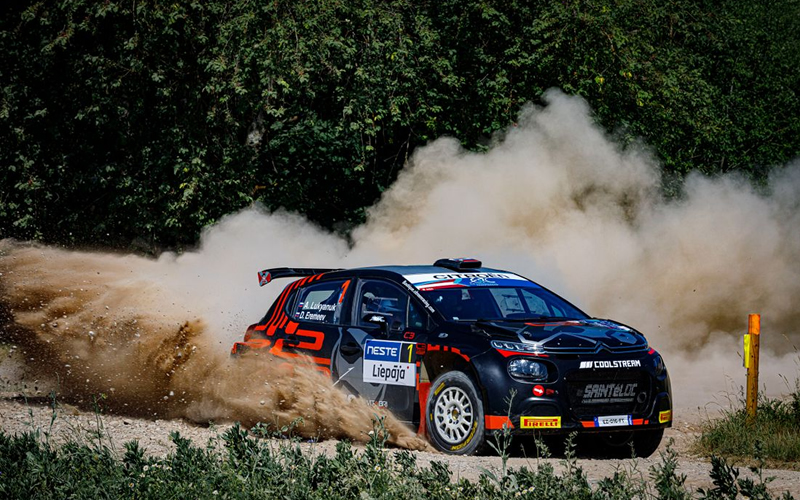 The best that Alexy Lukyanuk could manage in Latvia was the third spot on the podium, he didn’t really appear to challenge for even second place let alone the rally win. With no fastest stage times, he ended the rally over half a minute off the pace of Gryazin upfront but was still happy to end the rally with a relatively decent points haul.

“Fantastic weekend, nice and enjoyable rally. We are happy to finish it, hopefully, we are on the podium, in general, we shall be happy, we scored some points so let’s celebrate.” 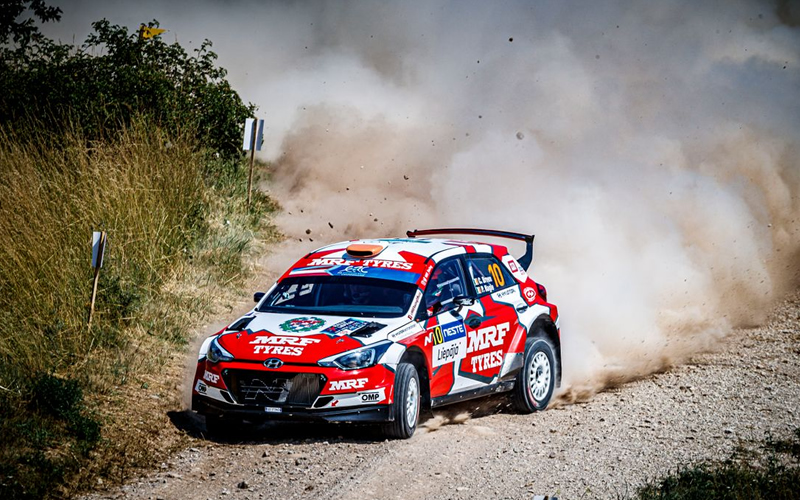 Irishman Craig Breen brought his MRF ran Hyundai i20 R5 home in second place, 17.3 seconds behind the winner. In what was a tough and challenging event for him, he can atleast be satisfied that the times were good, earning him a well-deserved podium finish.

“Finally we managed the podium for the MRF, tough rally but with progress from the previous year.” 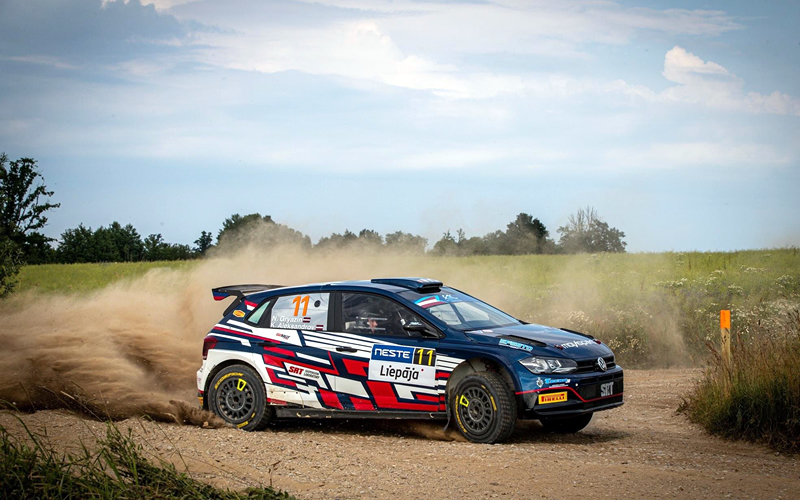 Finally after the unfortunate retirement last time out in Poland, Russain Nickolay Gryazin finally gets the win in his VW Polo GTi. Gryazin has been very much the man with the pace on both of the opening two rounds of the championship thus far, he has shown that he just may well be the man to beat this season.

“Incredible weekend, we are finally here, it wasn’t easy job, but in the last part I was relaxed, just getting through. I’m satisfied with all our team, it’s like home rally for us, so it’s time to celebrate.”

Seemingly bringing the fight to his fellow countryman and defending ERC champ Lukyanuk, Gryazin now has point on the board to mount his challenge for the title. Alexey Lukyanuk still leads the championship standings as the FIA European Rally Championships is hoping to head to Italy for the Rally Di Roma Capitale (23-25th July) on the first Asphalt rally of the year.