Ahead of Round 3 of the 2021 FIA World Rally Championships in Croatia, Hyundai WRT despatched its squad to the Italian coastal city of Sanremo for the 68th edition of this long-standing iconic asphalt rally. 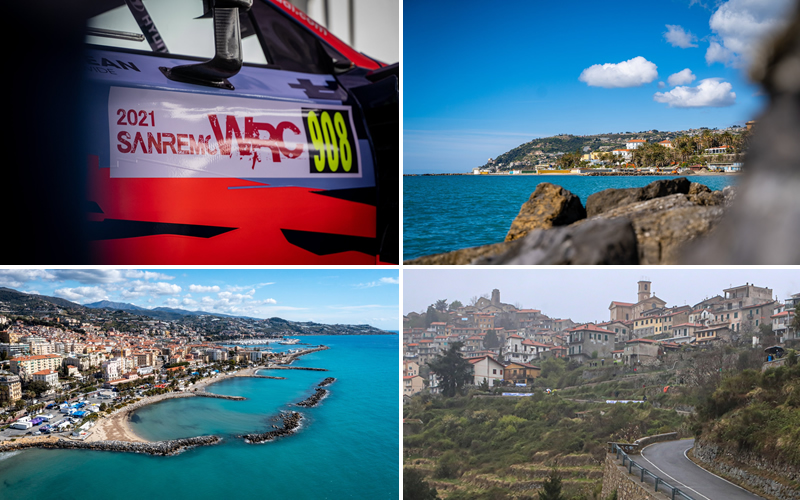 Whilst their competitors such as Toyota Gazoo Racing WRT opted for local pre-event test days in Croatia, Hyundai chose a competitive environment in addition to its preparation. With the aim of not only providing some valuable seat time on Asphalt for a number of its crews but also to gain some further experience of running the Pirelli P-Zero tyres under competition conditions. This Italian National event delivered an ideal mix of conditions allowing Hyundai to gain valuable data from using both the dry and wet version of the tyres.

Whilst Craig Breen and Oliver Solberg were out driving the R5 version of the Hyundai i20 in the main Italian Championship event. The teams leading drivers’ Ott Tanak and Thierry Neuville, were joined by a couple of others such as Pierre-Louis Loubet (driving for the Hyundai 2C Competition Team) to take part in a WRC only class event, which was to run alongside the national rally field. 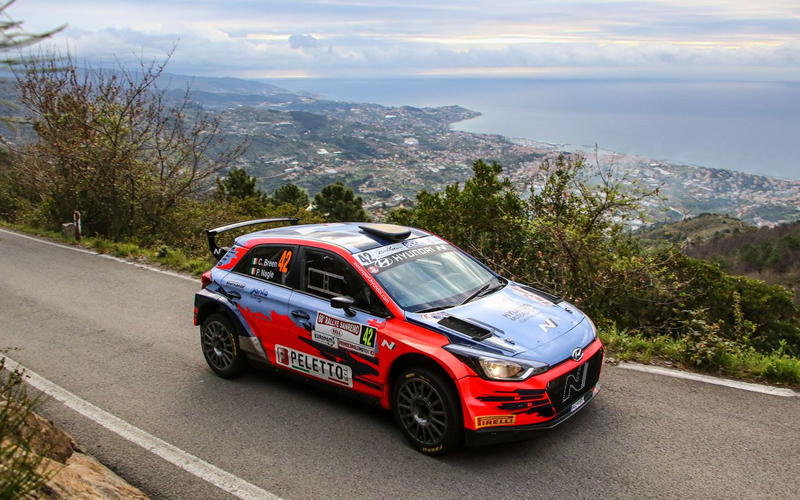 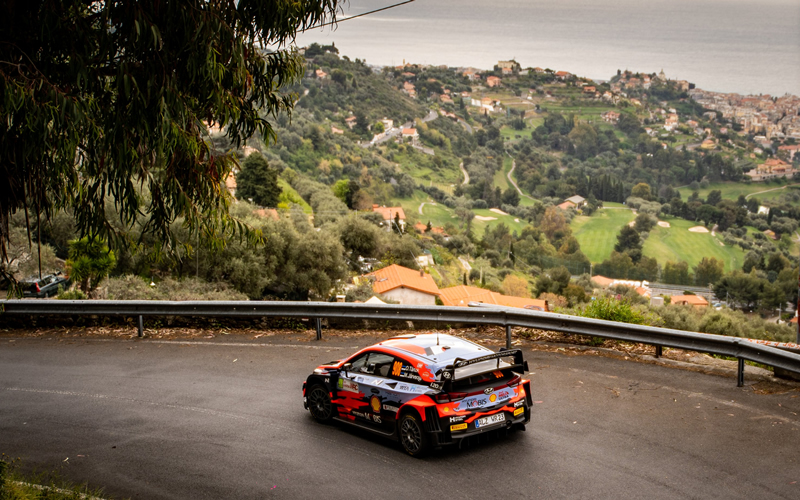 Estonian Ott Tänak appeared to have a good start to the rally setting fastest times on the first two stages of the morning loop. Unfortunately, he was issued with a 10-second penalty for a false start on that opening San Bartolomeo stage, which handed the lead over to his teammate Thierry Neuville. Belgian Neuville won the last morning stage and ended the loop with an 8.3 second lead over Tänak; however, he later also received a 10-second penalty but this was for arriving a minute late at a time control.

It has been a rainy morning, but conditions are consistent and the stages are actually quite nice. Our main goal is to get back the tarmac feeling for Rally Croatia and so far everything goes to plan”

The morning wasn’t such a great start for Breen and Nagal, seemingly caught still half asleep on the opening stage of the day; a number of Italian national competitors were able to capitalise on this. Italian National driver Fabio Andolfi in a Skoda Fabia R5 then assumed the position at the top of the leader board after the morning loop. Breen did, however, set the fastest time of the second stage of the morning, however, by the end of the loop, he had only managed to claw back 4th overall. 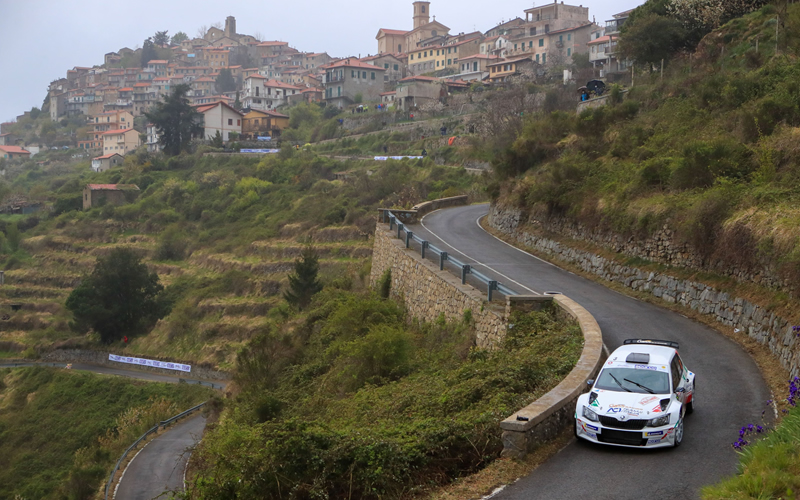 Oliver Solberg is not due to compete on the Croatian WRC round at the end of the month but was using the Sanremo rally to get some seat time and experience of the Hyundai i20 R5 car on Asphalt. 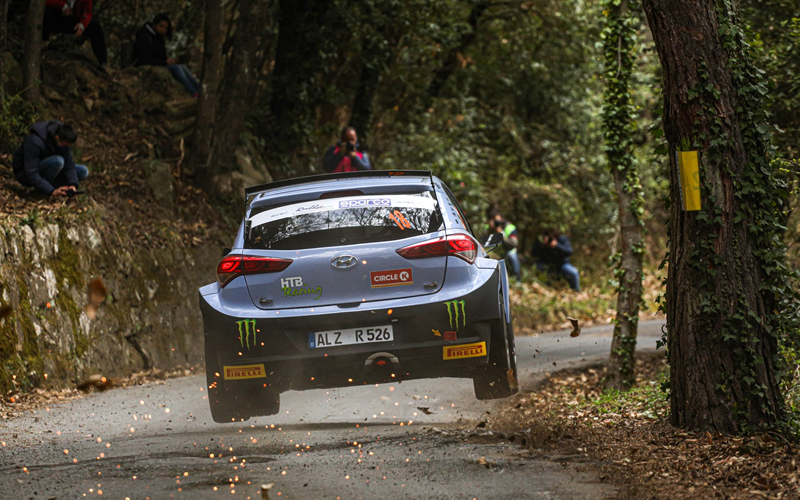 Solberg with his regular Co-Driver Aaron Jonhston (now recovered from COVID) back beside him, did not have a good Sanremo rally. Although he managed a 4th fastest stage time on the opening stage of the day (San Bartolomeo); in the next stage SS3 Colle d’Oggia, he went a little bit wide on one corner and touched a wheel. The damage subsequently resulted in the wheel coming off the i20 R5, forcing them into premature retirement.

Unfortunately, the rally ended quite quickly for us, We had good speed in the first stage and it felt good in the second. Unfortunately, we then went a bit wide and touched a little bit with the wheel and then it fell off.

The afternoon was a repeated loop of the morning’s stages with an additional 20km stage (Cesio – Caroasio), the longest stage of the rally to end the event on. 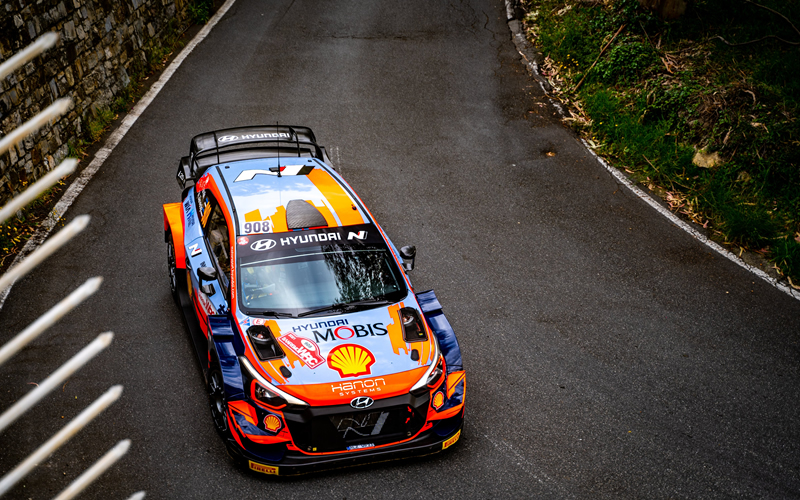 The WRC Rally class’s mornings leader Ott Tänak repeated his performance from the morning by winning the first two stages of the loop to extend his lead over Neuville by 3.5 seconds. On the penultimate stage, Neuville then fought back with a stage win to take the lead from Tänak; heading into a final service stop with a 2.6-second lead before the final stage of the rally. 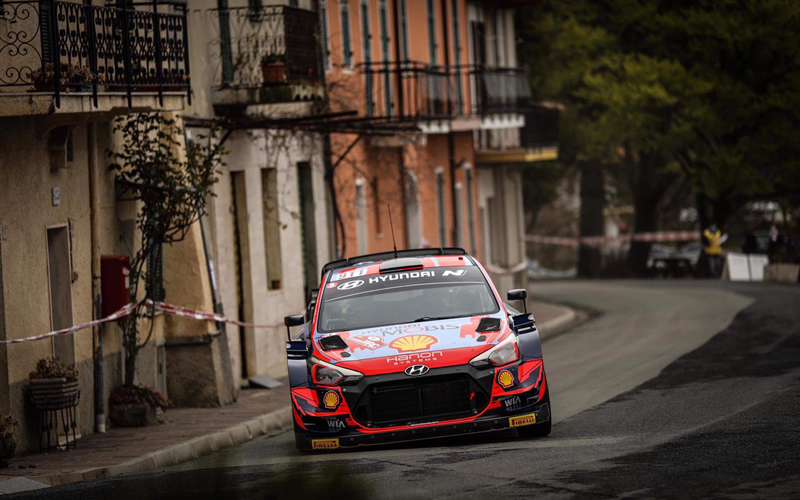 We got the rhythm and it has provided us with some good feedback. We did stall the car on the start line of SS5, but that was because we were trying a new launch technique, which clearly didn’t work. The rhythm with Martijn is getting better, it is all working out for us.

Meanwhile, in the National event, Craig Breen was on a charge moving up to take the lead of the rally after finally getting his second stage win of the event in SS6 Colle d’Oggia 2. With just one final stage to go Breen now had a relatively comfortable 11.5 second lead over second-place and the leading Italian National driver Andrea Crugnola (in a Hyundai Customer Racing i20 R5 car). 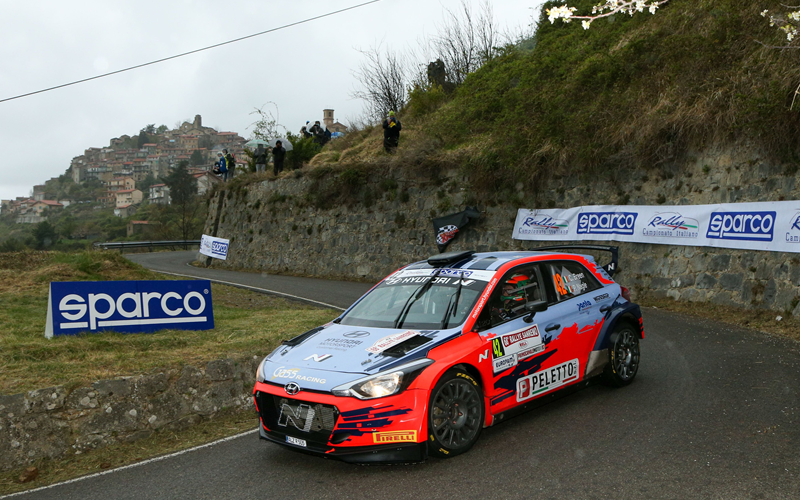 And so it was a final 20km stage showdown between the two lead Hyundai WRC drivers. Although this was really just a test event for them, the competitors in them both would always happily take the win over their team-mate. Theirry Neuville was able to bring it home to secure the WRC Rally class event win with a final stage fastest time, to beat his Hyundai teammate Ott Tänak by 3.9 seconds. 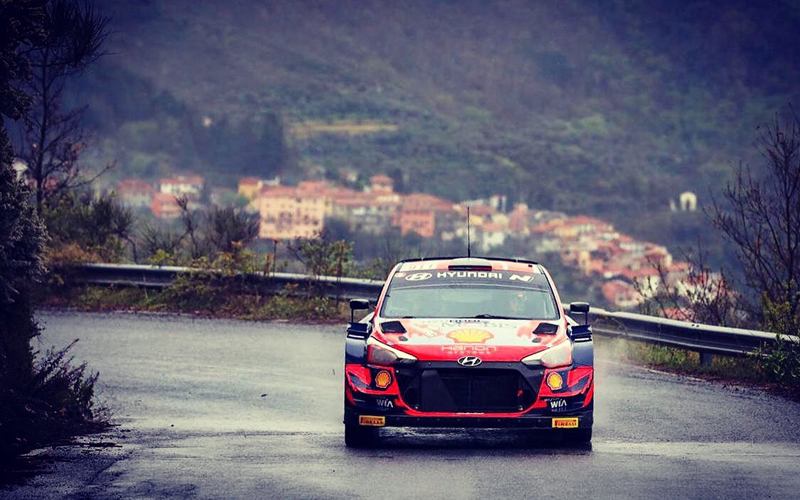 It was a great weekend, such beautiful stages and we had changing conditions which was perfect to prepare for Croatia. Thanks to the team for a very good job and to Martijn also.

Craig Breen cruised the i20 R5 car home with a 4.8 second lead over the leading Italian national driver Andrea Crugnola. 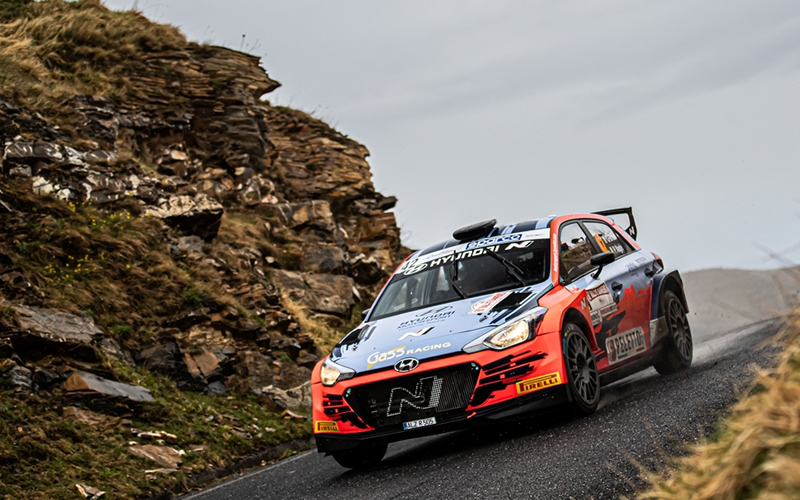 It was nice to be back out in the car again this weekend, I have nice memories from around these roads. The car felt great and me and Paul felt ready.

Neuville, Tänak and Breen will now be able to take this test event and all that they have learnt away with them as they head to Croatia (22nd-25th April) for the 3rd round of the FIA World Rally Championship.