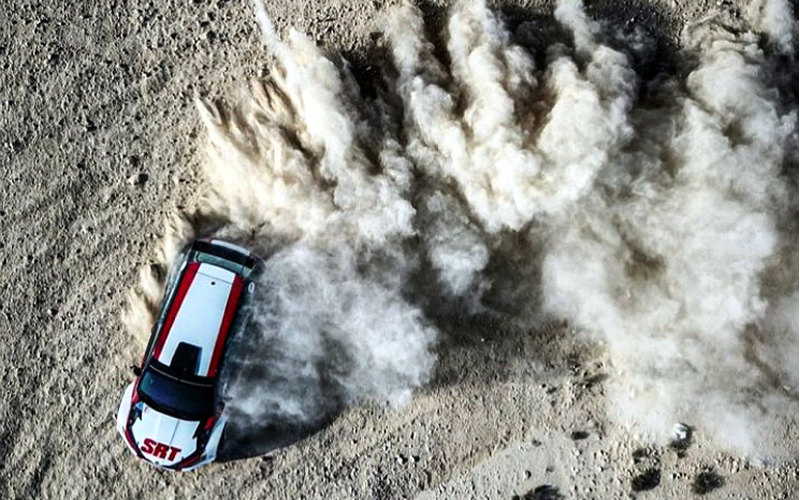 Former WRC driver Meeke had recently taken part in the Dhaka Rally where he competed in the Lightweights for PH-Sport and arrived in Qatar to similar conditions. Finishing the world-famous Daka endurance event last in category, did however prepare him well for the fast desert tracks of Qatar.

Al-Attiyah a 15 times Middle East Rally Champion and former multiple Daka winner himself is no stranger to this level of competition, having competed himself many times in the WRC2 series, he was prepared to bring the fight to Meeke on this, Al-Attiyah’s home event.

A total of 208km spread over 11 stages faced the 22 competitors which started on Friday evening with a short 4.40km super special stage (SS1 Katara), where Meeke who was joined by Co-Driver Sebastian Marshall in a Skoda Fabia R5 won the opening stage beating Al-Attiyah by 6.6 seconds. 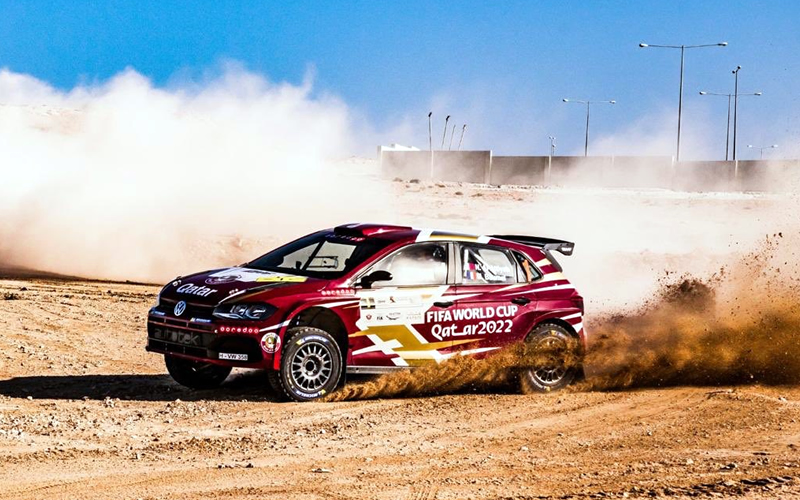 The first full day of action featured four gravel stages (two stages repeated) over 85km, and it was Al-Attiyah who opened up the day with his first stage win (SS2 Eraida 1 – 20km) in the VW Polo GTI R5 beating Meeke by 6.5 seconds.

Meeke immediately responded by winning the next stage (SS3 Al Thakira 1) and as they headed into the midday service, Al-Attiyah had a 13 second lead. Meeke followed up that stage win with another on the repeated run of the Eraida Stage and the battle heading into the final stage of the day appeared to be hotting up with only 10 seconds separating the pair. 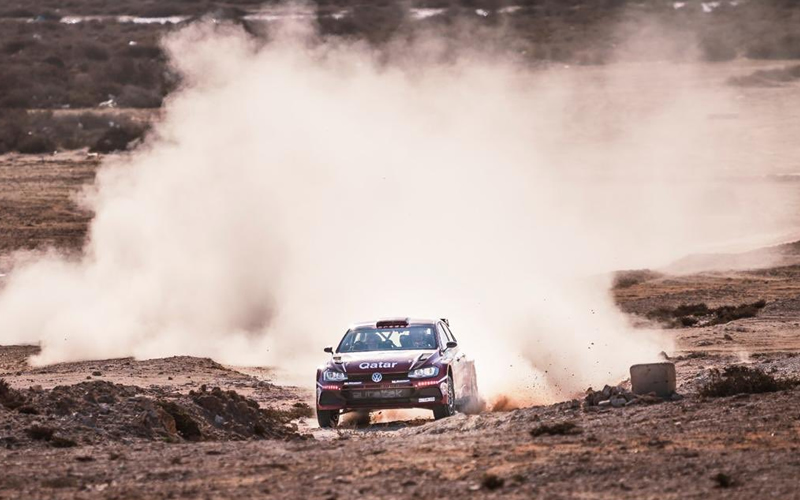 However, on the final stage of the day (SS5 Al Thakira 2) on what seemed like a relatively small jump, Meeke damaged the front of the Skoda Fabia. The damage incurred was to the radiator and its associated pipework under the front bumper, Meeke could not continue under his own steam back to the end of day service and ultimately retired from the event. This left Nasser Al-Attiyah to end the day with a whopping 1 minute 40 second lead over closest MERC contender Abdulaziz Al-Kuwari. 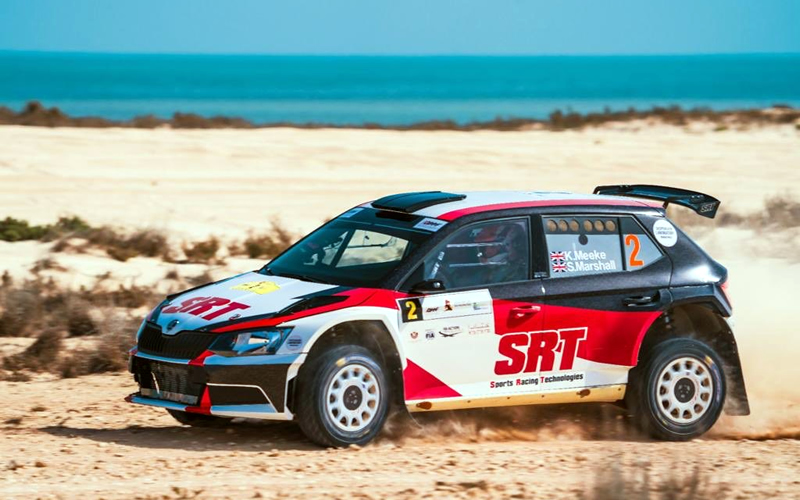 “I really enjoyed the experience, it’s like a different kind of rally, its a bit like a jigsaw puzzle, to try to work it out, I found it a challenge. I’d love to come back to Qatar”

With a further 6 stages to compete on over the last day which formed the bulk distance of the rally (123km), with the lead that Al-Attiyah had built up over the opening day, there was only going to be one winner really. 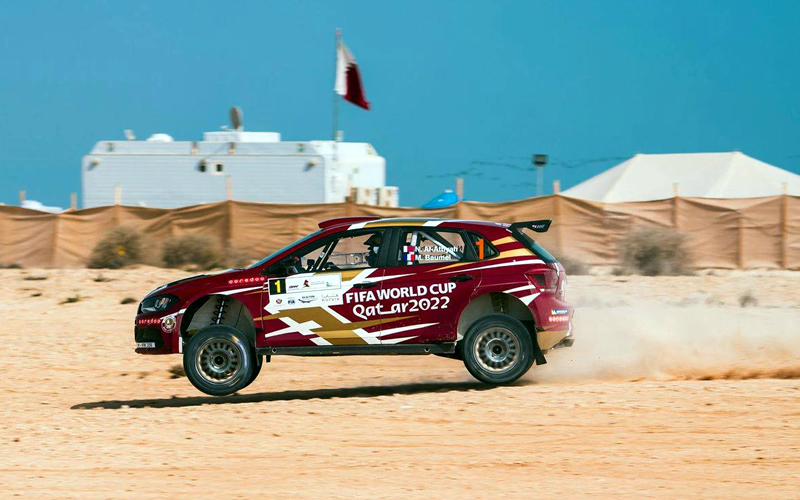 Al-Kuwari (a previous Qatar Rally winner) last rallied back in 2012 was competing in a TOKSport run Skoda Fabia R5 EVO and did manage to pick up three stage wins, but the experience of Nasser Al-Attiyah was enough to manage the lead and bring the VW Polo GTI R5 home for the victory.