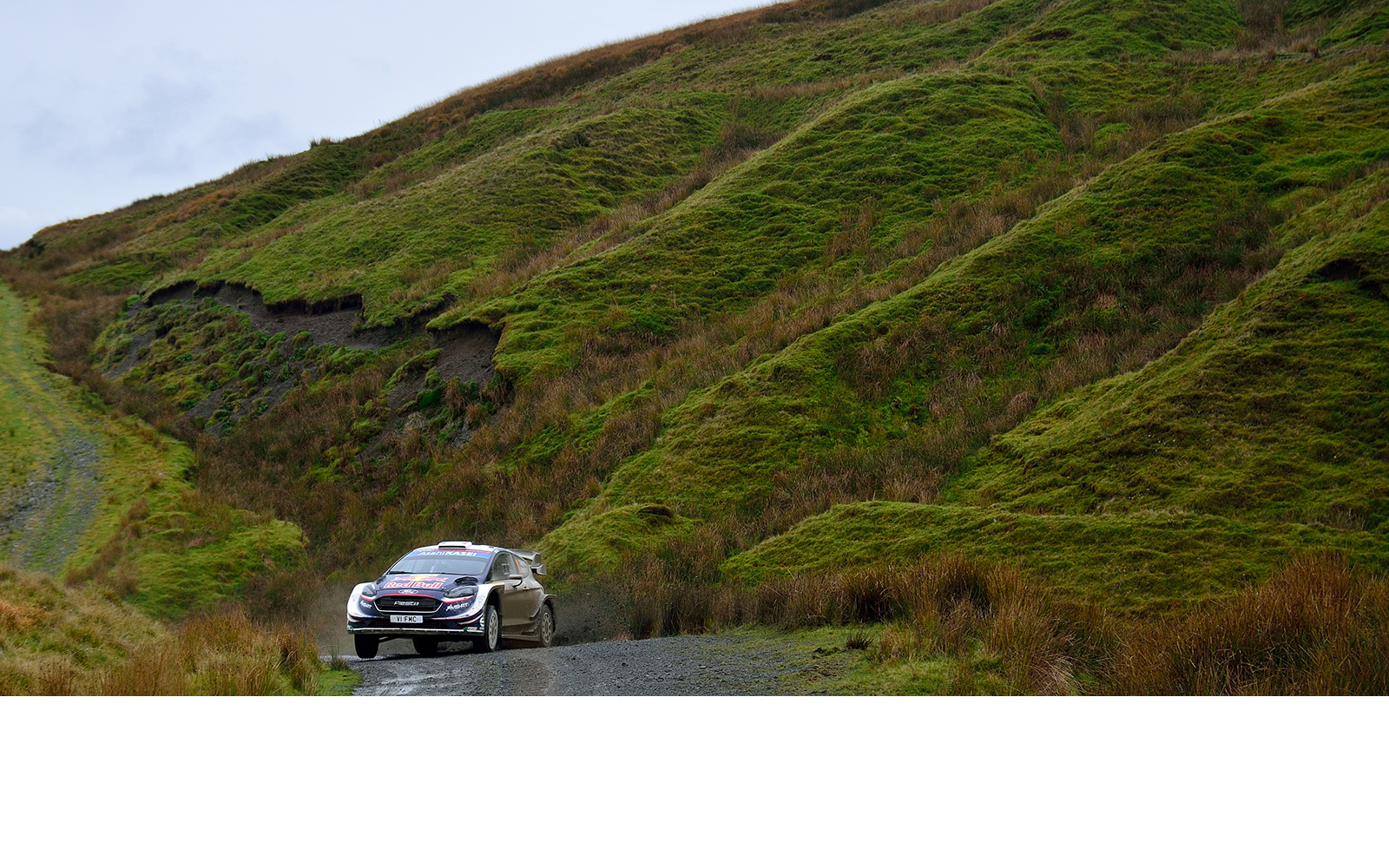 When one thinks of Rally GB and what makes this event so iconic to the FIA World Rally Championships the main thing that comes to mind is the conditions, the wet slippery and muddy surfaces that can be found in the stages of North and Mid Wales offers the perfect challenge for the World’s best drivers.

Rally GB has always hovered around the end of the Rally season and some argue that the later on it in the year it is, the better, providing more chances in seeing these classic GB conditions that we associated with the event. Thursday mornings shakedown had arrived and we grudgingly found ourselves in the eastern part of Clocaenog Forest once again, this venue is wearing a bit thin in our books but hey we were here and so was the WRC so let’s try and make the best of it.

With the belief that he was still in the title fight, Toyota’s Ott Tanak who had won previous events in Finland, Germany and Turkey was on a mission to add Wales Rally GB to this string of wins and with the hope of keeping the three-way title fight going.

The opening day was a tough one, it started off with a run in Clocaenog Forest, followed by a long stage; formed by the joining of the Brenig and Alwen stages. A return to the Penmachno stage, before a couple of runs over a new spectator-friendly stage, billed as Slate Mountain also featured on this opening day.  The afternoon was a repeat of the three main proper forest stages and by the end of this opening leg, Tanak had peddled his Toyota Yaris 28.8 seconds ahead of the current championship leader Thierry Neuville.

Saturday was a big day with big stages, heading into more of those classic Welsh stages that we all know well and love. With Myherin following the same route as first introduced on last year’s event being first up followed by Sweet Lamb crossing into Hafren Forest; before moving up to the Dyfi forest complex for runs in Dyfi & Garth; how could the organisers expect us rally fans to pick between them? For some questionable reasons a single very short route through Dyfnant Forest was added to the schedule this year, which we along with many others thought was a little bit pointless, as it appeared to add no value, we felt a little sorry for the marshals who had that gig.

The second stage of the day (Sweet Lamb – Hafren) was pure drama for Neuville, he lost more than 44 seconds by putting his Hyundai i20 into a ditch whilst trying to catch Tanak. But in the second run of that very same stage, rally leader Ott Tanak was dealt a cruel blow just 4km in, a heavy landing over a jump took out his radiator and left him with no option but to park up his Yaris. This allowed M-Sports Seb Ogier to take over the leads in his Ford Fiesta; just 4.4 sec ahead of Tanaks teammate Jari-Matti Latvala.

Moving into Sunday the final leg of the action, it was looking like the man with the Number 1 on his door was heading for the top spot of the podium, but that wasn’t without Latvala lack of trying. It was an early start to the day with SS19 Elsi starting at 07:20 am, fans then watched the Power Stage SS20 Gwydri 1 live on their mobile device whilst out in the sticks, something that’s is not normally possible when in remote parts of Wales.

A short distance from the Gwydir Forest on the North Wales coast was the tarmac of Great Orme; which played host to a spectacular town centre Motorsport carnival-like theatre. In front of thousands of fans on the second running of this stage, Ogier sealed his rally comeback to take win, strengthening his 2018 title hopes.

Ogier: “It was a huge weekend, such a tough fight, Toyota was very strong, Ott was so far ahead before he had his trouble and then Jari-Matti was so strong. I didn’t know if I could stay in front in the forests, but asphalt is a surface I like and we managed to secure the win.”