Following their pre-rally event test where the Hyundai pair of Ott Tänak and Thierry Neuville recently both competed on the Estonian Otepää Winter Rally and won the event with a team 1-2. Tänak and Neuville continued to get to grips with the wintery snow and icy conditions as they set the top two fastest times on the mornings shakedown for the 2nd round of the FIA World Rally Championships, on the outskirts of Rovaniemi, Northern Finland. 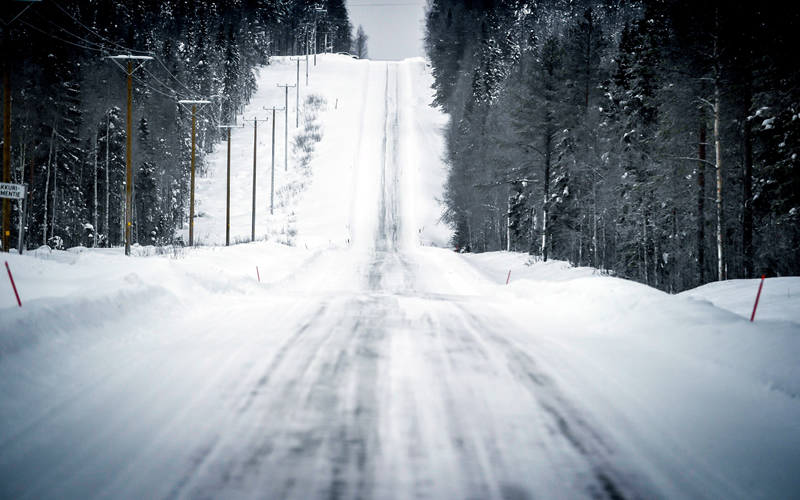 The temperature was around -2, which was a lot milder compared to the consistent -20 odd temperatures that were experienced on the national Arctic Rally back in January. Decent sized snow banks were to be found at the edges of the stage where the wider roads are not typical of the actual stages of the rally proper. However, with a nice compact ice-based surface for the 5.62km shakedown test, good levels of grip contributed to ideal conditions. The weather was rather gloomy so it was yellow filtered glasses all around which helps the drivers with the contrasting of the conditions. 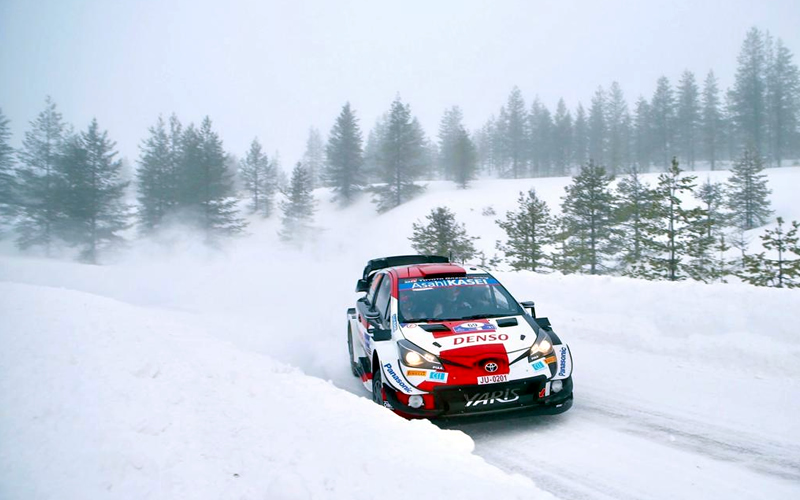 The fans favourite to win the event, Toyotas Kalle Rovanperä set the early pace on the first run in his Yaris; posting a time that was 1.9 seconds faster than Hyundai’s returning driver, Craig Breen who said “Snowbanks are Nice and Lovely, I can go like the clappers and carry so much speed”.

Irishman Breen followed up that first run by setting the fastest time on the second pass ahead of team-mate Tänak, while Neuville ended up stuck in a snowbank and did not complete his second pass. 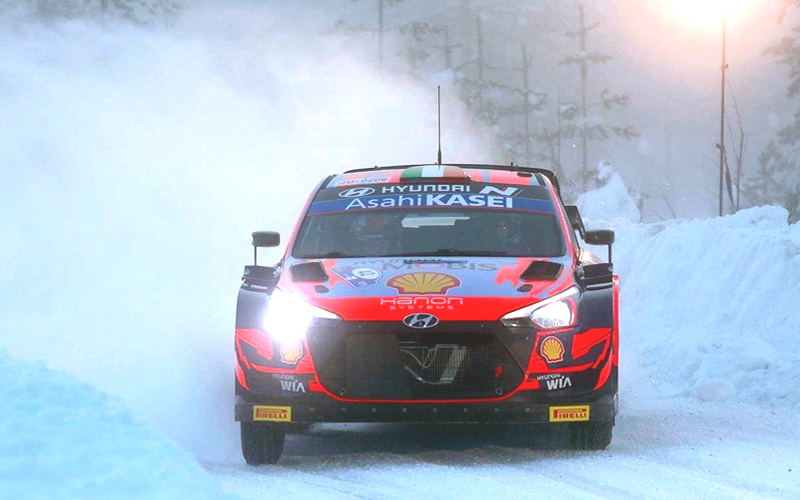 Tänak rounded off the mornings shakedown session the fastest time overall, just 0.7 seconds faster than his team-mate, Thierry Neuville. Japanese driver Tokamoto Katsuta was the fastest Toyota with a time just over 2 seconds adrift from Neuville.

Stepping up to a top-spec Hyundai i20 WRC car for this event was young Oliver Solberg for his first WRC outing at the highest level. Regular Co-Driver Aron Johnston had to sit this one out due to testing positive for COVID, but insteps the very capable Seb Marshall to call the notes. 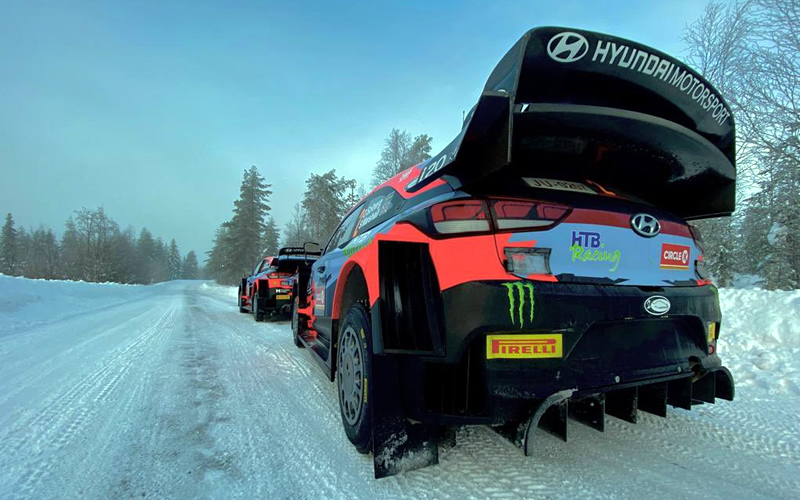 After only four practice runs it would appear that the young Swedish-Norweigein lad is looking more than comfortable in his new surroundings given that he posted the 6th fastest shakedown time.

Solberg said, “it was very fast with so much grip, it was great fun!” while stand-in Co-Driver Marshall kept him level headed saying “Hey come on its only the first time!”.