Making its debut into the FIA World Rally Championship this year and to the top level of rallying is newcomer Rally Croatia for round 3 of the Championships.

With its service park based in the capital city of Zagreb to the northwest of Croatia, this new Asphalt rally has already delivered an extremely challenging opening day for the worlds best rally drivers from the WRC, WRC-2, WRC-3, and Junior WRC. 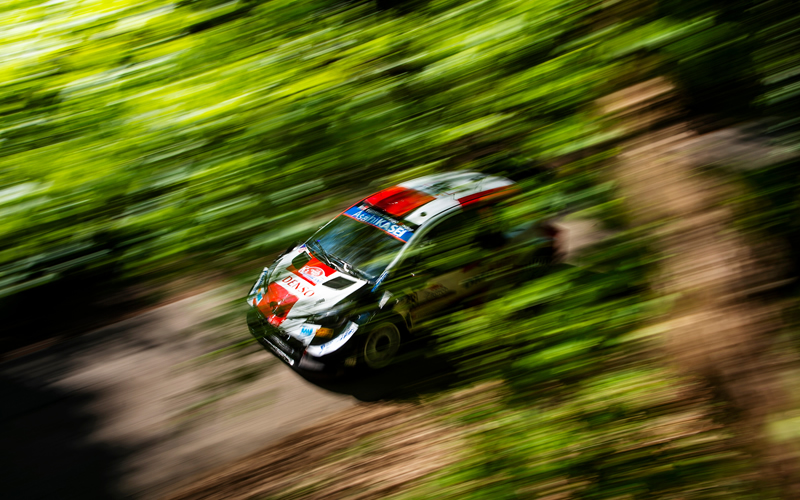 Following a short 4.6km shakedown test stage on Thursday morning, where Toyota’s Elfyn Evans topped the timings. Toyotas drivers (like the majority) opted for two hard and four super softs tyres for the opening morning loop of stages. Hyundai’s Ott Tänak who dominated the previous rally on the Snow and Ice in Finland at the Arctic Rally on the other hand, chose a different tactic with five hard compound tyres, only carrying one spare, perhaps a risky move considering how that turned out for him on Monte Carlo rally?

Heading to Croatia leading the championship after round 2, Toyota’s Kalle Rovanperä was first on the road. The opening stage of this brand new rally was the shortest of the event at just under 7km; but SS1 Rude – Plešivica 1, provided a “Rude Awakening” for Rovanperä who’s cold tyres contributed to him having a sizable crash at just over 5km in. 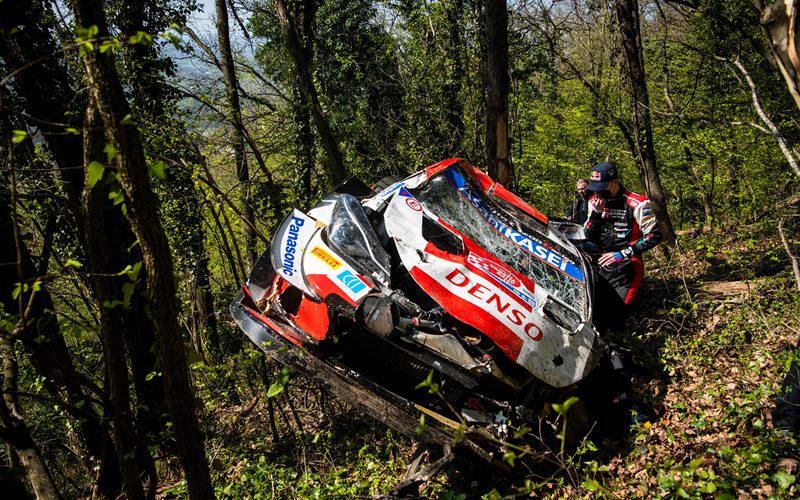 Hyundai’s Thierry Neuville who was next into the stage reported that he “lost the feeling and rhythm” when he passed the site of Rovanperä’s crash. However, the Belgian had won this first stage of this new rally and would now enjoy a cleaner road for the remainder of the day out in front. After only a few cars, we were already seeing some dirty cuts in places, Sébastien Ogier would be the first to suffer a puncture and by the time his Yaris had reached the stop line, his tyre was off the rim. His Toyota teammate Elfyn Evans said “Grip was pretty bad, the start was ok but toward the end, it was bad”, Evans had managed to post the third-fastest stage time.

Ott Tänak who had gone all hard with his rubber choice was now perhaps regretting it? “It was like ice, the road is full of sh*t, it felt like a long stage.” Tänak said, he was +2.1 seconds behind his team-mate, Neuville on this opening stage.

“it was not the best way to start, it was a very tricky corner, the grip was changing” “It was a difficult start for our team, it’s not over yet, the points are only given at the end of the rally”

SS2 Kostanjevac – Petruš Vrh 1 was the longest stage of the leg, nearing 24km in length and by the end of this second stage it was clear that it was proving to be a challenging rally, with regards to the ever-changing grip. 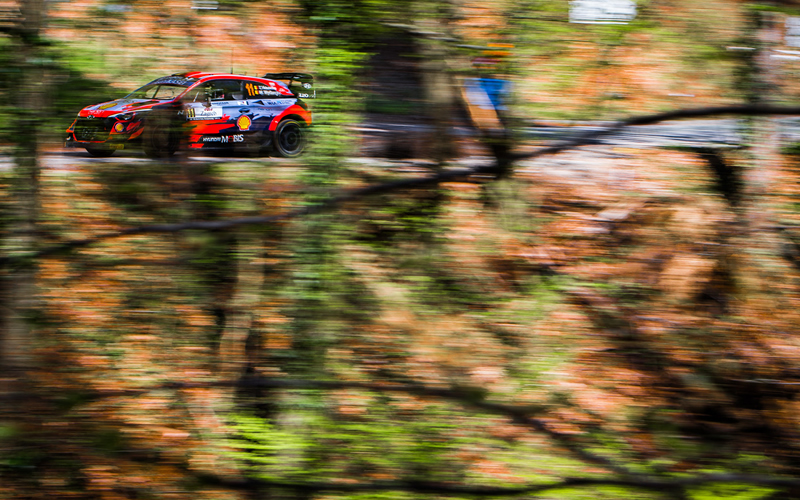 Rally leader Thierry Neuville posted his second fastest stage time here but reported: “Zero grip. There is zero grip. I had a lot of surprises and a huge jump where we landed very hard. We are here – I am lucky.”

The Toyotas of Evans and Ogier had both managed to pass Tänak in this long stage but it was clear that the best of the road conditions were indeed upfront with Neuville. 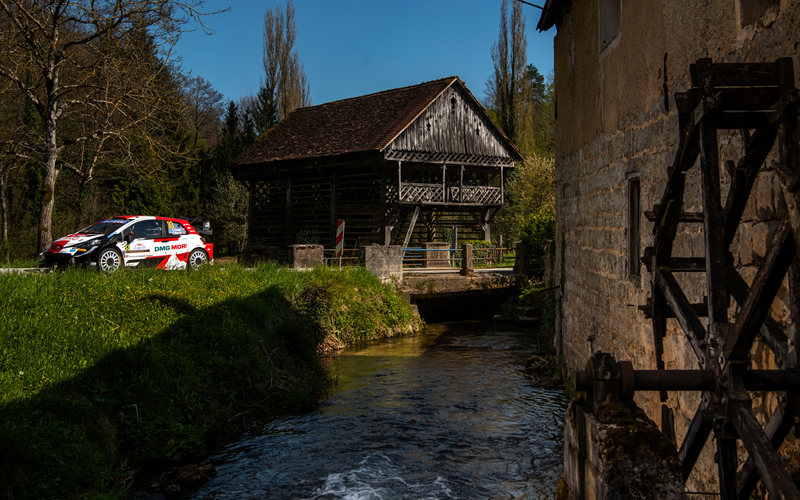 Stage 3 was the time for the Toyotas to bring the fight to Neuville, Ogier was now up to speed and unbelievably after the 10km stage both he and his team-mate Evans has posted the exact same time to jointly take the stage win. It was a close battle in this stage, Neuville was only 0.9 seconds behind the Toyota pair but had managed to hold onto his overall lead.

On the final stage of the morning loop (SS4 Pećurkovo Brdo – Mrežnički Novaki 1) Neuville fought back to protect his lead heading into the midday service. Neuville had fought off another challenge from Evans who was just half a second slower and Ogier another second slower in third. 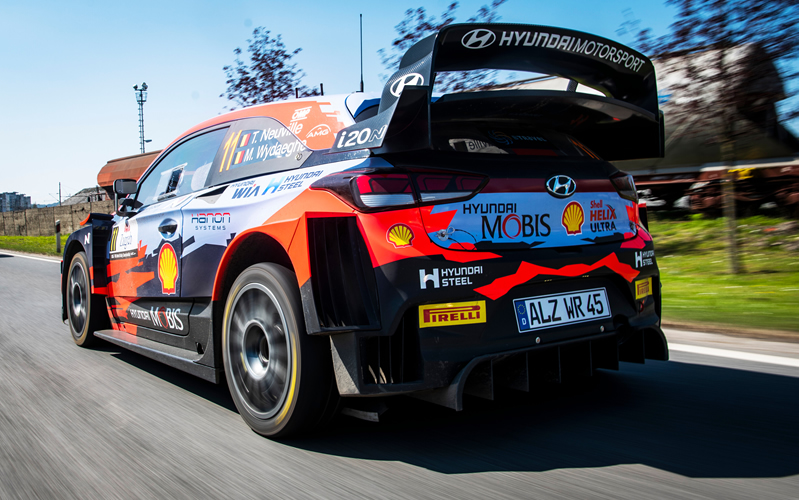 After the first four stages in the morning loop, Neuville had a 7.3 second lead over Evans in second heading back to the mid day service; but the fight between the pair of Toyotas (of Evans and Ogier) and Neuville was looking good.

“We had a decent loop. Obviously doing the best I can, the two last stages were really slippery as well. There were some really surprising grip changes.”

In the WRC2 battle, it was Nikolay Gryazin in his VW Polo GTi R5 who got the edge of the pack on the opening stage of the morning. But the rest of the mornings’ loop belonged to the returning Mads Ostberg who was soon back up to speed in the Citroën C3 Rally 2. 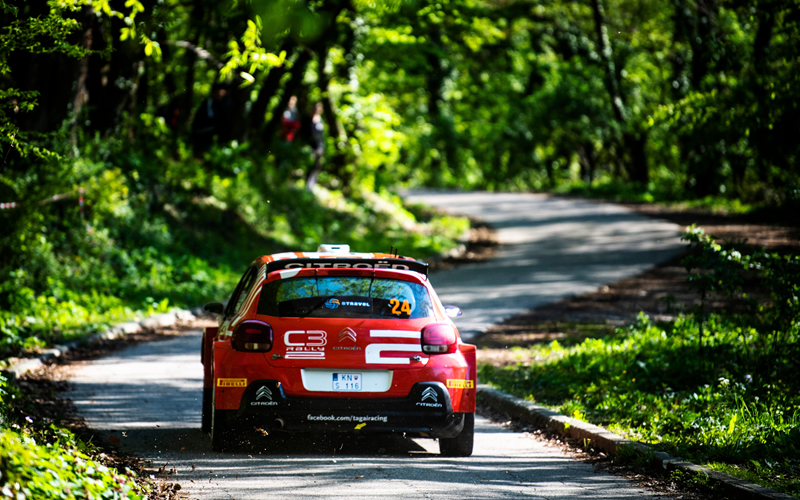 Mads who hasn’t competed in the WRC2 since winning the championships last year, clearly didn’t take long to get back to his winning ways. Posting 3 out of the four fastest stage times in the morning loop to head into the midday service with a 9 seconds lead over Gryazin. 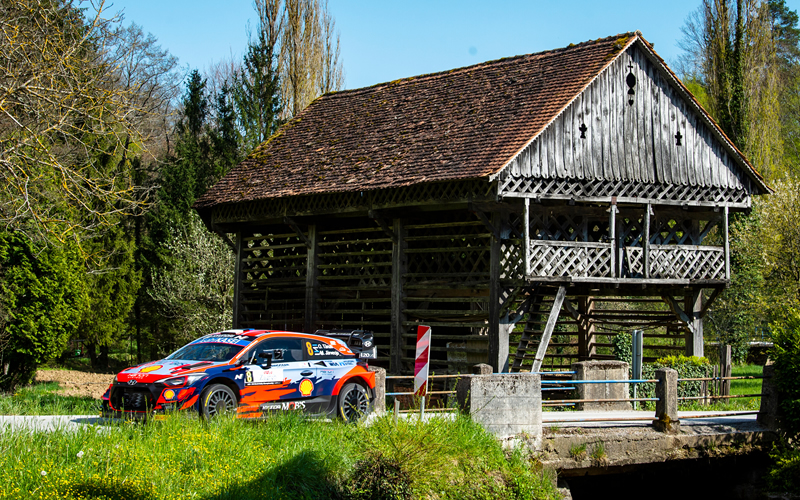 Back out after service for the repeated loop and a refreshed Ott Tänak was now in the mood to fight back, taking his first stage win of the rally and beating Neuville by just 1 second, but Neuville had a spin on a hairpin and lost a bit of time getting the car restarted.

“We tried to do many changes to get more comfortable. The conditions are so tricky so we’re happy to get through here.” 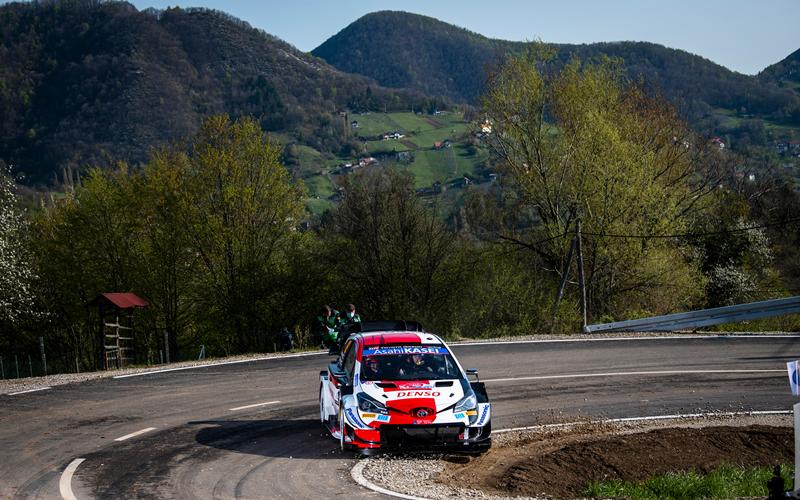 Frenchman Ogier responded to the Estonian Tänak coming up behind him in 4th and then won the next three stages of the afternoon’s loop. With SS7 netting Ogier his 600th stage win of his WRC career, this afternoon loop was where Ogier also overtook his team-mate, Evans, to end the day in second place, 7.7 seconds behind rally leader Thierry Neuville.

“We are in the fight and the car was good fun to drive this afternoon. There is a long way to go and I think we will have a good fight with Thierry and my team-mate Elfyn.”

Andreas Mikkelson who had dominated WRC2 class at the opening round of the season in Monte Carlo now finally had some stiff competition to contend with in Mads Ostberg. Mikkelson won the first stage of the repeated afternoon loop, but his time loss from the morning loop left him way down the timesheets. 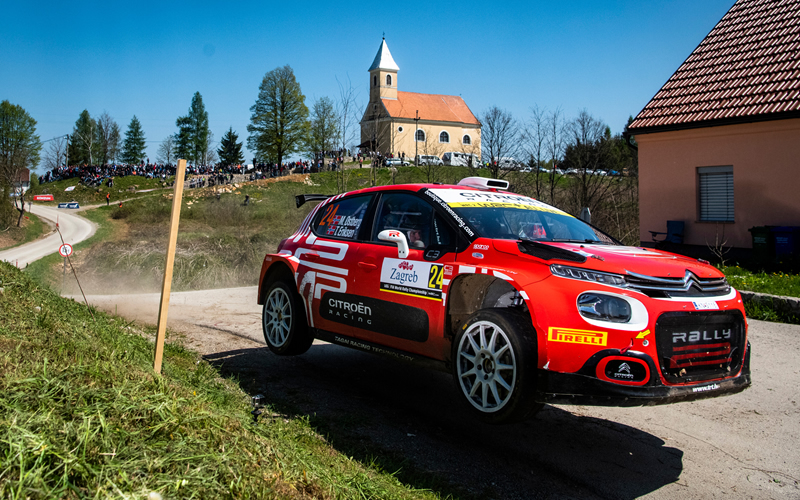 Gryazin grabbed his second fastest stage on SS6 but Ostberg responded in the penultimate stage (SS7) of the opening day with his fourth stage win. Gryazin finished the day with the final stage win to claw back a few seconds to Ostberg who lead the rally by 7.8 seconds at the end of leg 1.

The stages were a lot tricky this afternoon, it was quite rough with a lot of gravel on the stages, we tried to manage and stay out of trouble. Tomorrow is like a brand new rally, we just need to be on it