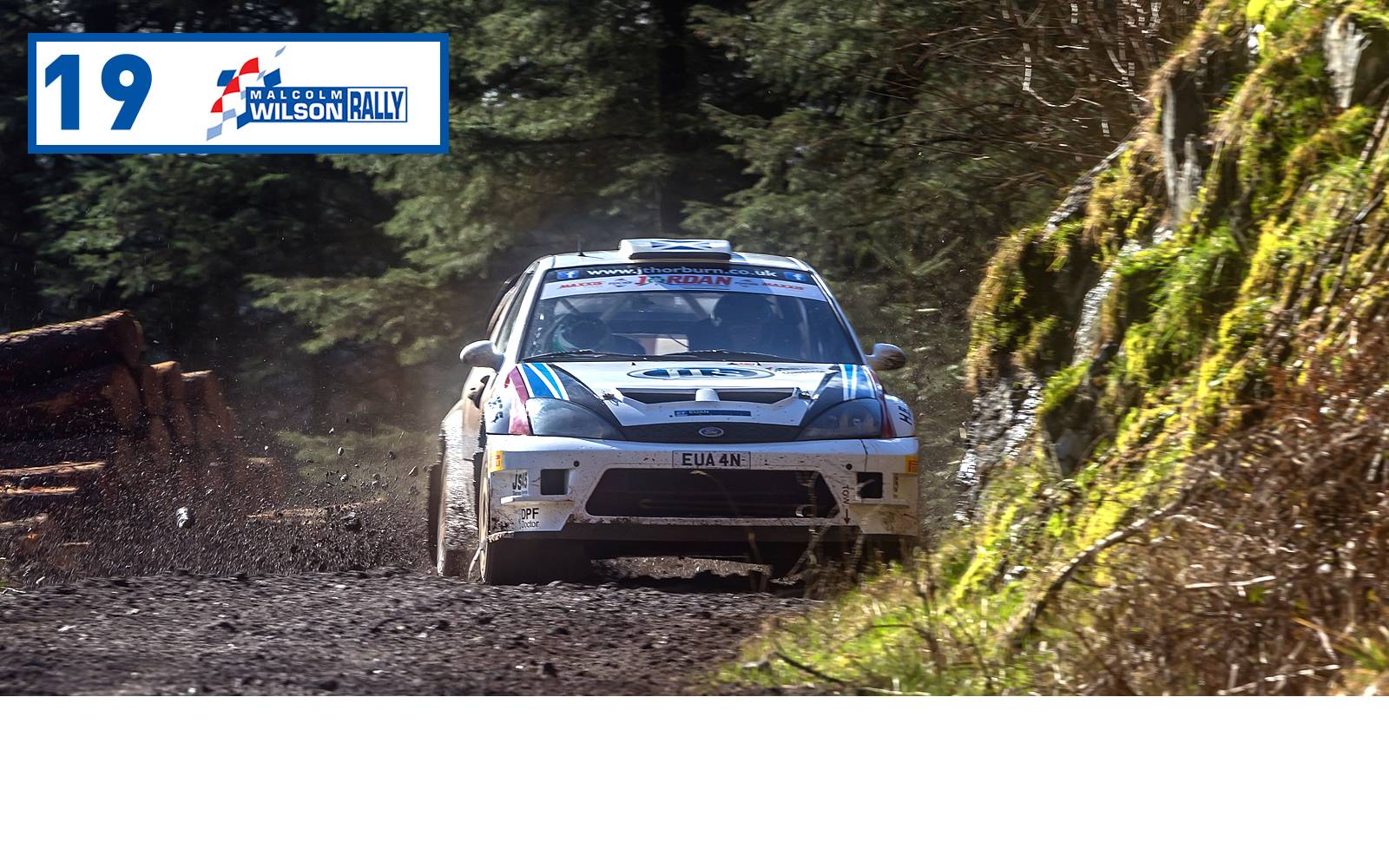 The BTRDA headed north to the wonderful Lake District for round 2, The Malcolm Wilson Rally. Last year’s event was cancelled due to wintry conditions and this year; the weather also threw in a curve ball on the day. 8 Stages totalling a little over 42 competitive miles awaited the 90 competitors, with Round 1 winner Euan Thorburn waring the No1 on the door of this Ford Focus WRC.

Irishman Connor McCloskey was out in an R5+ Fiesta for his first BTRDA outing of the year and was quickest off the mark through the short 2.68mile opening Hobcarton stage. He was followed by Ian Joel in the Ford Escort Cosworth; who was looking to get his campaign back on track following his early exit in stage 2 of the Cambrian, whilst Championship leader Thorburn was lying in third. Across the road in stage 2 Comb; the leader board would change as the conditions worsened with wintry weather hitting the stages that overlooked Bassenthwaite Lake.

Petr Krizan in his B13 EVO took the stage win here with Joel close behind in second, this put Joel in the lead of the event after the first couple of stages, which would surely have come as a surprise? Thorburn could only manage 6th fastest time in Comb, putting this down to bad luck with running order in the conditions that had unexpectedly manifested; but he at least was holding onto 3rd place. Meanwhile stage 1 winner McCloskey had dropped to 7th OA here and championship regular Steph Petch had landed his Fiesta WRC in a ditch and was out of the event already.

As the crews headed south to the first run through the Greystokes Forest it was clear that this early start mixed with the wintery conditions were not favourable to the BTRDA front runners. This trend continued with yet another new stage winner in Richard Sykes, another B13 EVO driver. Thorburn couldn’t even make top 10 times and McCloskey had now stopped after this stage retiring from the event.

George Lepley returned to the Forests in the Baz Jorden owned Hillman to “Avenge” another win over the Silver Star and Historic categories. He was the only 2WD car to mix it up with the top crews, finishing 11th overall, 1st 2WD, 1st BTRDA Silver Star and 1st Historic. Continuing on from his amazing performance on the Cambrian Rally – RD1 last month, he is now unbeaten in his BTRDA campaign thus far. The Malcolm Wilson rally was yet another strong performance and a great result for the young rally driver, who is fast making a name for himself in one of the top National series.

Another Round 1 winner Chris Powls was once again dominating the 1400s class in his Talbot Sunbeam, well for the first five stages of the day he was. Having built up a sizeable lead; in the longest stage of the day, Grizdale 2 it would all fall apart as he picked up a puncture costing him some two minutes. This enabled Callum Black who was out in an MG ZR to now get into a fight with him, Black would eventually take the class win.

As the better weather moved in for the afternoon, normal service started to return in the group of stages down in the Grizedale Forest complex. Thorburn had found the correct peddle and strung together three consecutive stage wins in SS4, 5 and 6 to take the lead with just two stages remaining. A single run over another short stage at Broughton Moor saw Thorburn stretch out his lead to almost a minute over Joel; leaving just the final stage, Greystokes 2 to run. Charles Payne popped up for the last stage win of the day which landed him 7th OA, a stage that also saw Richard Hill (in the Subaru Impreza) take the final top spot on the podium away from Petr Krizan.

Despite a final stage misfire Thorburn managed to bring home the win, making it two out of two so far. He continues to lead the BTRDA Gold Star Standings as the Championships heads back to Wales next month for a rejuvenated Rally Nuts Stages Rally; which will see a new format featuring stages in the Hafren and Coed Sarnua Forest complexes.