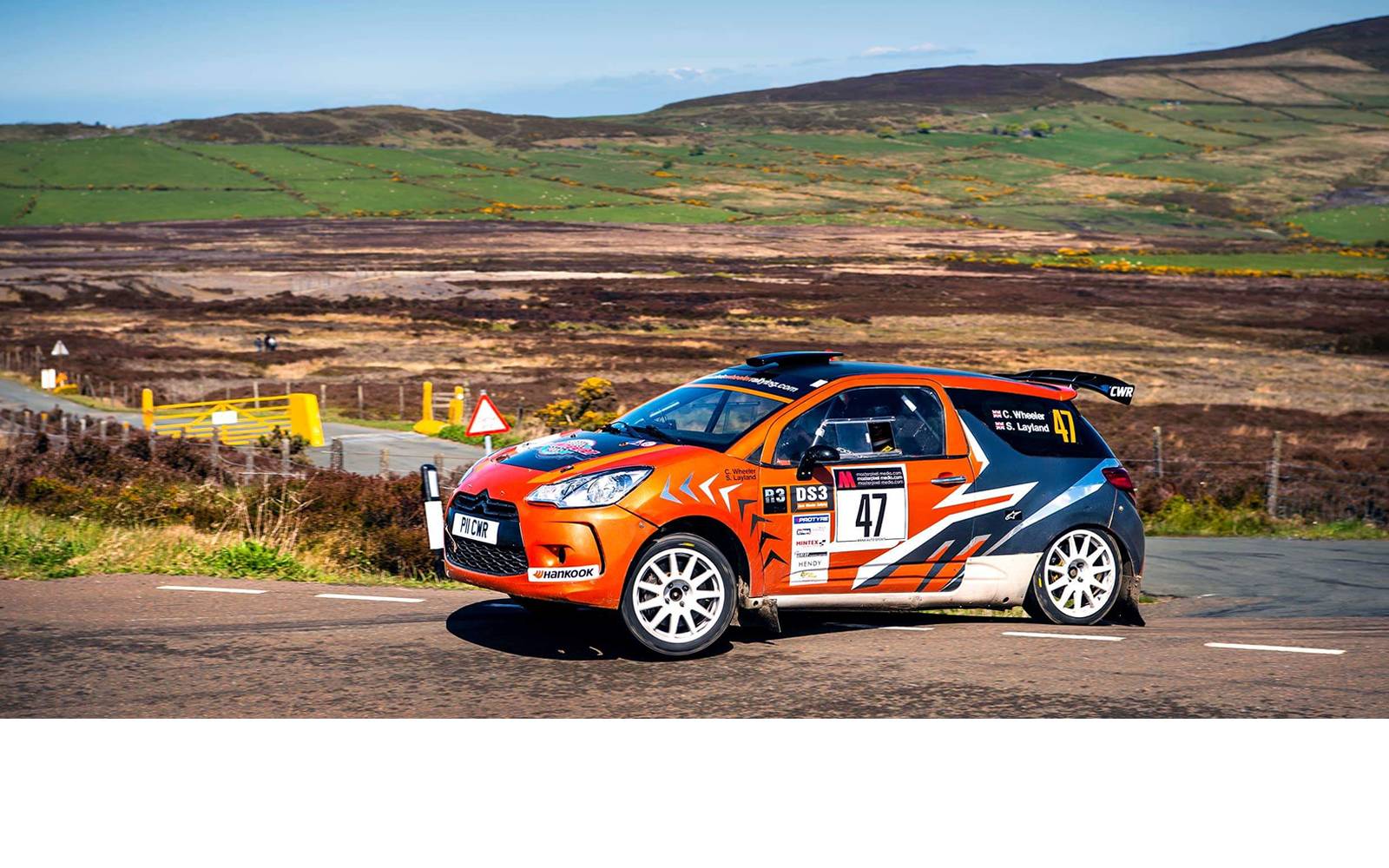 Chris Wheeler & Shaun Layland competed on the Manx National Rally last week in there Citroen DS3 R3T. The Manx Rally is an iconic event known for its technical roads & history.

Over recent years the Chris Wheeler Rallying team have not had the best of luck on the Isle Of Man, but this time they went to the island with anything but not finishing in mind. The last time Chris finished this rally was back In 2012 In a Ford Fiesta MS1.

The event held two days of competition which included four stages in dusk, four in night & eight on the second leg of the rally all in daylight. The stages totaled 100 miles of competitive driving.

Chris & Shaun spent two days of recceing the stages in order to prepare their pacenotes before the event got underway competitively. Friday morning the Manx Rally held a shakedown stage where crews could get a feel for the stages & the cars before the rally started that evening, this stage Chris went over twice in the DS3, everything felt great & the mood was happy in the team.

Leg 1 started with a loop of four stages, Chris & Shaun completed the first loop but was unhappy about the cars handling as they seemed to be fighting with the car to keep it on the road.

The CWR team made some adjustments before the second loop of four stages & sent Chris & Shaun on their way hoping the car would improve. The times had improved over the second loop but there was still frustration inside the car, the team had a lot of adjustments to make before leg two would get underway.

Leg two would be the longest day of the event, so all fingers were crossed that it would be a better day. The first two stages of the day Chris was a lot happier with the car, setting some good stage times. The following stages Chris climbed up the leader board & was sitting in a much better place.

The smiles where finally back inside the car and with the odd moment or two it looked like the CWR team would finish this event and put all the previous years to bed. The second to last stage was cancelled due to an accident of a previous car on the road leaving one more stage to run which was just over thirteen miles.

Chris & Shaun set off, knocking the miles down towards the finish, half way through the stage coming into a hairpin right Chris has a small ” moment ” managing to do a Scandinavian flick into the hairpin and managing to pull It off in front of the crowd of spectators, a sigh of relief was taken but the crew pushed on and crossed the flying finish.

Chris said this was a very tough event but one he enjoyed & to finish the rally with a third in class just tops the weekend off perfectly, bringing a award home.

Chris will be returning to the stages again in Northern Ireland on the 20th July for the Carryduff Forklift Down Rally.

Until then follow them on social media by searching Chris Wheeler Rallying: