Just a week on from the opening round of the 2021 Pro Tyres Motorsport UK Asphalt Rally Championships on the Welsh Epynt ranges, the series moved just across the border and into England for some action on closed roads.

The Cheltenham Motor Club organised, Hills Ford Three Shires Stages based around Ledbury, with its 14 stages covering 105km, offered up an exciting challenge for the second round of the Championship. With its opening ceremony in the centre of Ledbury on Saturday evening, rallying was once again brought right to the publics doorstep.

Championship regulars were joined by a handful of other well-known names such as Meirion Evans, competing in a VW Polo GTi R5 and British Rally Championship contender, Olly Mellors in his recently rebuilt Proton Iriz R5, following his massive off at the Nicky Grist Stages in July which almost wrote the car off. 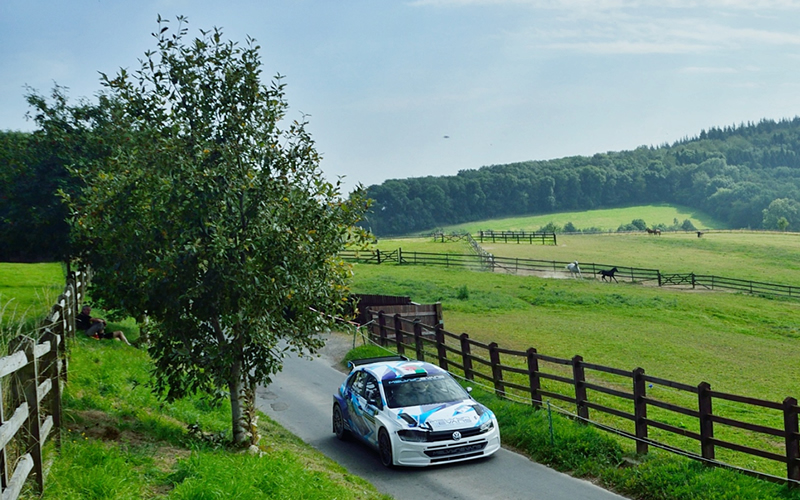 The rally got underway to the South of Ledbury with its opening 8.5km Gospel Oak test where Meirion Evans opened up the day with the first stage win, posting a time that was 4 seconds faster than Olly Mellors. Meanwhile, Jason Pritchard who had switched to a Ford Fiesta S2000 from his 2005 WRC spec Focus for this event, posted the 4th fastest time, 3 seconds ahead of Round 1 winner, Melvyn Evans in 5th. 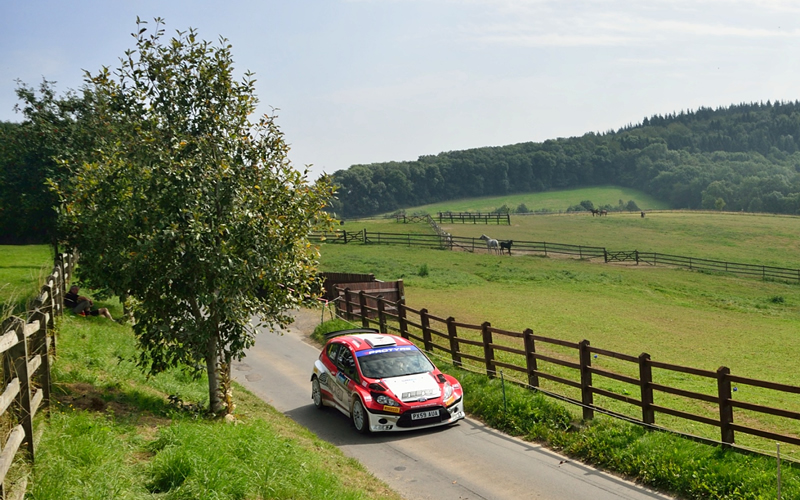 Mellors pulled out a stonking time on the second stage of the first loop, (SS2 Upleadon 1) posting a time that was some 21 seconds faster than the nearest competitor, Mark Kelly. Mellors took the overall lead of the rally from Meirion Evans here on; but crucially for the championship, Melvyn Evans had managed to catch and overtake Pritchard in this stage to move up into 3rd overall. 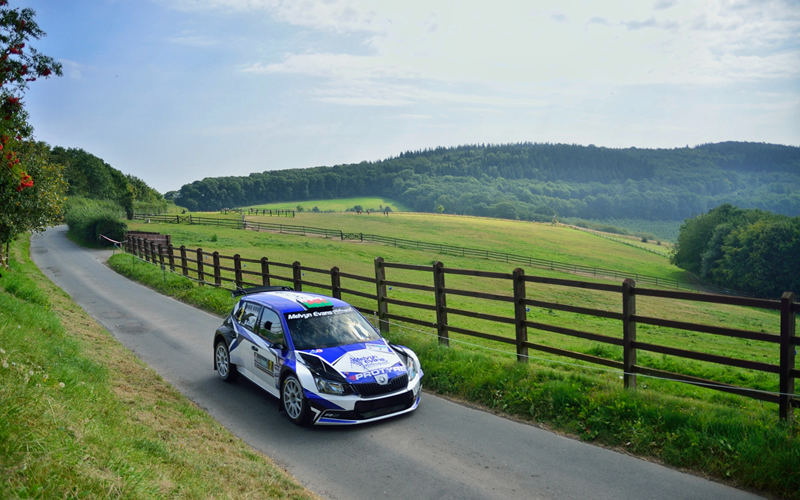 The final two stages of the first loop were both slightly shorter tests at around 5km & 6.5km respectively. The top three overall remained the same, with Mellors leading the pack and maintaining a 14 seconds gap to Meiron Evans. 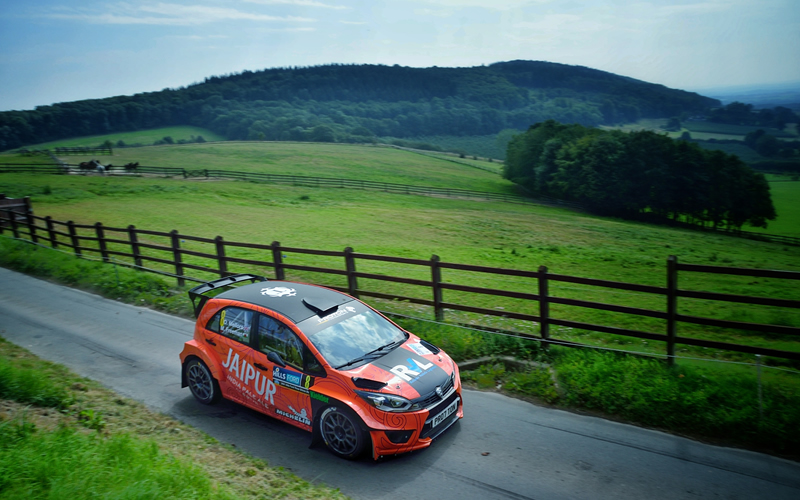 The excitement, however, was behind those two, Melvyn Evans the leading Championship driver in 3rd overall was just 1 second ahead of his rival Pritchard in 4th. As the crews headed into the first Service of the day, after just the first loop of the rally; the battle not just for the overall win but the championship honours was looking well and truly ON!. 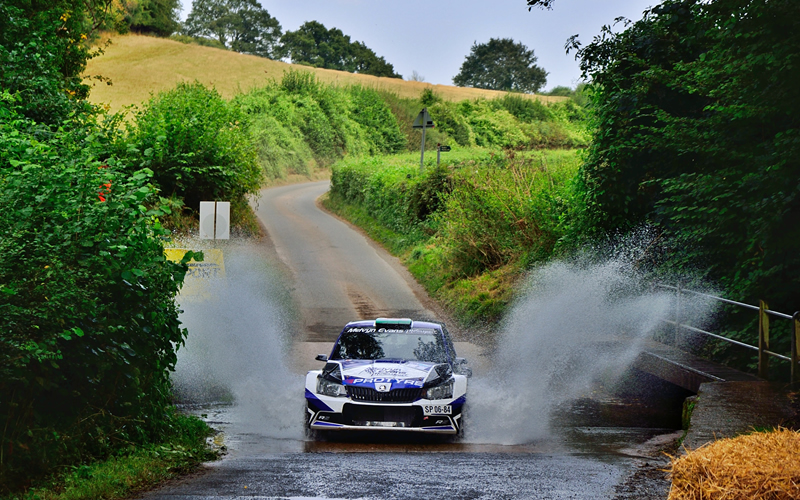 Back out after service Meirion Evans secured his third stage win on SS5 Gospel Oak 2, but only by a slender 1 second to Mellors. The ding dong battle also continued to rage on behind them, with Pritchard re-taking position from Melvyn Evans. Melvyn reacted to Pritchard instantaneously in SS6 Upleadon 2 where Pritchard had a poor run and the pair were then in joint third on the exact same time. Over the following few stages of the middle loop, Pritchard came back at Melvyn and secured his first stage win on SS8. 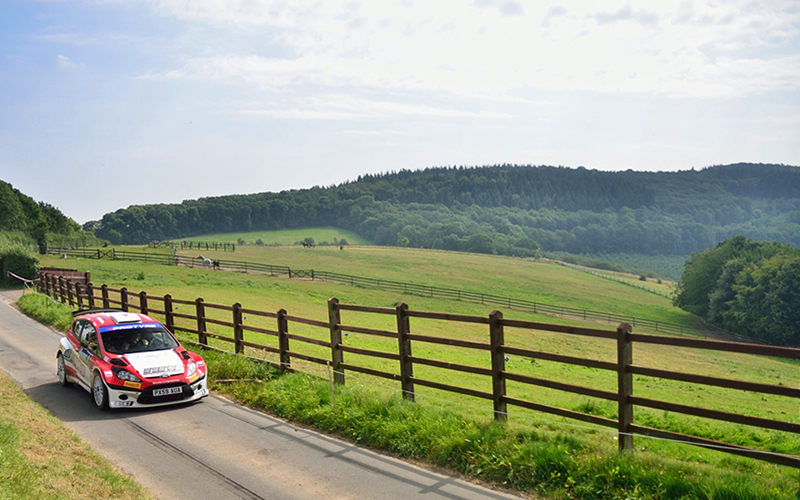 As the crews entered the final loop of five stages, the battle for the overall victory between Meirion Evans and Olly Mellors continued to rage on. Merion won stages 10, 11 and 12 to close the gap down to just 3 seconds with just two stages remaining. 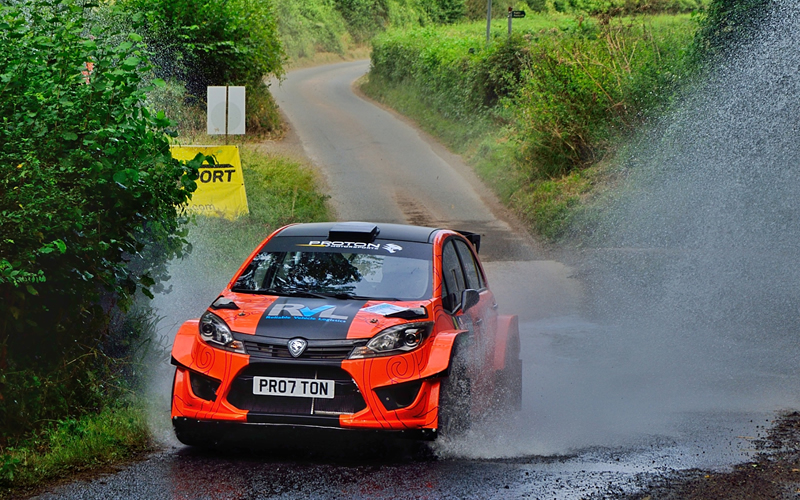 Although Mellors who had led for the majority of the rally, won the penultimate stage through Clentchers Mill; the second run through the Wellington Heath stage saw Meiron Evans snatch the overall rally victory from him by just 4 seconds in a thrilling final stage showdown. 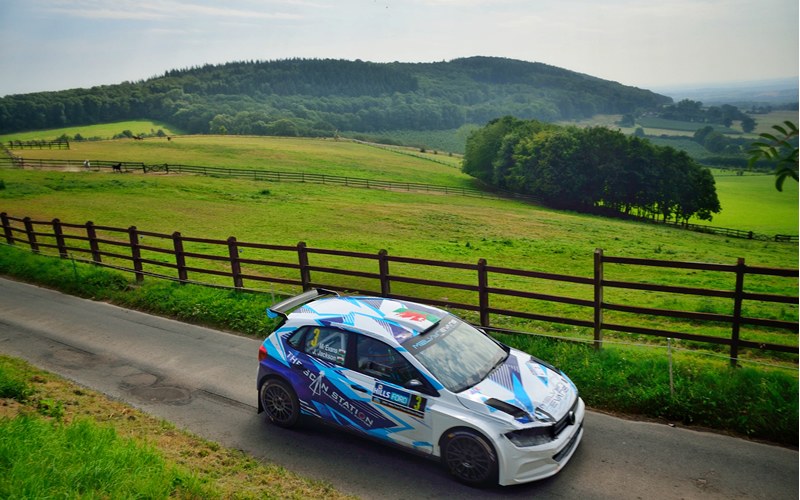 Melvyn Evans alongside Co-Driver Mark Glennerster came home in joint 3rd overall with Mark Kelly & Neil Colman in their Ford Fiesta R5. However the better stage results of the two means that Melvyn Evans claimed the Motorsport UK Asphalt Rally Championship honours with Glennerster taking second in the championships ahead of Damian Cole in third, who finished 6th overall. 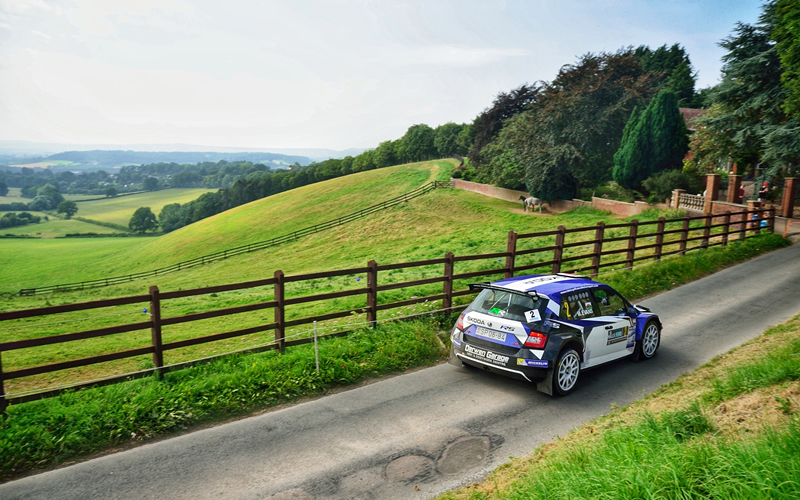 Unfortunately for our reigning Champ and 2021 title hopeful Jason Pritchard, Round 2 didn’t deliver the result needed. Having retired his Ford Fiesta S2000 with an engine misfire, he leaves Ledbury with a DNF.

The Championships heads over to the iconic Isle of Man for the Manx Pokerstars Rally 1st & 2nd September.