It certainly was not “Plain Sailing” for the Knutsford & District Motor Club on this year’s event. With Larch Tree Disease and Forestry work in the Dyfi Forest Complex to contend with in the run-up to the event, then when the day of the rally finally came around the lovely sunshine was not enough to brighten everyone’s spirits as the day progressed. 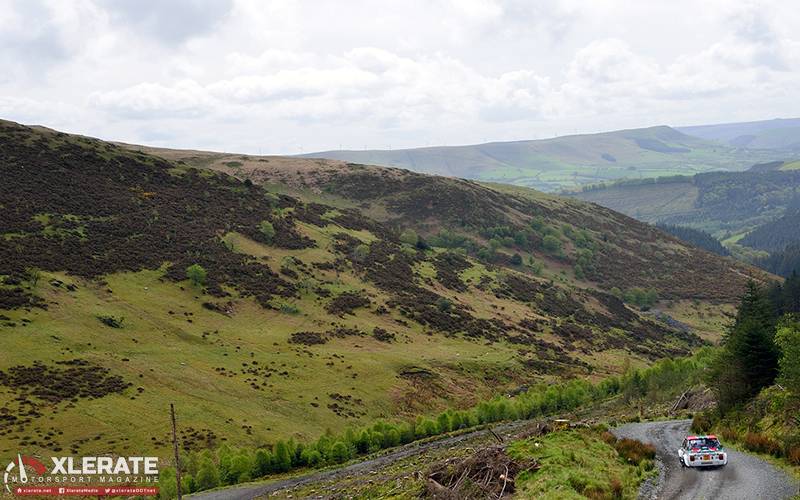 With the Southern part of Dyfi Forest out of bounds for the event the Dyfnant Forest came into play, what would typically be one large stage was split into two, a North and South route.  The same tactic was applied to Gartheiniog Forest making up just 4 stages each run twice throughout the day. With Round 4 of two major National Rally Championships in the BTRDA & Welsh National to cater for; onlookers may have had a little disappointed feeling at the un-inspiring route, but hey that doesn’t mean they weren’t challenging stages. 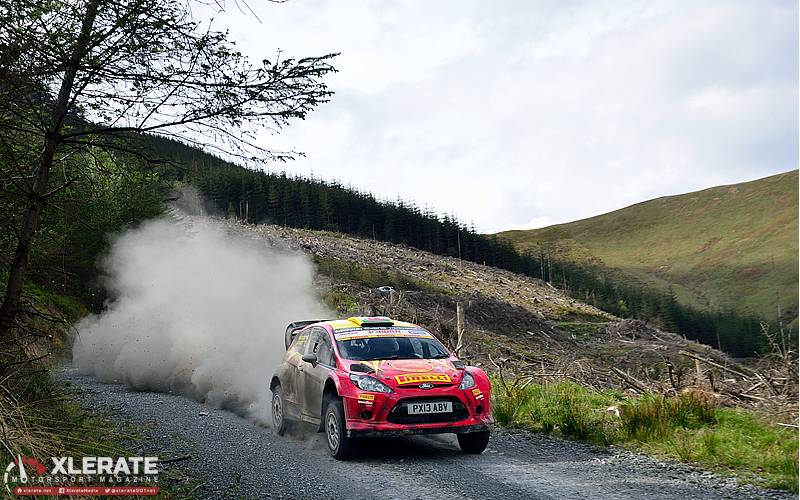 117 competitors entered the first stage of the day in the southern part of Dyfnant and after the first two short openers, Luke Francis in the Ford Fiesta WRC was leading the pack, just 6 seconds ahead of both Stephen Petch in another Fiesta WRC and Paul Bird in the 2007 Focus WRC who were both neck and neck posting the same times. 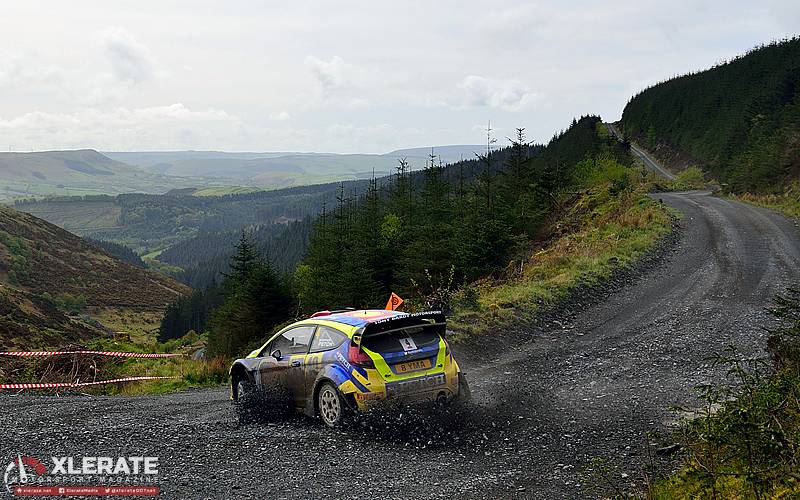 The crews then headed west into Gartheiniog for the longest of the days’ stages (5.33 miles) where events would unfold that would test the safety crews and organisers as a fairly substantial accident occurred. The air ambulance was flown in and the competitors that were involved were taken to hospital. Thankfully they were both ok with only minor injuries, paying testament to the high level of safety and build quality of day’s motorsport prepared cars. This inevitably led to the stage and the following stage (Garth East) being cancelled and notional times being applied,  long delays then followed. 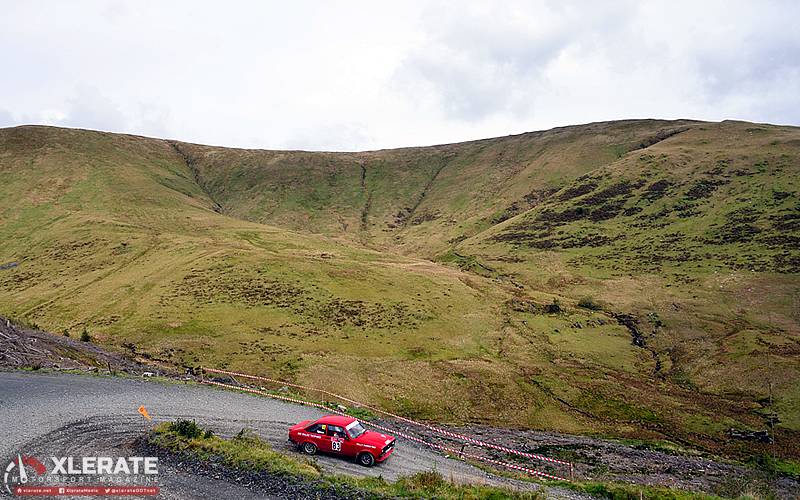 Heading into the afternoon loop of stages and it was championship regulars battling it out at the sharp end,  Francis was leading the no 1 seeded Matt Edwards who hand got back in the fight by 8 seconds with Bird in third. After the second run through the Dyfnant stages, Edwards clawed back the small-time margin and had taken first place from Francis. Bird in third maintained his small lead over Petch in fourth. 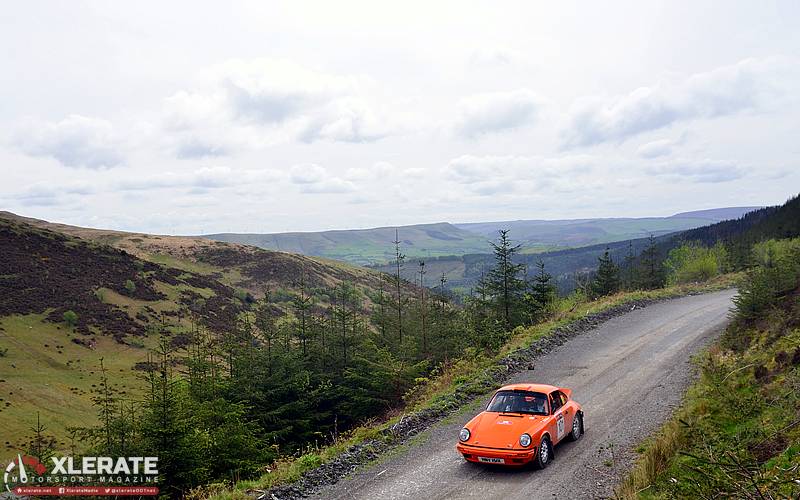 Time was starting to get on now, with all of the delays from the mornings’ incidents it was late afternoon when crews tackled the last couple of stages in the Gartheiniog forest. Edwards increased his lead over Francis in stage 7 (Garth West) leaving Francis will no real chance to fight back in the last stage of the day (SS8 Garth East) which was just such a short 3.4 miles in length. 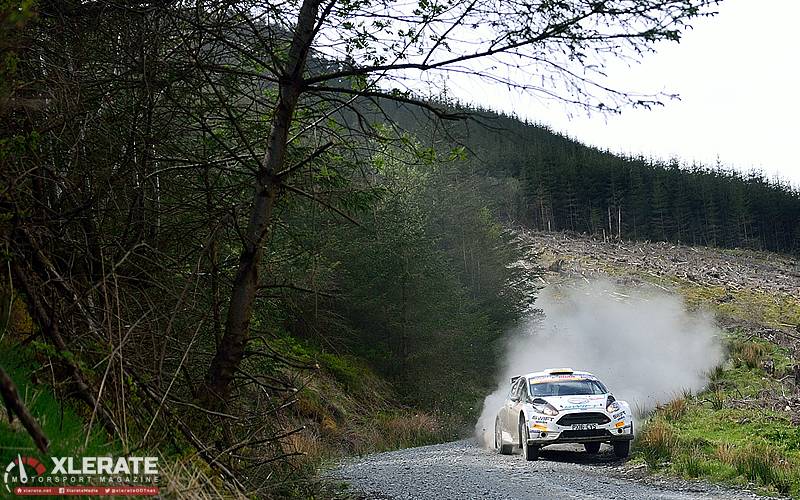 And so the day would end rather late for all (on the plus side we found a decent Kebab in Welshpool), Edwards, Francis and Bird were on the podium, in fact, the top 5 would finish exactly how they were seeded for this event. All credit must be given to the marshals, safety crews and organisers who were out on this event and all did a sterling job…. Bravo.

Full Results for the event can be found on http://www.btrdarallyresults.co.uk/results/index.php?EventID=512&e=512&ls=2